This page of The Elder Scrolls Online guide has a recommended Sorcerer build. Its idea is to make a Sorcerer become a DPS focused on dealing as much damage as possible. We have prepared general information about this character build and listed the most useful skills. 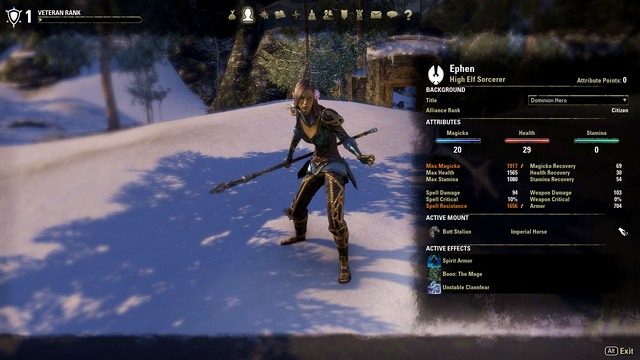 Sorcerer is a typical class created for the purpose of dealing damage, controlling groups of enemies and healing both oneself, and the party. This chapter focuses on the description of the most important properties of the Sorcerer class at dealing damage. Arguably, along with the rogue, this is the most effective class, as far as dealing damage, within a short time window, is concerned. The shortcomings of this class are the main defense statistics. This is due to the fact that, to use your passive abilities effectively, you need to wear a light armor (the so called Glass Cannon). Fortunately enough, if you use the vast array of your abilities efficiently, you are capable of withstanding even the greatest of challenges (PvE and PvP).

In the set connected with the first weapon, you focus mainly on the offensive abilities. It is ideal for hunting in groups, in dungeons, where you get healed after sustaining damage. The basic weapon is the magic staff of ice, fire or lightning (Destruction Staff). The first ability can be used against a single target (Crystal Fragments). It deals huge damage and, in combination with luck, you stand a chance to kill the opponent with one ability, through a critical hit. If the opponent survives, you additionally cast Weakness to Elements, which decreases their defense to elements. If the opponent is all by himself, cast Endless Fury, which will probably kill them with the explosion (20% of health). If there are several opponents, cast Lightning Splash into the middle of the group and finish them off, one by one, with the Endless Fury. After casting Liquid Lightning, an ally can activate synergy, which will cause a Nova and deal lots of damage over vast area. The Inner Light is to be initiated and it remains on, until death. Use the ultimate ability only in heavy clashes, which provides you with lots of damage, not only against bosses, but also against groups of monsters and the other PvP players.

In the set with the second weapon, you will focus on playing solo so, it is a good idea to have a good healing ability on the selection bar (it is necessary to use the Restoration Staff). With this build, you are capable of handling any situation, be it a group of monsters, be it a boss. The order is similar as in the case of the first weapon and, when your health drops to a critical level, cast the Healing Springs. The monster that you summon will charge at the opponents and the entire fire will focus on it so, it is a good idea to keep an eye on its health bar. The ultimate ability draws attention not only away from you, but also away from the summon, which makes you even safer. Atronach can be healed at any moment and reflect the opponents at a distance and, if there is an ally nearby, he can activate synergy, which increases the damage dealt by the summon.

As a class, Sorcerer requires, of the player, the highest Magicka amount. It is, therefore, a good thing if you spend the point on Magicka, each time you reach a higher level. At some point, the amount will be disproportionately higher than the value of the rest of the statistics and the game will impose a penalty on you, in the form of lower amount of points awarded for Magicka (usually 15, with the penalty - 10). At such moments, it is a good idea to focus on another one. Since the sorcerer does not make too much use of Stamina-based abilities, it is a good idea to spend the points on Health, which offers you a longer life expectancy in the battlefield, thanks to which, you will partially alleviate the effect of the "Glass Cannon". 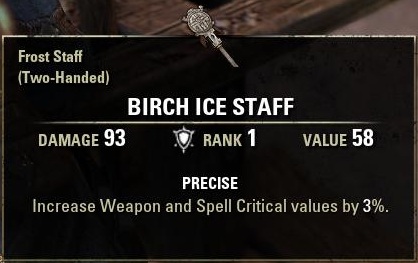 The items that you need for the game, are typical for the Sorcerer class. Of course, there is nothing standing in your way, if you want to use completely different weapons but, for this build, the ones that work best are the ones intended for mages.