Flame of the Fell God 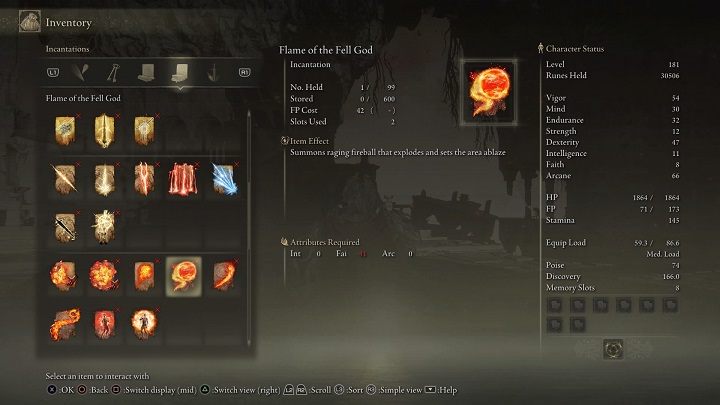 The Flame of the Fell God incantation is a reward for defeating Adan, Thief of Fire. You'll learn how to find and defeat him on the page dedicated to Adan. 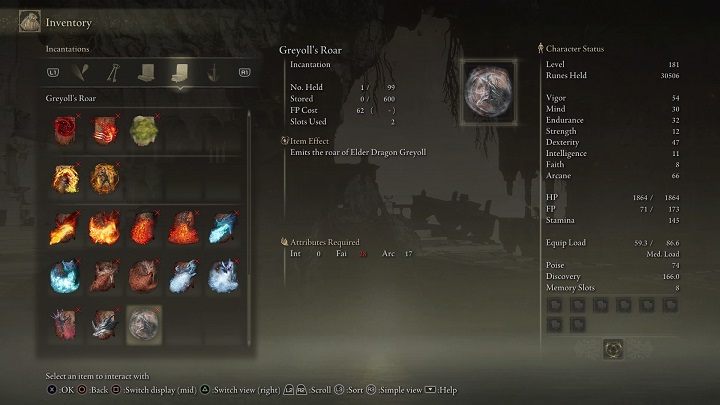 How to get it? Defeat a specific opponent and head to the right place.

Obtaining Greyoll's Roar requires you to head to Greyoll's Dragonbarrow in Caelid. 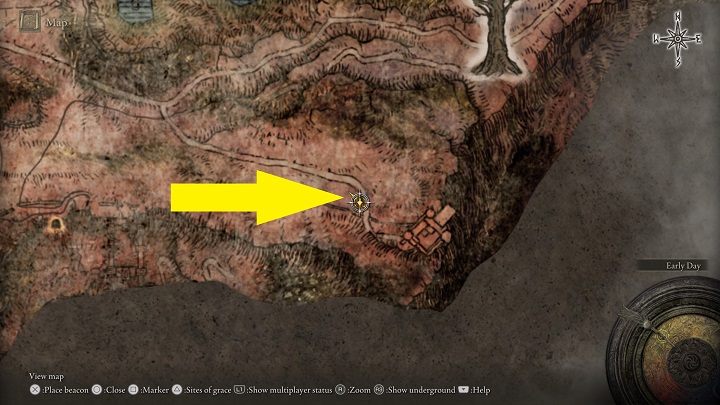 West of Fort Faroth is a huge dragon guarded by a group of smaller dragons. We've marked Fort Faroth's site of grace on the region map with number 34. 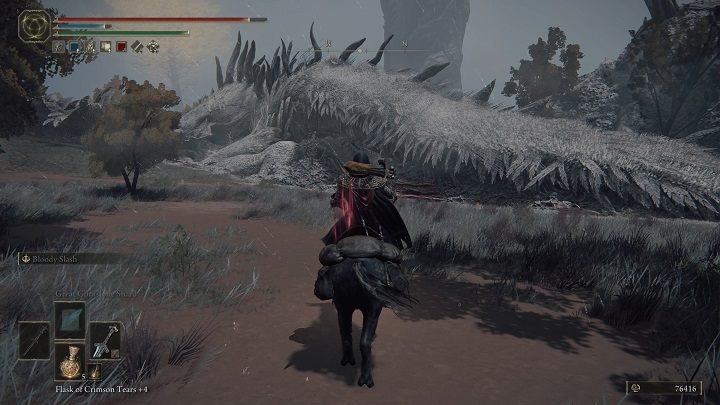 The dragon is exhausted and won't attack you. Sneaking up on it from behind will let you avoid the minor dragons as well. 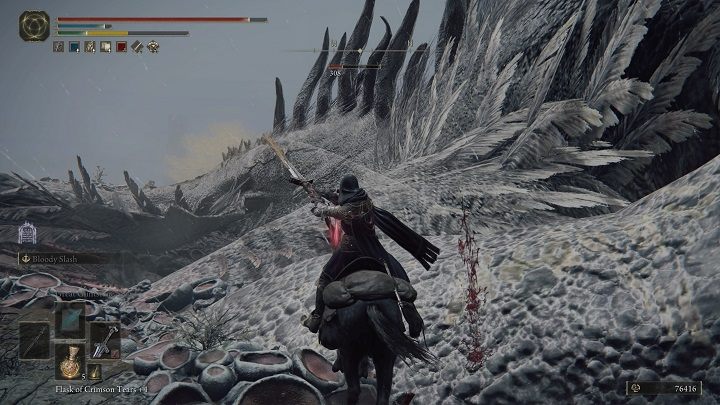 Stand before the dragon's hind leg and tail and start patiently attacking. Weapons inflicting hemorrhage can kill it much faster.

Killing the dragon rewards you with a ton of runes (especially useful early on in the game) and 5 dragon hearts. Now you can head to the Cathedral of Dragon Communion and purchase the incantation. It will cost you 3 dragon hearts. 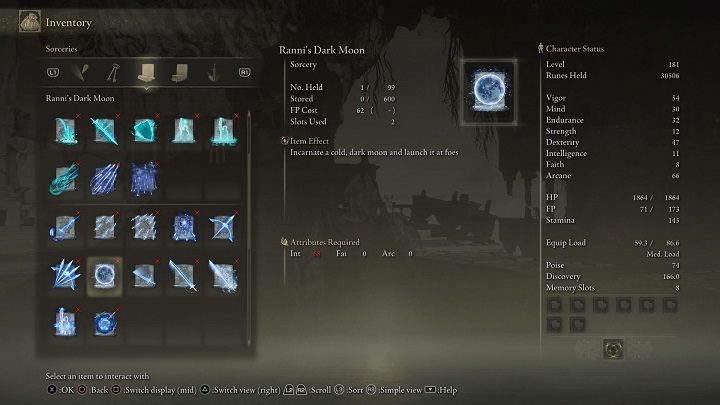 How to get it? Complete a large part of a side quest and head to the right place.

Ranni's Dark Moon can be found in Chelona's Rise. On the map showing Liurnia of the Lakes, the tower is located by the site of grace marked with number 53.

You need to complete nearly all of Ranni's questline before you can reach it. You'll learn how to do it on a page dedicated to the questline. 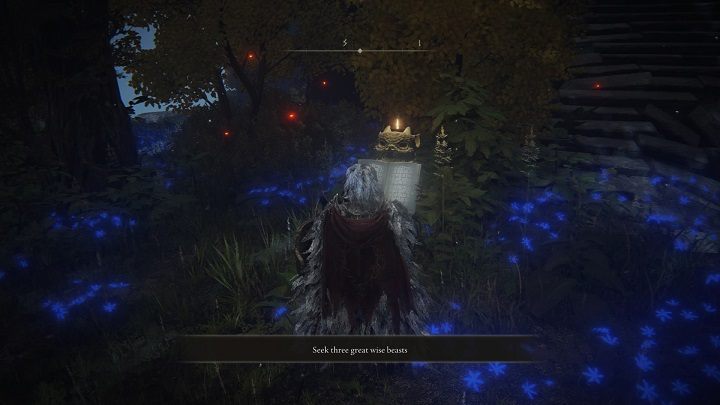 You must solve a puzzle to enter Chelona's Rise. It requires you to find and kill three magical turtles. The puzzle starts once you read the hint resting on a gargoyle in front of the tower.

Don't use any sites of grace or fast travel when hunting the turtles. You must reach each one on foot. 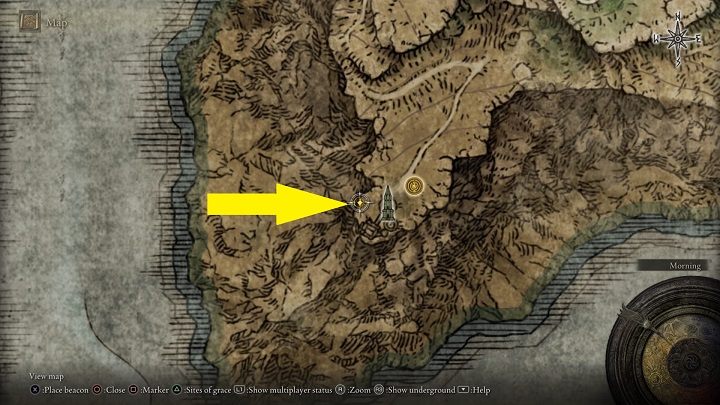 The first turtle is west of Chelona's Rise. Approach the edge in the place shown on the map above and look down - the turtle is on the wall. Hit it with some kind of a ranged attack. 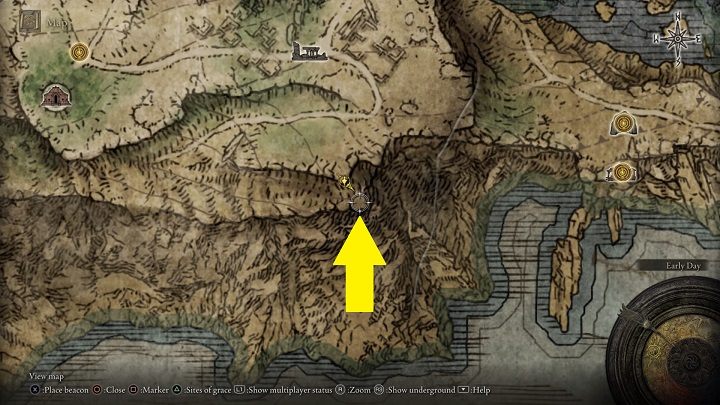 The second turtle is on a small plateau in the south-eastern part of the area. Stay as high up as possible when heading to the place pictured - this will let you easily spot the turtle. 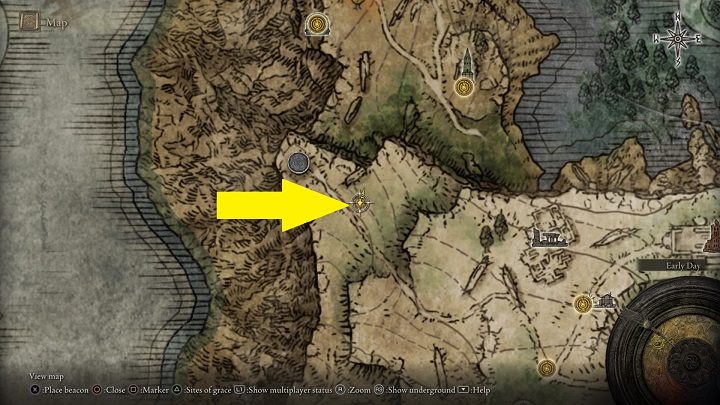 The third turtle is on the way to Alecto's arena. There's a spectral stream in the place pictured on the map above which will let you rise high up (if you're mounted at the time). The turtle is high up in the air, so you first need to jump inside the stream and hit it in mid-air.

Sometimes you can encounter a glitch which prevents the second turtle from spawning. If this happens, return to Chelona's Rise, read the gargoyle's clue again and walk back to the second turtle.

You can also jump in random directions using the spectral stream by the third turtle. After a few jumps (up to ten of them) you can be notified of the tower now being open. 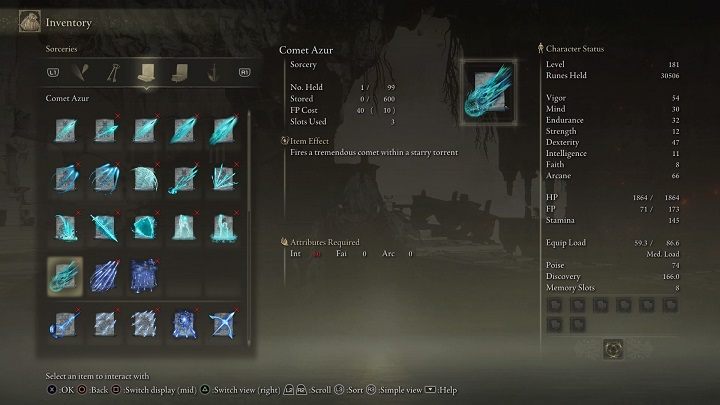 How to get it? Defeat a boss and head to the right place. 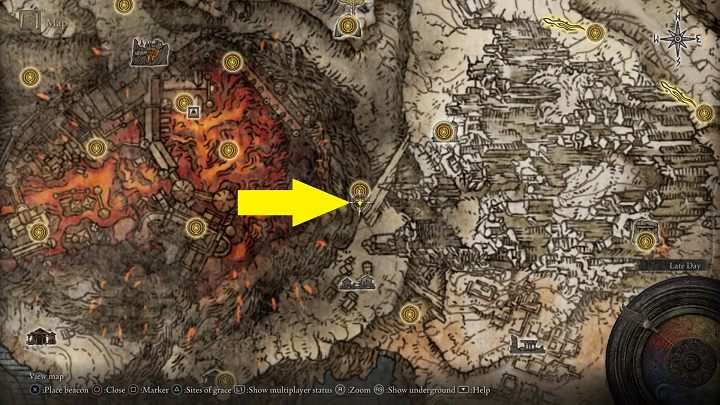 After dealing with Maggie keep walking, heading to the cliff north-west. We've pictured the exact location above. 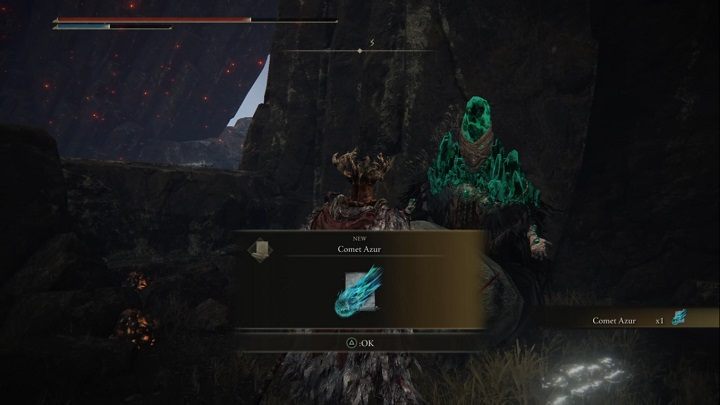 That's where you'll find the Primeval Sorcerer Azur. Interact with him to obtain the sorcery. 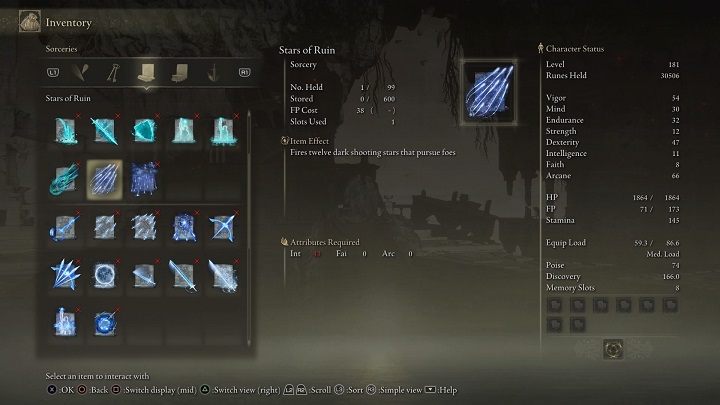 How to get it? Complete a part of a side quest and head to the right place.

You can obtain the Stars of Ruin sorcery during Sorceress Sellen's questline - you'll find more information on her page. 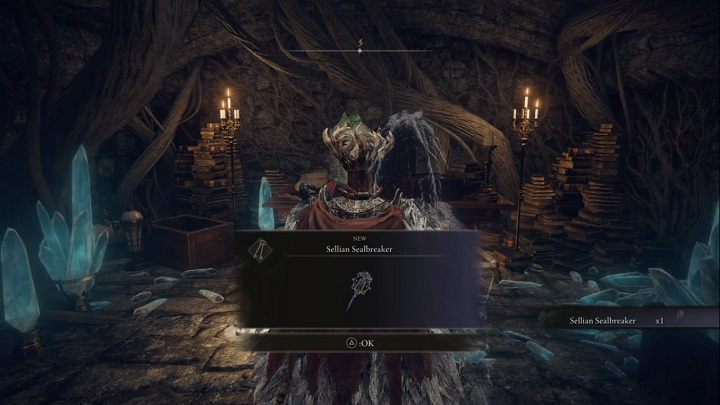 After obtaining the Sellian Sealbreaker you'll unlock the Sellia Hideaway dungeon - we've marked its site of grace with number 33 on Caelid's map. Here you can face three Crystalians. 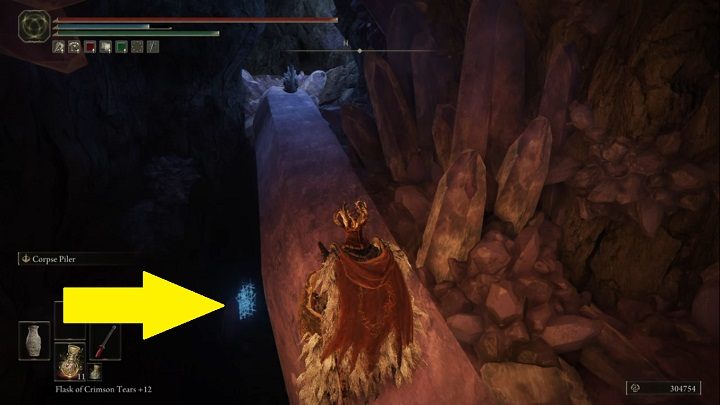 As you're exploring the hideaway and moving along the large crystals, you'll spot a seal below you must head to. We've pictured the second hole encountered above. Jumping down the first hold won't lead you to your destination. 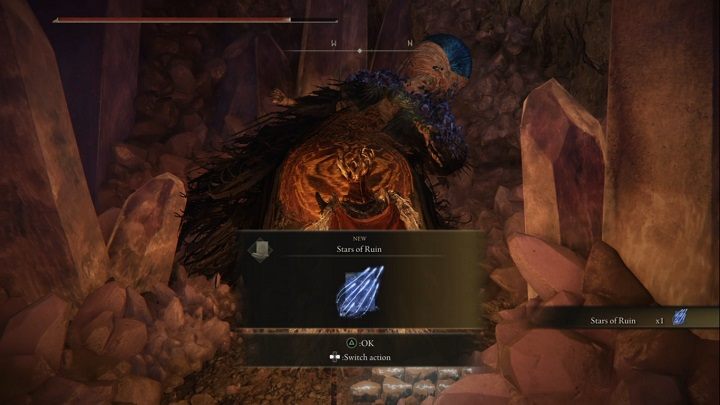 Once you're down there and you break the seal, interact with Master Lusat. This will let you learn the sorcery. 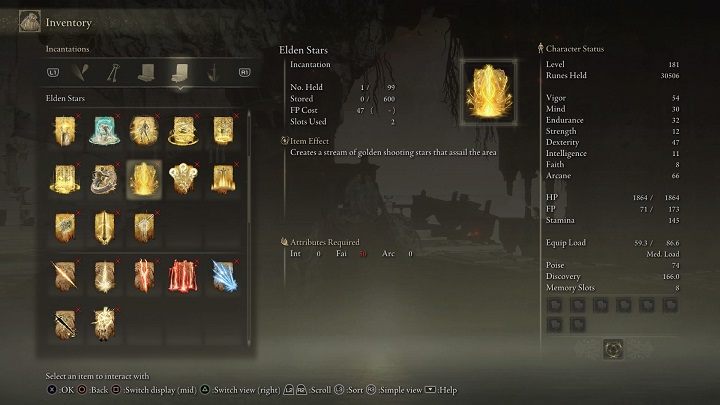 You'll find the Elden Stars incantation in Deeproot Depths. We recommend starting off from the Great Waterfall Crest site of grace - we've marked it with number 1 on the map. 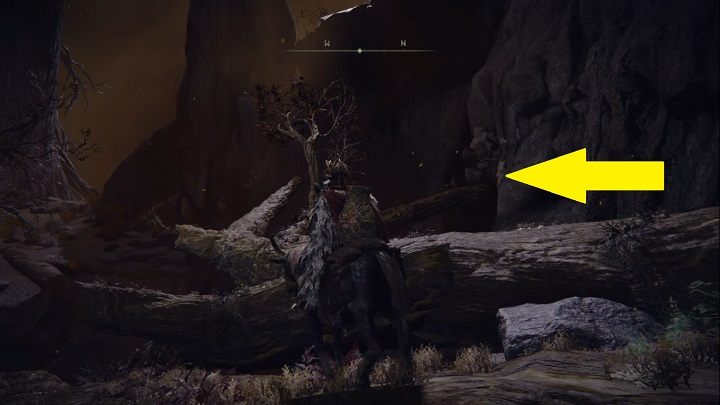 From there, head west to one of the huge roots. Your destination is a small cavern pictured above. You can reach it by following the roots. 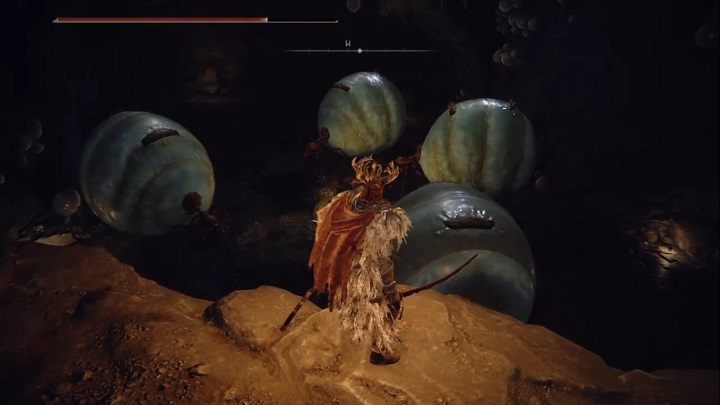 Once inside you need to drop down to a lower level, to where the giant eggs are.

There are a lot of ants here you should deal with. They don't give many runes, but they drop Numen's runes which can be used to obtain 12,500 of them. You can also get a few rune arcs here. 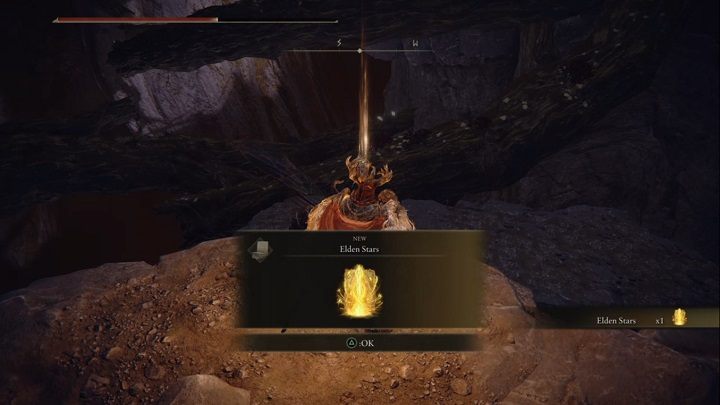 Head to the south of the area to find the incantation. It's at the cave's exit, next to the corpse. 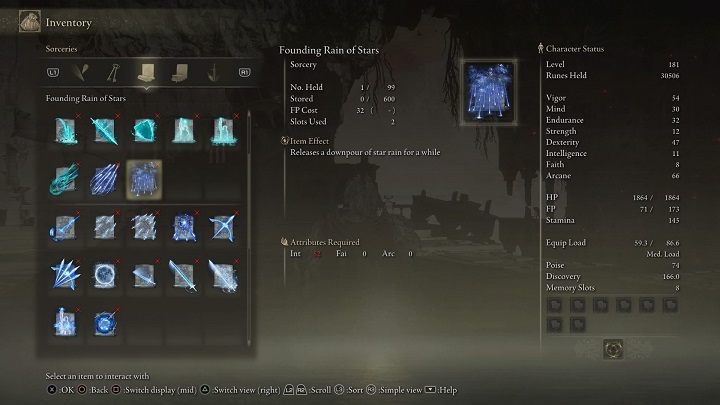 You'll find the Founding Rain of Stars in the Heretical Rise. It's located in the Mountaintops of the Giants. We recommend starting the journey from the Snow Valley Ruins Overlook site of grace. We've marked it with number 13 on the area's map. 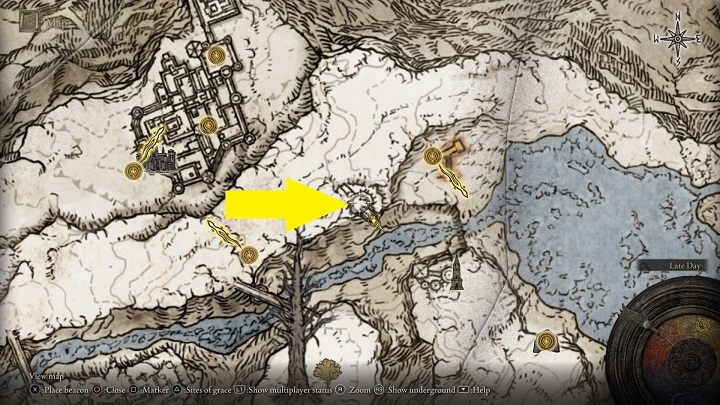 You must head north-east, towards the damaged bridge. We've pictured its exact location above. 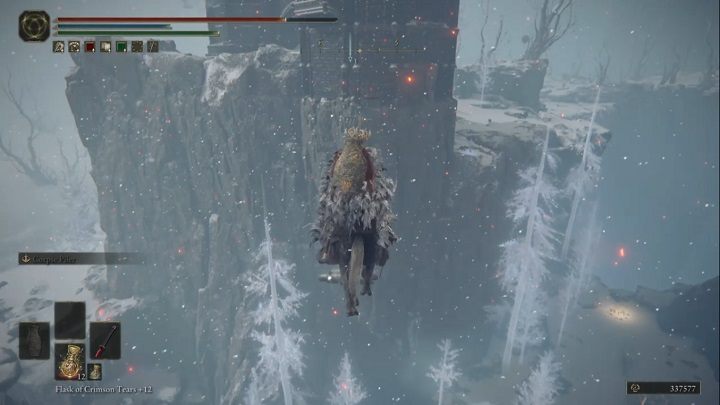 Once you're there, head towards the Heretical Rise (south-east) and move forward. There are invisible platforms here, but unfortunately they're not in a straight line. At some point the path to the tower gets more complicated. 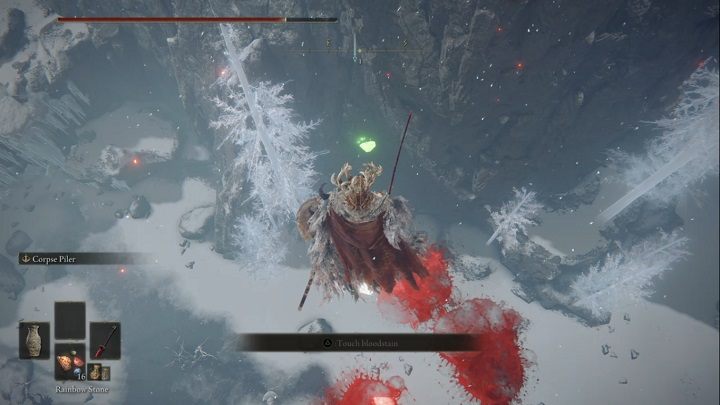 The rainbow stones are the safest way forward. They can never fool you, unlike other players. Even without using them, you'll eventually notice some faint mist which shows you the way forward. 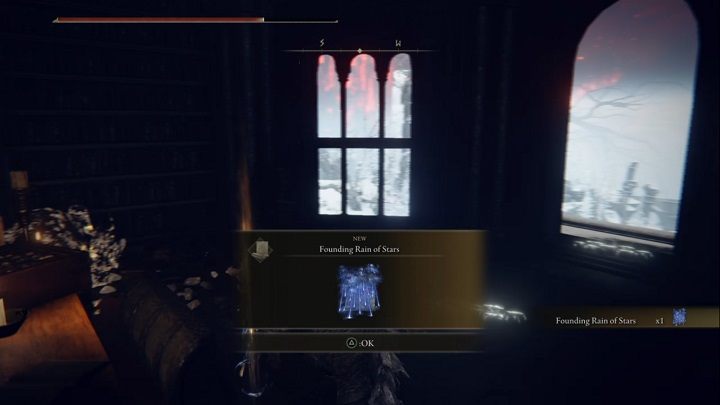 After reaching the tower simply deal with the enemies here and reach the top. The sorcery is there, inside a chest.