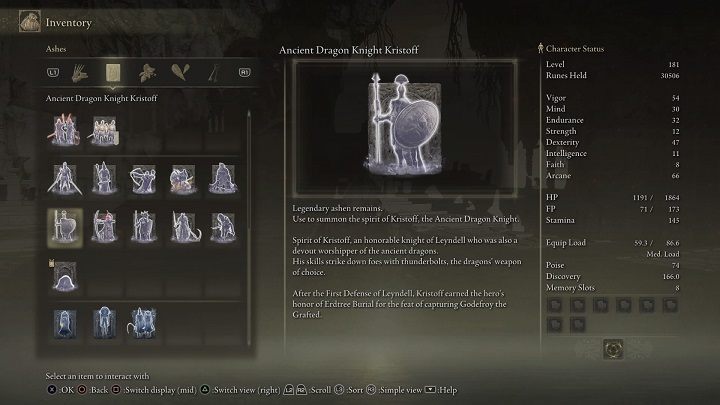 Ancient Dragon Knight Kristoff's ashes are a reward for defeating the Ancient Hero of Zamor in the Sainted Hero's Grave. You'll find more information on the page dedicated to the boss. 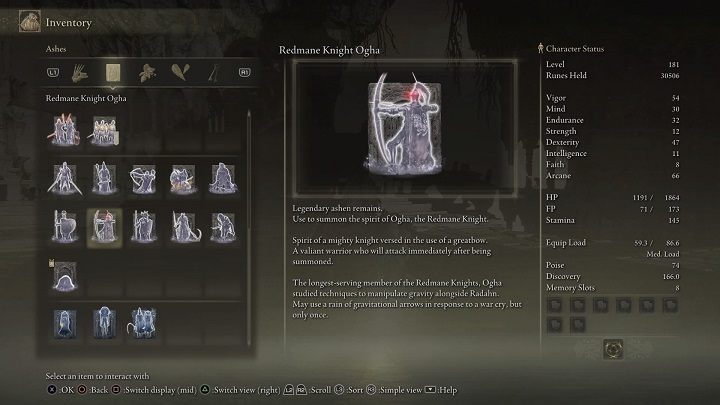 Redmane Knight Ogha's ashes are a reward for defeating the Putrid Tree Spirit. You'll find it inside the War-Dead Catacombs in Caelid. You'll find more information on the Ulcerated Tree Spirit's page. 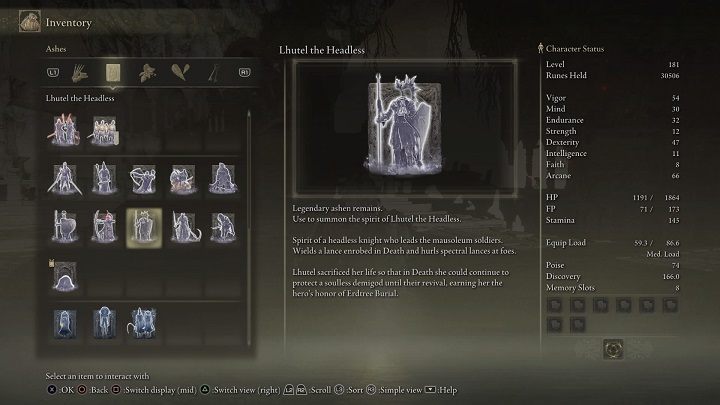 Lhutel the Headless' ashes are a reward for defeating the Cemetery Shade. You'll encounter it on the Weeping Peninsula, inside the Black Knife Catacombs. You'll find more information on the Cemetery Shade's page. 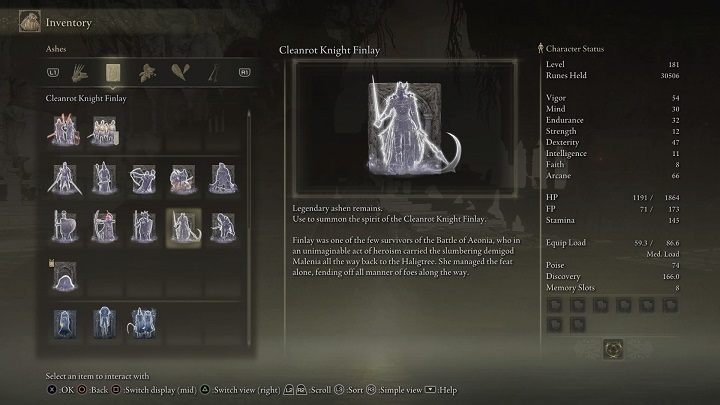 Redmane Knight Ogha's ashes are located in Elphael, Brace of the Haligtree. Head north from the Prayer Room. 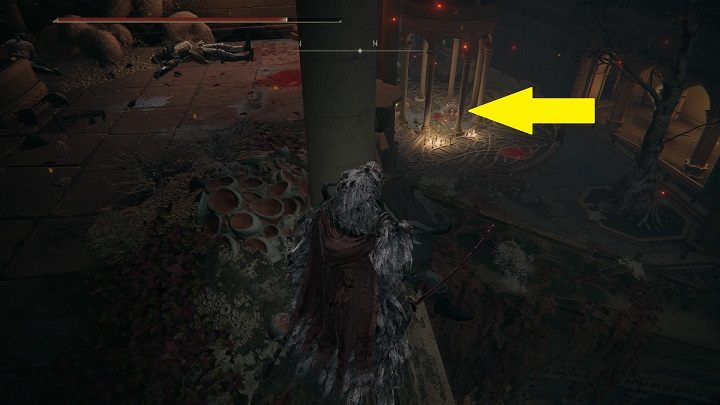 Keep going until you reach two staircases, leading up and down. Go down the staircase and approach the corpse hanging over the damaged railing. There's a structure in front of it you can use to reach a small shrine - the one where the beetle is, pictured above.

To the left of this place there's a small room with a cleanrot knight and a chest. That's where the ashes are. 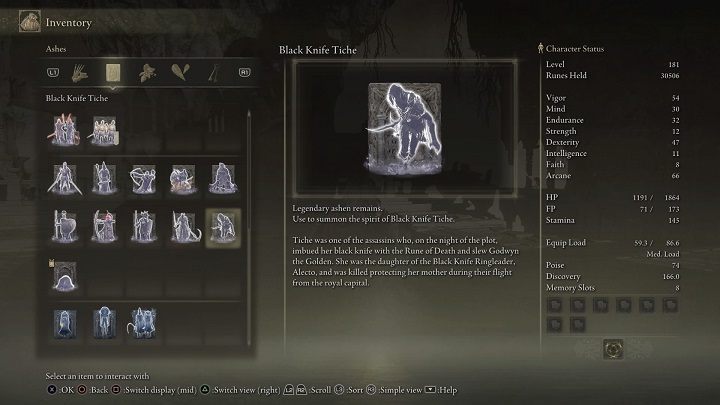 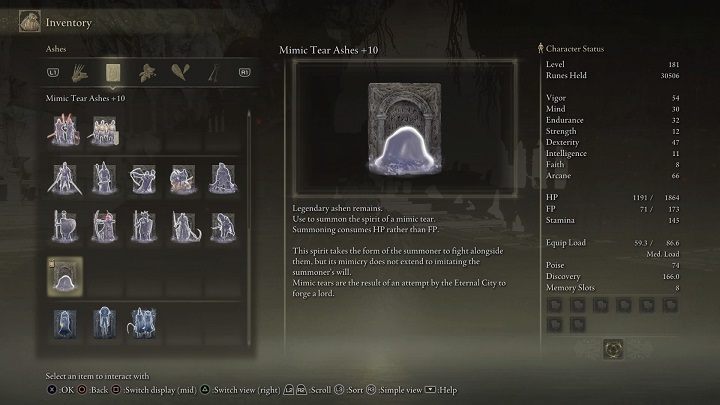 The Mimic Tear ashes only become available once you defeat Starscourge Radahn. You'll need a Stonesword Key as well. The ashes are located in Nokron, Eternal City . First, you must defeat the Mimic Tear.

Then head to Night's Sacred Ground near the Ancestral Woods site of grace. We've marked it with a number 6 on the Siofra River's map. 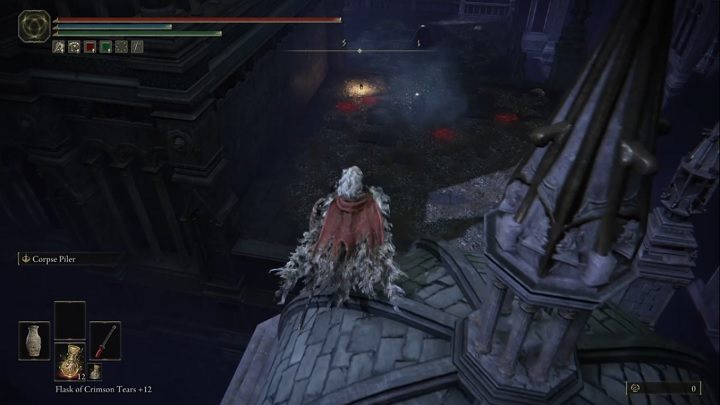 From there you must jump down to a nearby rooftop and head south-west. Walking along the ledges you'll eventually reach a place from which you can see the rounded tower roof. Get down onto it and take a running jump forward, to a floor below - just like pictured above. 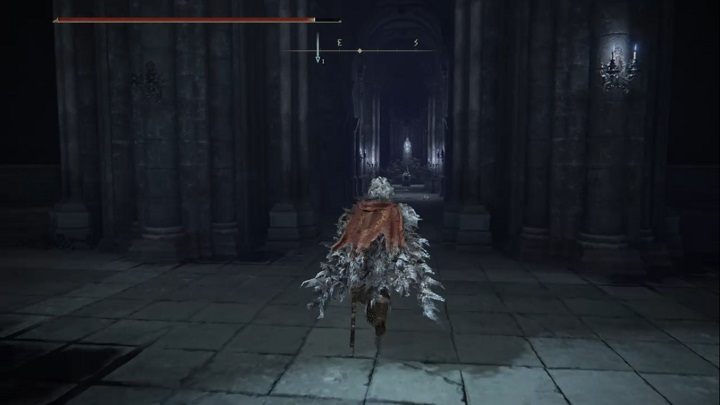 After defeating the enemies and getting through the square you'll reach a damaged structure high above the ground. Use it to get to the other side, then jump out of the window to reach the building's interior.

Pass the altar to the north-east and head to the passage to the south-east. There's a room hidden behind some fog there. Here's where you must use a Stonesword Key. Behind the fog there's an enemy and a chest containing Mimic Tear Ashes.