This page of our Elden Ring trophy guide explains how to obtain all of the Legendary Armaments. There are 9 of them in total, but 2 can be permanently missed if you defeat Maliketh, the Black Blade before obtaining them. If this happens, you'll need to start a new game or obtain the weapon in question from another player. 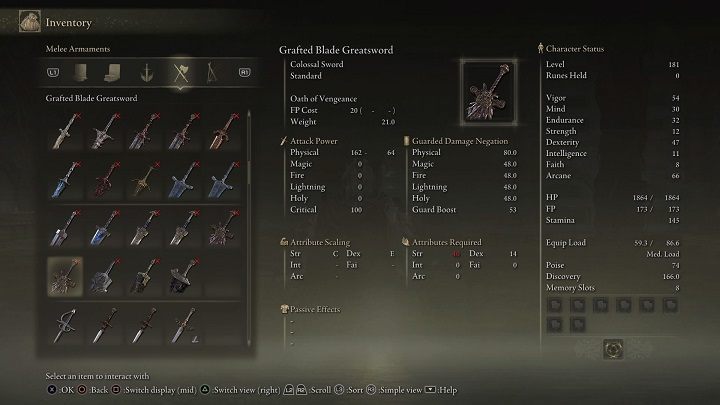 You obtain the Grafted Greatsword by defeating the Leonine Misbegotten. He can be found on the Weeping Peninsula, in Morne Castle. You'll find more information on the page dedicated to the boss.

Sword of Night and Flame 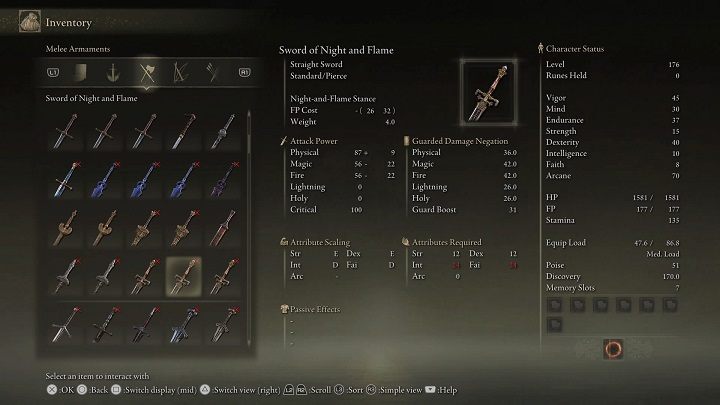 How to get it? Find the correct location. 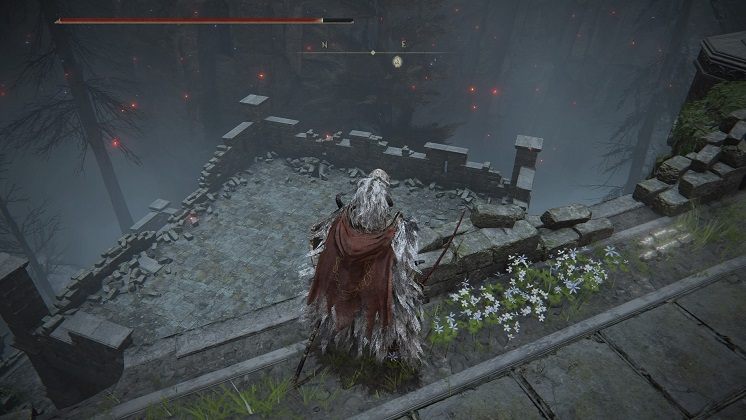 Before reaching the end of the wall, look to the left at its damaged section. You'll see a roof you must jump onto (pictured above).

While on the roof head north and jump down behind the breach in the wall. You'll eventually reach a ladder. Use it to enter the room where the sword is. Simply open the chest to get it. 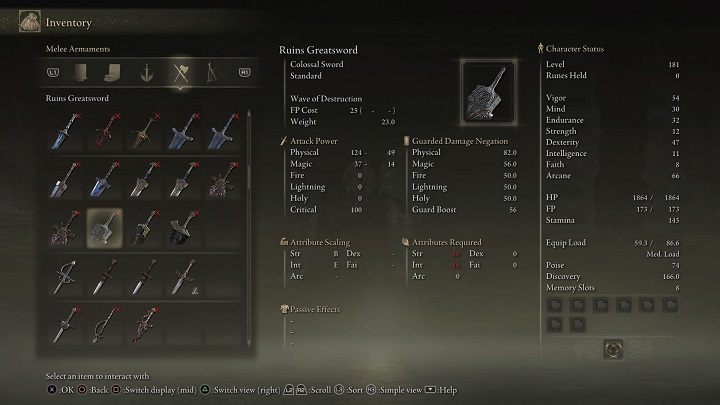 How to get it? Defeat a boss duo.

The Ruins Greatsword can be obtained in Redmane Castle. You can get it before progressing Ranni's questline (before the festival starts) or after defeating Radahn. The castle is located in south Caelid - its site of grace was marked on our map with number 13. 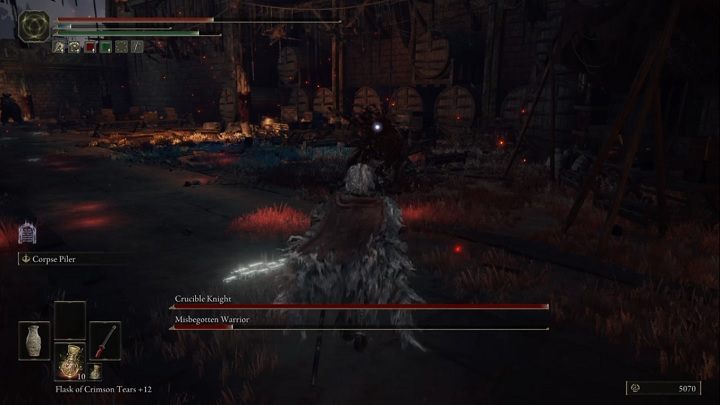 Once you get the Misbegotten down to half HP, the shield-wielding Crucible Knight will join the fray. Focus on finishing off the Misbegotten before attacking the Knight. This fight is tough and can be problematic even late into the game. Remember you can use summoning ashes or summon other players for help. 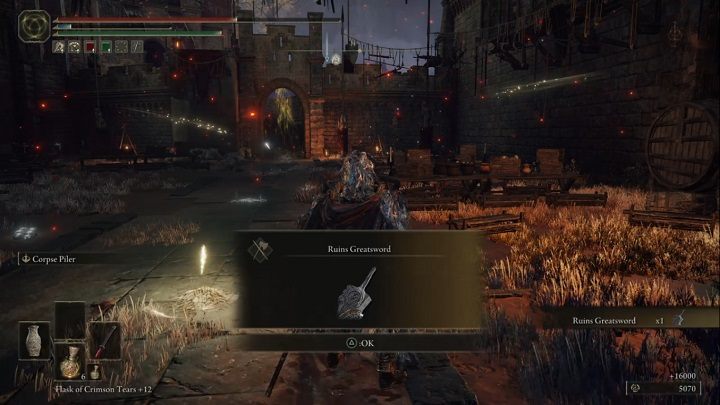 Winning the battle rewards you with the Ruins Greatsword and 16,000 Runes. 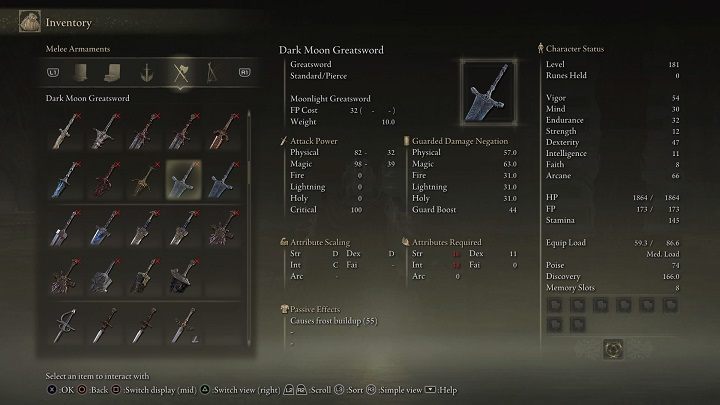 How to get it? Complete a quest.

Obtaining the Dark Moon Greatsword requires many steps and visiting many different locations. This weapon is a reward for completing Ranni's questline. 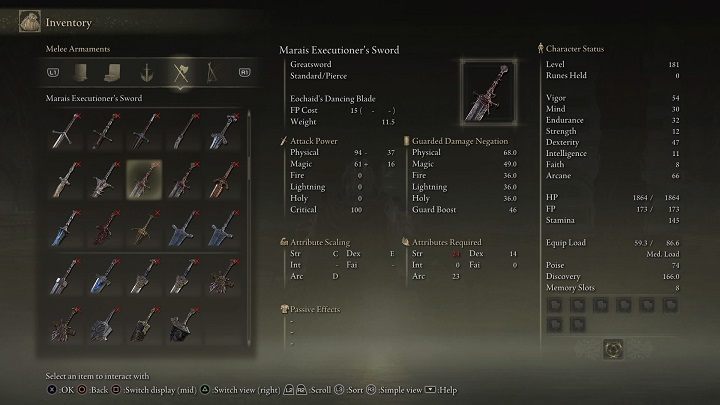 The Marais Executioner's Sword is a reward for defeating Elemer of the Briar. You'll find information on how to find and defeat Elemer on a separate page. 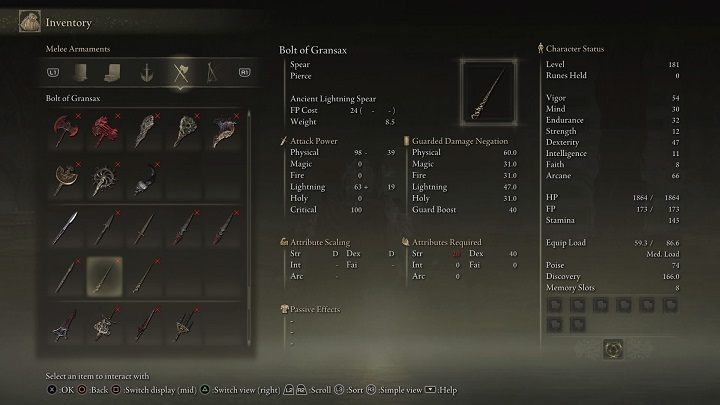 How to get it? Find the correct location.

The Bolt of Gransax is one of the missable weapons you must obtain before defeating Maliketh.

You can find it in Leyndell, Royal Capital . We recommend starting off from the Erdtree Sanctuary site of grace - we've marked it with number 18 on the region's map.

Starting there, head west and go outside. You'll find an elevator leading down. After leaving the elevator head towards the giant spear visible far away (the one stuck in the huge dragon) until you're right in front of it. Jump down and climb towards the weapon. 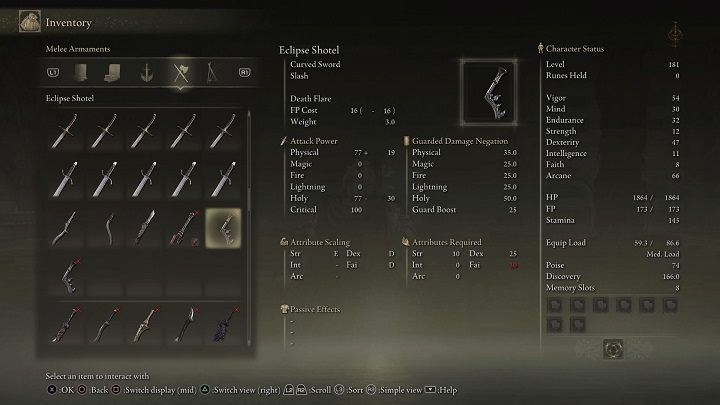 You'll find the Eclipse Shotel in Castle Sol. While exploring you'll eventually find the Church of the Eclipse site of grace. The weapon is by the church podium. 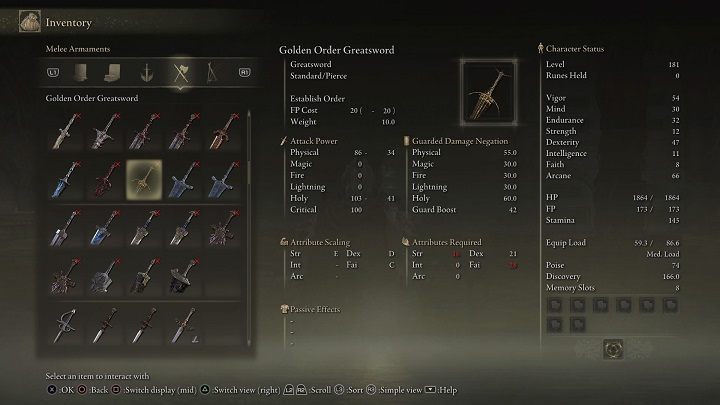 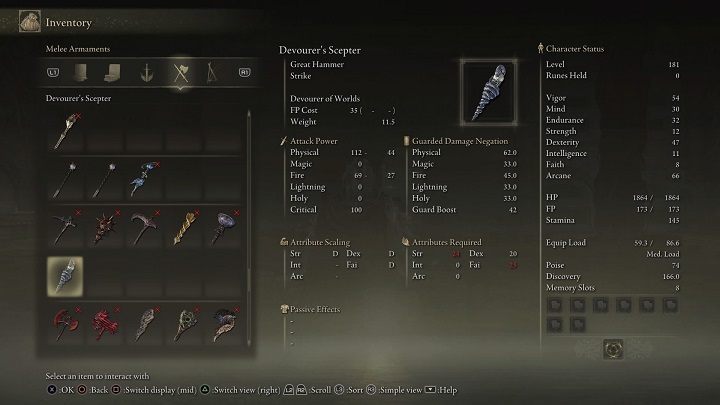 How to get it? Killing a specific character or completing a quest.

The Devourer's Scepter can be obtained very early on in the game, so even if you miss it, you can easily get it after starting a New Game. The easiest way is heading to the Warmaster's Shack in Stormhill and killing Bernahl.

If you do not want to do so, you can still get the weapon by completing Bernahl's task during the Volcano Manor quest. You'll find more info on the page describing Tanith's quest. After you kill Rykard, Bernahl will attack you in Crumbling Farum Azula.

The fight takes place in front of the tower you'll reach from the Beside the Great Bridge site of grace. This site of grace is near Maliketh's arena. 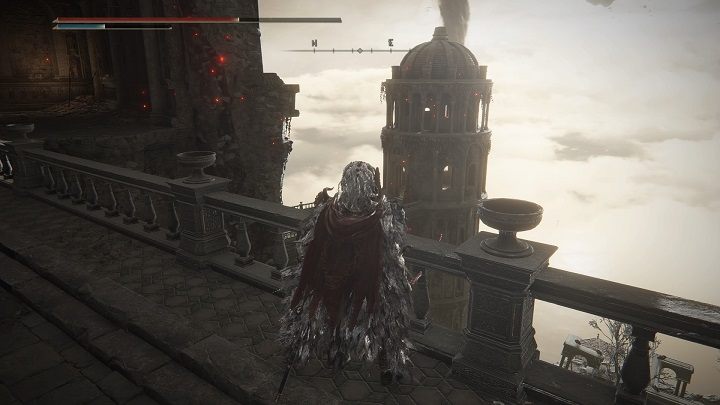 Instead of entering the arena, head to a building in the opposite direction. When you're standing on a bridge, by the railing, you should see the tower in the east (pictured above). Bernahl will attack you when you get close enough (if you've completed his missions). He'll drop the Devourer's Scepter once you kill him.

Warning: We recommend getting this weapon before facing Maliketh. It's possible for Bernahl to not invade you anymore if you've already beaten the boss. It's possible the problem was solved in one of the patches, but it's better safe than sorry.