This page of the guide to Elden Ring contains tips on how to find the Kindred of Rot encountered in Mt. Gelmir, more precisely in the Seethewater Cave . You will learn how to fight the boss and which attacks you need to watch out for. Additionally, you will read about the potential rewards and find out the boss's location. 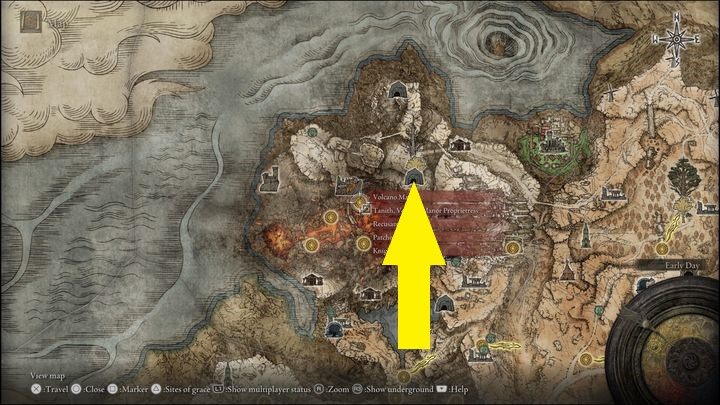 You'll encounter this boss at Mt. Gelmir, near the Volcano Manor . You must enter the Seethewater Cave and reach its end. 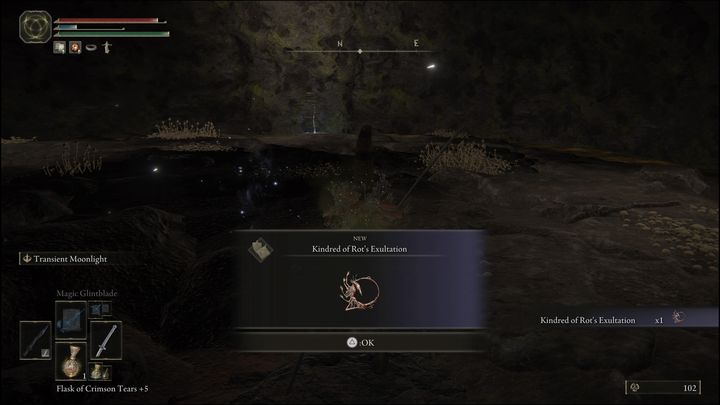 Immediately after entering the arena, summon the demi-humans, a pack of wolves or any other ashes which summon several allies at once. They'll keep the other boss occupied for a long while. 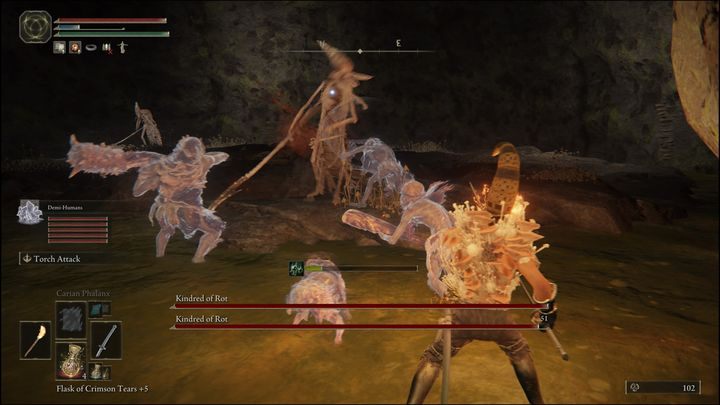 Focus on one opponent at a time. Try to stay on surfaces not covered with poison. Use jump attacks, as they can interrupt many of the bosses' attacks. 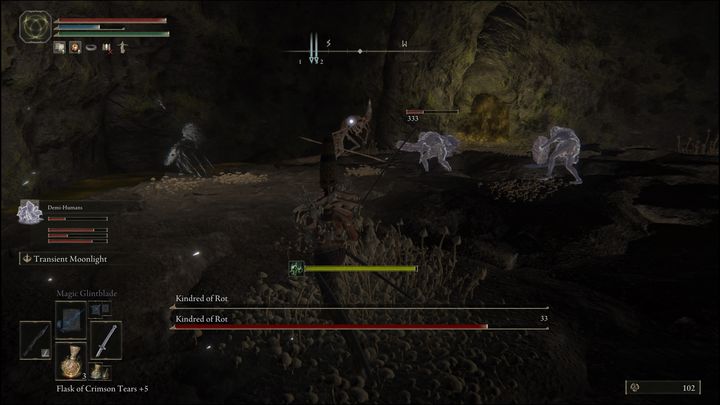 The swarm of projectiles is their most dangerous move, as even if they miss you, they can turn back and hit you in the back. They don't deal much damage individually, but can get you in trouble if they all hit. Stick close to the enemies, as then they shouldn't use this move too often.

Once you manage to kill one of them, the other one shouldn't pose you much trouble.