This page of the Elden Ring game guide contains tips on fighting Esgar, the Priest of Blood. You will learn how to fight the boss and which attacks you need to watch out for. Additionally, you will read about the potential rewards and find out the boss's location. 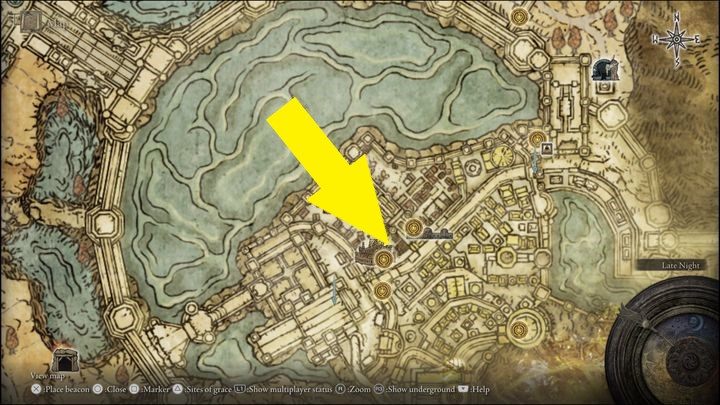 The boss is located in Leyndell, Royal Capital, more specifically in the Leyndell Catacombs. You'll find them beneath the capital, in the sewers. If you don't know how to get there, check out this page of the guide: Dungeater/ Blackguard Boggart. 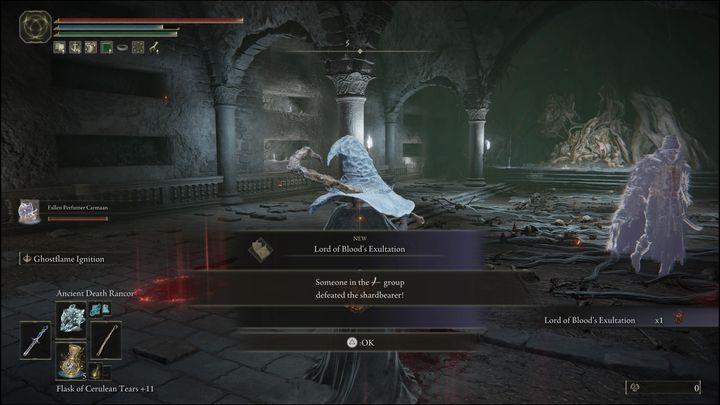 For defeating Esgar, the Priest of Blood, you will receive the Lord of Blood's Exultation talisman and 30,000 Runes.

Just as soon as you enter the arena, use a summon to make the fight easier. Then the dogs should attack you first. We recommend defeating them as soon as possible, as otherwise they will make the boss fight much more difficult. 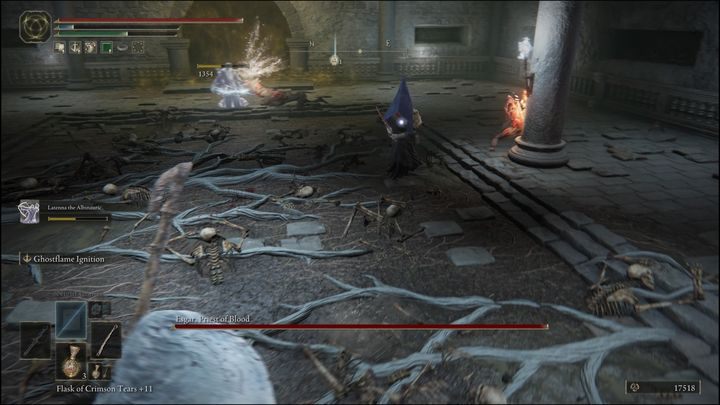 Defeating the dogs will make the fight against Esgar much easier. He's not as hard to beat if you keep a close distance. If you keep a long distance, he will start using a lot of blood incantations. When he launches a swarm, you'll likely take damage from it anyway. However, you'll take zero damage if you swiftly escape from the cloud, because you'll avoid getting inflicted with hemorrhage.

Also, be careful of the blood claws he uses when you are in front of him. After a while, fire will form and explode, dealing fire damage and inflicting hemorrhage. This attack, however, has a very low range, so all you need to do is dodge backwards.