This page of our guide to Elden Ring contains tips on how to beat the different variants of the Demi-Human Queen boss.

You can encounter three different Demi-Human Queens in Elden Ring. They can be found in the locations shown below. 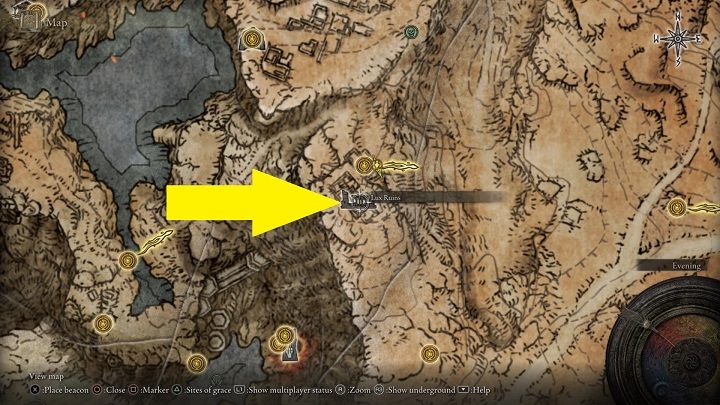 You'll find Demi-Human Queen Gilika in the Lux Ruins. They can be easily reached from the Atlus Plateau Site of Grace - we've marked it with number 1 on the map. Head north from there. In the ruins there's a staircase down to the basement.

You'll find this boss in the Volcano Cave on Mt. Gelmir. Its site of grace was marked with number 12 on our map. 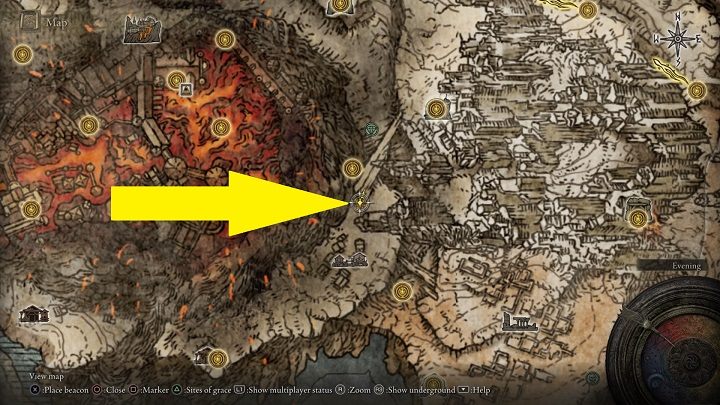 Demi-Human Queen, Maggie can be found in Mt. Gelmir. Go to the Craftman's Shack site of grace - we've marked it with number 22 on our map. Once you're there, head north-east. You'll pass the Hermit Village on the way, until you reach the place pictured above. 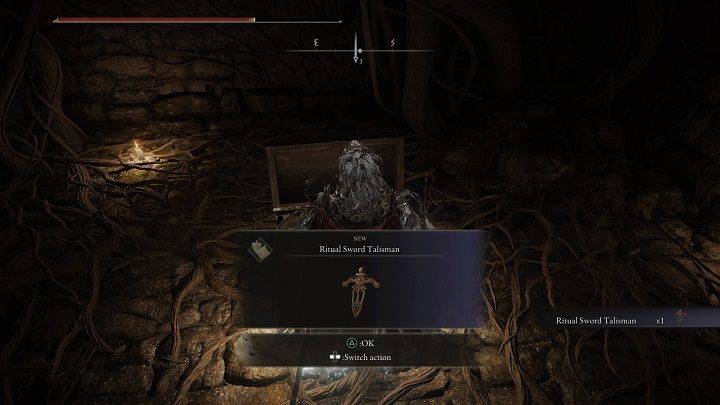 Defeating the Demi-Human Queen, Gilika will reward you with runes (8,500). You can now use the door found in the basement. You'll find the Ritual Sword Talisman. It increases your attack power by 10% when you're on full HP. 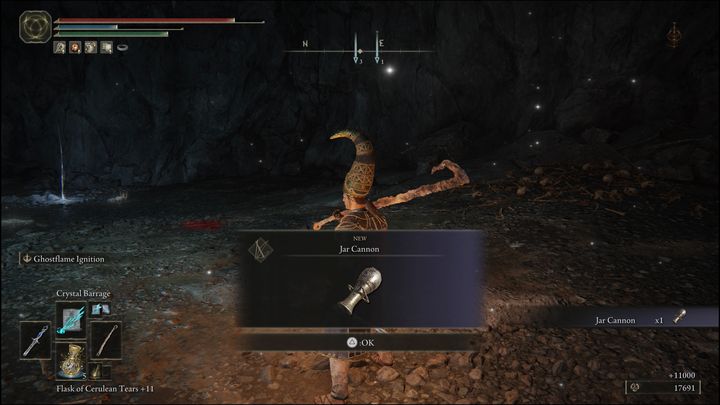 Defeating the Demi-Human Queen, Margot will reward you with runes (11,000) and the Jar Cannon ballista. 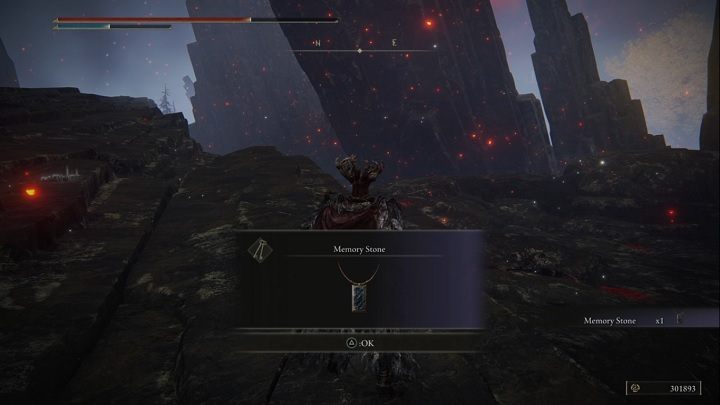 Defeating the Demi-Human Queen, Maggie will reward you with runes (13,000) and the Memory Stone.

Once you enter the arena you can use the ashes or other items to aid you during the battle.

Demi-Human Queens start the fight sitting down, then howl before they attack. This gives you an opportunity to get behind them and and start attacking. 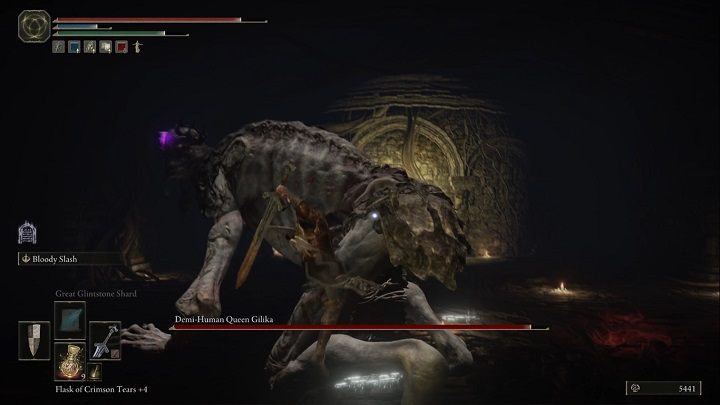 We recommend using heavy jump attacks as often as possible. They can quickly stagger the boss, opening her up to a critical hit.

It works even better if your weapon can inflict status ailments. Poison and scarlet rot are especially potent here. 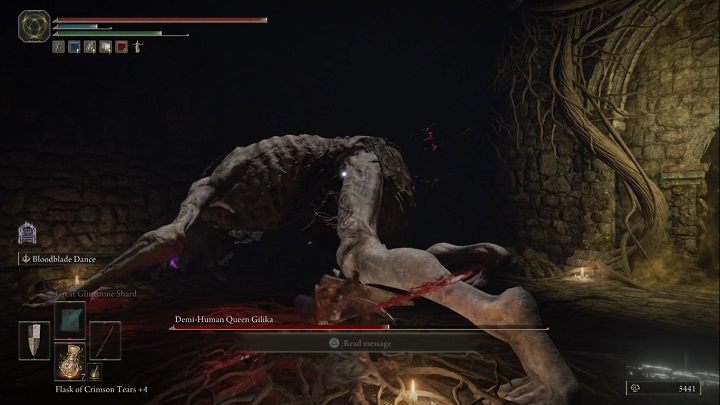 The queen becomes more aggressive once her HP drops to half. Most of her attacks can be avoided by dodging towards her. Doing so will position you behind her or underneath her. Many of her attacks will miss you from here. 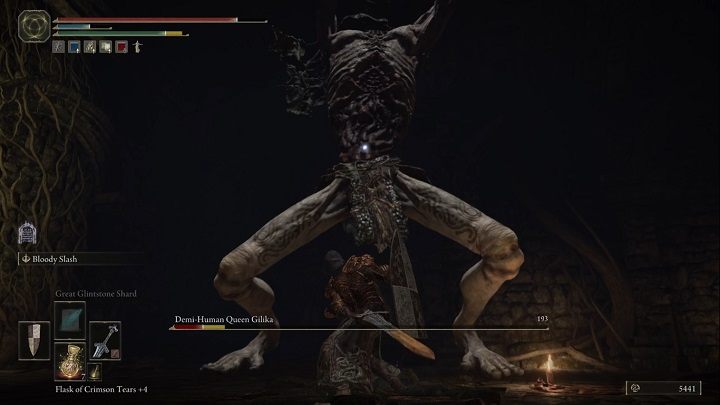 Watch out - sometimes the queen can raise her arms up high. This telegraphs a powerful ground slam. If you're hit by this, you'll be heavily damaged and knocked down. This attack can be easily avoided by dodging at the moment of impact. 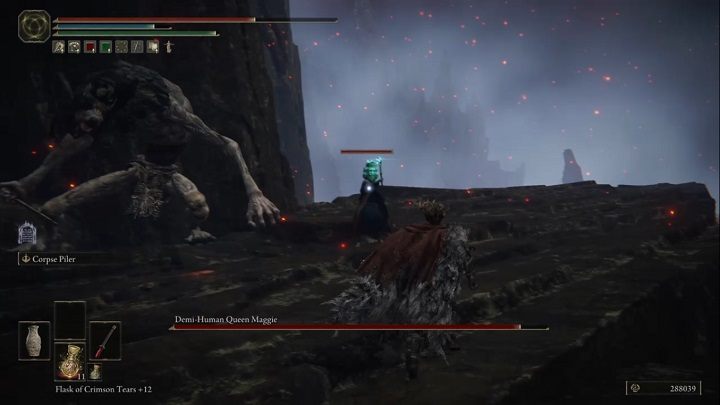 When fighting Maggie, we recommend dispatching her minions first. These include glintstone mages and minor demi-humans. They can be an annoyance if you let them live. 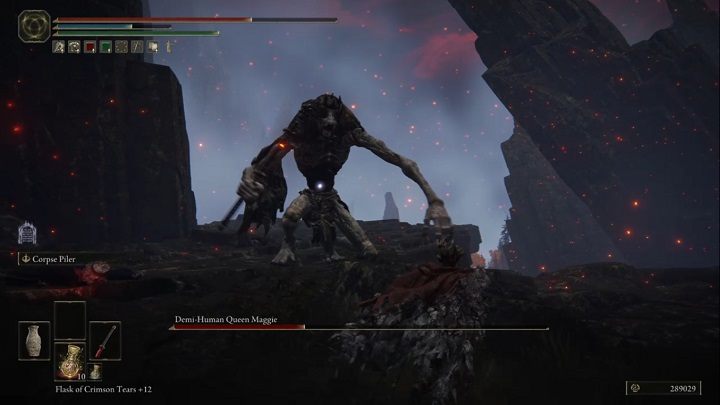 You can also lure the boss to a safer area. Fighting her on the cliff is risky, as you can easily fall to your death.