This page of the Elden Ring guide contains tips about the Sanguine Noble boss. This opponent is completely optional - you can skip him and still see the ending. 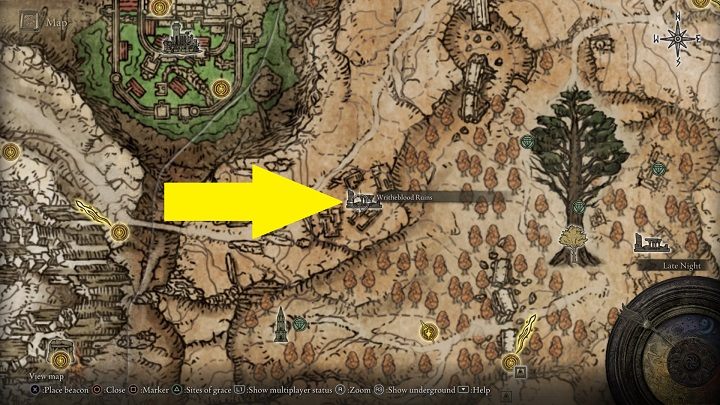 Sanguine Noble is located in the Altus Plateau, in a place called Writheblood Ruins. To get to them, go to the Bower of Bounty Site of Grace - marked as number 8 on this map. From there, head north to the location shown in the screenshot above. 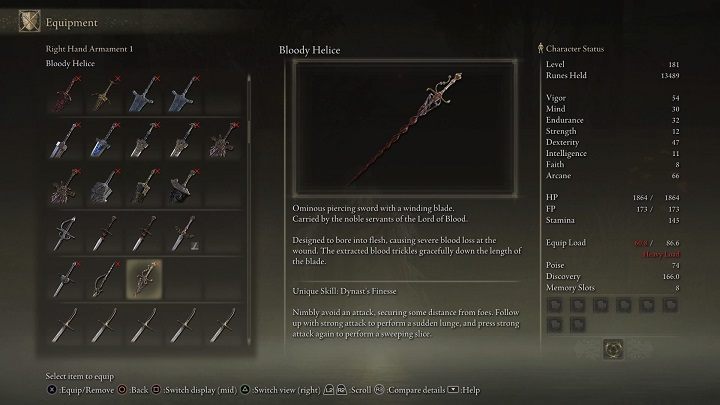 For defeating Sanguine Noble, you will receive Runes (8,800). You will also be able to use the door behind the arena, where you will find a chest containing a Bloody Helice.

You won't have much time after entering the arena. The enemy will probably attack you right away by throwing daggers. Use ashes or other items after dodging the attack. 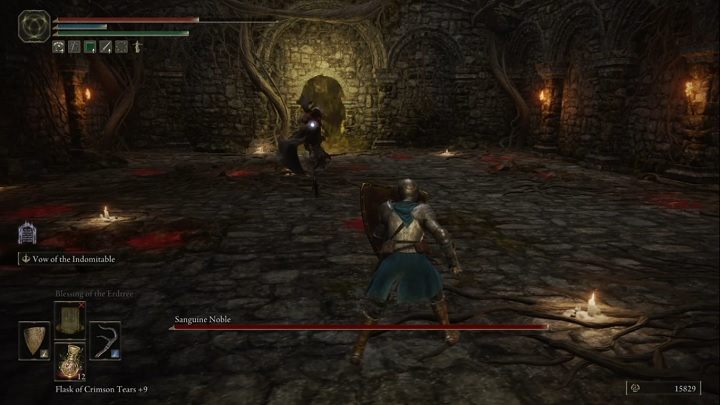 Sanguine Noble almost always throws daggers when you move away from him. Therefore, if you want to heal yourself or use an item, it's best to do so after avoiding his attack. 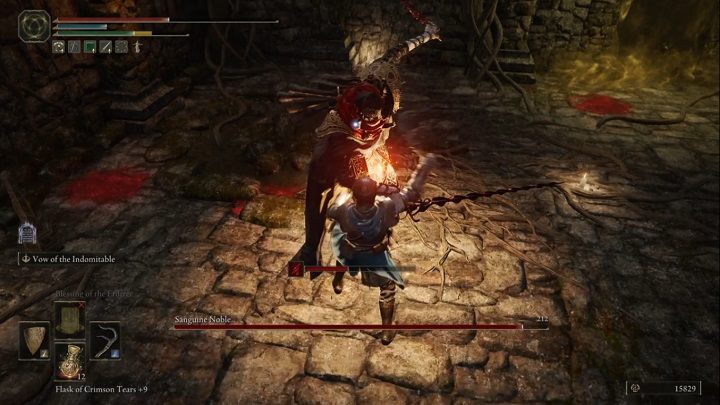 Don't attack the opponent with his hand holding the dagger is behind him and high up. This stance means that he is ready to parry your attack. If you try to attack him, he will parry your attack and then stab you with his sword. This attack quickly builds up bleeding status. 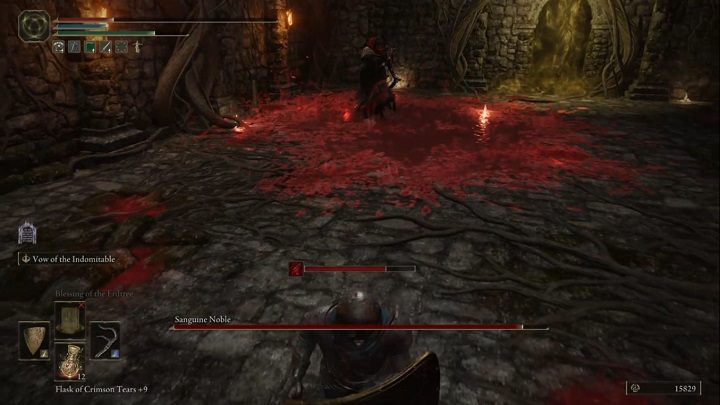 The enemy will also produce pools of blood, which are best avoided. If you stand in one of them, your bleeding status will increase very quickly and your movements will be slower. 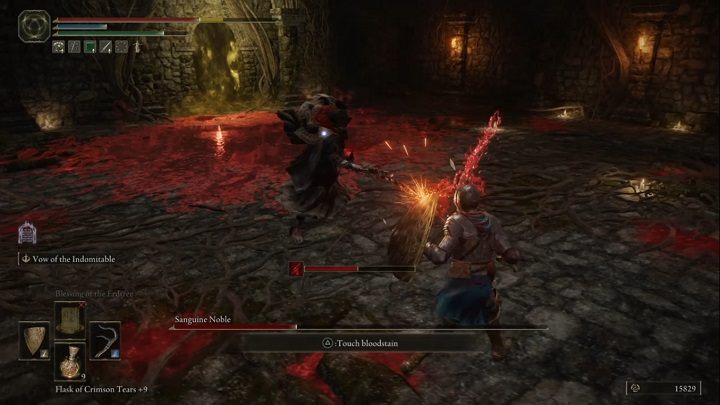 The fight is not divided into phases. It's best to use fast weapons that won't prevent you from making frequent dodges. Sanguine Noble attacks often and fiercely, not giving you too much room to fight back. However, if you have a bleeding weapon, the fight will be much easier.