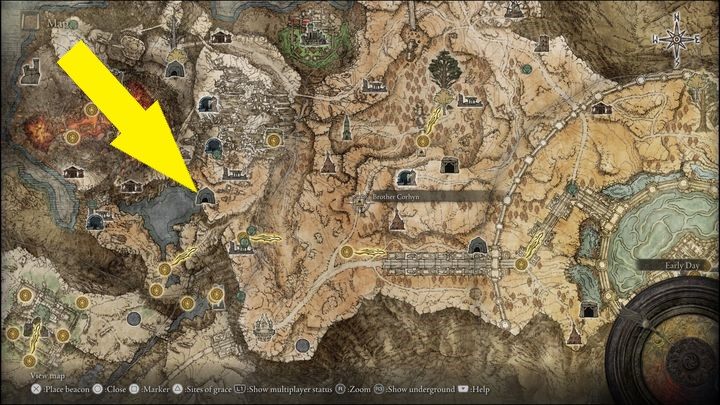 The boss is located in the Altus Plateau, more specifically in the Sage's Cave. 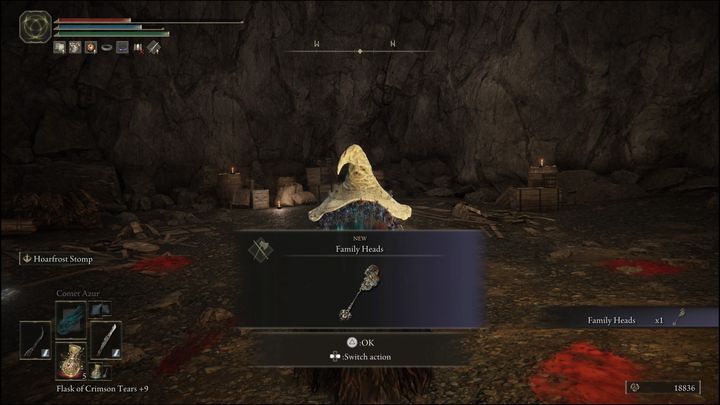 For defeating the Necromancer Garris, you will obtain the Family Heads flail and 9000 Runes.

The fight is quite simple, as long as you don't let him use death magic. Deal with the bone opponent first, as it will make it much more difficult for you to fight the boss. It has little health, so it should die quickly. 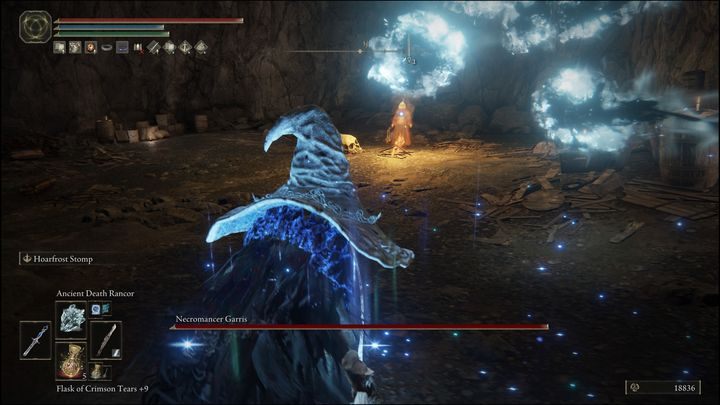 When you are separated by a long distance, he will start using rancors all the time. There are a lot of projectiles, but they move slowly and aren't very good at targeting you, so sprinting or dodging quickly is sometimes enough to avoid them. However, if you are running away from them, run towards the boss. 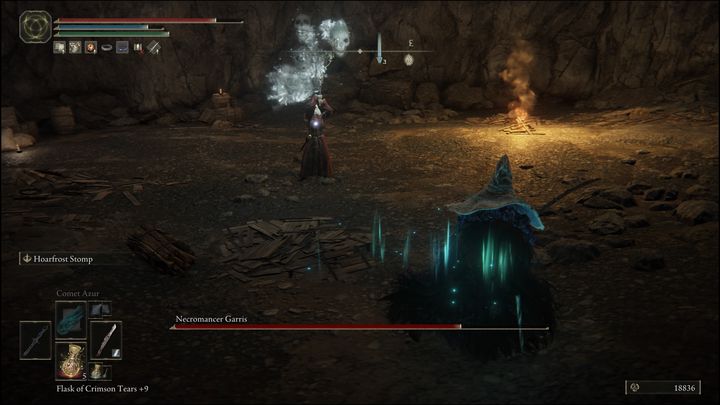 Apart from standard attacks and death magic, there isn't much more to the boss. Just do what you can to attack him with all you have. Garris doesn't have much health. You should be able to kill him in a few hits and thus win the fight.