On this page of the Elden Ring guide, you will learn how to defeat the Ancient Dragon Lansseax boss, located in the Altus Plateau. You will learn her exact location, the rewards for defeating her, and the easiest way to beat her.

The Ancient Dragon Lansseax can be found in two locations. She will run away from the first location to the second, but both are in the Altus Plateau. 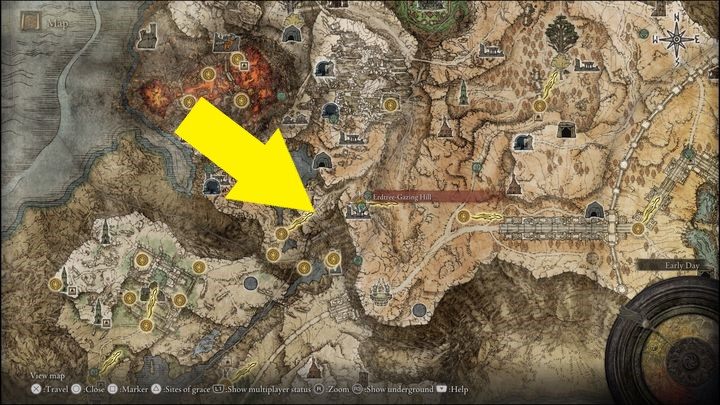 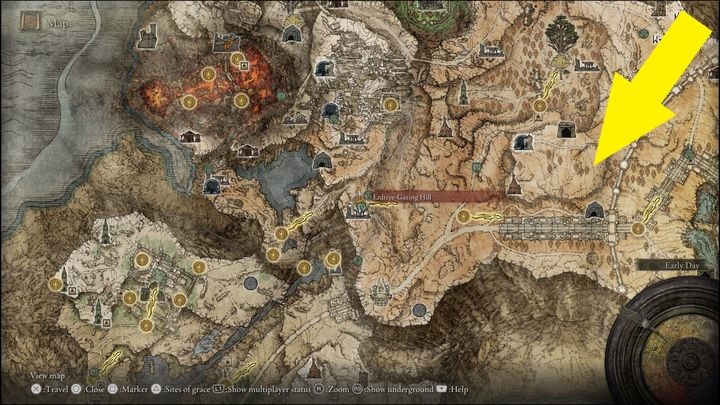 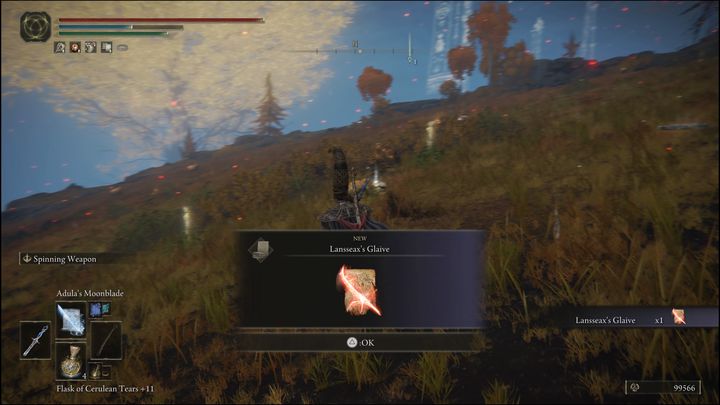 For defeating Ancient Dragon Lansseax, you will receive the Lansseax's Glaive incantation and 60,000 Runes.

The first encounter with this boss won't be too intense, because once you've reduced her health to 80%, she will fly away to the second location. However, keep an eye out for her lightning attacks. 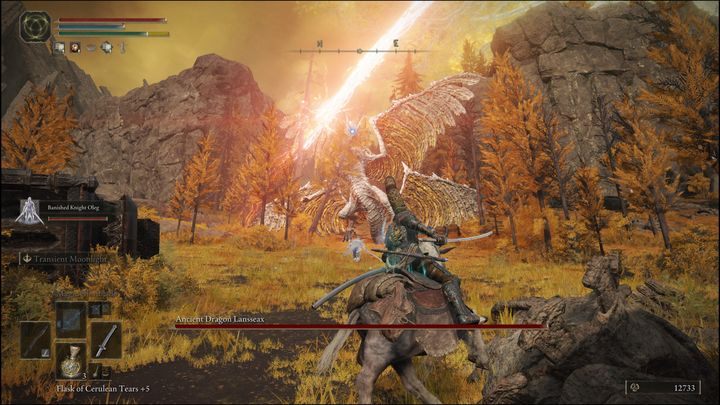 Apart from the standard dragon attacks, the most dangerous one is her spear, which deals lightning damage. If you aren't especially resistant to this damage type, this attack might immediately kill you. Use your mount to travel quickly, increasing or decreasing the gap between you and the boss depending on the situation. 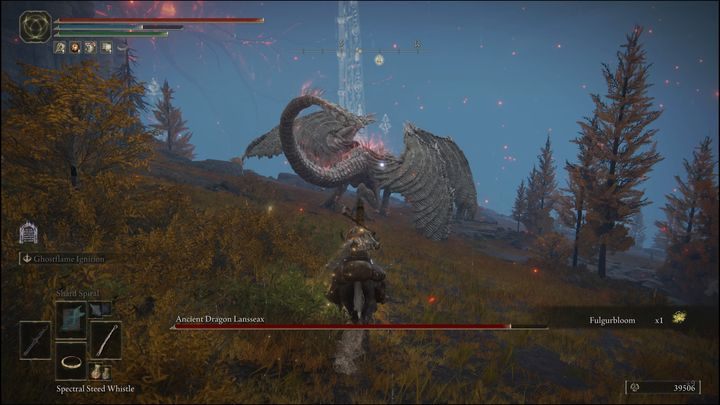 In the second location, the boss will start with the same amount of health she had before escaping. The fight is quite similar to other dragon battles, so use the same strategies as before. However, you have to keep an eye out for her lightning attacks. 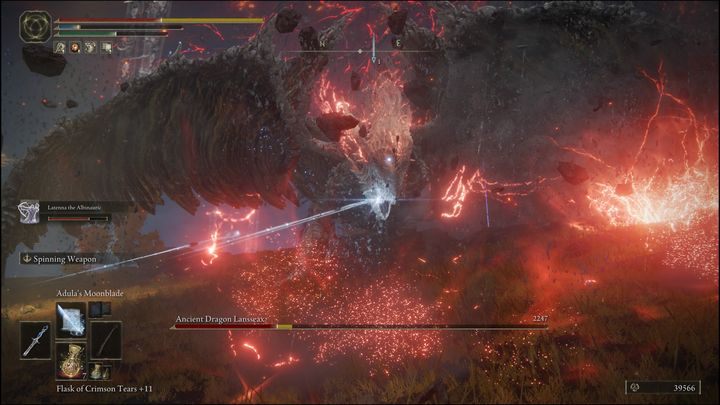 Also, watch out for the moment when the boss raises her head and wings up, then lets out an excruciating roar. Numerous lightning bolts will surround her and then strike at random locations. The attack may not be precise, but it affects a huge area. However, the attack leaves the boss's head exposed, and it also makes it much easier to break her poise.