This page of the Elden Ring game guide contains tips on how to defeat the boss Guardian Golem. You will learn how to fight the boss and which attacks you need to watch out for. Additionally, you will read about the potential rewards and find out the boss's location. 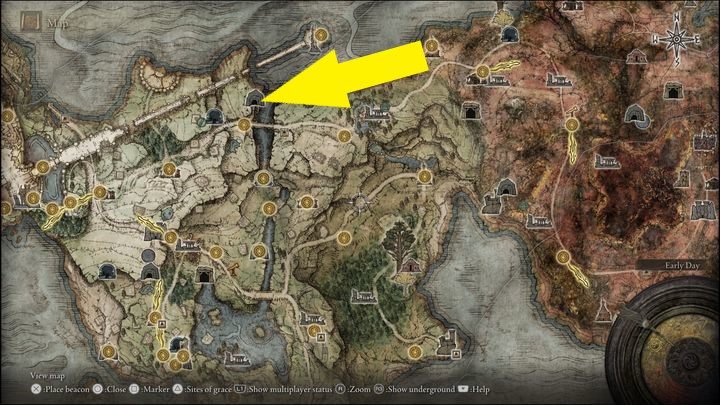 The boss resides in Limgrave, more specifically in the Highroad Cave. 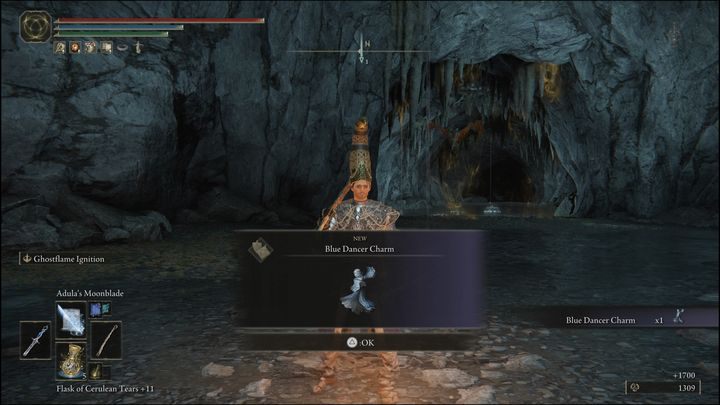 For defeating the Guardian Golem, you will receive the Blue Dancer Charm and 1700 Runes.

Once you enter the arena, the boss will be lying down, so you can use various buffs or summon Spirit ashes before approaching him. When you're ready, quickly run up to him and start attacking his legs. 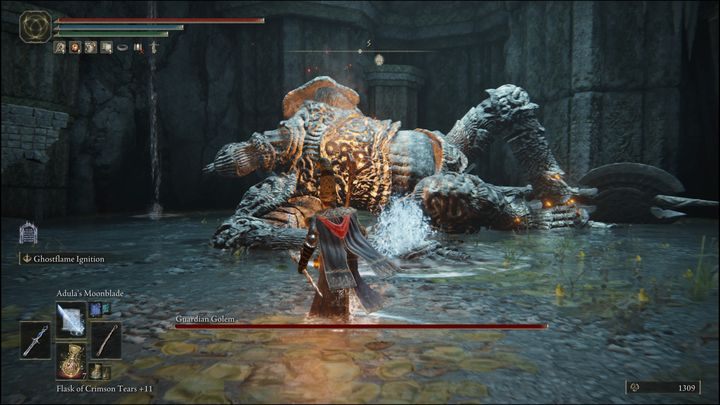 Focus mainly on one leg because if you hit it several times, the boss will fall over, and you will have a chance of a critical hit by approaching his chest. 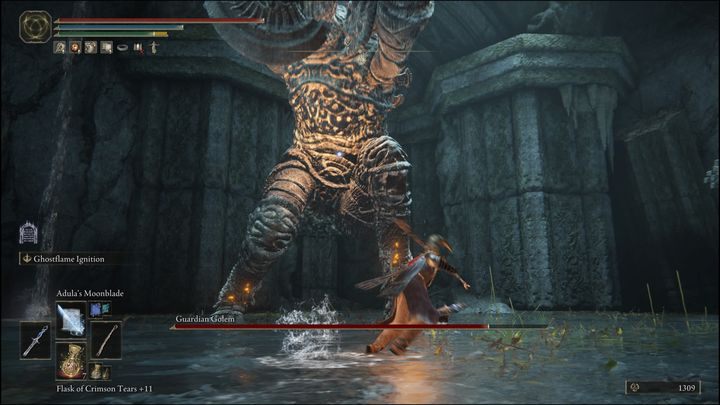 However, don't stand under his feet for too long because then he will switch his attacks to different ones that target anything under his feet. Once he stops attacking, you have plenty of time to approach and attack his legs again. Repeat this pattern until the boss dies.