On this page of the Elden Ring guide, you will learn how to defeat Wormface, a boss encountered in the Altus Plateau forest. 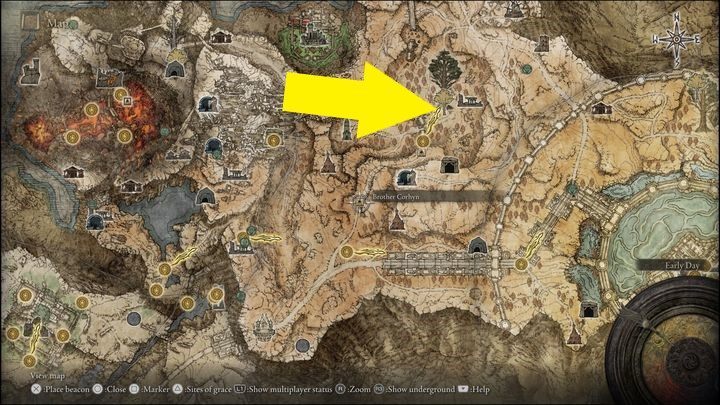 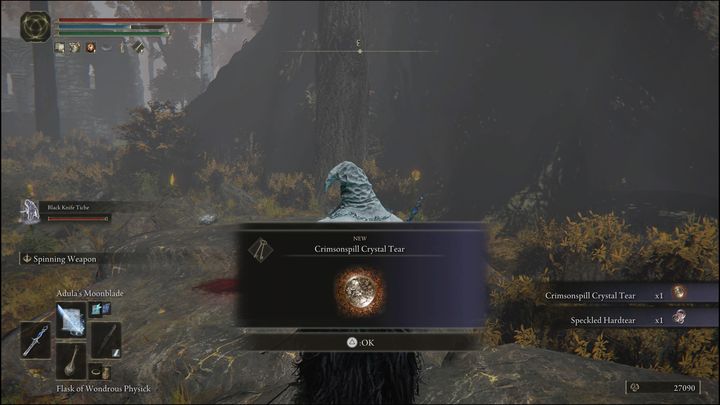 For defeating Wormface, you will receive 10000 Runes, the Crimsonspill Crystal Tear and the Speckled Hardtear.

Before you begin the Wormface battle, you should use some spirit ashes to divert its attention away from you. The boss is very swift, but its attacks are exceptionally slow. Summoning spirits will provide you with openings to hit it. 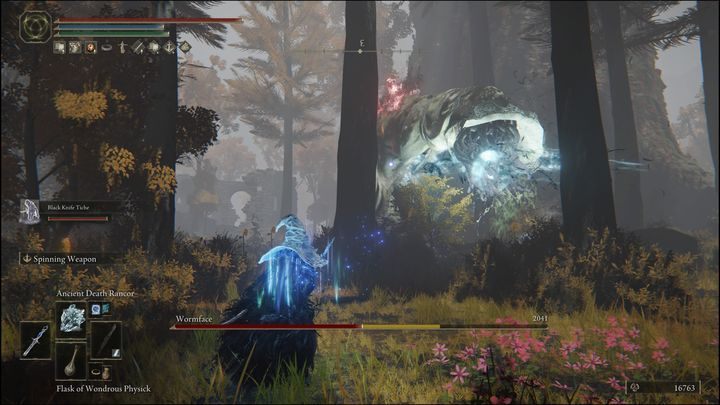 When the boss decides to target your character, It will run at breakneck speed to catch up to you. Dodge backwards or forwards (the latter is more risky, but a lot more rewarding, as it will take some time for the boss to turn towards you). 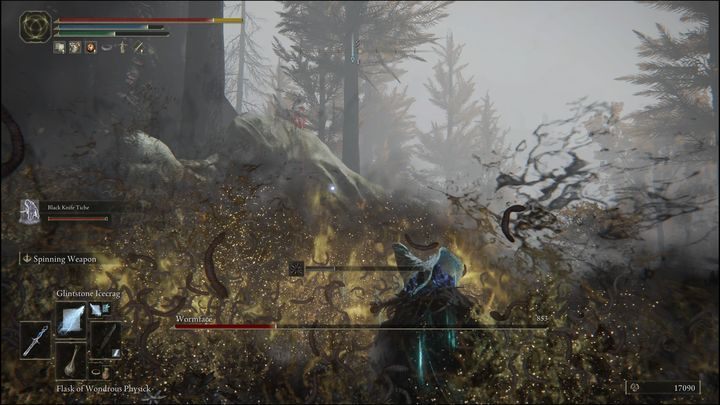 Also, watch out for its death cloud, because staying in it for too long will cause you to die when the bar fills up, no matter how much health you have. Move away from it as quickly as possible and use magic attacks in the meantime to hurt the boss. 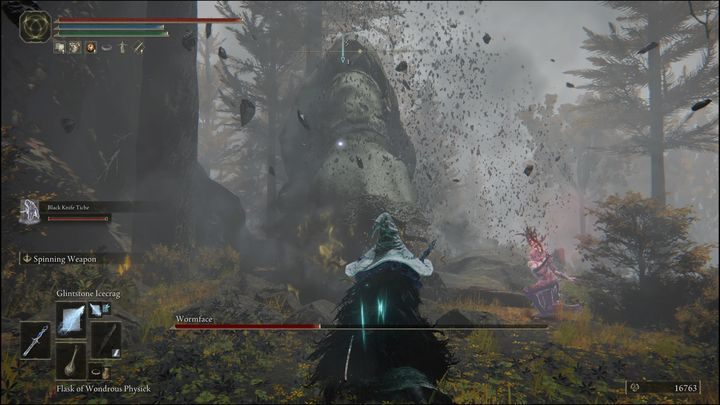 When it's in front of you, instead of grabbing you, it can opt to attack the ground with its head. This attack is slow, but due to its size, the range is very long. Dodge to the side once its head starts falling down, or stay a good distance away from it.