This page of our Elden Ring guide is dedicated to Flying Dragon Greyll boss battle. This opponent is completely optional - you can skip him and still see the ending. Defeating him, however, unlocks a new incantation.

Flying Dragon Greyll is encountered on the bridge near Farum Greatbridge site of grace (39 on our map) As soon as you get close to the bridge itself, you should see an enemy on the other side. 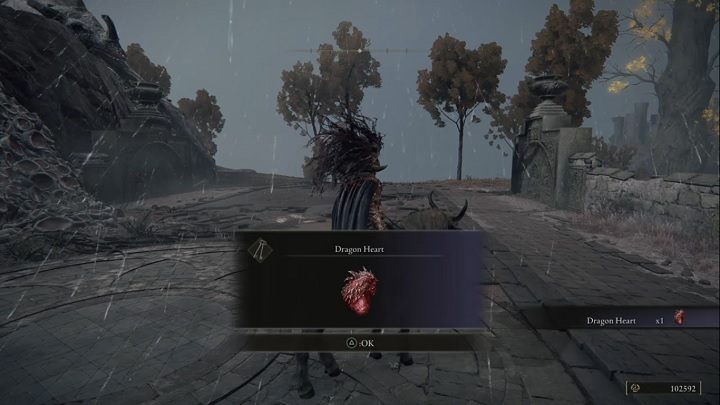 For defeating the Flying Dragon Greyll you will receive Runes (80,000) and a Dragon Heart .

Before you can initiate the encounter, you'll need to reach the other end of the bridge. Before you approach, make use of items that offer an advantage in combat, or use Ashes. 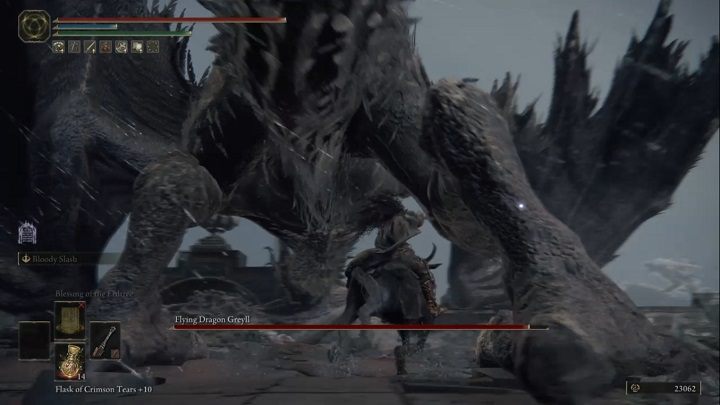 When fighting the dragon, focus on legs and observe the enemy's movements closely. If you stick to being behind him, the dragon will perform violent turns, attacking with its tail. If you see the attack being telegraphed, you can avoid taking damage by jumping. 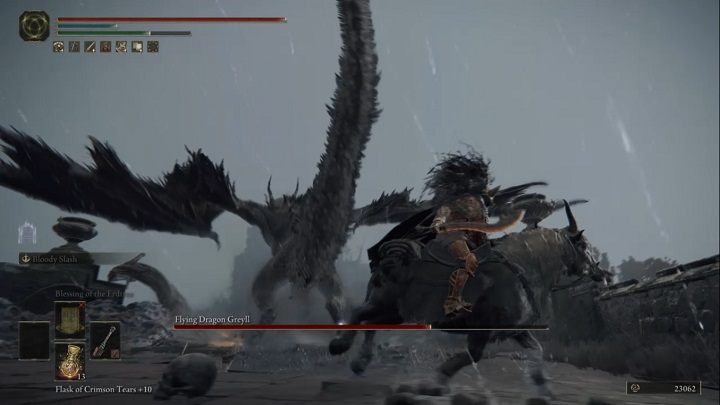 Greyll also likes to get up and then land hard . Him rising into the air can also change the behavior of the opponent. He can fly along the bridge breathing fire, or he can do the same while floating in air . When he breathes fire, get to a safe location. Remember that you can also use your surroundings to protect yourself from fire. 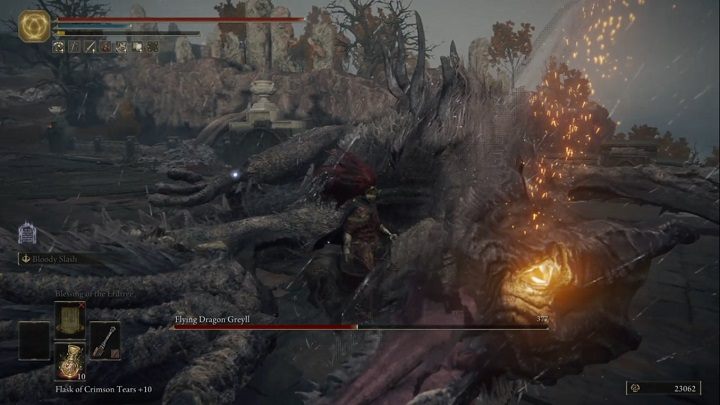 The great dragon may also be temporarily thrown off-balance . To do that, attack him often, especially with more powerful strikes. Once he is down, quickly leave your mount, approach a vulnerable location (head) and perform a critical attack. There isn't much time, as he will get back on his fee quite fast.

If you can, attack the head, but this is not possible at all times. As a result, focus on legs, and when opportunity presents itself, switch to the head. 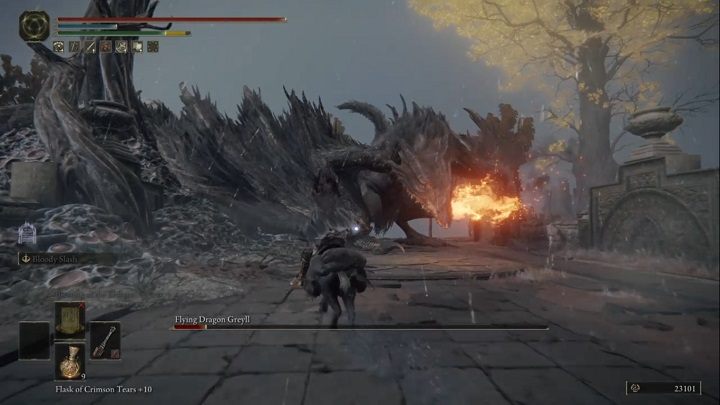 When Greyll changes his stance, it means he's about to breathe fire . Like most dragons, it does so from left to right. At this point, you can run towards his legs and safely attack him for a few seconds.

You can also use this moment to land a few hits on its most vulnerable spot, the head. It is good to move the fight to a more secure place, because it is easy to accidentally jump off the bridge, especially on your mount .