This page of the Elden Ring guide contains tips for Decaying Ekzykes boss battle . This opponent is completely optional - you can skip him and still see the ending. However, defeating him unlocks a new incantation. 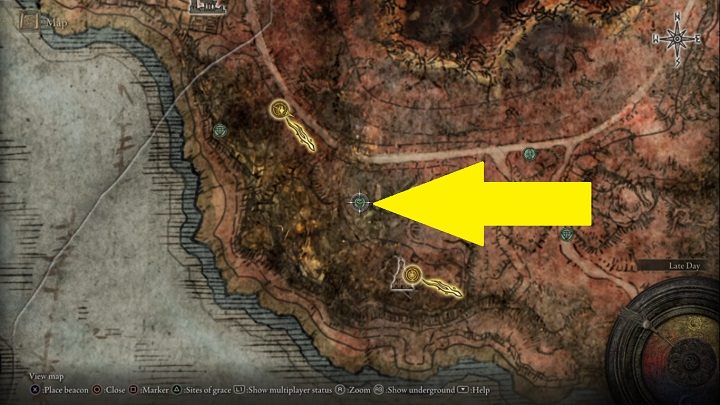 The Decaying Ekzykes is found in Caelid. You can find him near Caelid Highway South site of grace (8 on our map) Once you arrive, travel to the area shown in the screenshot. 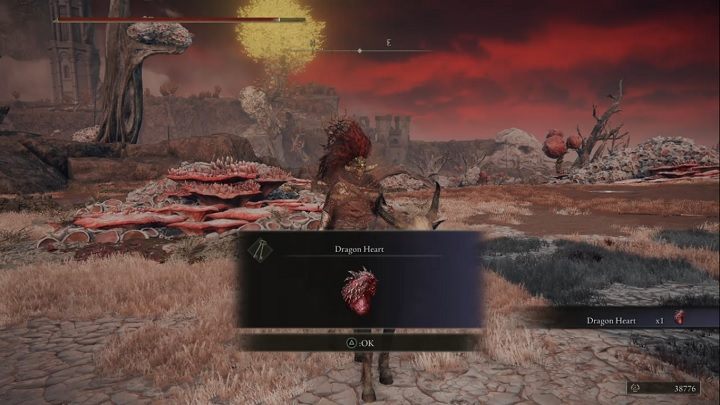 For defeating the Decaying Ekzykes, you will receive Runes (38,000) and a Dragon Heart . Defeating him will also unlock a new incantation called Ekzyke's Decay , which will be available in the Church of Dragon Communion.

Consider fighting while mounted. Thanks to Torrent, you'll be able to easily avoid clouds that induce scarlet rot status. As a result, have a supply of Preserving Boluses to counter the negative status. 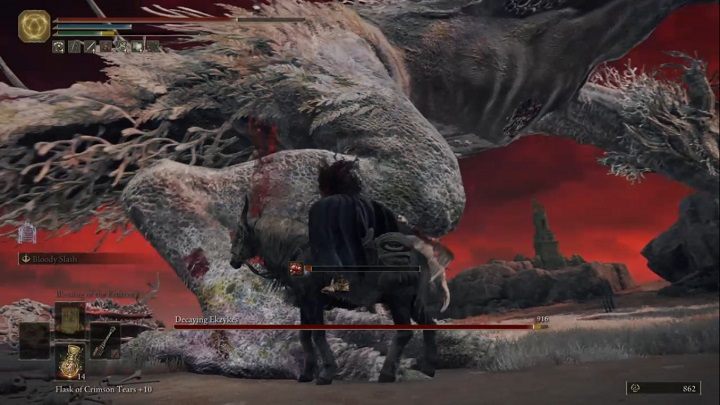 It is best to stick to the back of the opponent and attack his legs as often as possible . However, when you see him getting ready for a spin, move a little further away from him to avoid a tail hit. If you feel the moment right, you can jump, which will also protect you from taking damage. 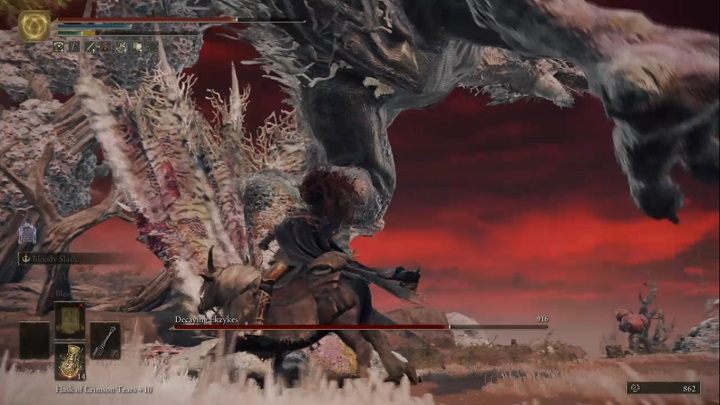 The decomposing Ekzykes will also occasionally lift his leg and then perform a heavy stomp with it . This is a good time to focus on its other leg, or even the wing, until the dragon makes a sharp turn again, forcing you to reposition yourself. 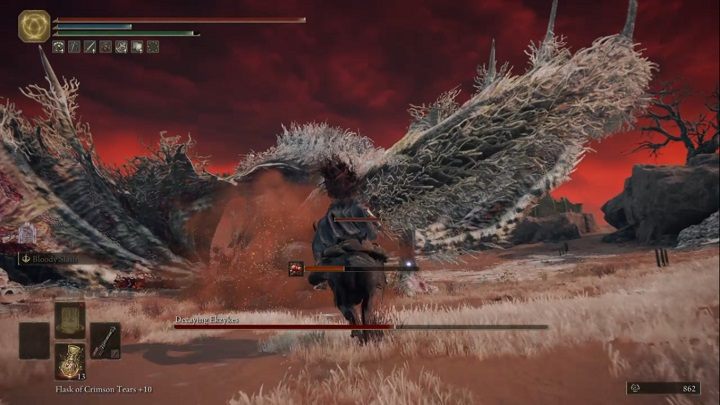 Relatively often, the dragon will spray a cloud that quickly builds up a scarlet rot status . At such moments, it's best to move away from the beast and wait for the cloud to thin out. 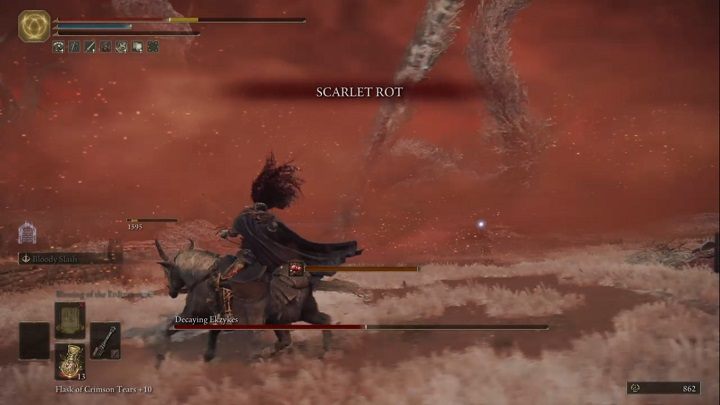 There will be times when a dragon creates a much larger cloud, often after it takes to the air and then lands hard. So when you see it starting to fly, it is better to get away . As the nickname of the enemy says, his condition does not allow him to hover for too long, so you do not have to worry about air attacks. 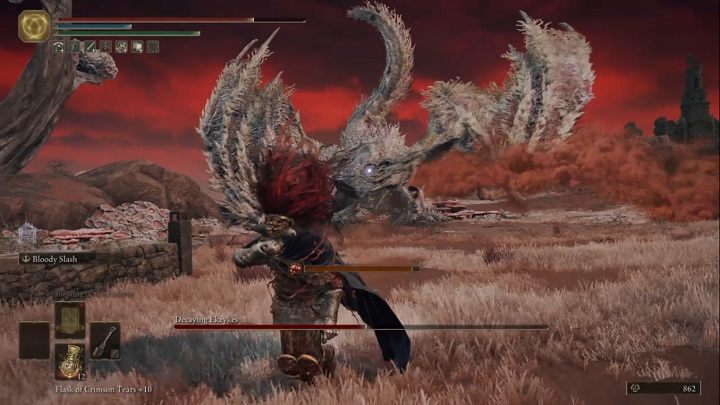 Moving away from the enemy, however, carries the risk that in a moment he will start to breathe rotting breath . It usually does it from left to right and over a relatively long distance.

At this point, you can go to his side and attack one of the wings, or you can run completely behind him and use this moment to attack the legs safely. However, keep in mind that after this action, the cloud will also hover around the enemy. So there may be times when you have to distance yourself from it again. 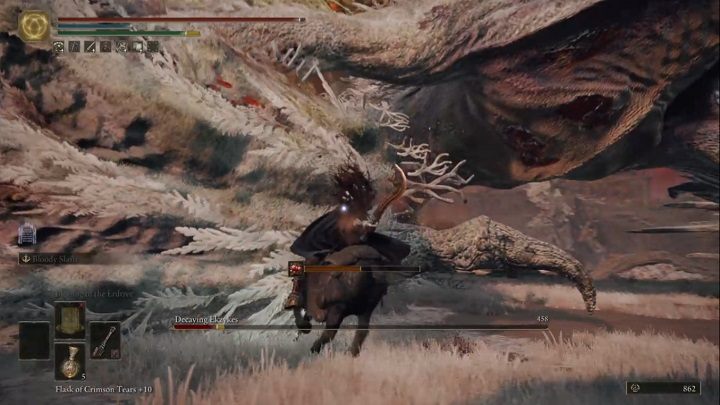 If you use a weapon that causes bleeding or frostbite, the fight shouldn't last too long - the dragon is very sensitive to these statuses. You can also use fire attacks , to which he is even more vulnerable.