On this page of the Elden Ring guide, you will learn how to defeat the Glintstone Dragon Adula boss. This is an optional opponent that isn't required to beat to complete the game. However, defeating it will earn you a new sorcery and the ability to purchase an additional incantation.

Glintstone Dragon Adula can be found in Liurnia of the Lakes. You will encounter them for the first time in front of Ranni's Rise. To learn how to reach this location, check out this page. You'll be unable to defeat them during the first meeting. You'll be able to complete the fight near the end of the Ranni quest.

The enemy can be found to the northeast of the Moonlight Altar site of grace. The site of grace is marked with the number 52 on this map. 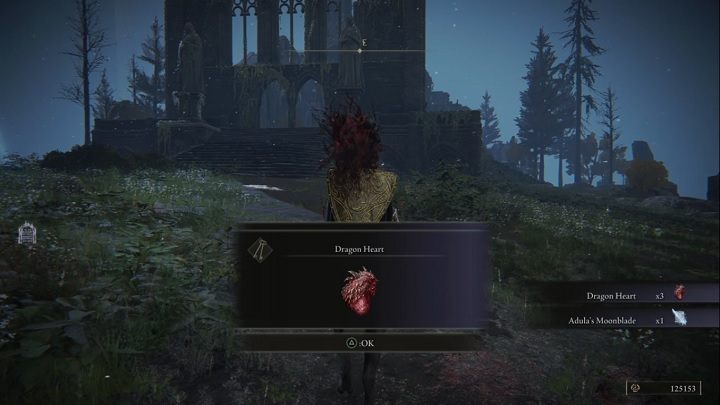 For defeating Glintstone Dragon Adula, you will receive Runes (120,000), a Dragon Heart and Adula's Moonblade sorcery.

The enemy will appear in front of the Cathedral of Manus Celes and will not attack for a while. You can use this opening to land a few hits on their legs or use spirit ashes or other items. 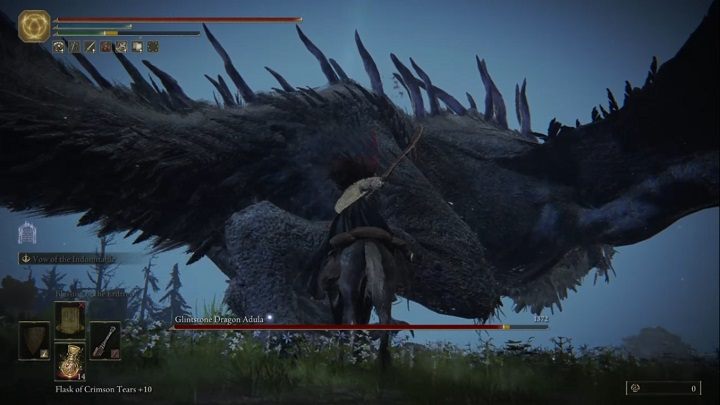 Throughout the fight with Adula, it's best to attack the legs. During this time, you also have to watch out for their tail attack - soon after, they will use a sudden damaging spin. Additionally, they will also try to target you with their mouth. It's best to jump in the opposite direction to the enemy. 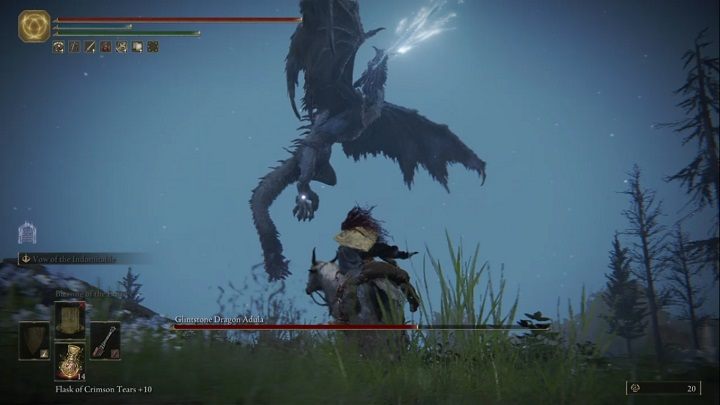 Like almost any opponent of this type, Adula will take to the skies. Afterwards, they'll sometimes use their magical sword and land hard on the spot you were just standing in. When this happens, run away as far as possible. 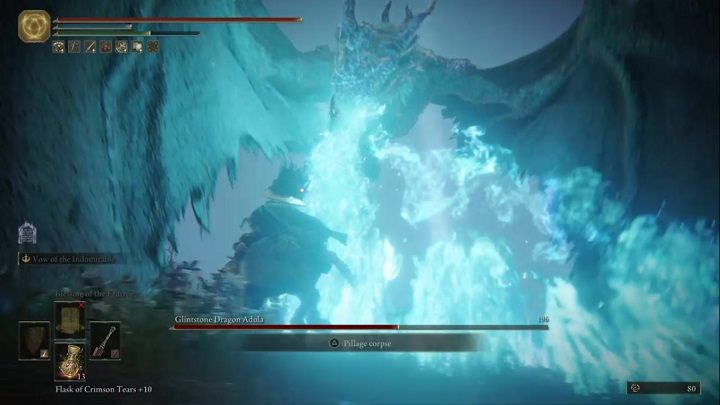 The dragon can also hover quite close to the ground for a while and then breathe magic fire. This can happen at the most inconvenient times, such as while you're attacking their legs. For your own safety, when you notice them lift off, move away as quickly as possible. 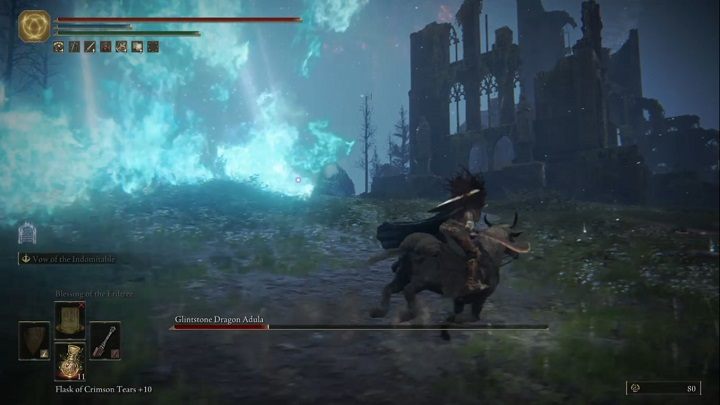 The opponent likes to keep their distance, which is why they will often jump away from you. When this happens, be ready to dodge the magic fire. Sometimes your surroundings might prove helpful. 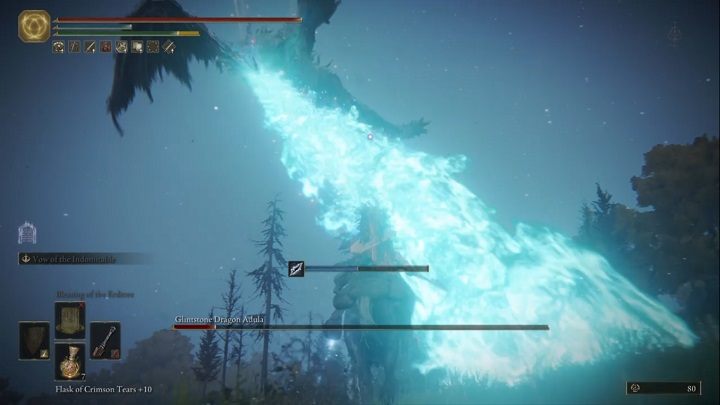 Adula also likes to fly in a straight line, engulfing everything below her in magic fire. If you come into contact with it, you'll lose a lot of HP and become inflicted with frostbite, so be especially careful about it. As soon as possible, close the gap between you to limit the likelihood of them repeating the attack. 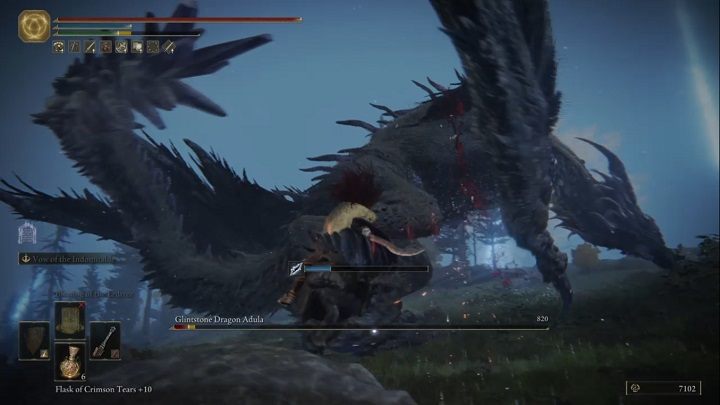 Using a weapon that can inflict one of the negative status effects will make this fight a bit easier. The fight has only one stage, thus it remains the same the entire time.