On this page of our Elden Ring guide, you can find tips and strategy for Glinstone Dragon Smarag encounter. This opponent is optional - you can skip him and still finish the game. However, killing him unlocks a new incantation . 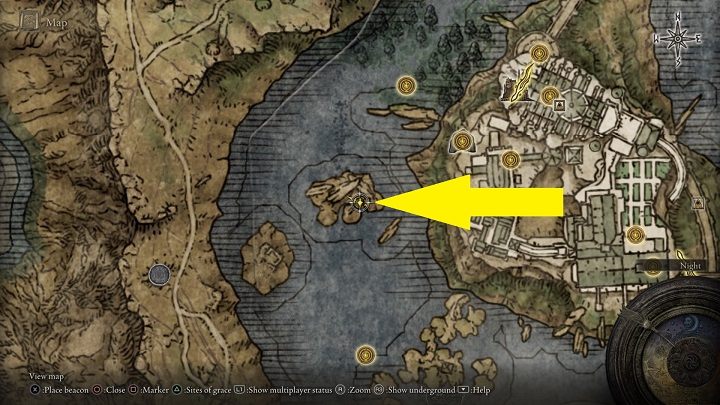 You can find Smarag in Liurnia of the Lakes. The good place to start the search will be Temple Quarter site of grace (16 on our map) From there, head north to a small island where the boss is found. 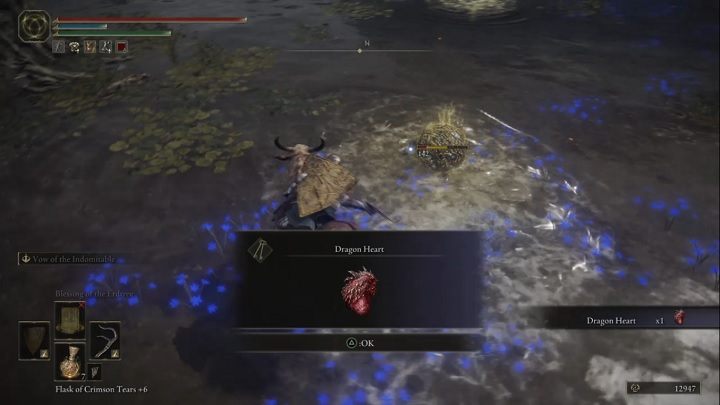 For defeating Glinstone Dragon Smarag, you will receive Runes (14,000) and a Dragon Heart .

Before you get close to the slumbering dragon, you have some time to prepare for battle. Use Ashes or items offering an advantage in combat. 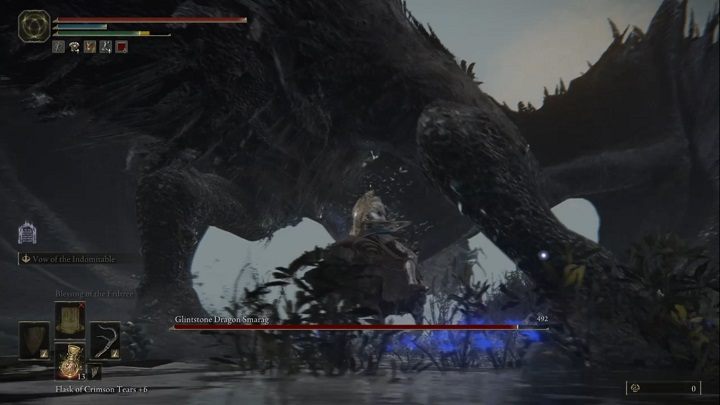 As with most dragons, it's best to target the legs . This way you will only have to worry about heavy stomps. Nevertheless, don't stay at the feet for too long, as after a moment the opponent will make a sharp turn, attacking with his tail. 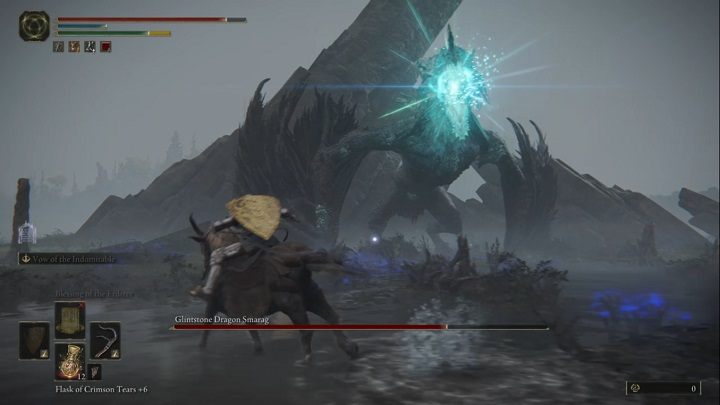 The enemy can also fire magic projectiles that home towards you . It is easy to avoid them, especially when dashing on horseback. If you happen to be on foot at that moment, just dodge as the projectile approaches your character. 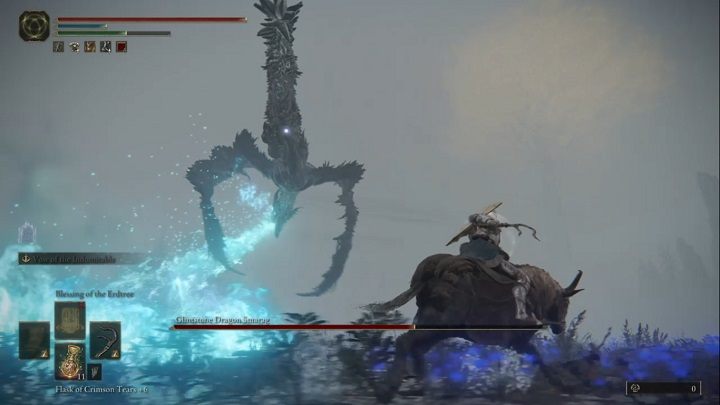 Smarag will also occasionally get airborne to travel in a straight line, breathing fire to area before him. If you see the enemy take off, move away to a safe distance . Being struck by the fire may mean instant death. 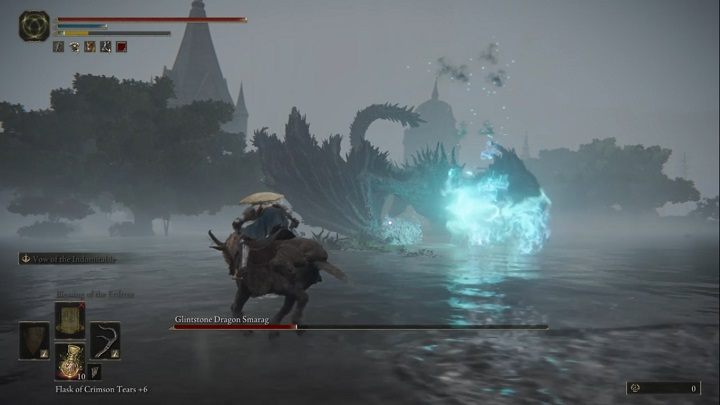 The dragon will also breathe fire while on the ground . At that point, it aims to where you have been and follows you to some extent. Avoid it by dashing. You can now attack a few times, either his legs or one of the wings. 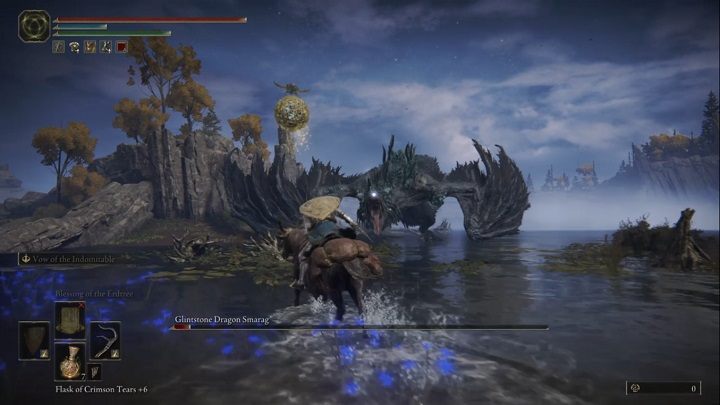 A weapon placing a negative effect will be useful . As poison, scarlet rot, frostbite or bleed will make the battle faster and shorten it. The method of attacking several times and escaping to a safe distance will also work well.