On this page of the Elden Ring guide, you can find tips on how to defeat Lichdragon Fortissax - a boss battle taking place in Deeproot Depths. The fight takes place in the final stage of Fia, Deathbed Companion questline.

As a result, in order to fight Lichdragon Fortissax, you need to complete all previous quests related to Fia. You can find walkthroughs for them on a dedicated page of the guide: Fia . 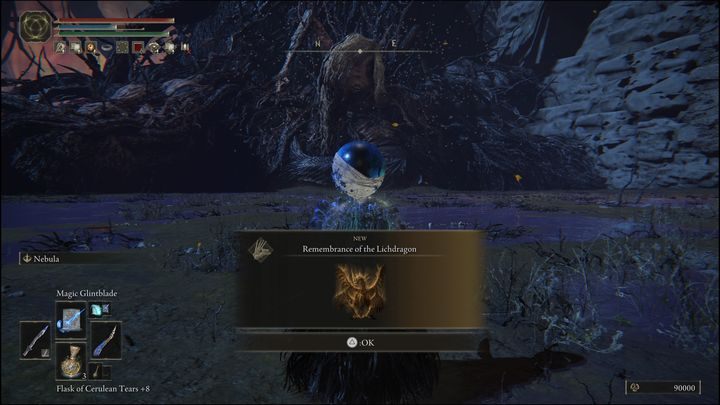 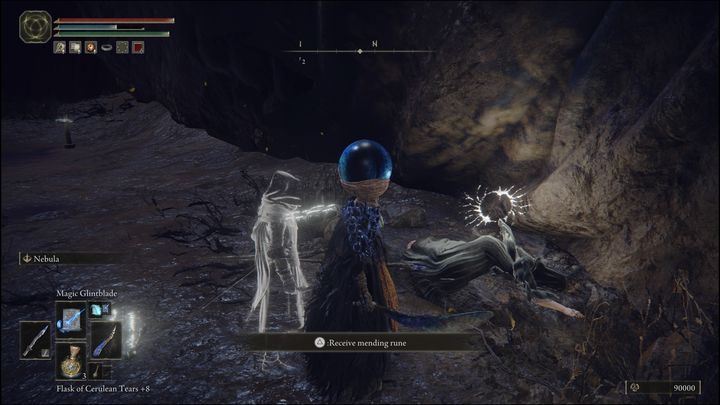 Moreover, defeating him concludes Fia's questline, which is rewarded with Mending Rune of Death-Prince that unlocks a new ending.

As the battle starts, use ranged attack if you have them. Fortissax is likely to produce a few lightning bolts which, upon hitting the ground, will begin to spread clouds imposing deathblight status. 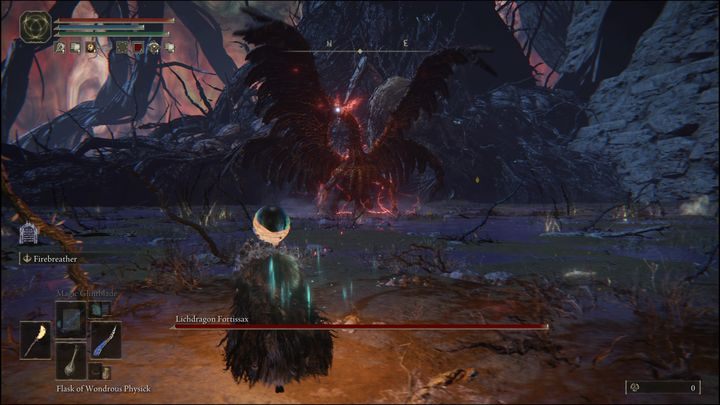 Most of his attacks are linear, hitting mostly what's in front of him. Therefore, by clinging to its legs, you will avoid most attacks. However, keep in mind that some of them create a shockwave that will hit you if you do not dodge. 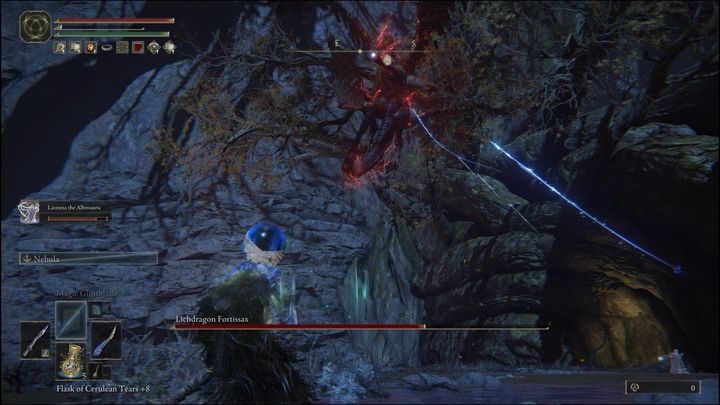 Fortissax, apart from the standard breathing fire he usually performs when you stand in front of it, can also fly upwards to better position itself. The distance between you can be significant, so be prepared for ranged attacks. 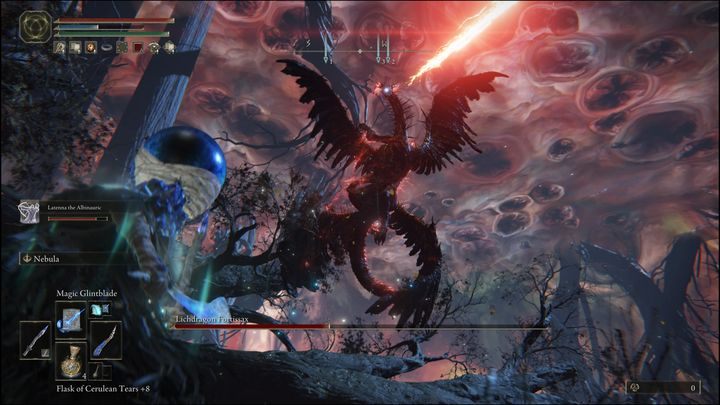 As the second phase starts, this move can even turn into a single spear attack . It's best to go under it then, thanks to which there is a good chance that you will avoid a direct attack with the weapon. However, you have to watch out for the spreading lightning, which will be on the ground after the weapon attack concludes. 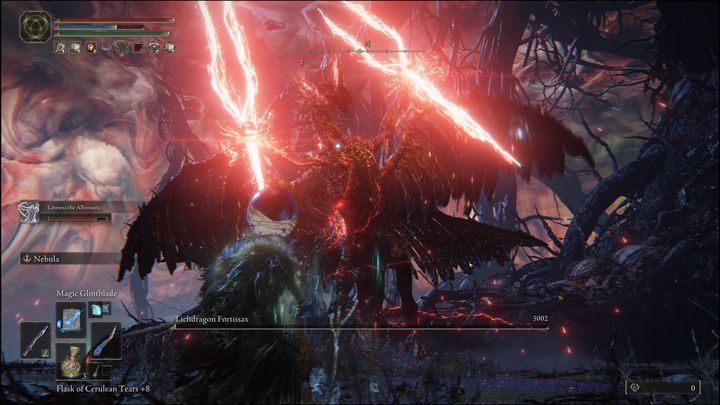 However, the most dangerous attack Fortissax has to offer is creating two red lightning bolts in each paw. To avoid this attack well, you have to remember that he attack with one lightning first, followed by a discharge on the ground, and when it ends, a second, similar attack takes place . Therefore, remember to be prepared to dodge, even if the attack itself does not hit you directly.