On this page of our Elden Ring guide, you can find tips for Godskin Apostle, a boss which you fight in different instances - in Caelid, under Divine Tower of Caelid, and in Altus Plateau. 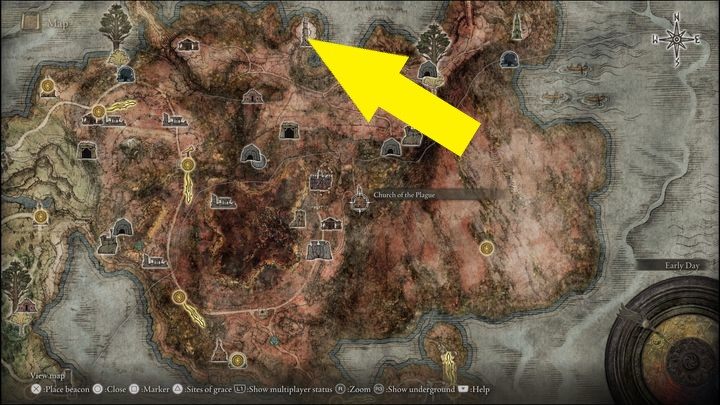 The first Godskin Apostle you encounter is found in Divine Tower of Caelid. To get there, you need to follow the tree root and use your mount to reach the tower found before you. Go up the ladders, then head left, while watching out for chasms and enemies.

Once inside the tower you have to descend all the way down. Use landslides to descend safely. 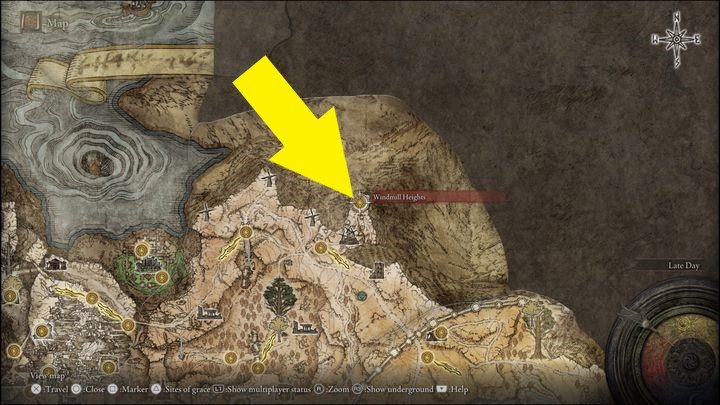 The second Godskin Apostle can be found in the Altus Plateau , more specifically at the Windmill Heights site of grace. 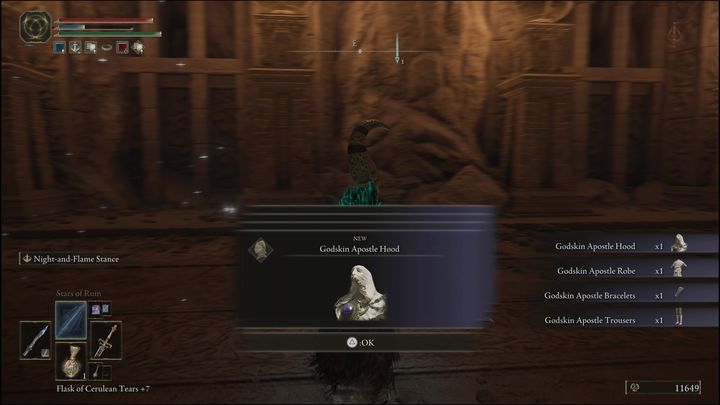 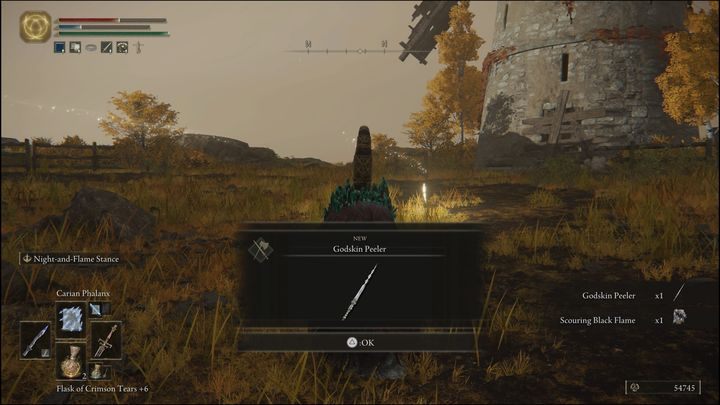 To prepare yourself better for the encounter, equip a weapon or spells that induce bleeding. The boss has a low resistance to this status, so you will be able to deplete his health bar very quickly. 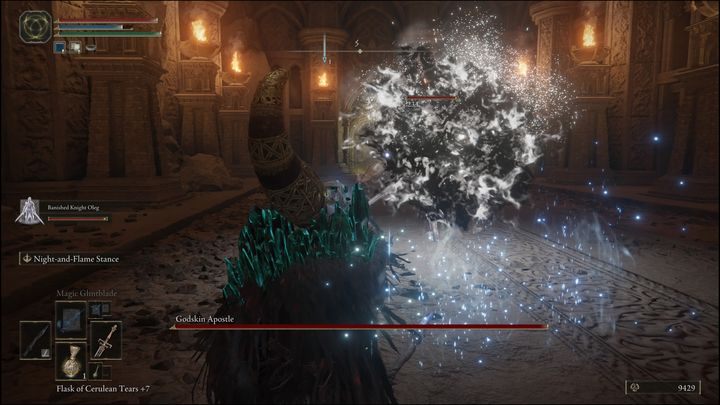 Under no circumstances should you try to replenish your health or mana when you are close to the boss . In most cases, the enemy will respond with casting a black flame orb that is impossible to avoid in close range. If you're away, you can manage to dodge as the healing animation concludes 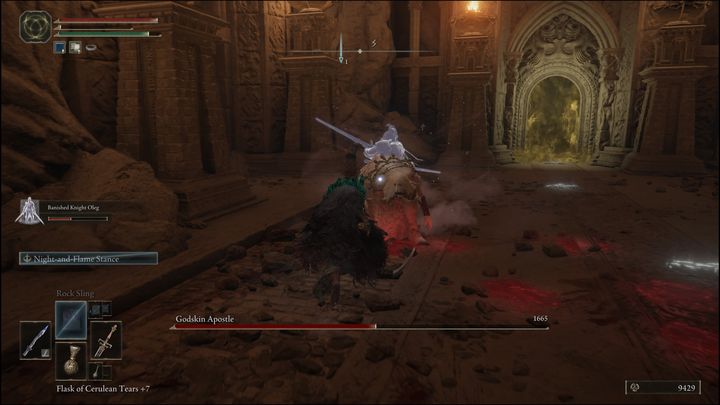 When it comes to melee attacks, the boss performs a short combo consisting of a few hits - in that case, let him attack and avoid incoming blows. As soon as his combo end, start attacking or or fire magic projectiles at him. 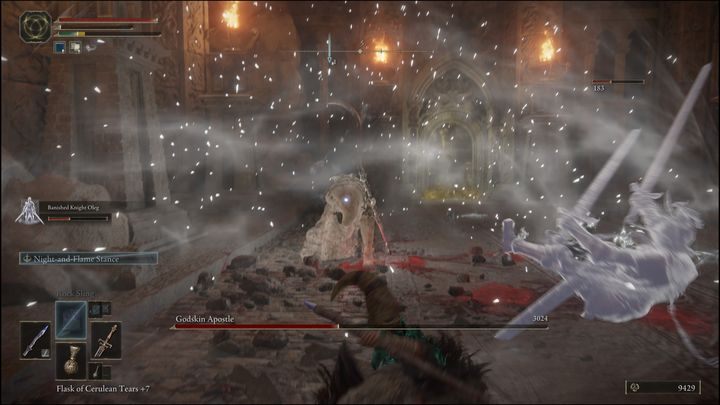 When his health drops below 60%, stay away, because then he will start to rise into the air, creating a powerful shockwave that will push you back and deal a lot of damage. 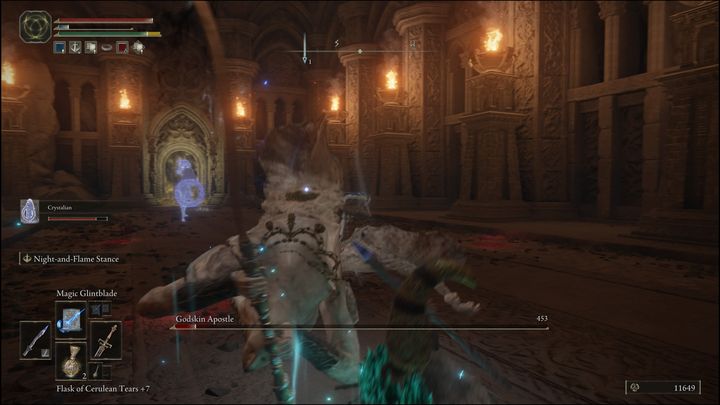 From that moment on, the boss gains the opportunity to extend his body . You should then stay away from it. His black flame attacks are lethal. Also, when one part of his body gets longer, his whole body will move there with further impact animations. Therefore, wait for a good moment to attack.