This page of the Elden Ring guide is dedicated to Sir Gideon Ofnir, the All-Knowing boss battle. The encounter takes place when Leyndell, the Royal Capital becomes buried, becoming Leyndell, the Capital of Ash.

For the region to change its appearance and name, you need to defeat Maliketh, the Black Blade first. . 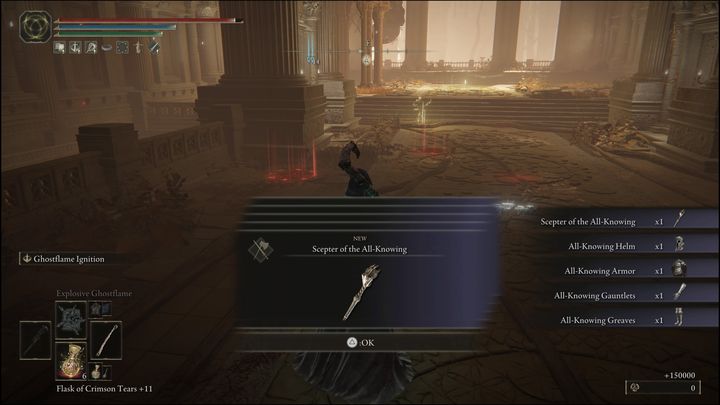 Before entering the arena, make use of buffs that will increase resistance to magic and holy damage. Ofnir attacks mainly with sorceries and incantations. 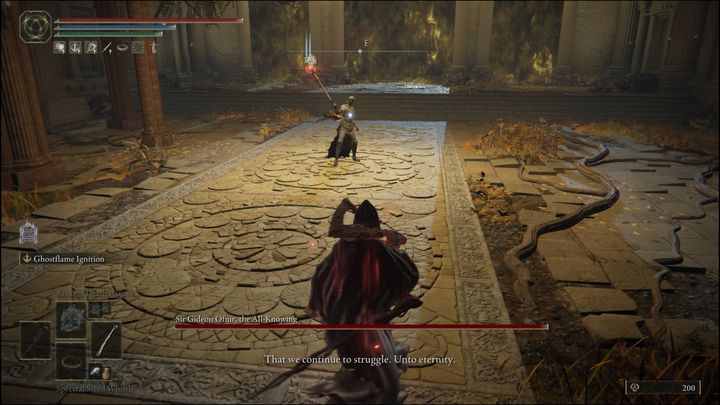 In the fight against him, consider attacking him when he begins to cast slower spells, like Comet Azur, or Rykard's Rancor . You should stay close to the opponent, unless you are fighting with spells. When it comes to spells, use e.g. Night Comet. 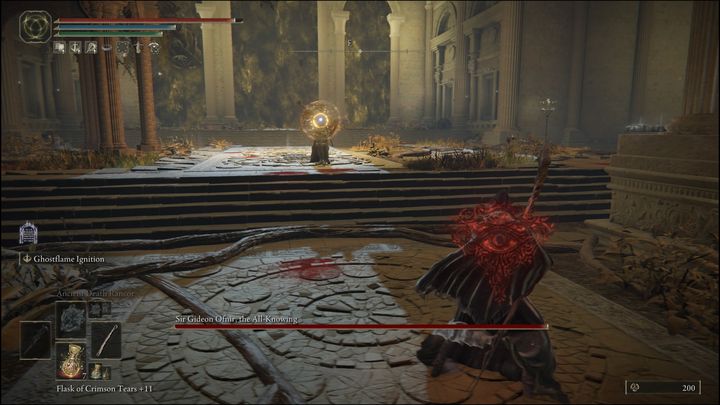 When a yellow mark on his body appears, watch out with attacking, as it means that after a few hits (usually five) of your own, the boss will explode with a yellow glow, dealing a lot of damage to you. The same goes for magic attacks, they can trigger an explosion too. 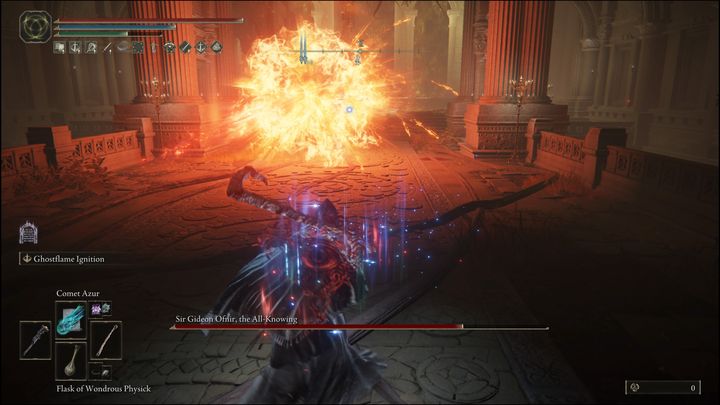 Ofnir has a lot of incantations and sorceries in his moveset. Many of them are missiles flying your way. However, there are a few that have different effects. 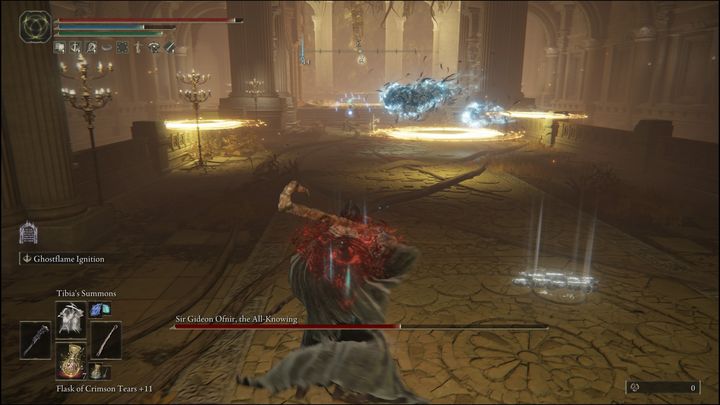 First of all, you should watch out for the three golden discs. Remember that even if you avoid them the first time, they'll return to Ofnir after a while to deal more damage . 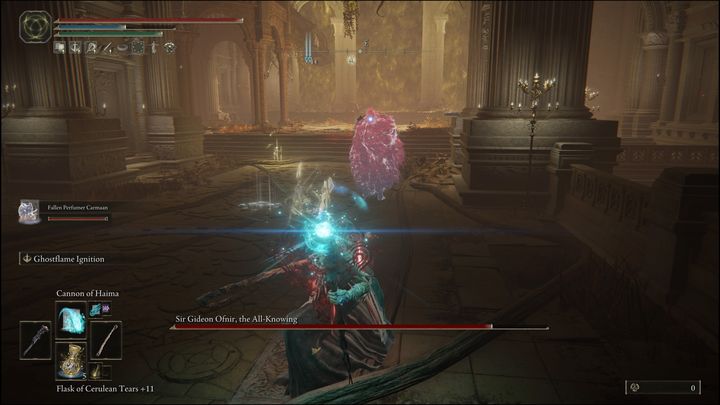 Moreover, if you attack him multiple times and are unable to stun him, he will use a black flame blast . In that case, quickly run away to avoid getting damage. If you're struck, you'll lose HP every second. 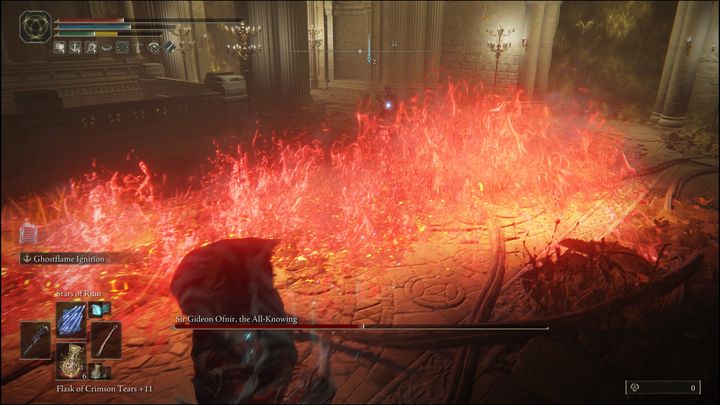 There is a choice of spells that he may or may not use, everything depends on your progress with quests and some bosses. For example, he can use spells from Scarlet Aeonia, MIquella, or Comet Azur. 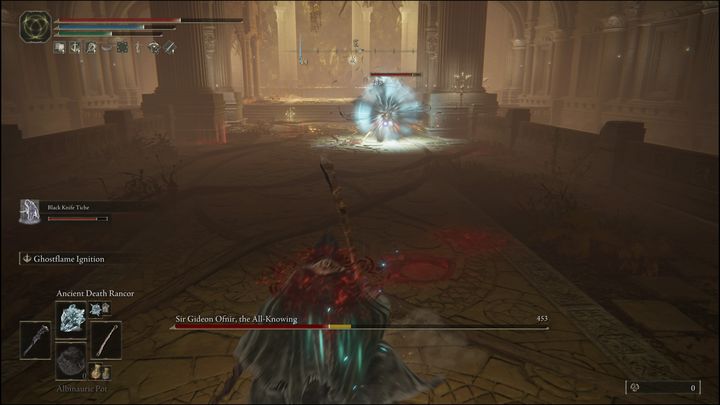 The most important thing in this fight is to avoid attacking too much, as you might get punished for it. You must wait for the right moment to attack, e.g. when he starts casting . You can also (if you met the requirements) use spells that negate enemy spells. A good example is Eternal Darkness .