This page of our Elden Ring guide is dedicated to Bols, Carian Knight boss battle, taking place in Cuckoo's Evergaol in Liurnia of the Lakes. 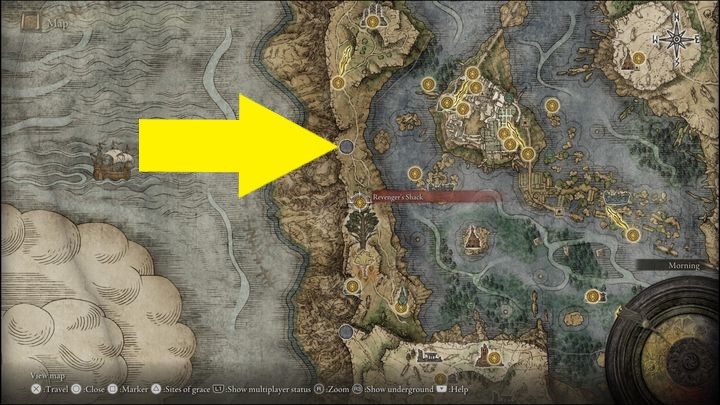 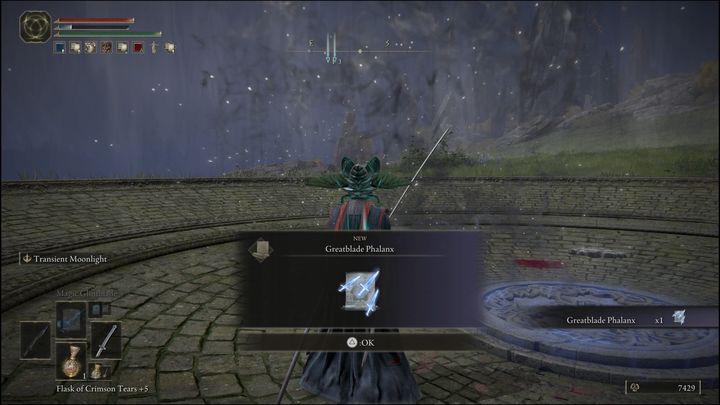 For defeating Bols, the Carian Knight, you will receive a spell, the Greatblade Phalanx and 4600 Runes.

As you enter the evergaol, move to the outskirts of the arena to begin the battle. In case of both melee and magic builds, stay close to the boss's feet to easily get behind him. 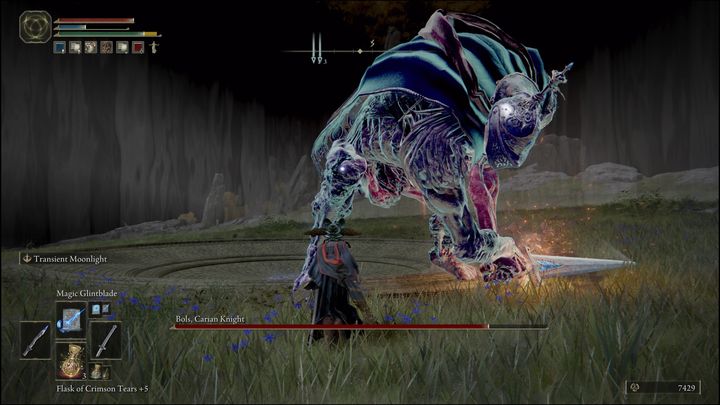 Most of his attacks are linear , they mainly hit what's in front of the boss. Therefore, by clinging to its legs, you will avoid most attacks. However, keep in mind that some of them create a shockwave that will hit you if you do not dodge. 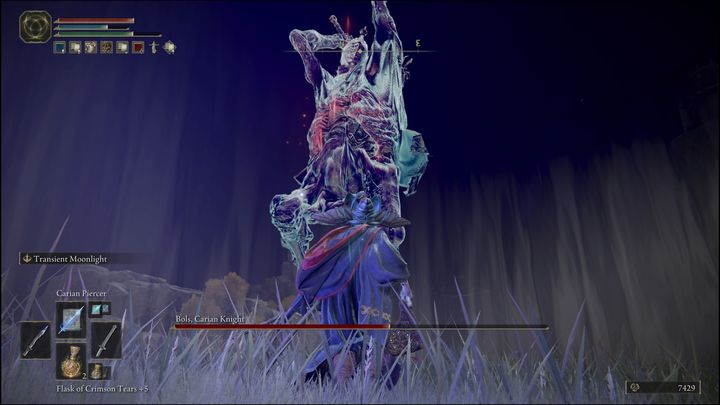 One of his most dangerous attacks is jumping into the air and then attacking with a sword, creating a huge shockwave . Due to the small arena and the range of this attack, it is a good idea to dodge as the boss is about to strike the ground. 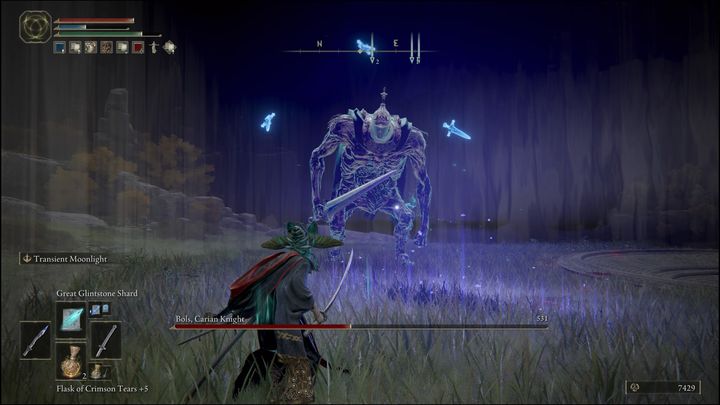 Bols also has access to a magical attack, namely Greatblade Phalanx. This attack is delayed. As soon as you get close to the boss or he to you, the blades will be fired in your direction. Fortunately, the blades don't home well - all you need to to do is quickly dodge to a side. 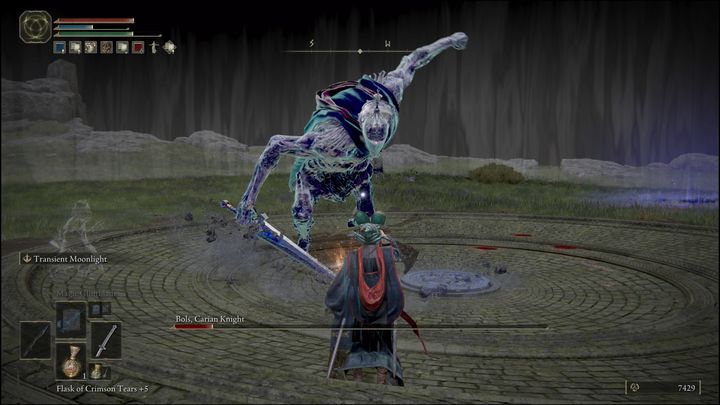 If you aren't close enough or standing in front of the boss, he will start swinging his sword and strike with his hand a few times. This a convenient opportunity to get below him and attack. The same applies to the moment when the boss prepares to roar. Simply go below him to avoid being dazed.