This page of our Elden Ring guide is dedicated to Commander O'Neil boss encounter. This is an optional opponent . However, defeating him is necessary to progress in Millicent and Gowry's questline. 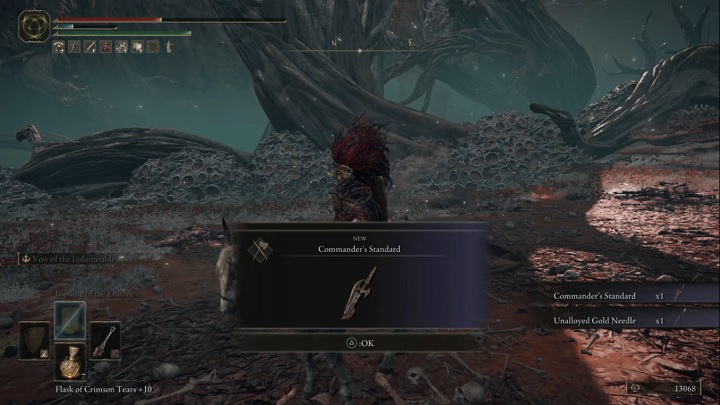 For defeating the boss named Commander O'Neil, you will receive Runes (12,000), Commander's Standard and Unalloyed Gold Needle . The needle is an item required for the Millicent and Gowry questline.

Try to sneak up on the enemy before the fight starts. If you were able to reach him in time, you can hit him a few times before he manages to summon aides and enter the battle. It is better to fight mounted, as the arena's surface applies Scarlet Rot status, although there are safe areas on it. 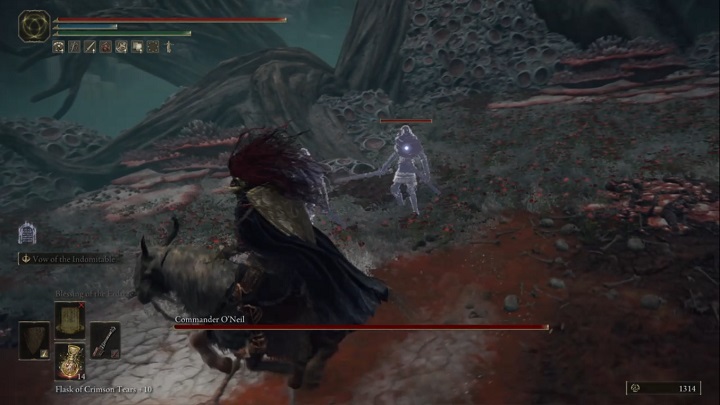 When the fight starts for good, consider focusing your attacks on the Commander's aides . He will not bother you that much when you target the aides, and when they are gone, the fight becomes much easier. Aides' attacks can stun you for a short moment, or even throw you off the mount. This is why you should eliminate them as soon as possible. 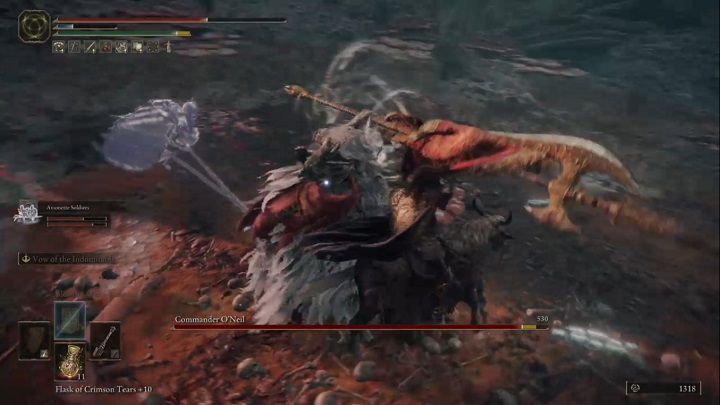 Once they are dealt with, you can fully focus on the Commander. Look out for an attack where a small whirlwind appears around his weapon . This means that in a moment he will trigger a tornado that builds scarlet rot status very quickly and deals quite a lot of damage.

So when you see him casting this attack, quickly back away. The whirlwind does not have a large range, so it will only hit you when you are directly next to the enemy. 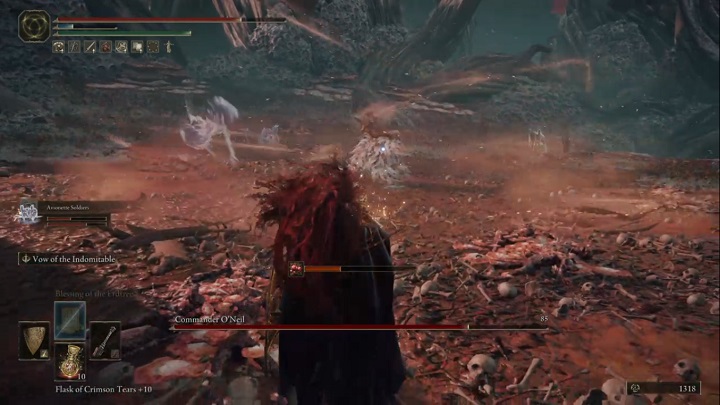 The opponent will also accumulate energy around him from time to time . This will be followed by a very big blast,from which you better stay away from. When this attack concludes, the boss needs to catch a breather. This is a good time to land a few strong blows. 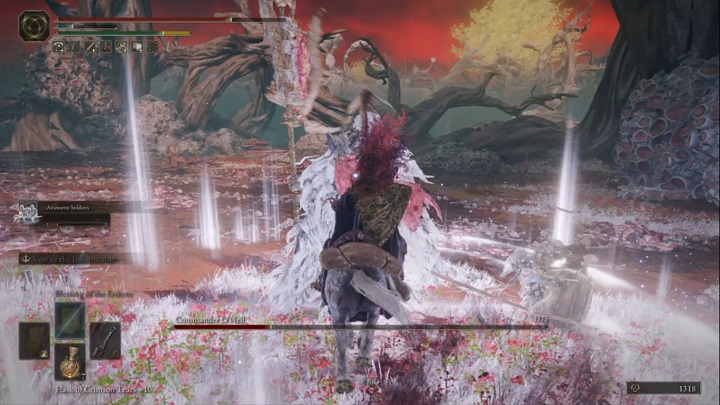 When an opponent's HP drops below half, he summons a second wave of aides . This time, they will be slightly stronger, so taking care of them is definitely a priority. Also, if you didn't take care of the previous group, you'll now have to deal with two. 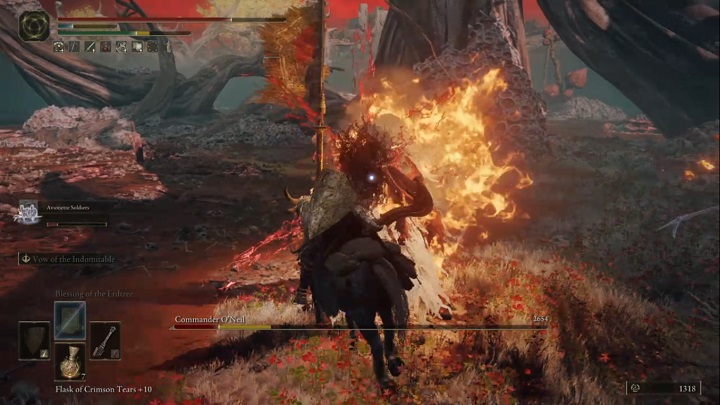 Finish off helpers so you can focus solely on the boss. If you have a weapon that induces bleeding or frostbite, consider using it - this way you'll deprive the boss of his health points faster. There is only a single phase to this encounter, so remember - attack a few times, then back away. The boss will have a hard time hitting you if you skillfully circle around him.