On this page of the Elden Ring guide, you can find a walkthrough for Seluvis's questline, who you first meet in Seluvis's Rise in Caria Manor. His quests involve Ranni, Sorceress Sellen, Nepheli Loux and Blaidd questlines. Our guide will help in finding the starting location, supply a walkthrough for the quest itself, and show the rewards that can be obtained for completing it. 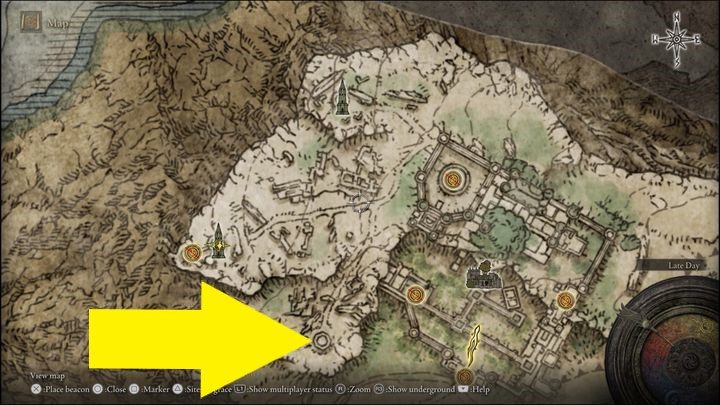 Seluvis' exact location is Seluvis's Rise , which is located in Caria Manor in Liurnia of the Lakes . The location becomes available after defeating Royal Knight Loretta.

Before visiting Seluvis, you must first go to Ranni's Rise , which is located north of Seluvis's Rise . 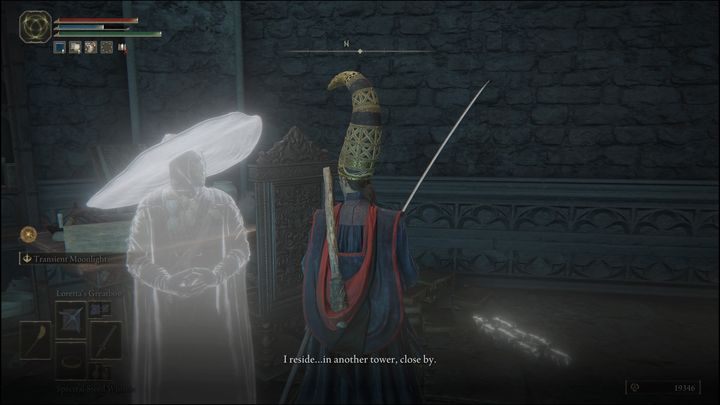 After talking to Ranni, you must go down to the lower levels of the tower to talk to her companions' spiritual projections. One of them is Seluvis.

When you visit Seluvis, he will entrust you with a task. It involves giving Nephela Loux the potion. 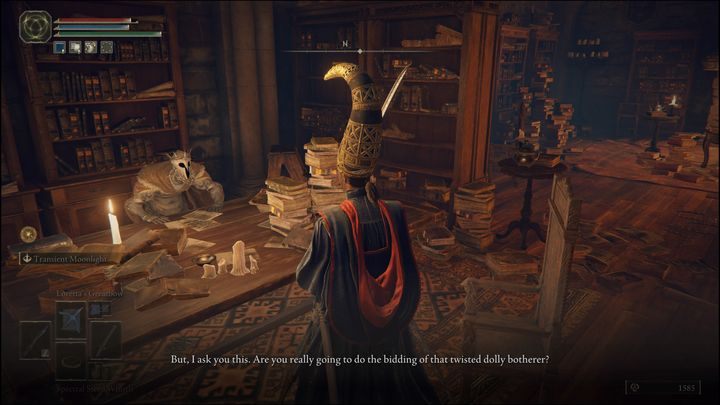 Before you do that, however, discuss the matter with Ofnir, who is in his office in Roundtable Hold . He will suggest giving him the potion, which will in turn safe Nepheli and unlock the next part of Seluvis's quest. There are 3 ways of proceeding at this point: 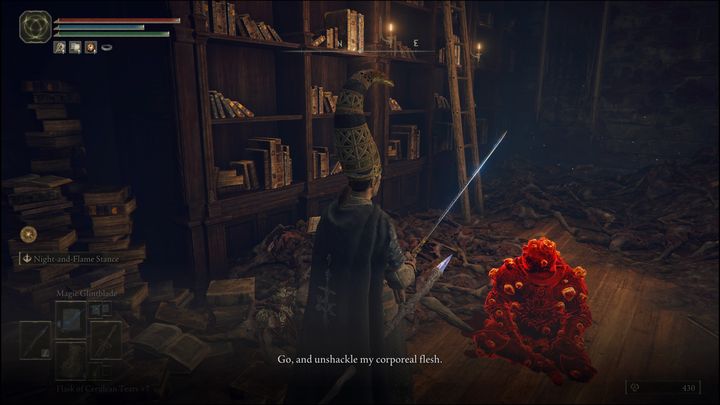 The Dung Eater will appear only after you come to Leyndell. 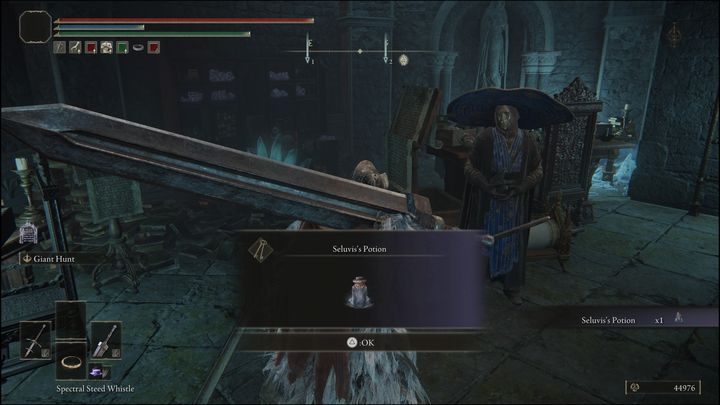 No matter the chosen approach, you'll be taken to a new part of the quest, which, in turn, is closely related to Ranni. You'll have an opportunity to betray her. 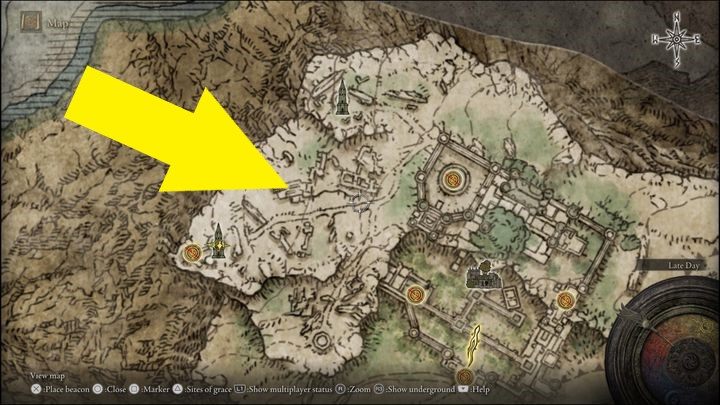 Go to the marked area on your map. You'll encounter ruins. Look for a floor fragment to access Seluvis's hideout - this is where he keeps his dolls. After discovering Seluvis' secret, talk to him. He will reveal that he plans to turn Ranni into his doll, but he needs your help in finding Amber Starlight , which is found in Altus Plateau . 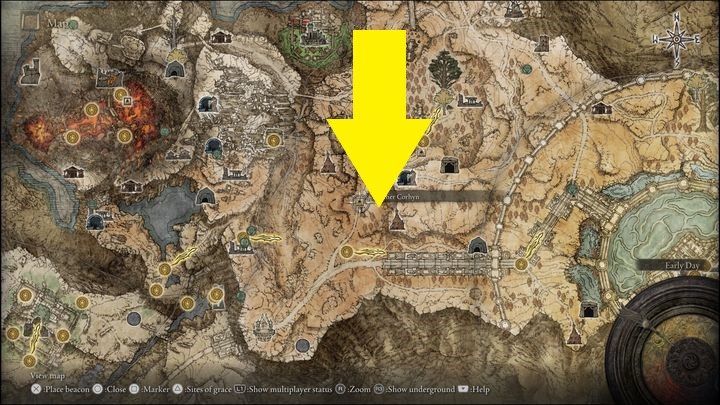 The Amber Starlight can be found in the area marked in the screenshot above. 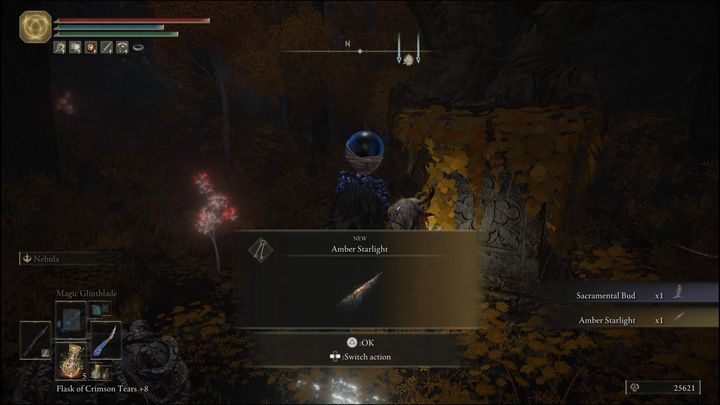 After obtaining this key item, return to Seluvis. After resting, Seluvis will give you a potion that you can give to Ranni.

Unexpectedly, his scheming will reach its end, as Ranni discovers the truth and doesn't drink the potion. She will be very disappointed that you wanted to betray her. If you insist on her drinking it, after the third try she will kill you automatically. You don't have to give her a potion, but just keep it in your inventory . 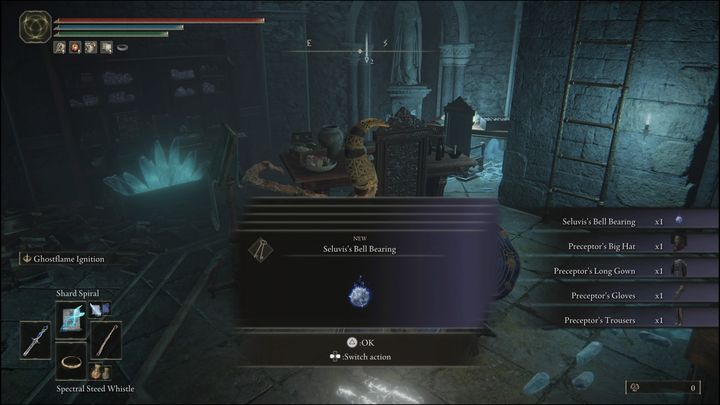 In addition to a talisman and the ability to buy additional dolls, if you've completed Ranni's quest and haven't betrayed her, you'll receive Seluvis's set and Seluvis's Bell Bearing.