This page of our Elden Ring guide is dedicated to an optional boss battle taking place in Mountaintops of the Giants. The boss in question is Borealis, the Frozen Fog. 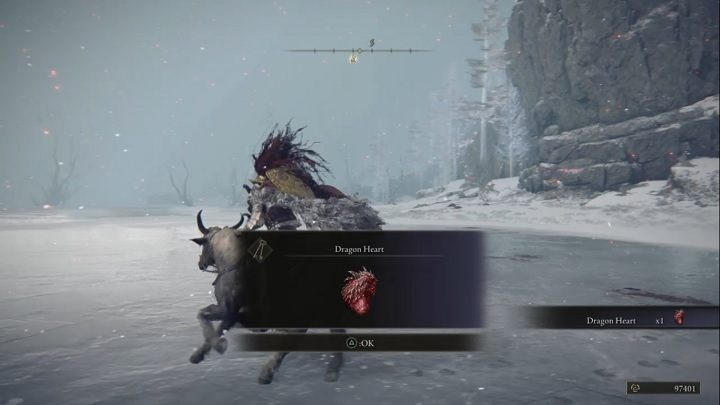 For defeating the boss named Borealis, the Frozen Fog you will receive Runes (100,000) and Dragon Heart . This will also unlock the Borealis's Mist incantation, which will be available at the Cathedral of Dragon Communion in Caelid.

As soon as a snowstorm appears, followed by your opponent's HP bar, you can summon a spirit to help, or equip items that will make the battle easier. These can be, e.g. Thawfrost Boluses. 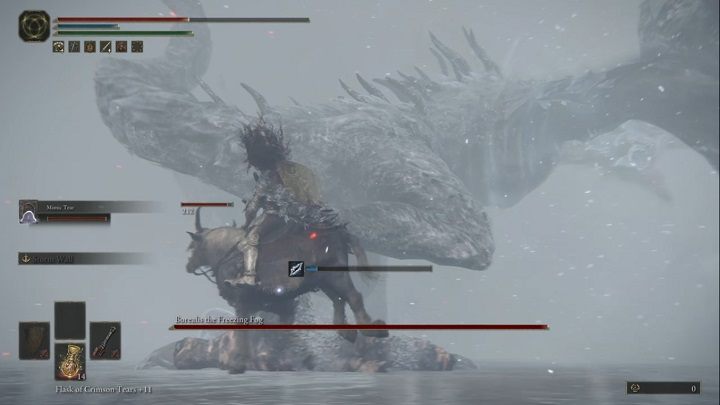 It's best to stay close to its hind legs, attack several times and run away. This is because when you are behind the opponent, Borealis will make a quick spin where it attacks with its tail and then tries to bite you. 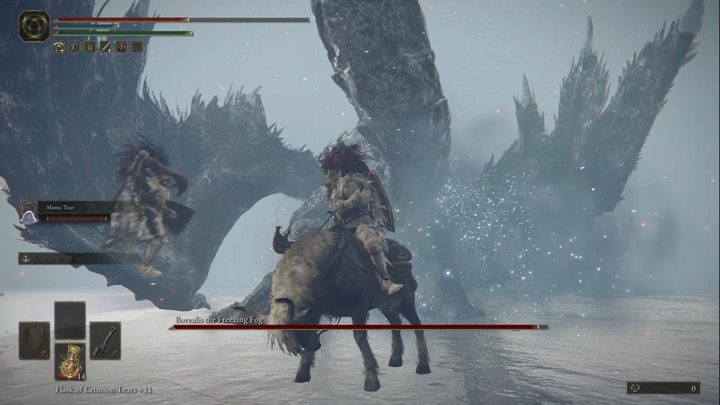 Borealis will also try to crush you with his legs . Each such stomp will make small snowstorm appear. Being in their range quickly builds up frostbite. In such case, move to the other leg, or retreat. 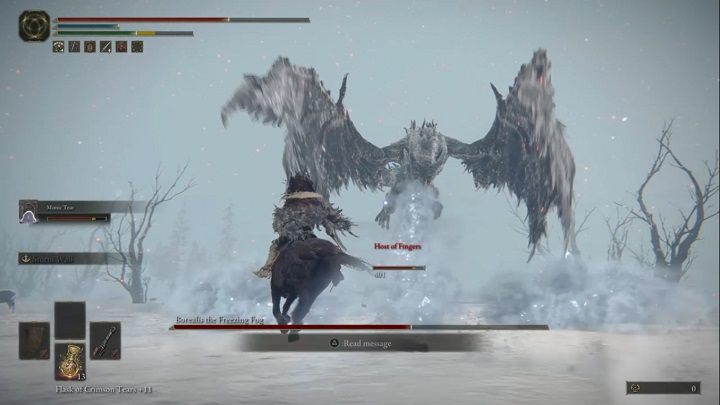 When you circle around Borealis, it will go airborne. This attack is poorly telegraphed, but it will go like this - the dragon will jump backwards, while flapping his wings, and once in the air, it will begin to breathe ice . It's good to be far away from it then, because the attack deals a lot of damage. Moreover, Borealis will stay airborne after this attack, 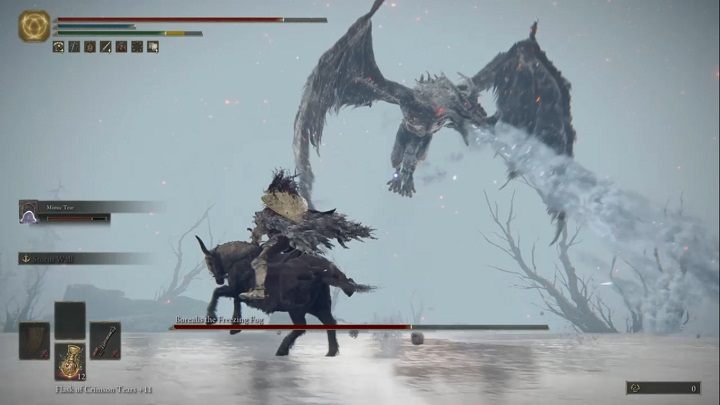 and perform another strike. This time, however, instead of hovering, it will soar in a straight line while breathing ice. After this move, he will most likely be far away from you, so it is worth closing the distance fast so the soar won't happen again. 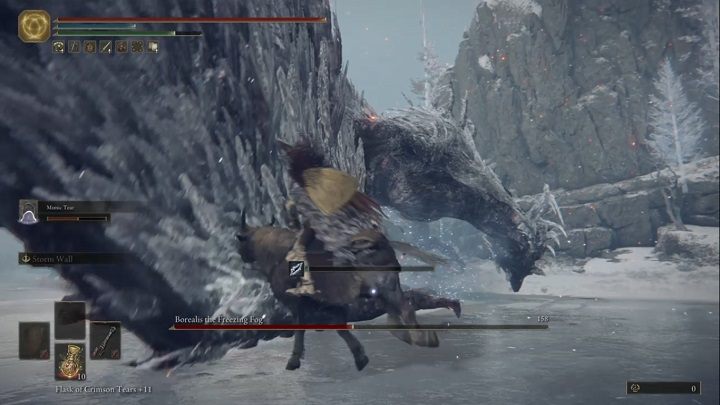 Also remember that if you aren't fast enough to target his hindlegs, you can attack his wings as well. However, attacking wings deals less damage than attacking the legs. You can also attack in such a way once you avoid the ice cloud caused by stomps. 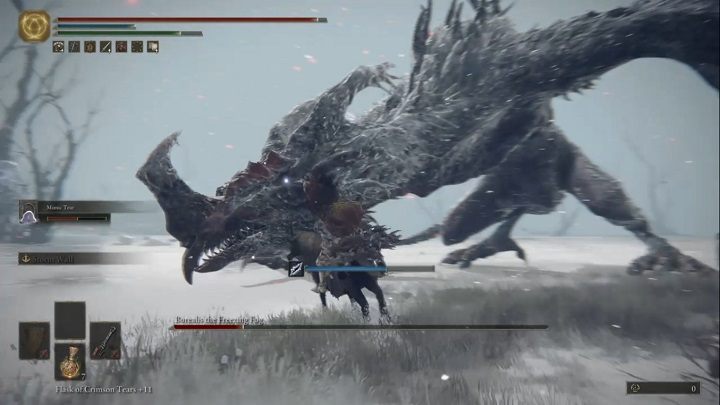 The most sensitive part of a dragon's body is its head . In melee range, it doesn't make much sense to focus on it, as it is out of the range most of the time. However, whenever you have the opportunity,, attack the head. 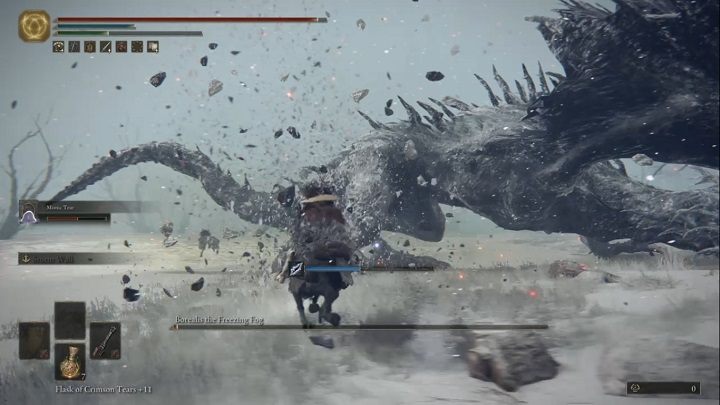 The fight only consists of one phase. Stay close to the legs, attack the head if you have the chanse and avoid ice clouds. The ice clouds can hurt your mount very badly - it only takes two of these to kill it. If you can, also use weapons that induce poison, bleed, or scarlet rot.