This page of our Elden Ring guide is dedicated to an optional boss encounter taking place in Weeping Peninsula. The name of the boss is Miranda, the Blighted Bloom .

Miranda, the Blighted Bloom is an optional boss - you can skip her and still complete the game successfully.

To reach the first version of Miranda, you need to go to a dungeon called Tombsward Cave. On this map, it will be the Site of Grace number 16. This is a location that contains many enemies and threats that apply poison status on you. Therefore, prepare a supply of antidotes.

The second version of the boss is in the Altus Plateau. You'll have to go to the Perfumer's Grotto. 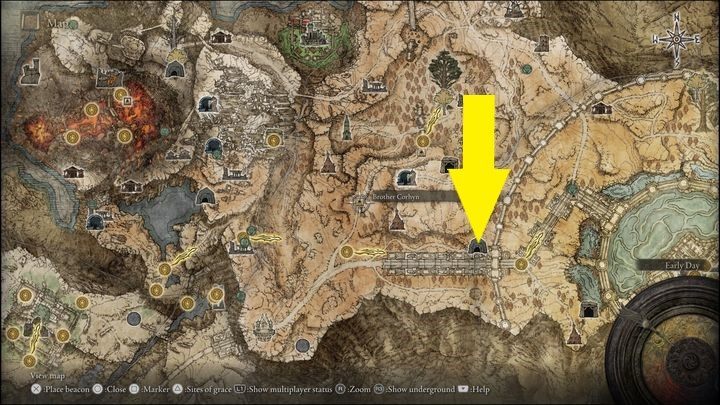 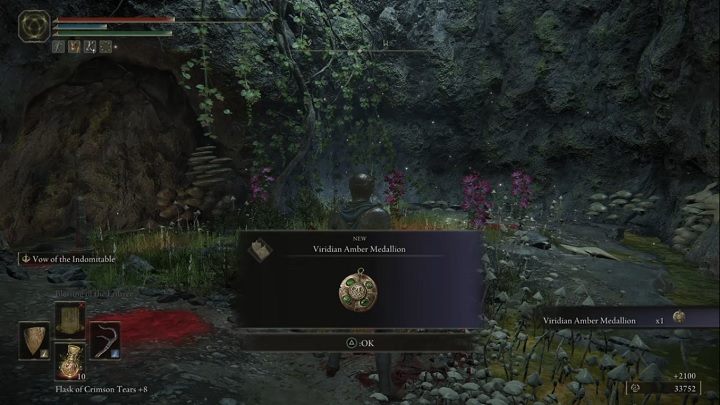 For defeating Miranda you will receive Runes (2,100) and a Viridian Amber Medallion. It's a talisman that will increase your character's stamina by 11%. 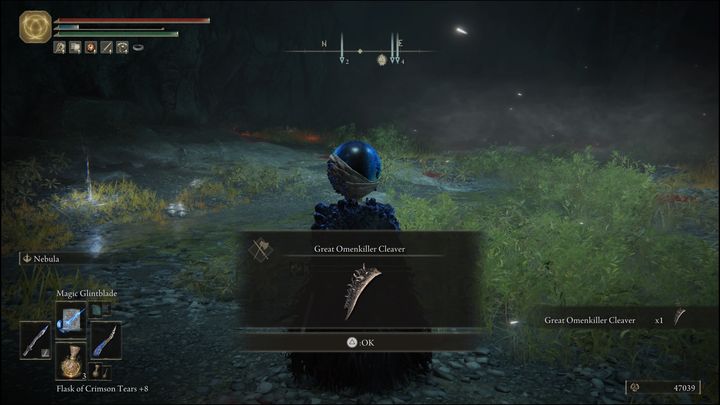 For defeating the Omenkiller and Miranda the Blighted Bloom, you will receive the Great Omenkiller Cleaver and 8,400 Runes.

The arena where you will fight Miranda is rather small. Therefore, prepare a supply of Neutralizing Boluses, as it is virtually impossible to avoid poison status during this fight. Especially that Miranda herself casts a large cloud of poison. 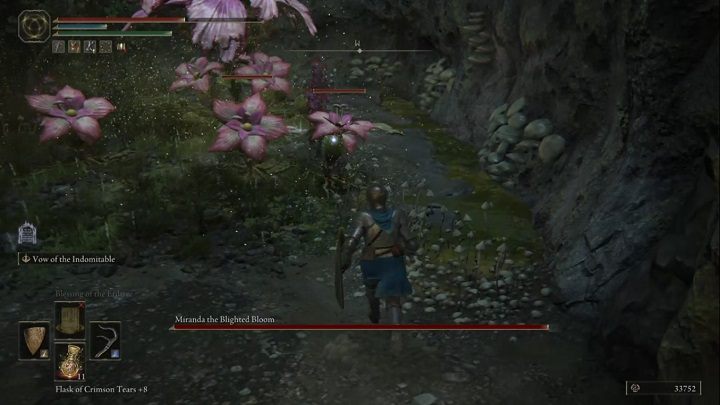 Consider starting the fight with eliminating her aides. These smaller flowers not only block access to the boss itself, but also disperse poisonous gas that siphons your HP. There aren't many of them either, so it's best to take care of them as soon as possible. 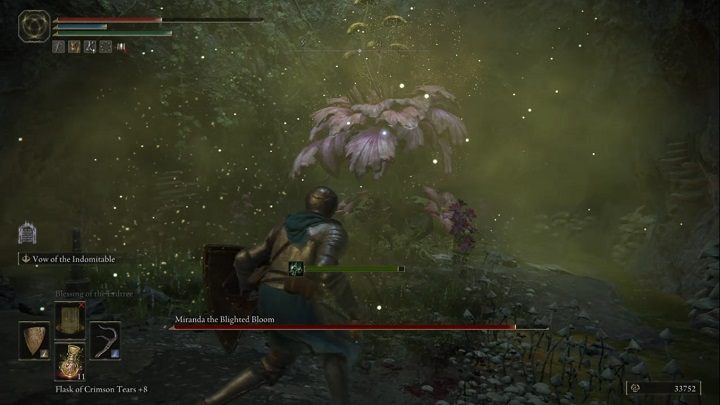 Miranda will strike you with all her might right after the battle begins. She can start by dispersing poisonous gas that deals damage to you once you get in range. Use a torch to remove the cloud. Fortunately, poisoning isn't as devastating as e.g. scarlet rot. Still, make sure to quickly remove the negative status as fast as possible. 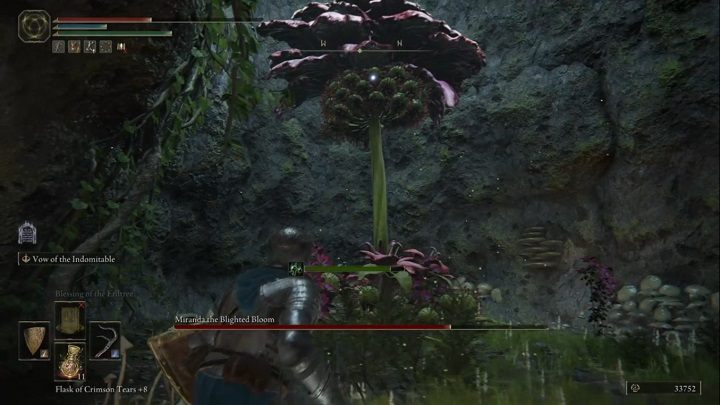 If you notice that Miranda is floating up, it means that she is about to use a magic attack. These will be missiles coming from below and then a rain of projectiles falling to the ground. This is another example of an attack that is difficult to dodge due to the small size of the arena . Fortunately, this attack doesn't take much HP, although you still have to be careful not to get hit too many times. A few dodges will also mitigate HP losses. 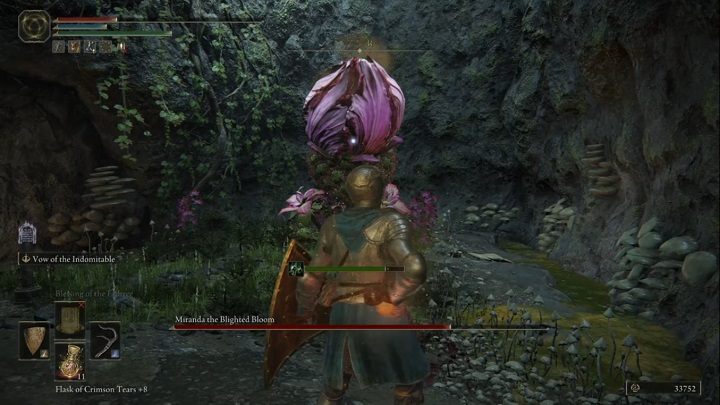 There will also be a moment where Miranda will charge a spell (curling her petals) and then explode with a cloud of poison gas . In such a situation, it is best to move away. The aforementioned cloud also disappears quite quickly, but it deals much more damage than the standard cloud. 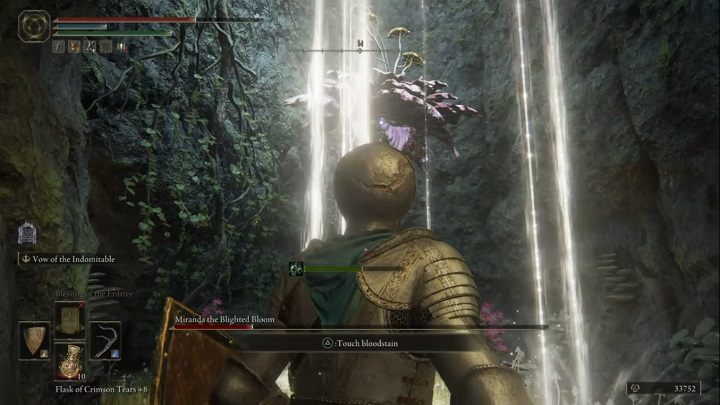 The fight with Miranda isn't divided into phases. . The battle is much easier if you use torch and apply burning on the enemy. Burning will deal a lot of damage to this boss and even interrupt some of her attacks, so there is a good chance that you will get out of this encounter without any major losses.