This page of the Elden Ring guide contains tips on how to fight the bosses in many locations, including Limgrave, Liurnia of the Lakes, Caelid, and the Altus Plateau.

This boss battle is optional - you don't have to fight him if you don't want to. 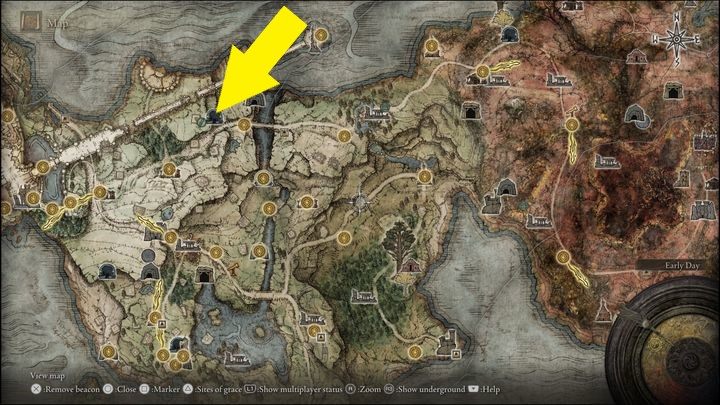 You'll first encounter the boss in Limgrave, more specifically in the Deathtouched Catacombs.

Black Knife Assassin in Liurnia of the Lakes: 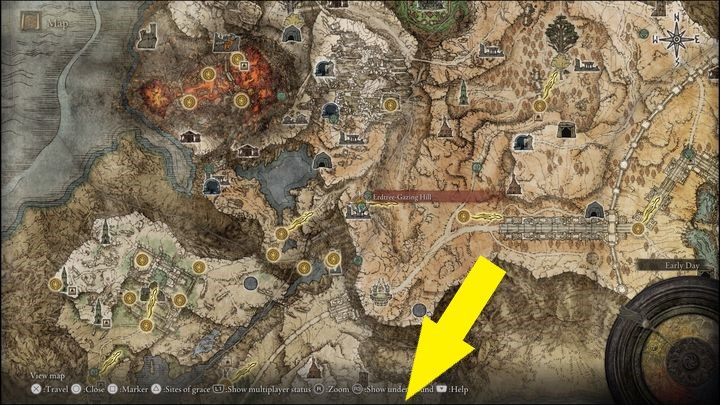 The second version of the boss is in Liurnia of the Lakes, more specifically in the Black Knife Catacombs. 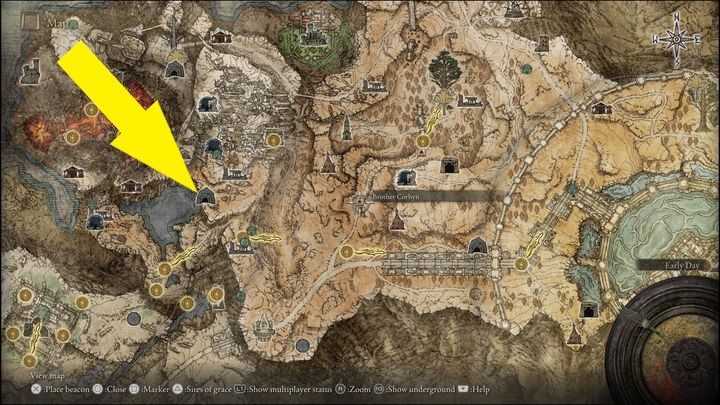 The third version of the boss is located in the Altus Plateau, more specifically in the Sage's Cave.

For defeating the Black Knife Assassin, you will receive the Assassin's Crimson Dagger and 1600 Runes.

Black Knife Assassin in Liurnia of the Lakes: 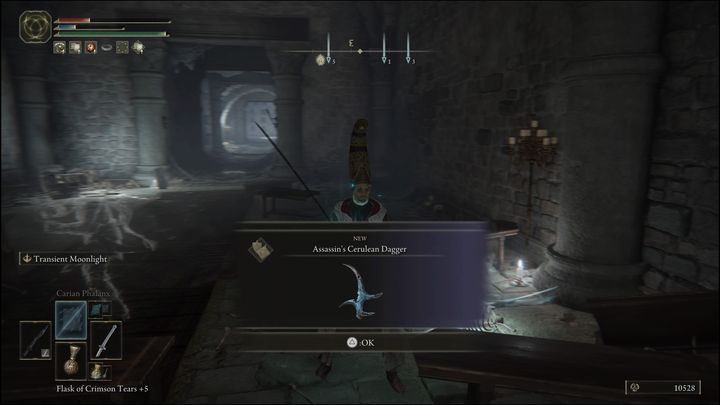 For defeating the second version of the boss, located in Liurnia of the Lakes, you will receive the Assassin's Cerulean Dagger, the Black Knifeprint and 1600 Runes. 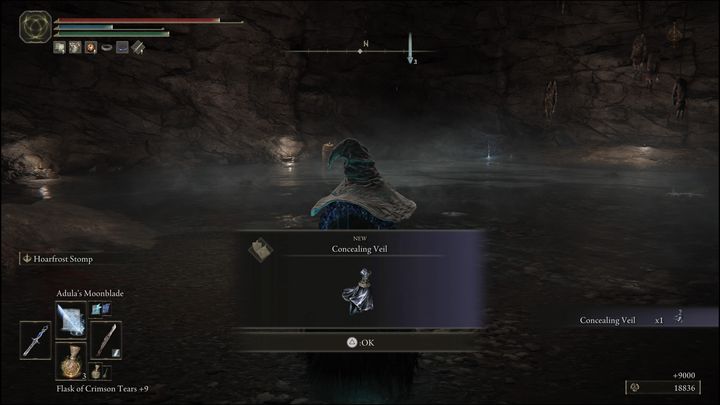 For defeating the final version of the boss, which is located in the Altus Plateau, you will receive the Concealing Veil talisman and 9000 Runes.

The opponent is encountered at the very entrance to Sainted Hero's Tomb. Before you get closer and initiate the encounter, use the opportunity to summon allies or use items that will make the battle easier. You can also consider using items that increase durability. The battle involves a lot of dodges, so make sure your stamina is up to the task 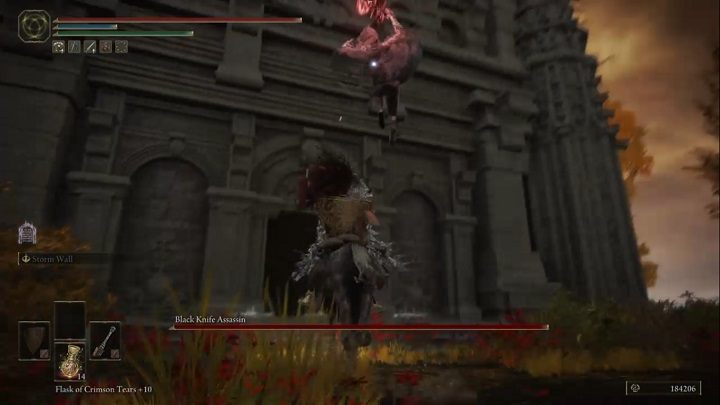 Fighting on a mount may prove to be more difficult than on foot. Although your mount can dodge (through short dashes) but this is not nearly as much compared to what your character can do. Mounted combat carries the risk of being desaddled which will be followed by being temporarily exposed to attacks. 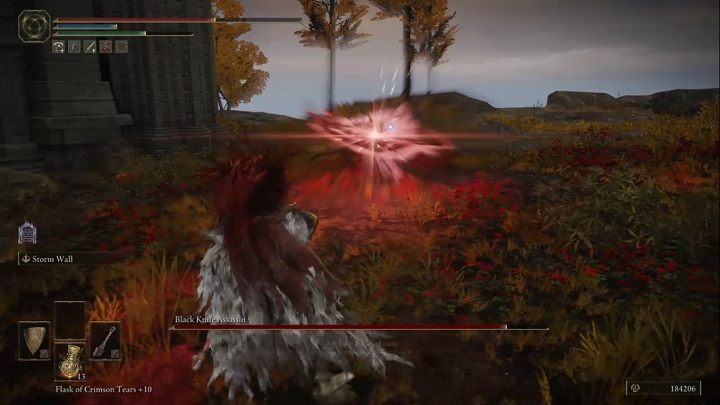 The opponent usually attacks with his dagger, but sometimes he also uses a magic attack. One of them is a rapid projectile that deals fire damage when it hits. You will avoid it by dodging in any direction. You will recognize the attack by the fact that the enemy starts to swing with a fiery dagger. 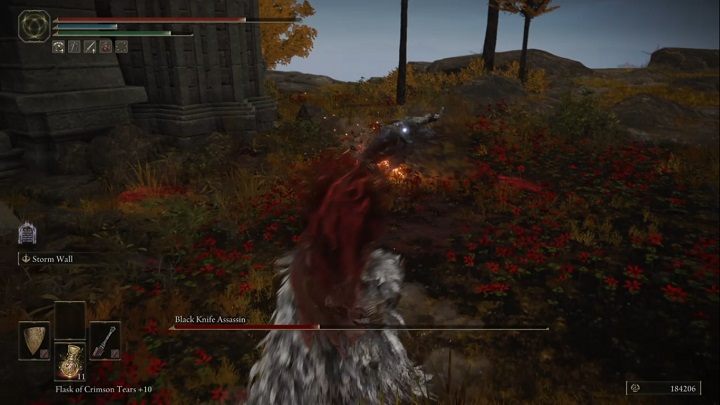 The enemy also likes to point his dagger to the ground and run around the area. Avoiding this attack gives you an opportunity to land a few attacks of your own (provided you are using a fast weapon) If, on the other hand, the enemy manages to catch you during this attack, you'll be knocked down. It may also happen that the enemy will attack with an additional combo while you're down. 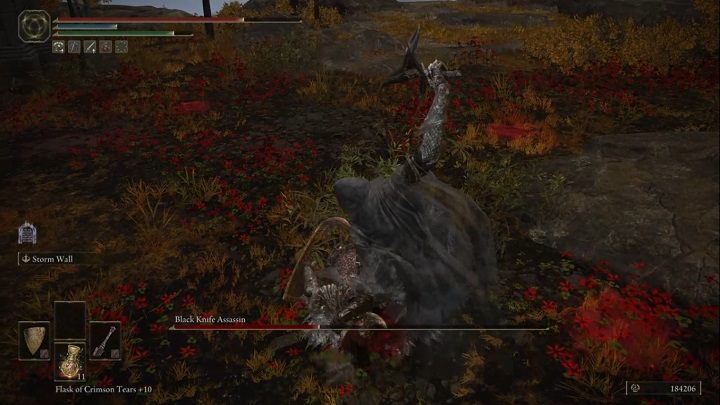 There is also a possibility that the enemy manages to grab you during the fight. You can recognize that a grab is coming as you'll see that the enemy raises his arm and makes a quick step toward you. If he manages to land the attack, fortunately he will only deal a single hit. However, you cannot break the grip so you need to wait until you're free again. Remember that an ally cannot deal damage to the boss during the grab. To avoid being grabbed, dodge away as you see him reaching out. 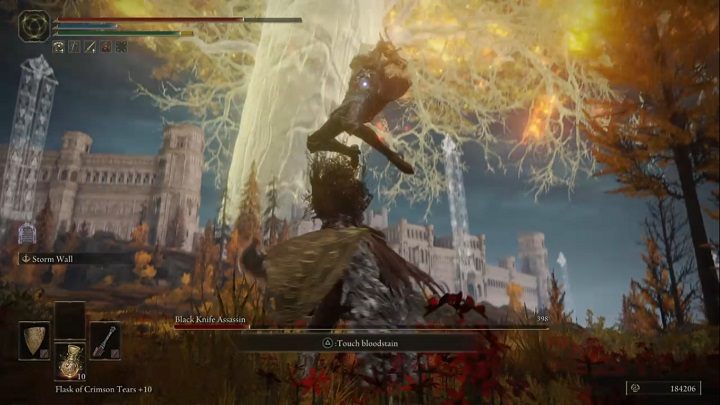 When the opponent jumps high up, holding the dagger with both hands, it means he is about to perform a death from above. In order to avoid this attack, it is best to dodge towards the enemy (as the strike is about to land). After the enemy performs the attack, he needs some time to recover - this a good opportunity to strike. 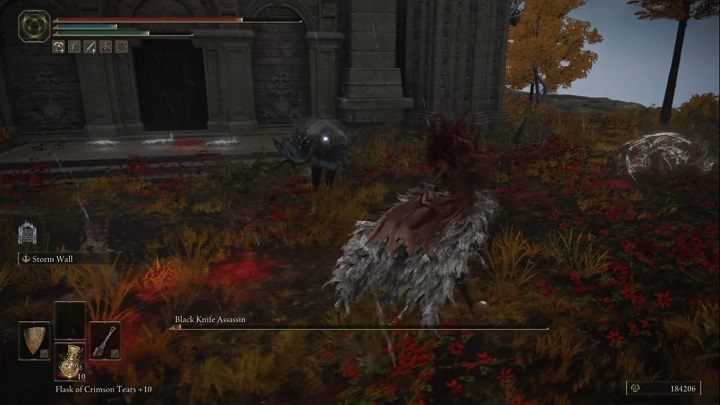 This fight doesn't consist of phases - it goes the same until the enemy is deprived of his health points. The key to success is dodging frequently - you need to be as agile as your opponent. If you additionally utilize ashes or allies, the fight should not pose any difficulties.