This page of our Elden Ring guide is dedicated to Adan, Thief of Fire boss encounter. This is an optional boss locked in Malefactor Evergaol. The prison is in the southern part of Liurnia of the Lakes, next to Liurnia Lake Shore site of grace. Killing Adan is an optional objective. However, getting rid of this boss is rewarded with Flame of the Fell God incantation.

Adan, Thief of Fire is a humanoid opponent. This means that he is fast and is able to dodge your attacks. The biggest challenge of this fight is staying in the right range and distance to avoid fire spells. Fortunately, the red rune will signal when the boss is about to cast a spell. When the red rune is lit, dodge and distance yourself from Adan. .

Adan will often cast the Flame of the Fell God incantation - this is a large fireball that, when struck, covers a large part of the arena with fire. It makes it difficult to approach the enemy, but the casting animation is slow, making it easy to retreat back to safe distance when needed. Sprint will help you avoid it. The second spell, a fiery blast, is much more dangerous. You have less time to react to this one. 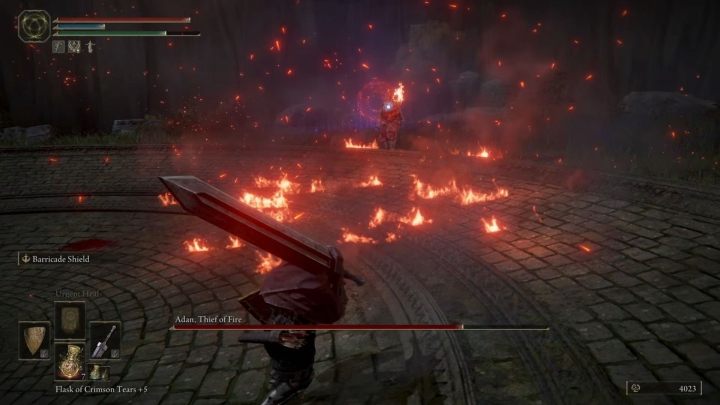 In addition to spells, Adan has a weapon in his employ. It isn't that powerful, but it induces a bleeding effect that you need to watch out for. The melee combo often misses, as the attack animation is long - watch out for the final strike and counterattack right away. This way you will punish him for missing. 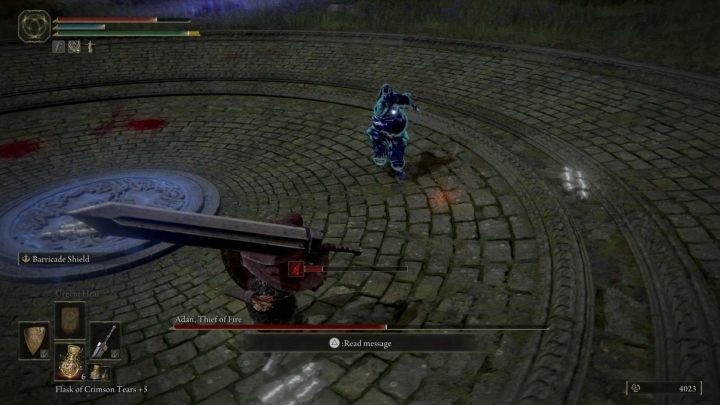 Adan is a humanoid character, so you can easily throw him off-balance and break the attack animation, for example with death from above attacks. Take advantage of it when the opportunity presents itself. Additionally, it is easy to stun him if you are using heavy weapons. Once the stun comes into play, you can strike with one or two extra attacks. 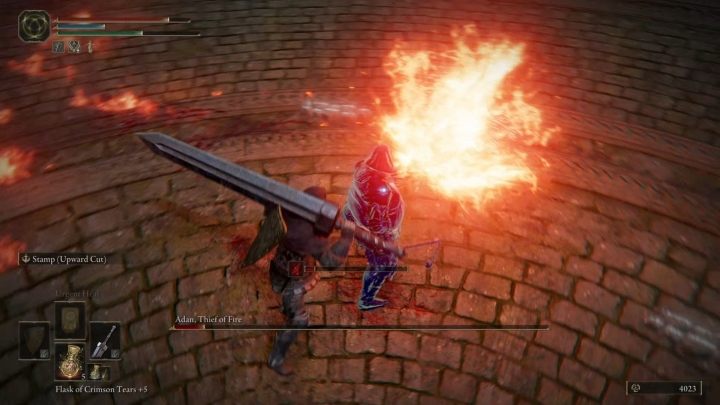 You can also approach your opponent from behind while he is casting a spell. If you are fast enough, you will be able to hit Adan from behind with a critical attack. Also, remember that the enemy can use a flask of crimson tears to regain health - make sure to interrupt it. Stick to our tips and the enemy will be quckly taken care of