On this page of our Elden Ring guide, you can find a walkthrough for a questline involving Sorcerer Rogier, n NPC found in Stormveil Castle. Thanks to our guide, you'll know how to initiate the quest, how the quest proceeds, and rewards received for completing it. 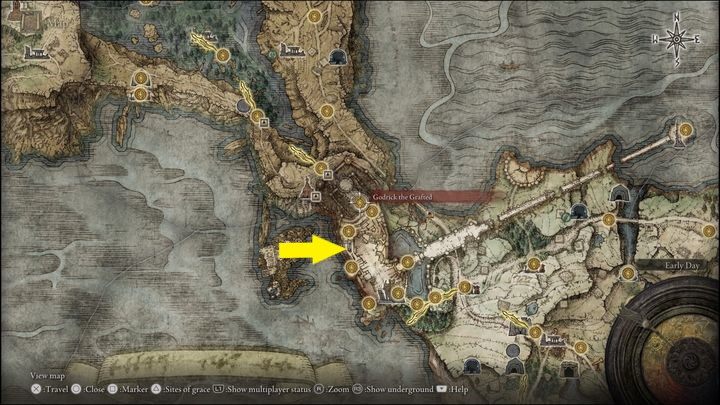 Rogier is in the Stormveil Castle , on its west side, more specifically in a small chapel. 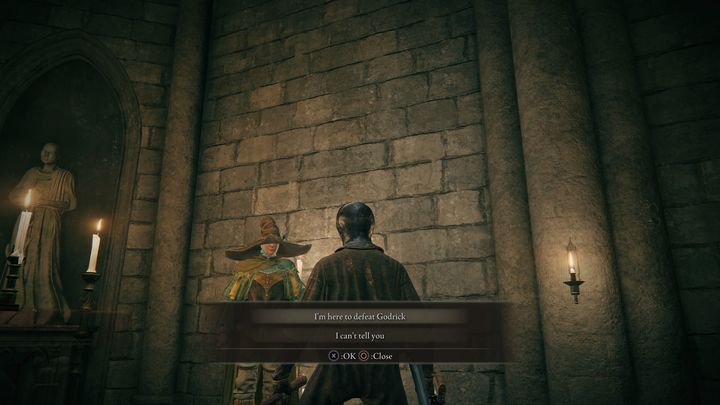 When speaking to Rogier for the first time, tell him what the purpose of your trip to the Stormveil Castle is. 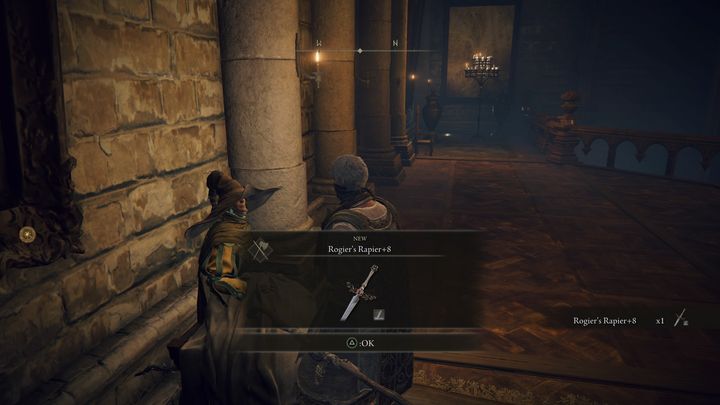 After defeating the boss called Godrick the Grafted , Rogier will move to the Roundtable Hold . Talk to him and tell him that you defeated Godrick. This will give you his weapon, Rogier's Rapier 8. 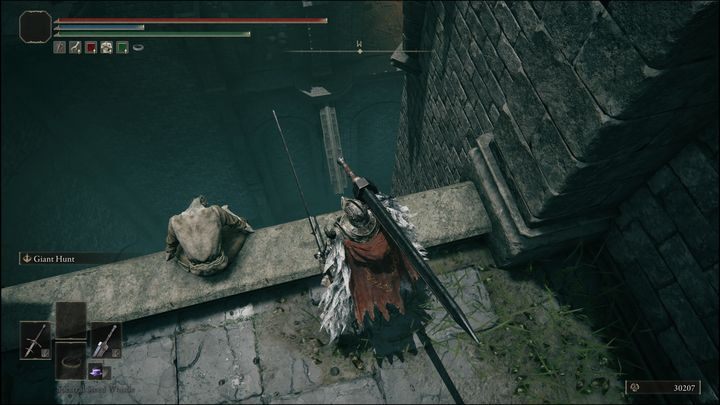 The further part of Rogier's quest takes place below the Stormveil Castle. Go to the Liftside Chamber site of grace. As you leave the chamber, go right. You will notice a human body next to the edge. Then you have to safely jump down to the very bottom. 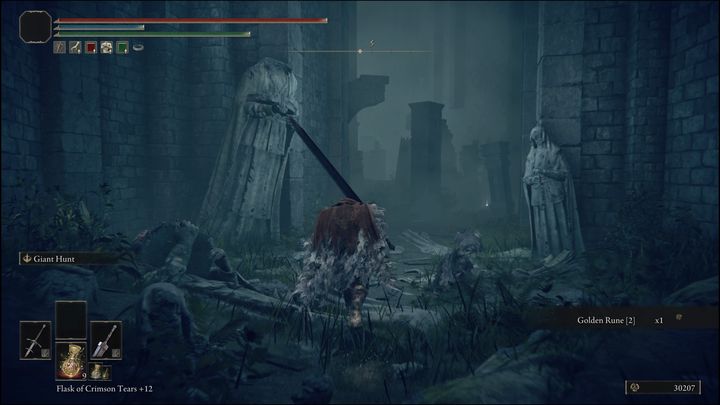 You should encounter several smaller and larger rats. Defeat or avoid them, then go straight ahead. 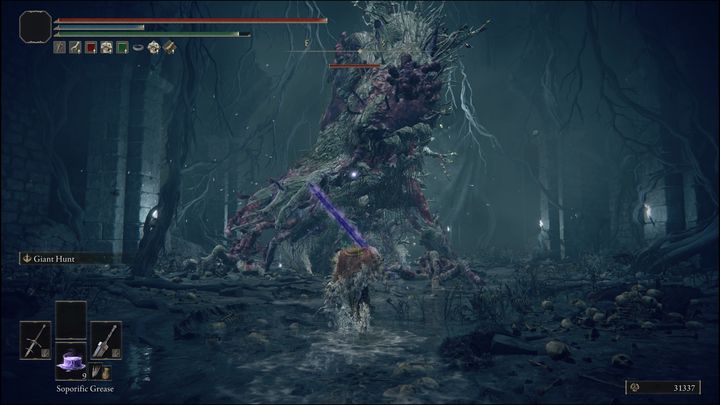 By jumping down again, you will have to fight an opponent, a tree spirit in the form of a humanoid enemy. 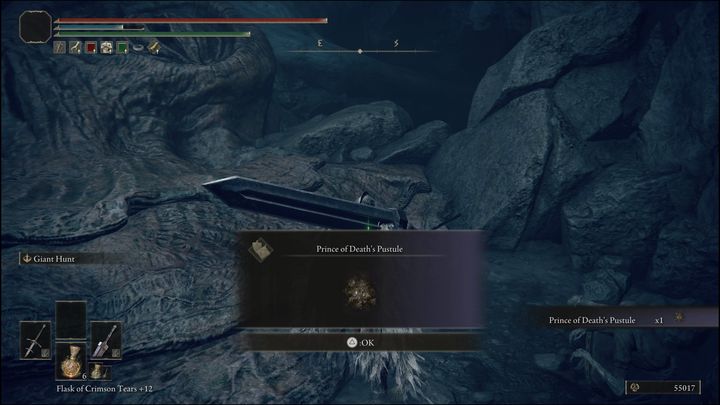 Defeat him and continue forward. You will notice a great stone face. Next to it, there is an item to pick up, the Prince of Death's Postule . 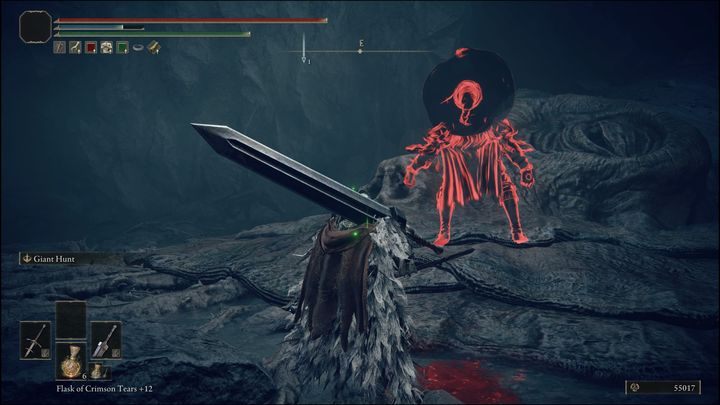 Interestingly enough, you may be surprised to find a red bloodstain here that is a sight reserved for the online features of the title. The stain is Rogier's. Interact with it to see what happened. 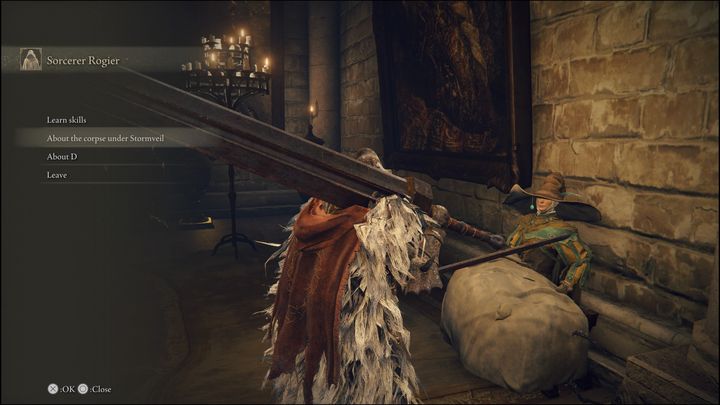 Go back to Rogier and ask him about the corpse below the Stormveil Castle. You can now approach Fia to hug and choose a few dialogue options which will give you the exact location of Black Knifeprint. 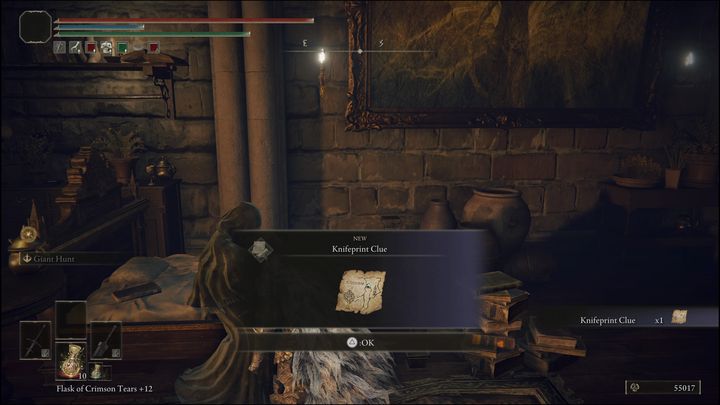 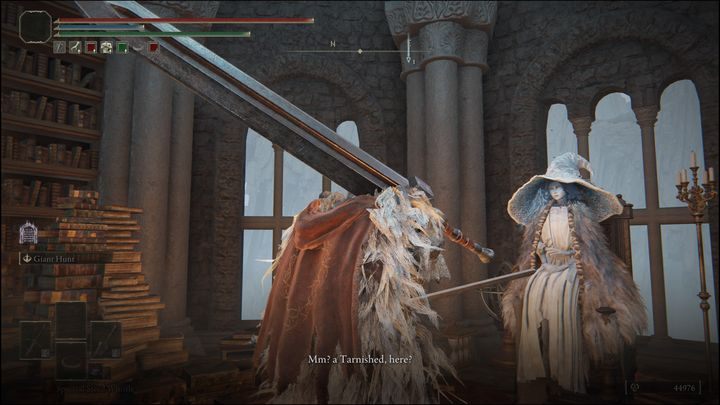 Go back to Rogier and give him the Black Knifeprint. After resetting the location, he will examine this item and tell you to seek out Ranni. 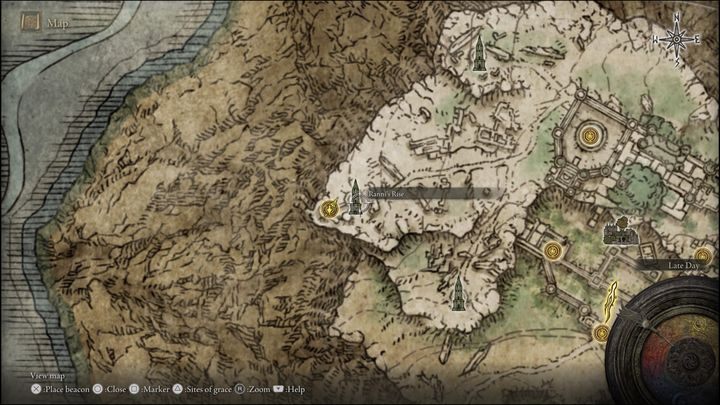 You can find her in Ranni's Rise , in the north-eastern part of Liurnia of the Lakes. You need to be accepted into her service, which starts an additional questline. Once you accept her offer and start her questline, go back to Rogier. 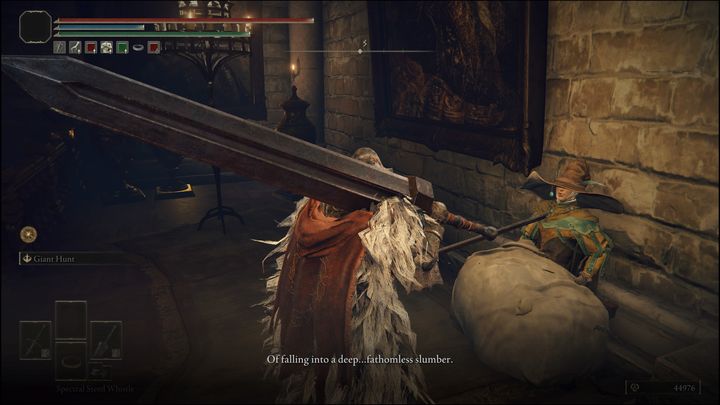 He will tell you that he is slowly falling into a deep slumber and there is nothing you can do about it. After resetting the location, you won't be able to talk to him anymore due to his condition.

During Ranni's questline, you will have to kill Blaidd. Once Blaidd is taken care of, travel to Roundtable Hold and approach Rogier to finish the mission.

For completing the quest, you will receive Rogier's Bell Bearing , an outfit, and a letter that will reveal the truth about D, the Hunter of the Dead's brother.