This page of our Elden Ring guide is dedicated to an optional boss encounter taking taking place in The Shaded Castle, a region of Altus Plateau. The boss in question is Elemer of the Briar which is an optional encounter - you can skip him and still finish the game. The fight is similar to the Bell Bearing Hunter encounter.

The Shaded Castle is a location in the northwestern part of Altus Plateau. You can find the exact location here . Once you are close to the castle walls, you will have to climb them. From there, you can go downstairs and find the entrance to the castle. Eventually, you will reach a Site of Grace called Shaded Castle Inner Gate . The boss is nearby. 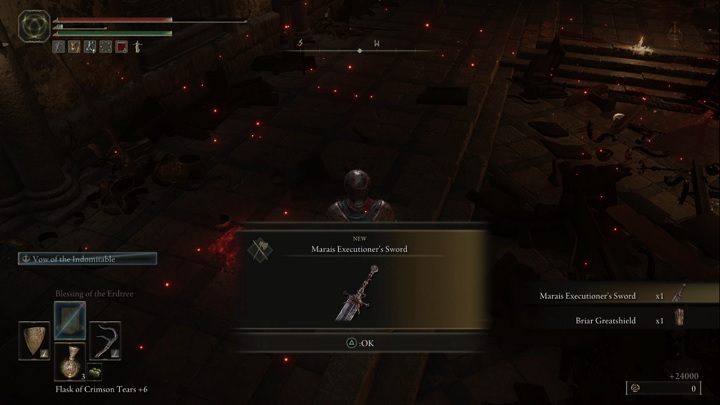 For defeating Elemer from Hawthorn you will receive Runes (24,000) and the legendary Marais Executioner's Sword and Briar Greatshield .

After crossing the barrier, you can stay in the fog and take advantage of the short moment when the opponent is inactive. Now is the time to use Spirit Ashes or items that will help you in combat. 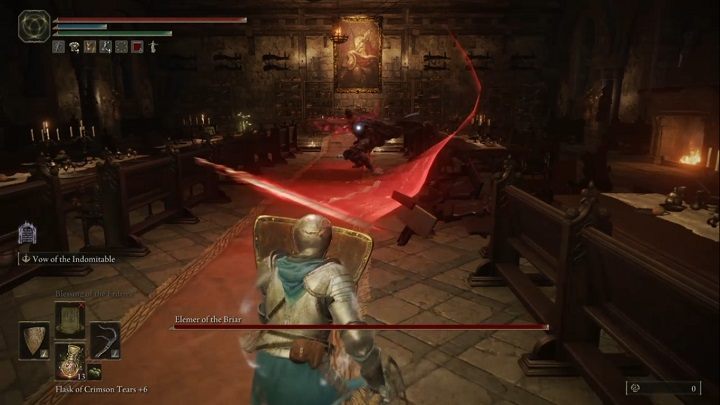 Most likely, after the start of the encounter, the boss will fire a ranged combo. He will swing his sword, with each attack having a larger range than the previous one. In such a case, either move back as far as possible (however, you may not be able to because of the small size of the arena) or dodge towards the enemy, each move getting you closer to the opponent. 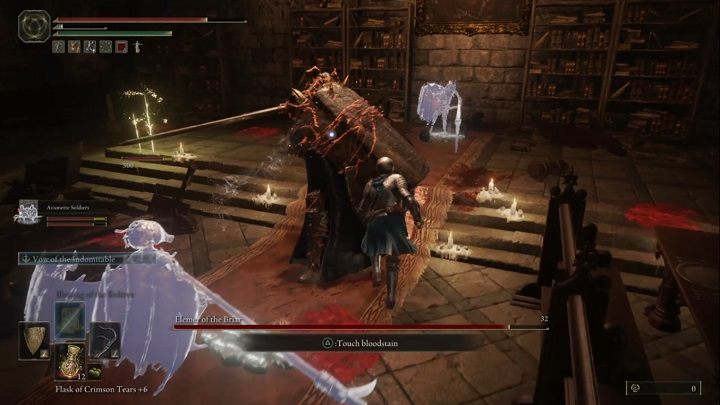 Stay close to the enemy at all times during combat. Even more so that Elemer is an enemy that closes the distance often and very quickly - for that reason, take the initiative. 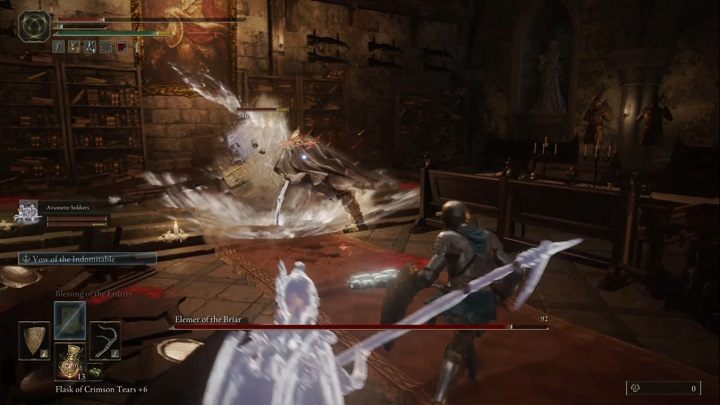 Sometimes, the enemy utilizes his shield, which if not used, stays on his back most of the time. A shield strike will trigger an area of effect attack , albeit its range is low. Dodging on at the precise moment of the attack will save you from losing HP. 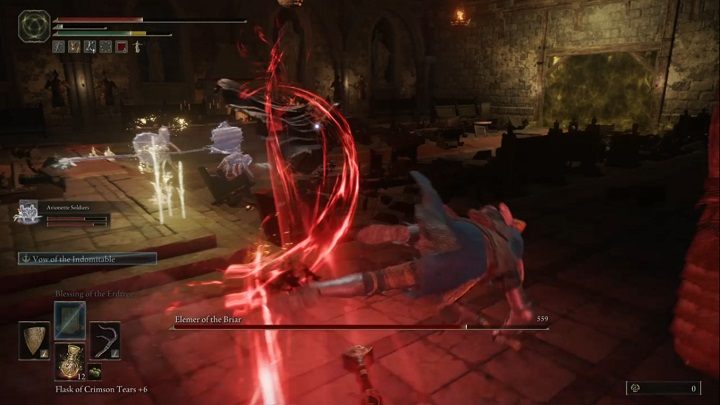 When you move away from him a bit, the opponent can use a linear attack. You will know its coming by the way he flexes with a sword held in front of him. It is best to avoid this attack by dodging. This attack has a fairly long range and if you dodge backwards, it can reach you even though it is quite far away. 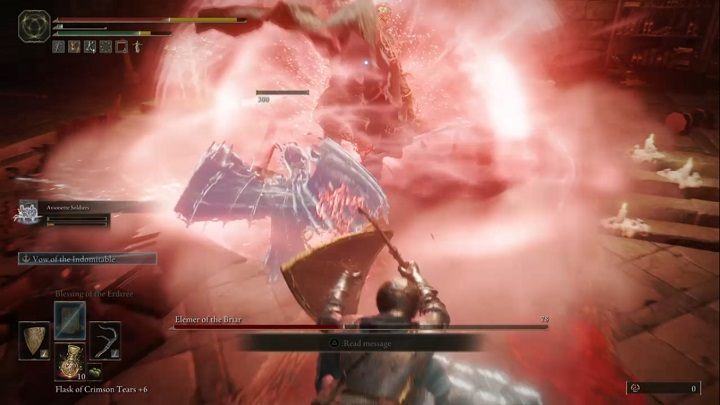 Some of his shield attacks (ground strikes) will cause an explosion . If you see that after a strike, the boss is bent, it means that the explosion is imminent. If so, it's best not to get close to him and wait before attacking again. After this attack, the opponent needs a moment to return to action. 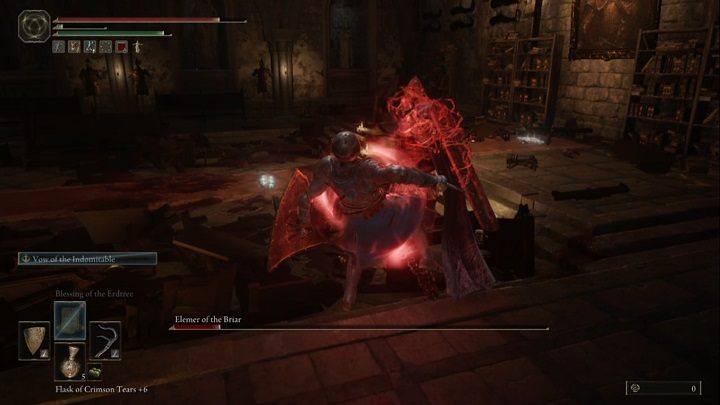 It may also happen that the opponent grabs you. This attack cannot be blocked with a shield - if you notice that magic is gathering near his left hand, get ready to dodge as the grab is about to take place. This attack deals a lot of damage - moreover, during the buildup, the enemy is invlunerable and your attacks won't do anything.