This page of our Elden Ring guide is dedicated to a boss encounter taking place in Miquella's Haligtree location. The boss in question is Loretta, Knight of the Haligtree - an optional encounter that you can skip and still finish the game. You've faced this enemy before, but this time she returns in a different form.

Miquella's Haligtree is a hidden location. The entrance to it is in a location called Ordina, Liturgical Town . You'll also encounter a Site of Grace of the same name. Ordina, Liturgical Town is located in the northern part of Consecrated Snowfield - the exact location can be found here . As you enter the town square, there is a small gargoyle that you can interact with it, which will activate a portal. Enter it to get to a different version of the same area. Your first task is to light 4 candles found next to certain statues. Finding them is not a problem - worry about encountered opponents, as one of them is invisible. Nevertheless, don't worry about losing your progress after dying, as your progress in this task is saved automatically. After lighting all the candles, the barriers will disappear and you'll be able to continue to the next area. The teleport is located in a tower to the north of the city . 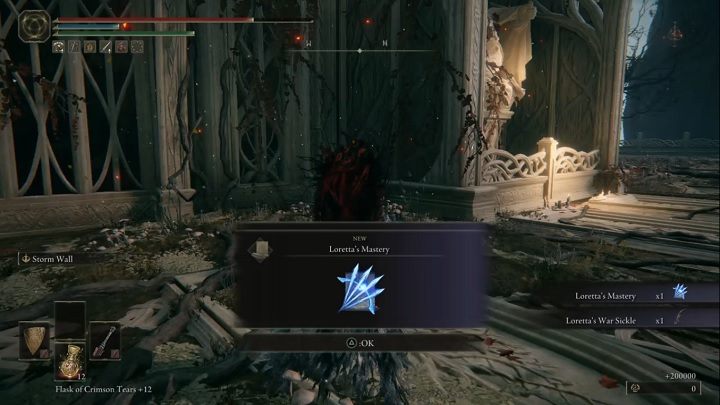 After crossing the barrier, you will have quite a lot of time to equip Ashes or prepare items that can aid you in combat. The arena is large and the opponent is in the very center of it. Therefore, it will take some time before she closes her distance to you. 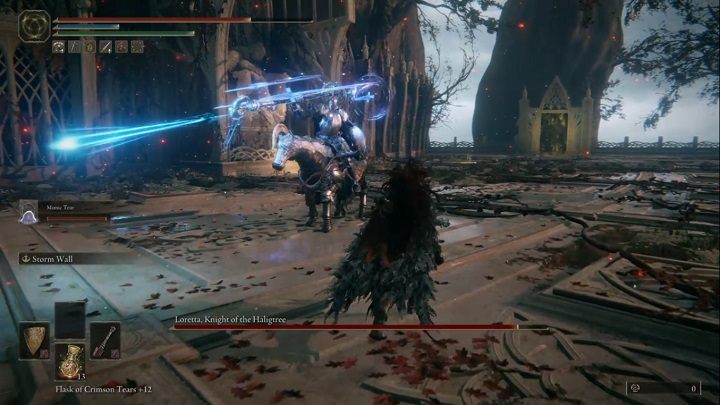 To make the battle easier, you can summon a companion with high endurance. The Mimic Tear can also prove to be useful here, as it can distract the opponent. Keep your enemy at a medium distance throughout the fight, and be ready to dodge if needed. The enemy can also fire magic projectiles that home towards you. This attack is easy to recognize by the materializing rune. 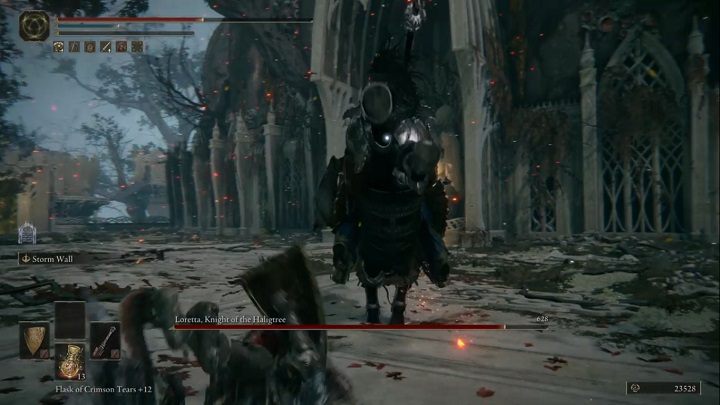 Circle around the opponent, but stay at her sides, interchangeably, so that she has to reposition. If you are directly behind him, his mount will perform a kick. 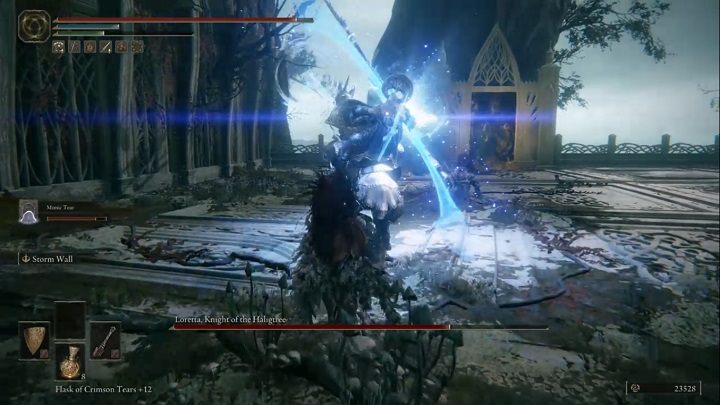 The opponent can use his magic bow, even before you deplete half of his HP. Its projectile deals a lot of damage and additionally causes an explosion, so you need to dodge very carefully to avoid taking damage. In such a situation, it is a good idea to roll towards him to shorten the distance and gain a chance to attack. 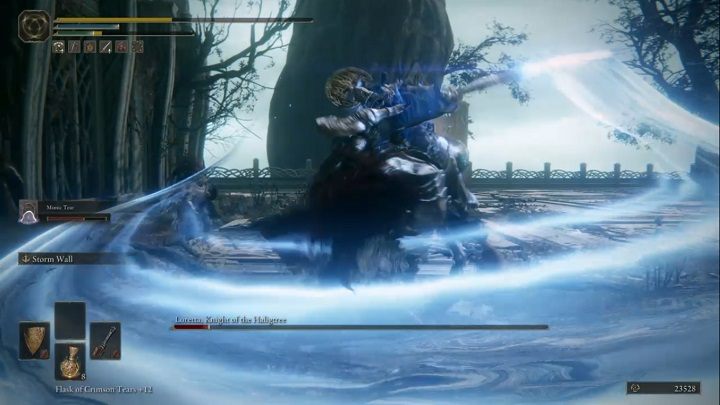 In the second phase (which will happen after you deplete half of the enemy's HP), the opponent will become more fierce and much more dangerous. His weapon will now deal magic damage, so you will lose HP much faster if you come within range of his attacks. One of the boss's moves involves two sweeping strikes, a jump, and a strong landing - if subjected to it, there is a high chance that you'll die. 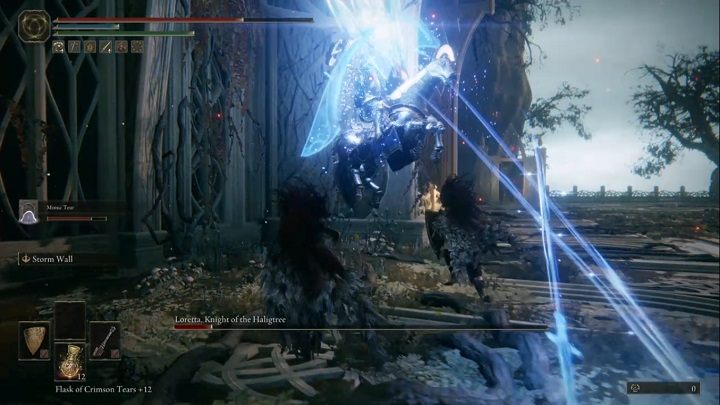 The bow attacks are more dangerous in the second phase, as the opponent fires three big arrows instead of one. Additionally, the boss makes use of other projectiles, so be ready to dodge - again, preferably towards the enemy, so you'll have a chance of reaching her and attack. 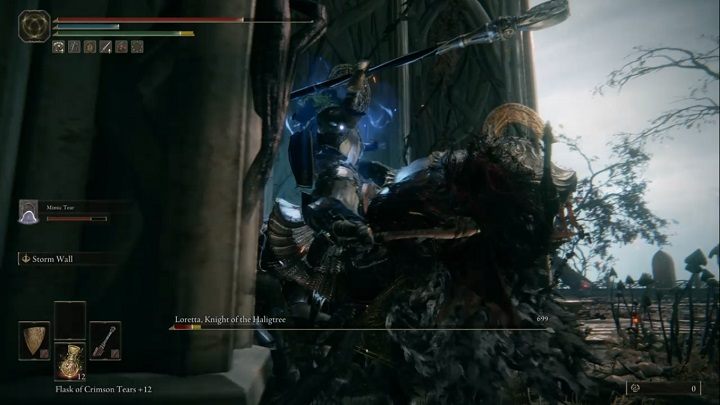 You can also corral the enemy towards the wall - thanks to this, he won't be able to escape your grasp, opening her to your attacks - nevertheless, watch out for smaller projectiles that can still hurt you. Also watch out for melee attacks, as if you're close, the boss uses them more often.