This page of our Elden Ring guide is dedicated to an optional boss encounter taking place in Mountaintops of the Giants, in Castle Sol to be exact. The enemy we are talking about is Commander Niall. Defeating him is not mandatory - you can skip this encounter .

Niall is encountered at the end of Castle Sol. After passing through the castle and several rooms, you will end up in at a Site of Grace place called Church of the Eclipse. There you will find a side exit from the church, in front of which is the entrance to the building that you must pass through. Once you exit it, there is a boss arena at the top of the stairs in front of you. Along the way, watch out for a few stronger enemies that will follow you up to the fog. Niall is characteristic for his dual swords. 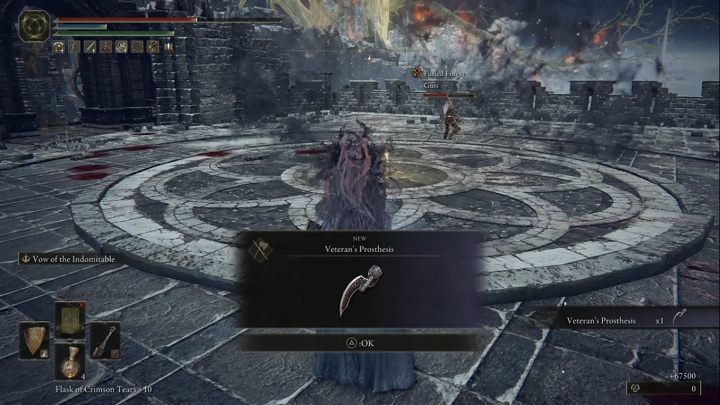 For defeating Commander Niall you will receive Runes ( 67,500 ) and Veteran's Prosthesis - a weapon from the Fist category.

After crossing the barrier, you can quickly reach the enemy - aides summoned by him materialize on both sides. Before they manage to materialize, you can deal a lot of damage to them. If you're fast enough, you might be able to throw them off balance and thus gain an opportunity to land a critical hit. 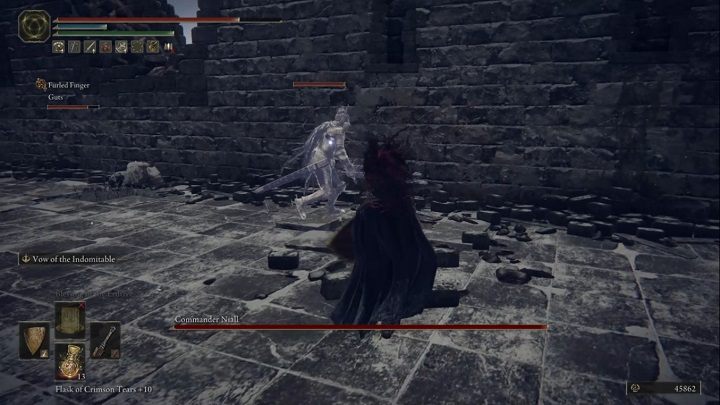 The knight with two swords poses a greater threat than the others Therefore, you have to deal with him as soon as possible. If you've thoroughly explored Sol Castle , you should have had an opportunity to encounter him - he appears before entering the arena, but in this instance he doesn't teleport. Watch out for his spin attack during which he lands a series of hits. 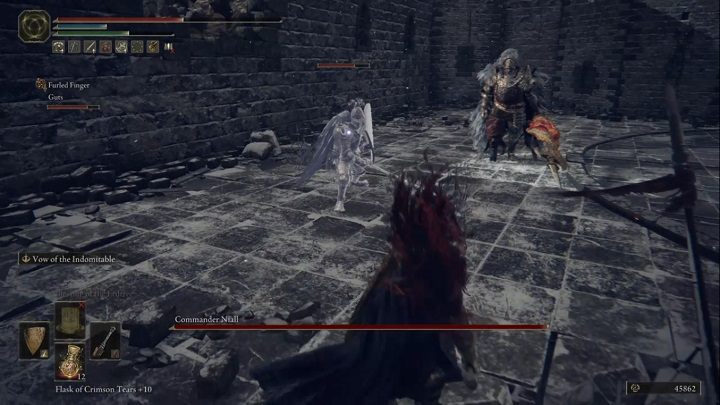 Once you deal with the first knight, consider activating a Spirit Ash. Someone with high durability will come in handy here. The second knight is equipped with a large shield and often attacks with a frost tornado as he charges forward. The shield will be useless to him if you are equipped with a good katana and make use of its special attacks. Otherwise, you will have to wait for the moment for his guard to drop down. You can also try to get behind him, but this is difficult, as the enemy adjusts his position as soon as you attempt the move. 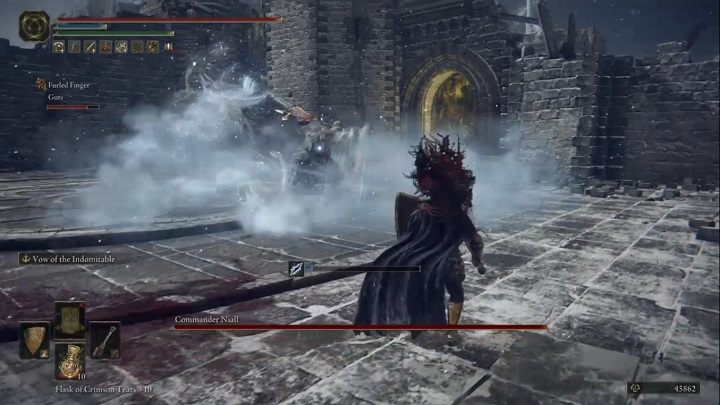 Commander Niall will become much more aggressive after you kill his helpers . Most of the time, he starts attacking immediately after you've defeated the minions. If you're not in the melee range, he can strike with a frost tornado (consisting of three strong gusts) and then hit the center of it with lightning. If you see him swinging his spear, get away as soon as possible. A well-timed dodge will save you from exposing yourself to frostbite status. 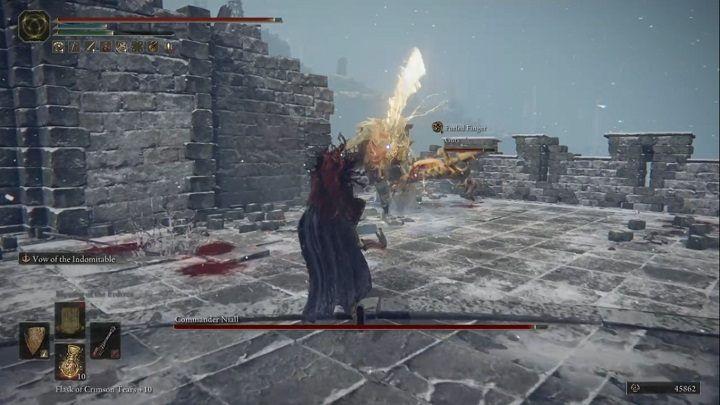 If you notice that your opponent is lifting his leg up, get ready to dodge. Commander Niall after such animation will hit the ground with his foot, causing lightning. He can also stamp his foot (and thus cause a "snow blast") and then jump high up and land heavily, causing lightning and frost damage . Dodge when he is about to hit the ground to avoid getting injured. The best way is not to stray too far from your opponent to be able to hit him as soon as an opportunity appears. 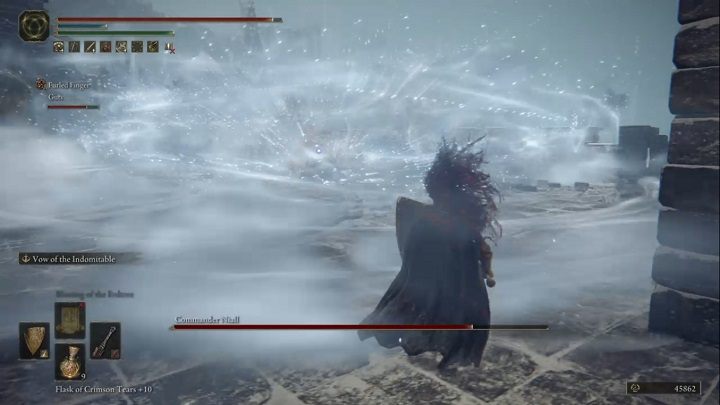 it is quite possible that during the encounter the boss will start to accumulate energy to perform a powerful frost attack. You will recognize that it is coming by the condensed snow floating over a large area around him. It will take a while for him to get ready to attack, but when he does, it will cover a large portion of the arena. As a result move as far away from him as possible when that happens (with raised shield, to be on the safe side) The combination consists of two gale blasts, and a forward charge concluded with a spear attack. Such an attack will tire the opponent, and he will kneel for a moment. You can use this short moment to deal at least a few hits. 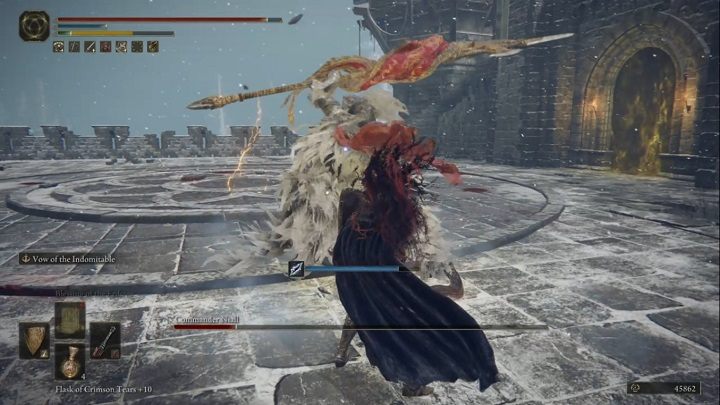 There is no second phase to this encounter. The boss has rather slow movements (apart from his charges and stomps) so after you get away, you can heal yourself. Avoid the leg attack (when the electric blade materializes) as it can kill you if you have less then a half of your health points.