This page of the Elden Ring guide contains advice on how to fight Hoarah Loux, Warrior, a key boss in Leyndell, Ashen Capital. The boss initially appears as Godfrey, First Elden Lord.

Hoarah Loux, Warrior appears in Leyndell, Ashen Capital. You will gain access to it after defeating Maliketh. After that, you will have to reach a Site of Grace called Queen's Bedchamber. From there, take the stairs up - the boss fight will take place here. 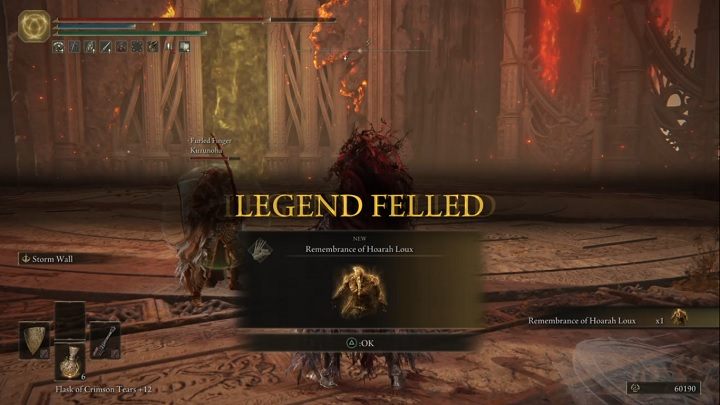 For defeating Hoarah Loux, Warrior, you will receive Runes (300,000) and Remembrance of Hoarah Loux.

After entering the arena, you will have a moment to use Ashes or any items. The opponent is quite far away, almost at the other end of the arena. 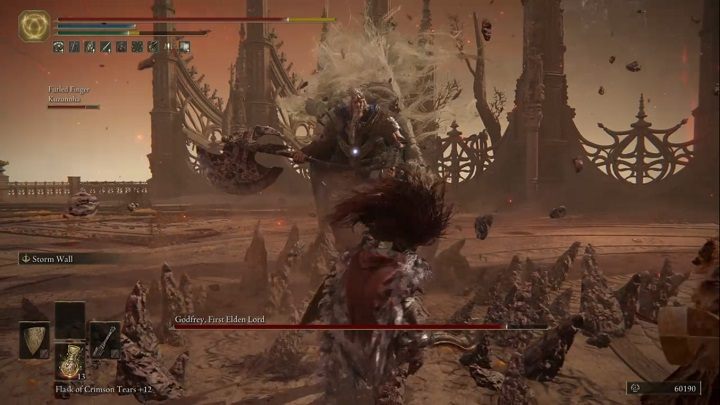 In the first phase, the opponent attacks mainly with his ax. However, he likes to mix his combos with stomps that throw out sharp stones. You can defend yourself with a shield, but it will be better to dodge to conserve stamina. A medium attack can make you lose balance, but the stronger ones will make your character will fly up. 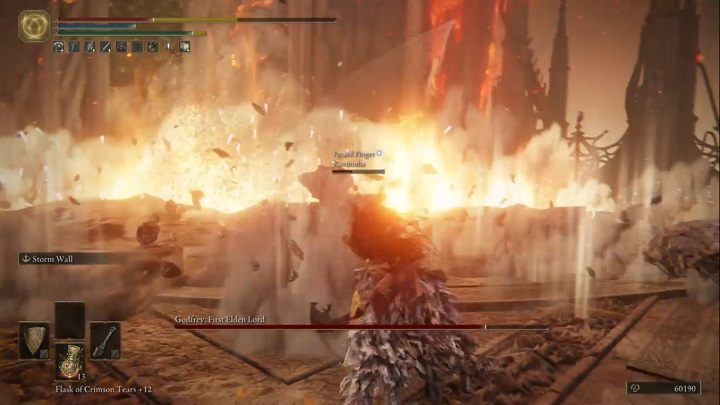 One of the most dangerous attacks used by the enemy in the first phase is the one where a huge crack appears on the ground. Your character will be knocked back by the stomp. So when you see Godfrey lifting his left leg up high, get ready to make your first dodge or jump. The next one should be done shortly after the first, although finding the right moment may be at first a bit problematic. Watch out for this attack, because it can deplete a lot of HP. 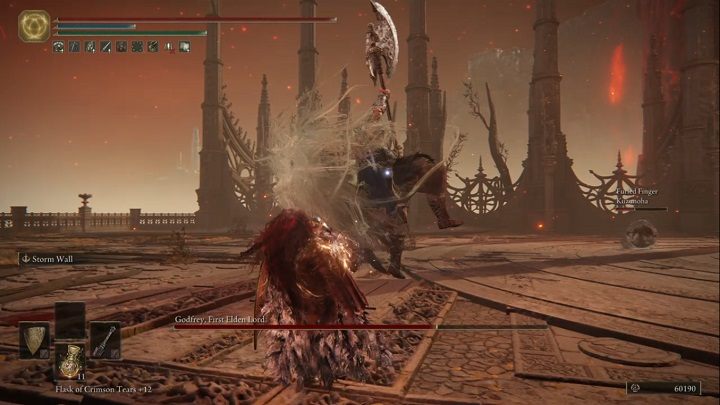 However, when you notice that Godfrey raises his right leg and the ax high up, it means that he is about to create a powerful shockwave. It is worth avoiding this attack by approaching the boss, because afterwards he won't be doing anything for a moment. From now on, however, each stomp he uses will result in a shockwave that will throw you off balance. 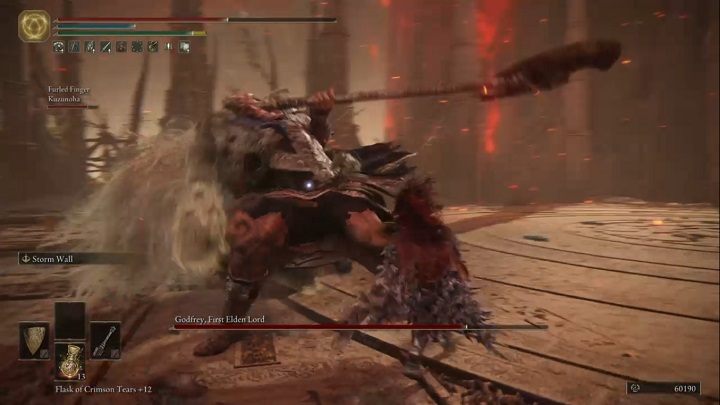 When it comes to ax attacks, they are most often horizontal and, as mentioned earlier, combined with stomps. The boss often ends the ax combos with hitting the ground, which causes an explosion that will knock you down - it can hit you even when you are behind his back, so it's important to dodge at the right moment. 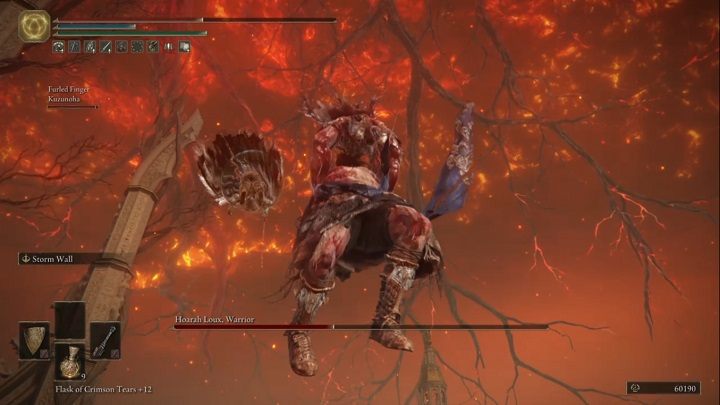 When the opponent has about 50% of HP left, the fight will go into the second phase. Although Hoarah Loux fights without the ax, he is even more dangerous. He becomes much faster and more aggressive. One of his most dangerous attacks is the one where he grabs you and throws high up. After that, he will throw you hard on the ground and crush. 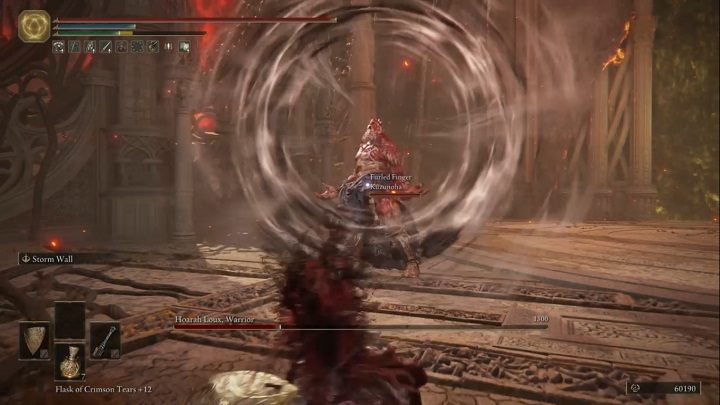 Hoarah Loux's shout means that he will start a series of attacks where each hit will cause a shockwave. This can be problematic if you are far away from the boss. However, you can solve this by approaching him with well-timed dodges and jumps. Another scenario is that after such a shout, the boss will create a crack in the ground. Avoiding it seems to be more difficult than in the first phase, because it takes up most of the arena. 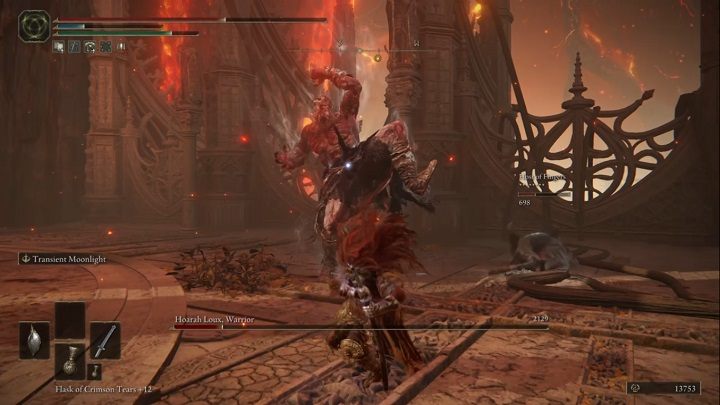 At the end of the fight, your opponent will become a bit more fierce, and make shockwaves more often. You have to be more aggressive, too. Don't underestimate your opponent though, as he can still finish you off with just a single series of attacks.