This page of the Elden Ring game guide contains tips on how to defeat Godfrey, First Elden Lord located in Leyndell, Royal Capital.

Godfrey, First Elden Lord, is found in Leyndell, Royal Capital. The fastest way to get to the boss is from the Site of Grace called West Capital Rampart. 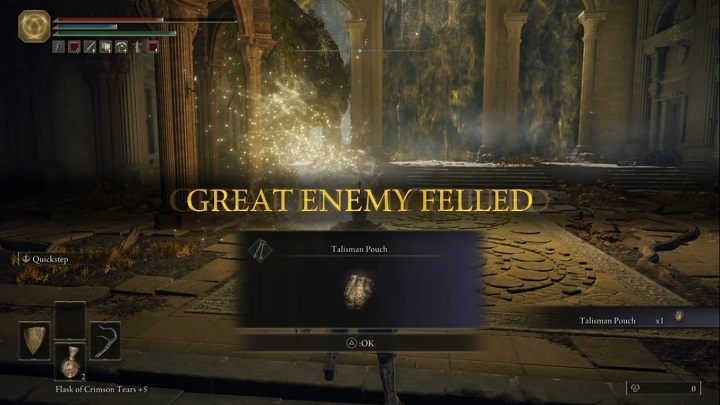 For defeating Godfrey, First Elden Lord, you will receive Runes (80,000) and a Talisman Pouch.

Godfrey is relatively far away from you when you enter the arena. However, it may happen that the opponent throws his ax towards you and then jumps - you can wait a moment to avoid getting hit. If he doesn't do it, you can use Ashes to summon someone with a lot of HP. 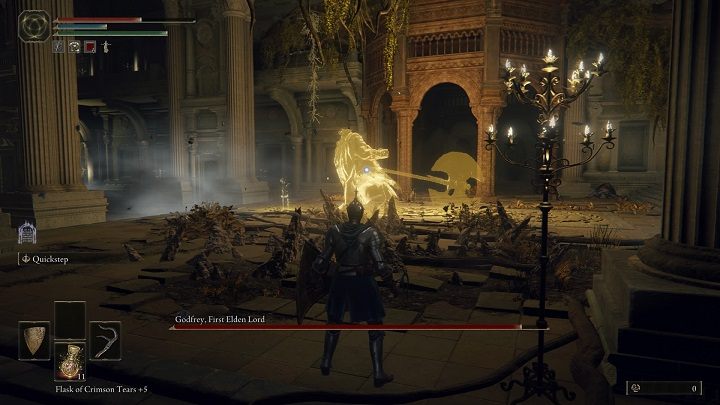 Godfrey often uses strong stomps that cause the stones in front of him to "explode". Try to stick to his side (preferably left hand) or his back as often as possible. It will not be an easy task, because despite his large size, Godfrey is agile and fast. 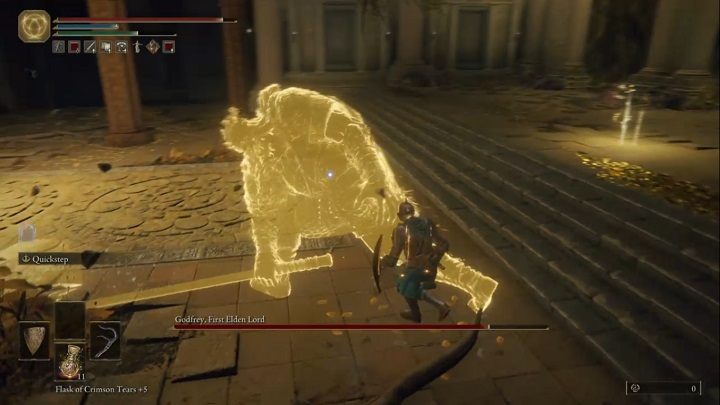 Most of the time, the opponent will make long combos where he mixes fast and slow attacks. If you use a fast weapon, you will have the opportunity to attack the enemy even between his successive attacks. However, if you use something heavier, it will be more difficult to do - a large weapon doesn't stun him, and you will only have time to attack once. 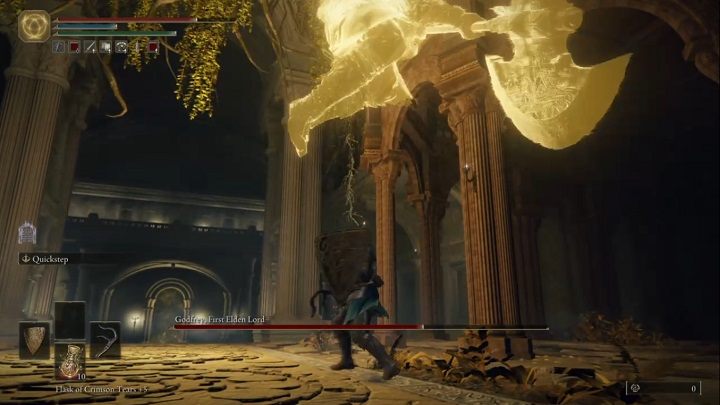 Godfrey also likes to jump even when you're close. After such a jump, he will do an area-of-effect attack, so be ready to dodge on impact. You can also use the shield to block, but it won't be as effective. 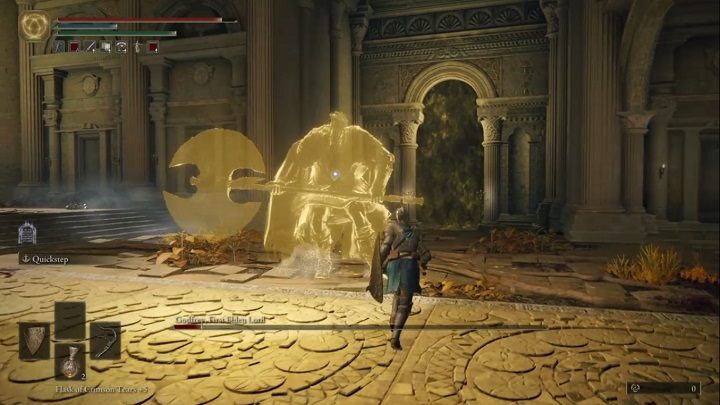 The fight with Godfrey has no phases. Be aggressive, but also vigilant. It may take some time to defeat him because he has a lot of health, but there is also a lot of room for all sorts of mistakes here, especially if you've came prepared with healing items.