This page of the Elden Ring guide contains advice on how to fight the Grafted Scion, an optional boss located in the Chapel of Anticipation, which is part of the Stormveil Castle in Stormhill. The boss originally appears in the game's tutorial.

Grafted Scion is the first boss you'll encounter in the game. However, it is not recommended to fight him during the tutorial. Your character is underdeveloped, and you don't have any healing items. However, you can return to the Chapel of Anticipation later in the game.

To do this, you need to go to The Four Belfries Site of Grace, where on the top of the hill you will find a chest containing the Imbued Sword Key. Use it to unlock and use the teleport in the second bell tower. You will be transferred to the location from the tutorial. More details can be found here, where you can find the description of the White Mask Varre's side quest. 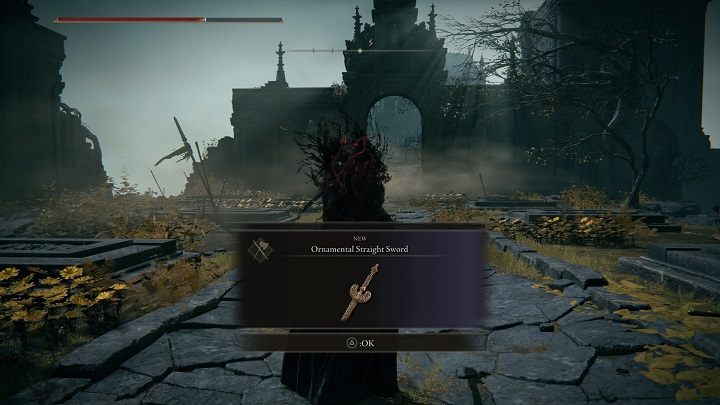 For defeating Grafted Scion, you will receive Runes (3,200), the Ornamental Straight Sword and the Golden Beast Crest Shield.

After entering the arena, it is best to keep your distance, because approaching Grafted Scion is not always the best choice. It is worth waiting for a while and see what move he will make. 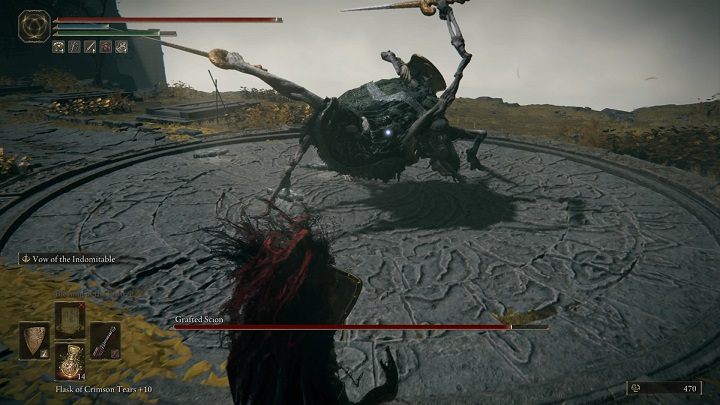 Many of the Grafted Scion's attacks consist of multiple slashes - he has many limbs in which he holds swords. Keep your distance to avoid most attacks. This will also help you save stamina. After performing a combination, the boss waits a moment before he attacks again - this is the best time to counterattack. 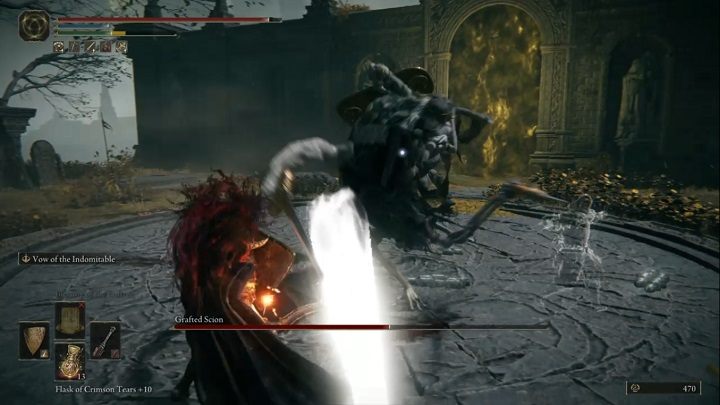 One of the most dangerous attacks is telegraphed by the opponent keeping one of the limbs in the air for a long period of time. This will be followed by a series of quick and heavy-hittind attacks. They go in a straight line, so you can either perform a few dodges to the side or move away quickly. 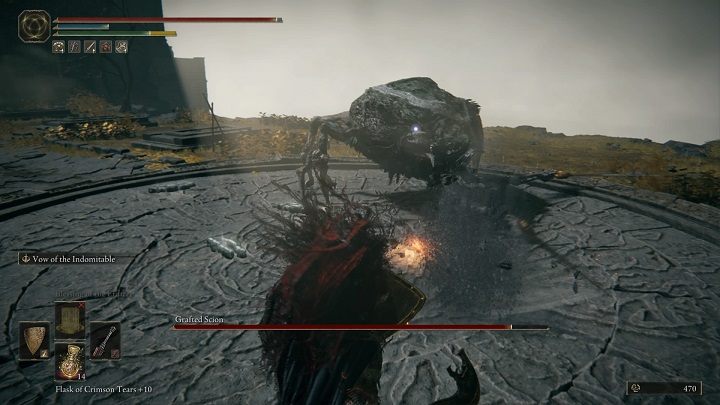 Grafted Scion also likes to jump and land while hitting the ground. He also can make a kind of tornado of attacks, which will easily break your guard if you get hit by it with the shield raised. 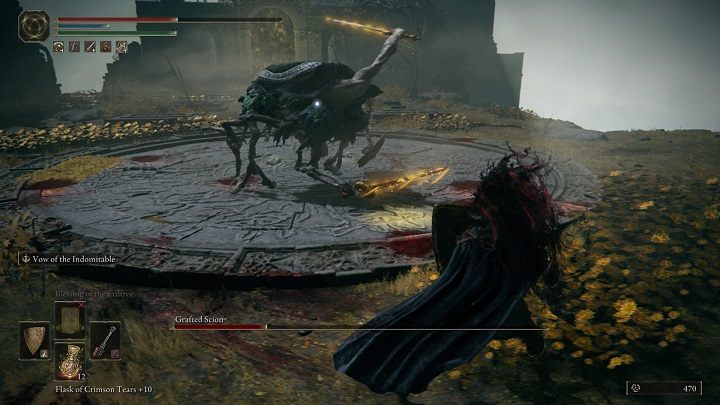 In the middle of the fight, the opponent will get a little stronger and start using the holy magic that he will use on his swords. Now his tornado will be even more damaging. At this stage, it will be even more important to keep your distance and then go into the offensive. It is also a good idea to mix blocking attacks with dodging to avoid losing all stamina.