This page of the Elden Ring guide contains the locations of all Sacred Tears in the game world. This is an item that allows you to increase the healing effects of the Sacred Flask. 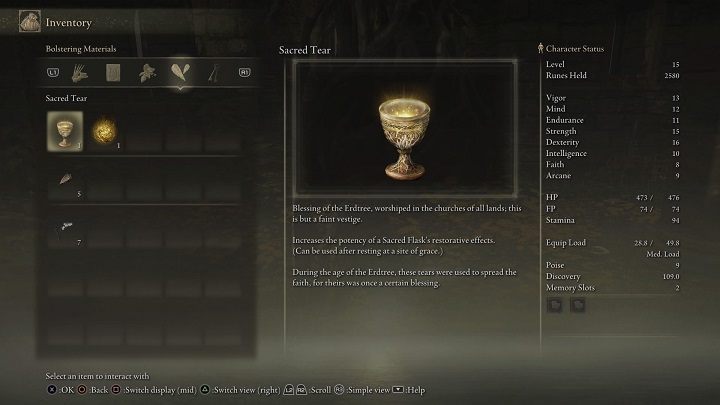 Sacred Tears are most often found in churches scattered around the world of Elden Ring. However, this is not a rule, because sometimes a church may not contain this item. 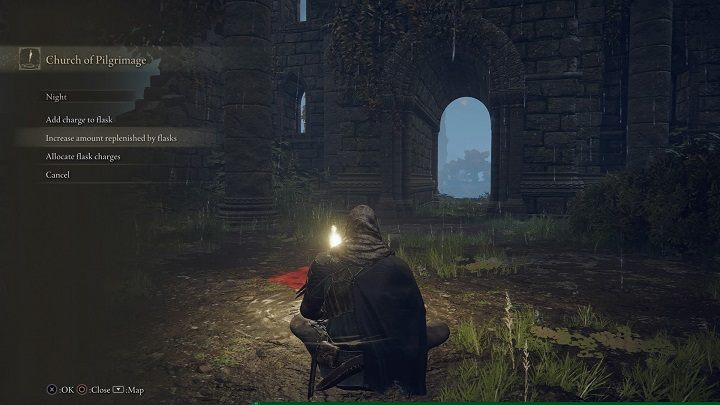 To increase the healing effects of the Sacred Flask, you must first find a Sacred Tear, then while resting at a Site of Grace, select the Flasks menu and then Increase amount replenished by flasks. This will increase the amount of HP and FP restored by your flasks. One Sacred Tear is one upgrade. Such upgrades can be made up to 12 times. 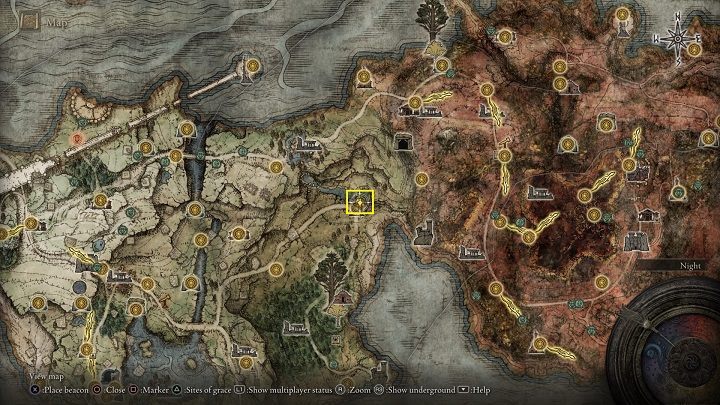 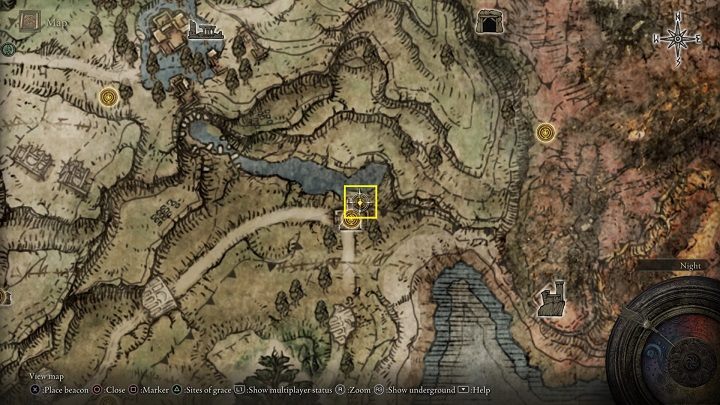 Third Church of Marika is located in the eastern part of the Limgrave region, near the border with Caelid. You can get there starting from a Site of Grace called Agheel Lake North. From there, take the main road east, cross the bridge and reach a fork behind it. Take your way north and stick to the road. At some point, its direction will change to the northeast, and will remain so most of the time. There is a big troll in front of the church. 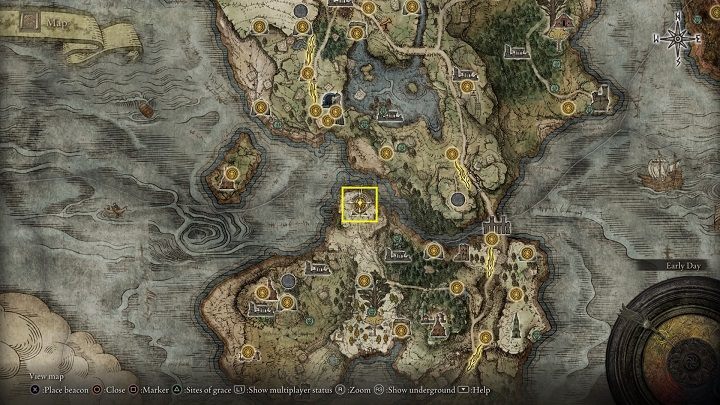 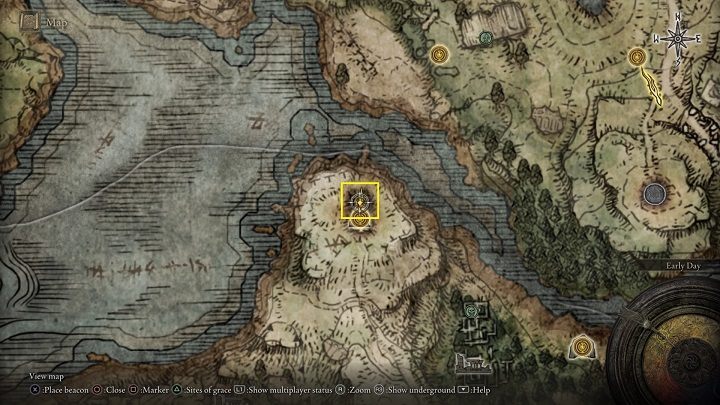 Church of Pilgrimage is located on the Weeping Peninsula. To get there, you have to cross the Bridge of Sacrifice in the southern part of Limgrave, then head south by following the main road until you reach the fork behind the battlefield with broken carriages. There, take the path to the north and go in that direction. Turn west at the first opportunity. Cross the bridge and head north towards the hill with a church. 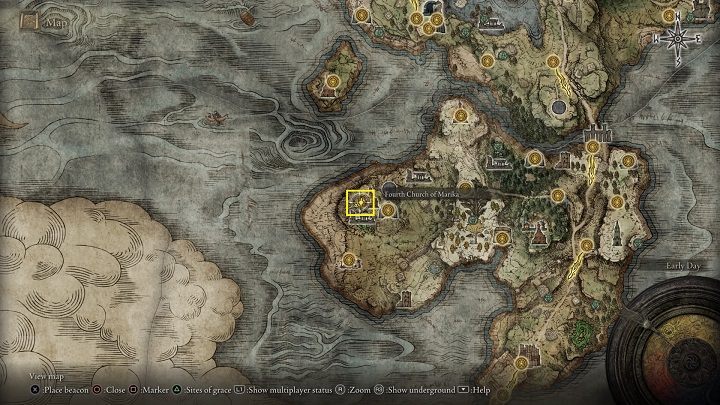 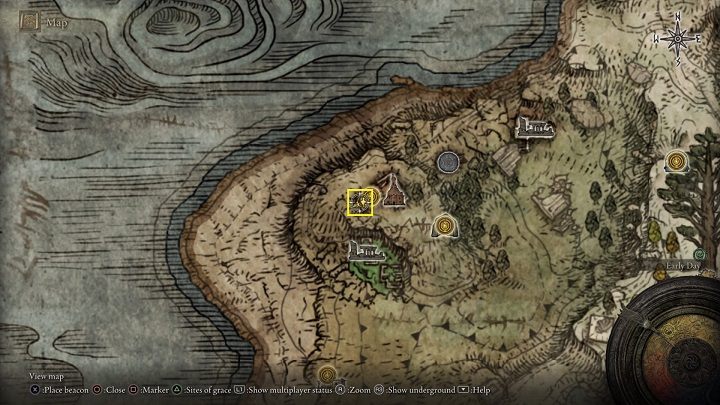 Fourth Church of Marika is located on the eastern side of the Weeping Peninsula. You can find it by going southwest of the Church of Pilgrimage. There is no visible path leading there, so the best solution is to go cross-country. You will pass the Weeping Evergaol and the Tombsward Ruins. There are also Witchbane Ruins in the area. The Sacred Tear is inside the church, near the Site of Grace next to the statue. 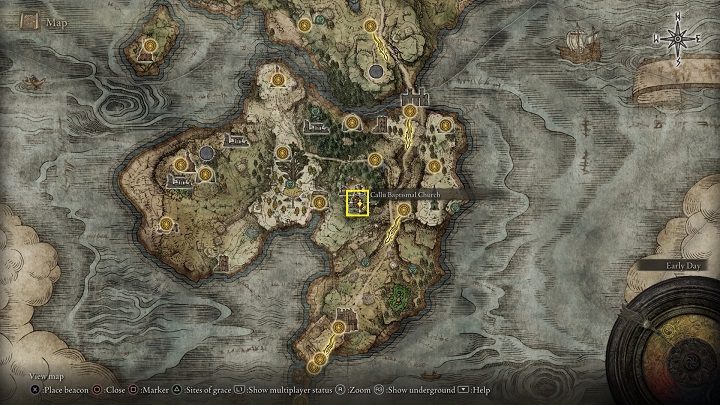 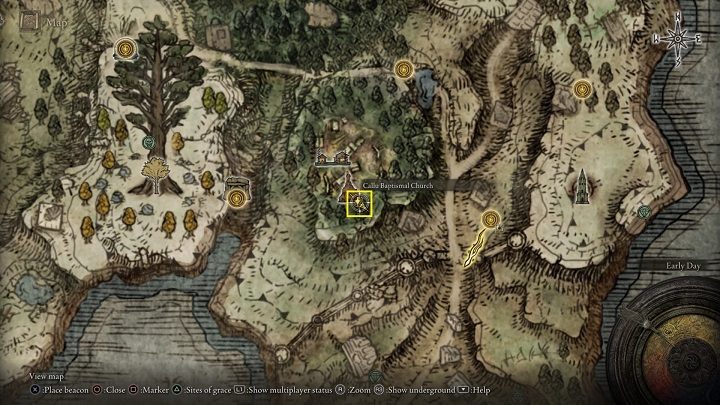 Callu Baptismal Church is located roughly in the center of the Weeping Peninsula, near Ailing Village. South of the Bridge of Sacrifice is a Site of Grace called Castle Morne Rampart. To the west of it there is a mountain that you can climb. You will reach the aforementioned village with the church. The villagers are not friendly. Inside the church, there is a group of mad rats. 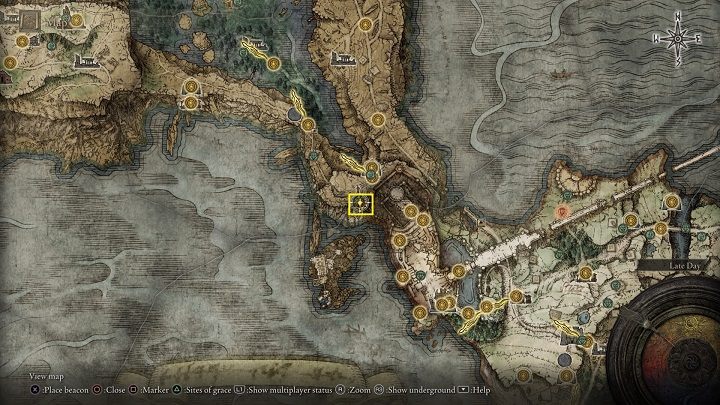 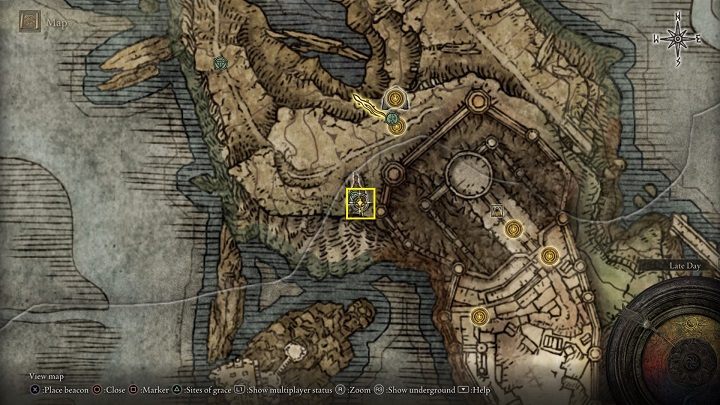 Church of Irith is located in the Liurnia of the Lakes region. After winning the fight with Godrick and getting outside, you will reach a Site of Grace called Lake-Facing Cliffs. The church is south-west of it. 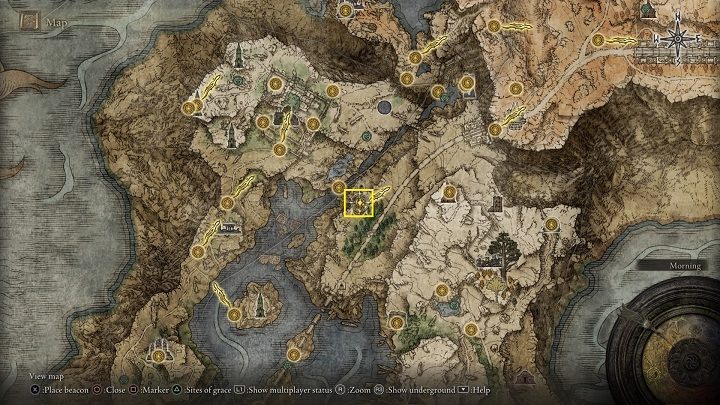 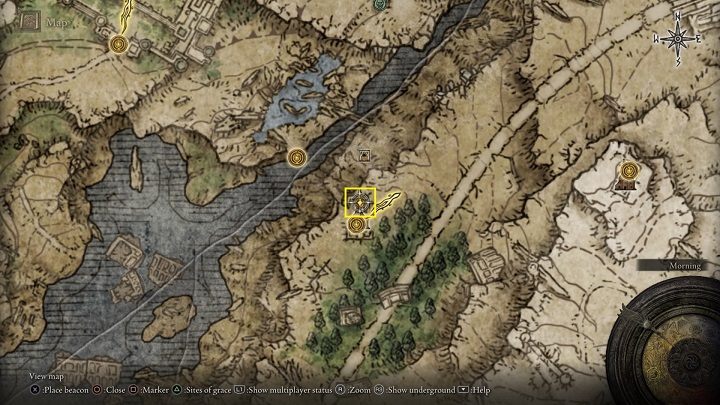 Bellum Church is located in the Liurnia of the Lakes region, more precisely on the Bellum Highway leading to the Grand Lift of Dectus. Starting at the Site of Grace by the Grand Lift of Dectus, head southwest by following the main road. When you reach the cluster of swords, go west. After a while, you will find the church you are looking for. 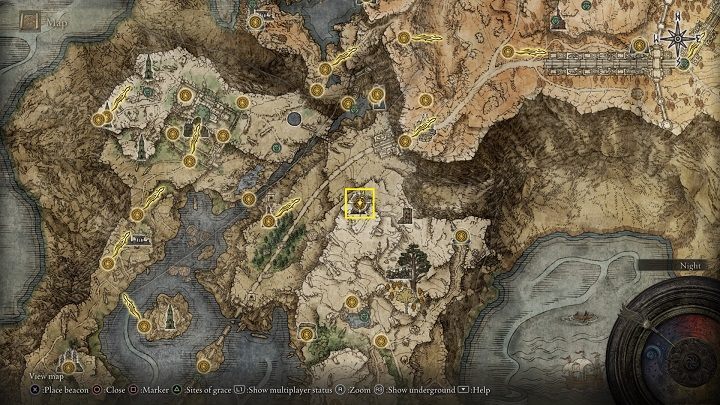 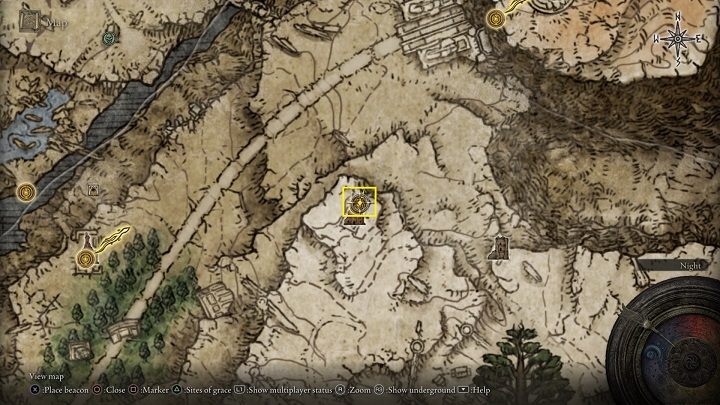 To get to the Church of Inhibition, it is best to start at the Site of Grace called Grand Lift of Dectus. From there, go up the hill towards the southeast. When you pass the hostile Frenzy-Flaming Tower, the road will turn south. By gradually turning southwest, you will reach the Frenzied Flame Village. From there, go northwest until you reach the Church of Inhibition. Watch out for the Madness status inflicted by opponents and the aforementioned Frenzy-Flaming Tower. An enemy will attack you in front of the church.

Church of the Plague 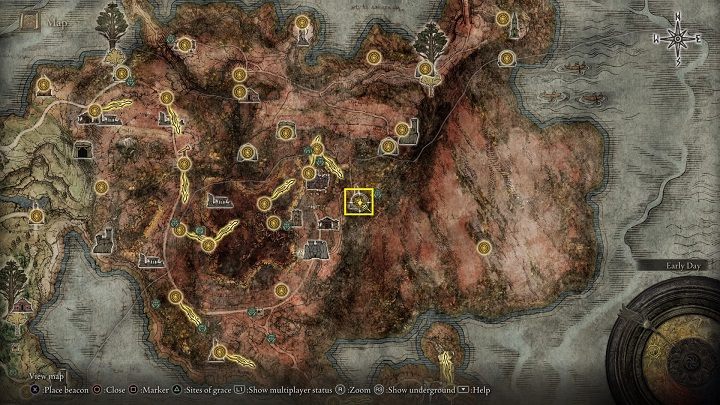 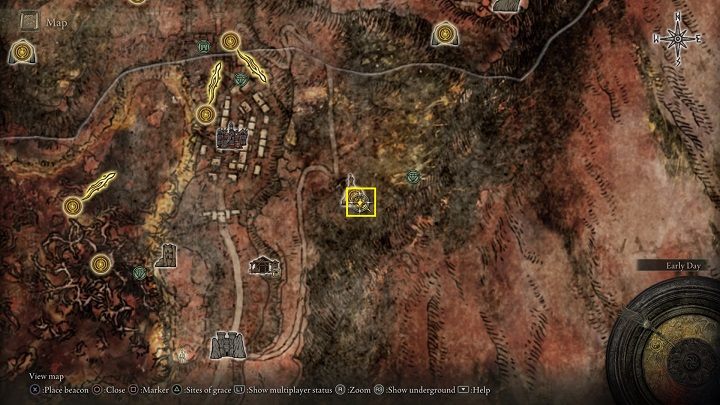 Church of the Plague is located in the eastern part of the Caelid region, more precisely in Greyoll's Dragonbarrow. To get to the church, it's best to start from the Site of Grace place called Sellia Backstreet. It will be available after breaking the seal in a place called Sellia, Town of Sorcery. To break the seal, you need to light the fireplaces in the city towers. After crossing the great gate in the north of the city, you will find yourself at the aforementioned Site of Grace. From there, follow the mountain trail to the top until you finally come to the Church of the Plague. On the way, there will be orbs that can crush you. Several groups of enemies will also stand in your way. 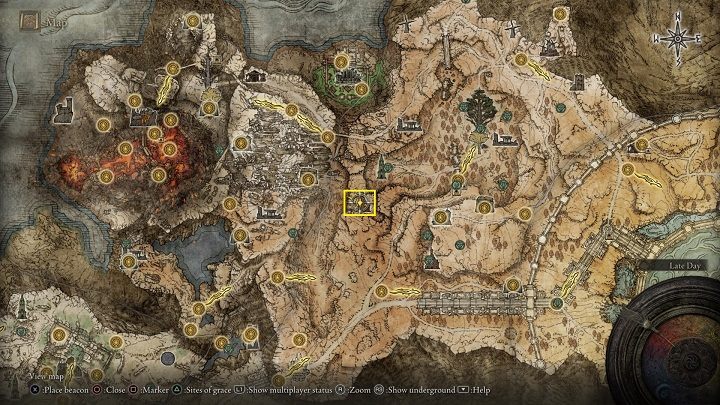 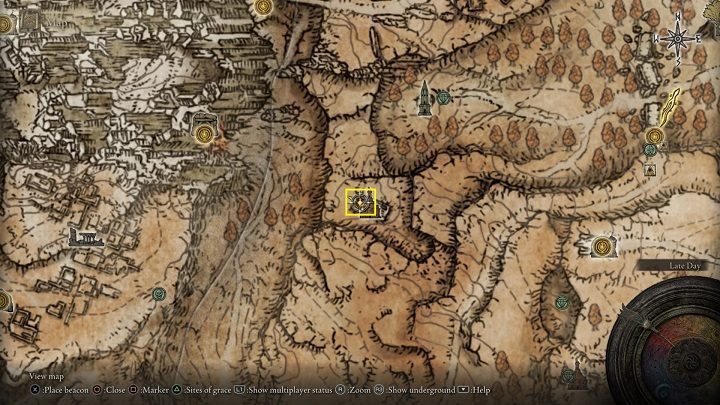 Second Church of Marika is located on the west side of the Altus Plateau. The best way to get there is to start from the Site of Grace called Altus Highway Junction. From there, head north. You will reach a group of swords from which you will notice the church. You will have to jump down the rocks to the lower level. Inside the church, you will be attacked by Sanguine Noble. 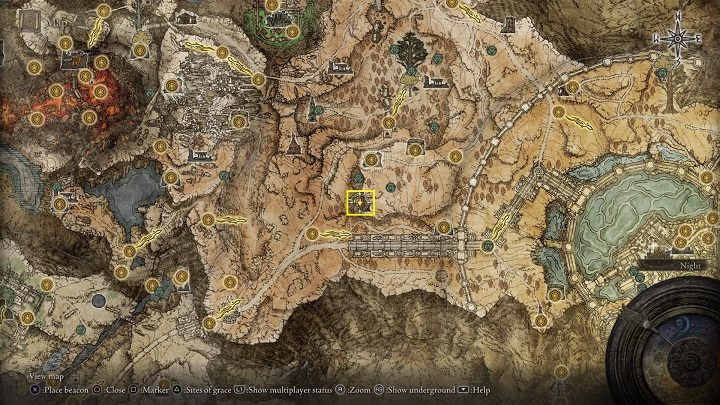 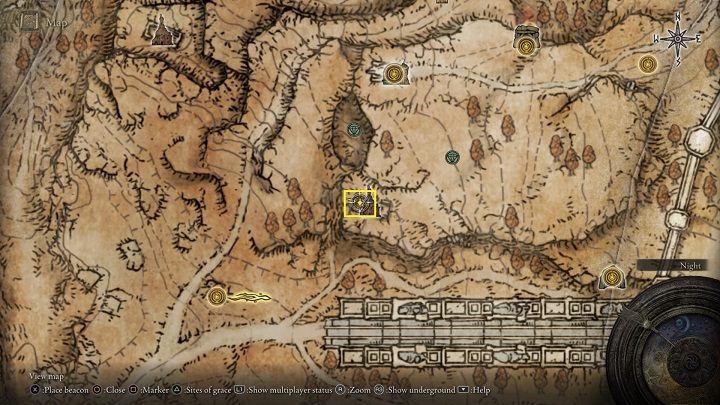 Stormcaller Church is located on the eastern side of the Altus Plateau, near Leyndell. To get to it, start at the Outer Wall Battleground north of the capital, near the Hermit Merchant's Shack. From there, take the main road and head northwest until you reach a crossroad. Head south and follow the road until you reach a Site of Grace called the Rampartside Path. Head west to the peak where lightning strikes. When you reach the peak, the Sainted Hero's Grave will be in front of you. You now have to go southwest. Watch out for the group of soldiers inside the church. 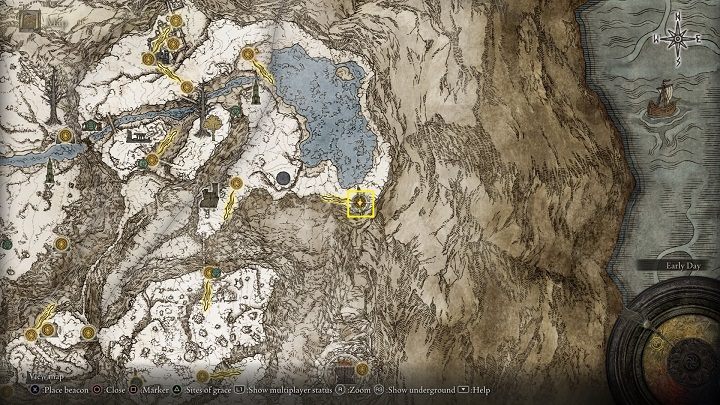 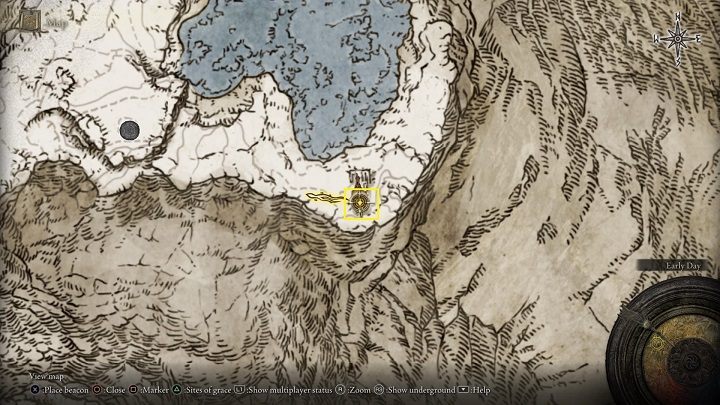 First Church of Marika is located in the northeast of the Mountaintops of the Giants. It's best to start your trip to the church from the Site of Grace called the Freezing Lake. From there, head southeast across the lake. On your way, you will be attacked by Borealis. However, you can run away from this fight. 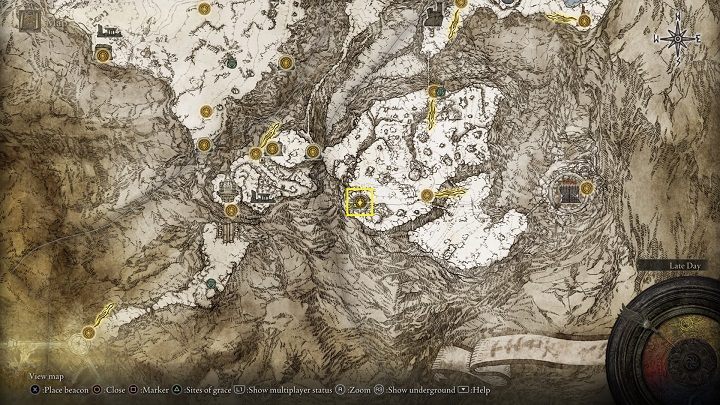 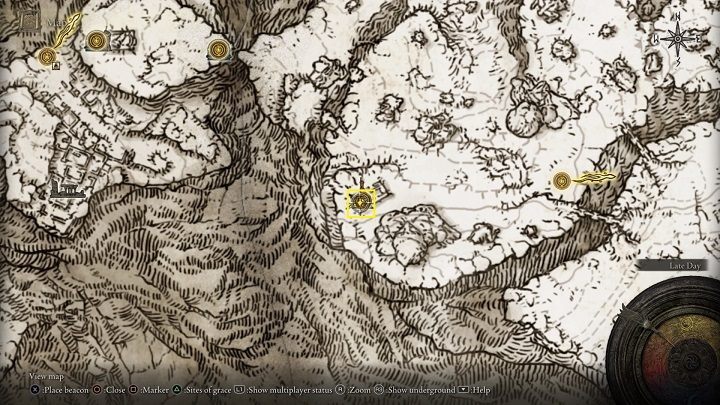 Church of Repose is located in the southeastern part of the Mountaintops of the Giants, or more strictly at the Flame Peak. The church can be found to the west of the Site of Grace called Foot of the Forge. A hostile NPC named Okina may attack you near the church.