This page of the Elden Ring game guide contains tips on how the boss in Liurnia of the Lakes, namely the Magma Wyrm Makar. and about his versions located in other regions.

Magma Wyrm Makar in Liurnia of the Lakes: 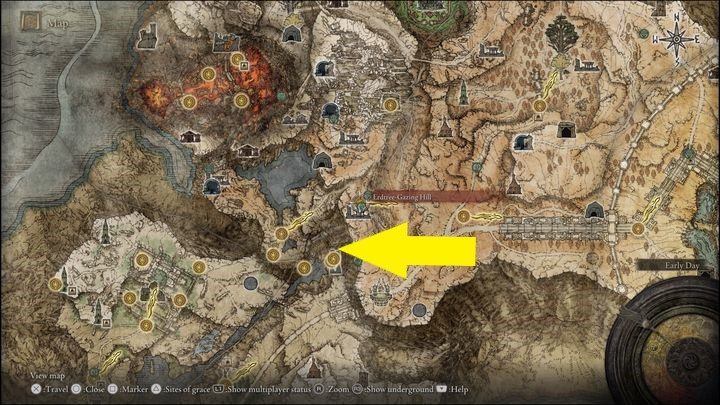 You will encounter the boss for the first time in Liurnia of the Lakes, or more precisely at the Ruin-Strewn Precipice site of grace. 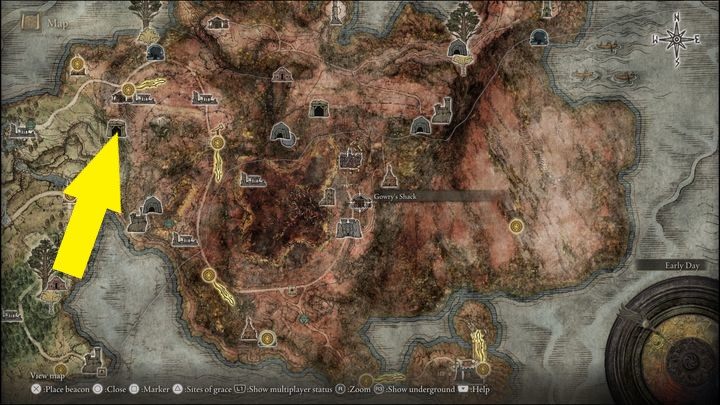 The second version of the boss is in Caelid, more specifically in the Gael Tunnel. 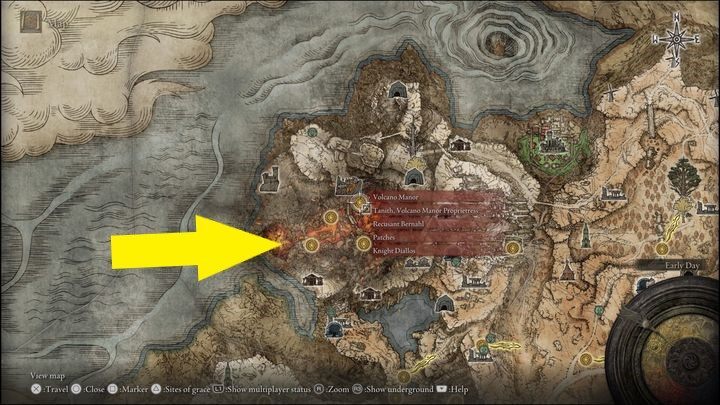 The third version of the boss is on Mt. Gelmir in the lava lake.

Magma Wyrm in the Volcano Manor: 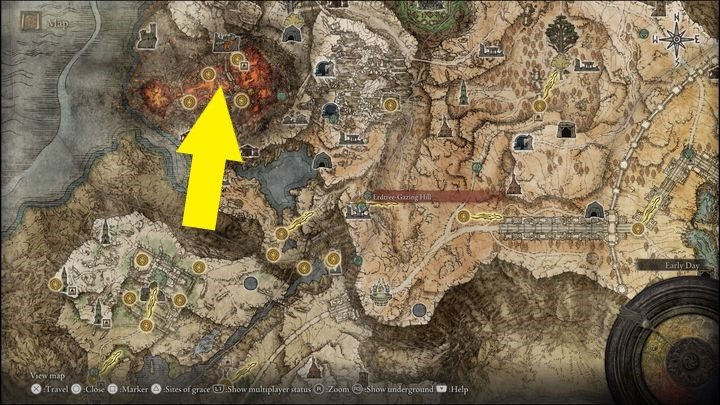 The fourth version of the boss is in the Volcano Manor. You have to take the cage down instead of up to reach the lava lake it's in. 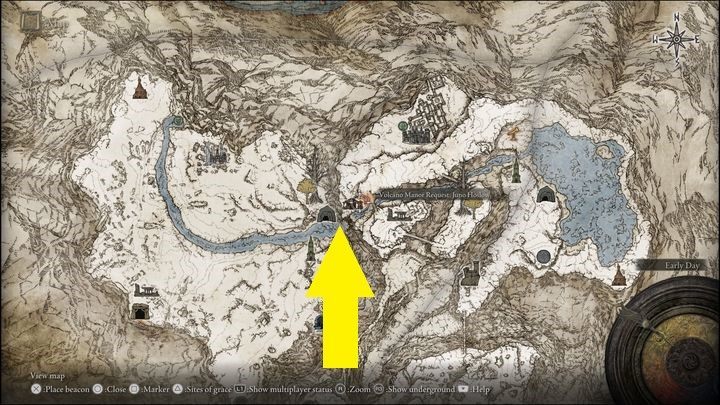 The Great Wyrm Theodorix is located in the Consecrated Snowfield, near the Cave of the Forlon. 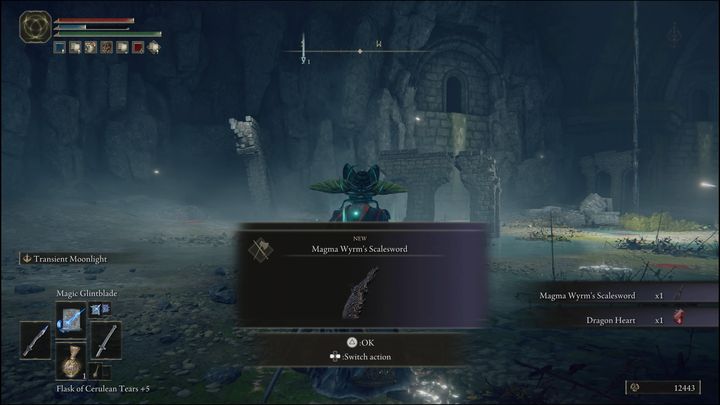 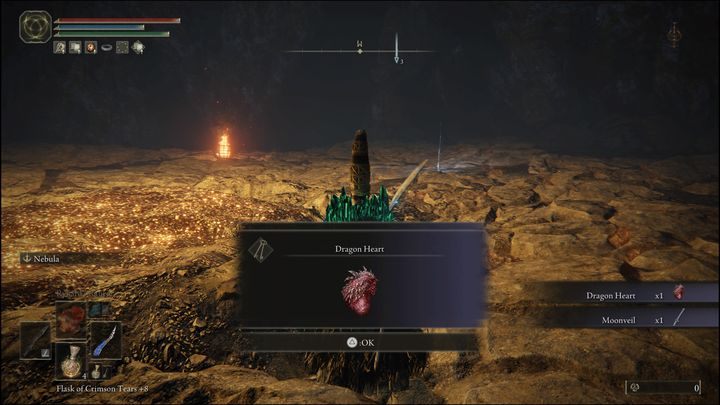 For defeating the boss version located in Caelid, you will receive a Dragon Heart, the Moonveil katana and 7,500 Runes.

After you defeat the version of the boss on Mt. Gelmir you will only receive a Dragon Heart and 19,000 Runes. 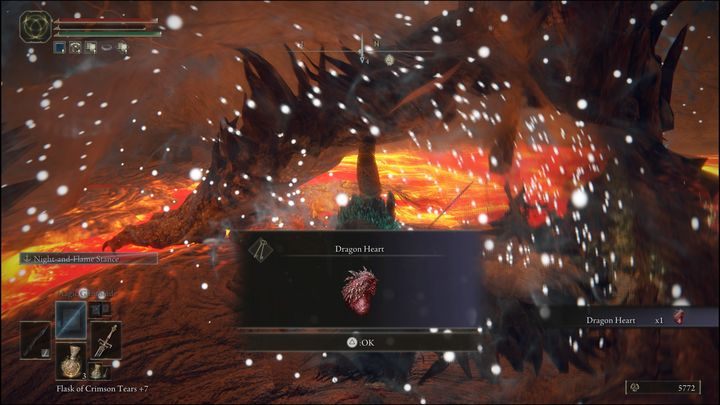 The boss version in the Volcano Manor will reward you with a Dragon Heart and 5044 Runes. 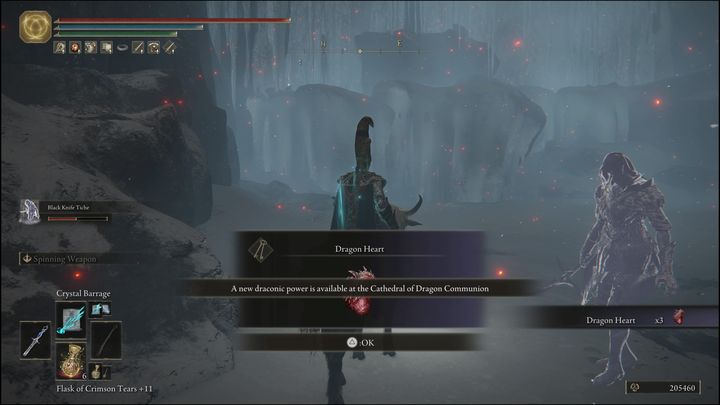 The final version of the boss located in the Consecrated Snowfield will reward you with a Dragon Heart x3 and 180,000 Runes.

The first time you enter its arena, the boss will appear only after a while, coming out from behind the wall. It's time to summon Spirit Ashes. Choose one that can provoke the boss from a distance or withstands the boss's high damage. 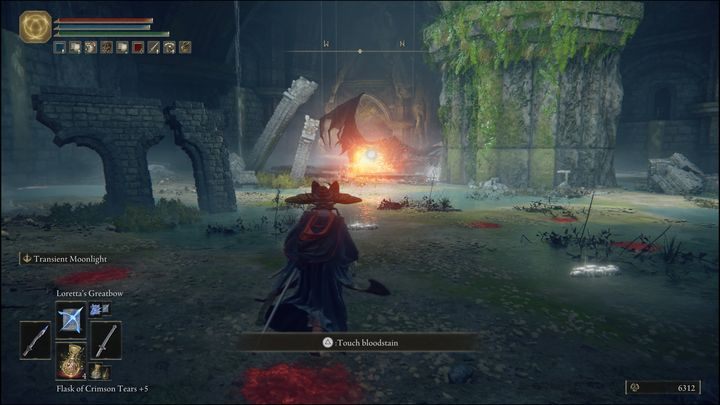 When he starts charging at you, it's a good moment to use long-range, slow spells such as Magic Glintblade, Loretta's Greatbow, or Comet Azure if you have these spells. 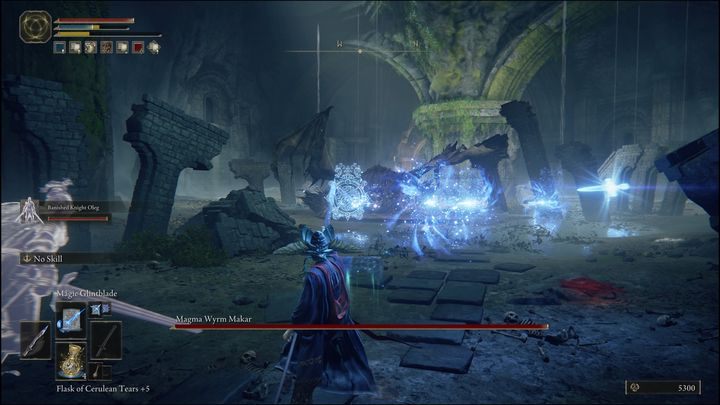 Remember to aim mainly for the head. This is his weak spot. After a few magic attacks in a row, you will stun the boss to be able to approach him and deal a critical hit or use a more powerful spell. 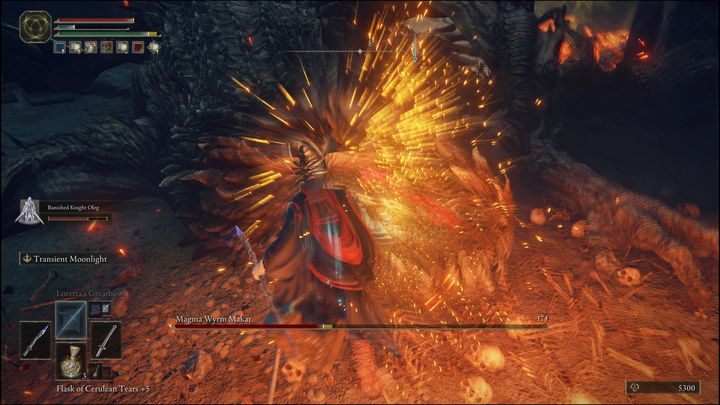 Remember to be constantly in motion. Although the boss is not one of the fastest opponents, he makes up for it with his long-ranged attacks. The best tactic is to cast two spells and run away from the boss. 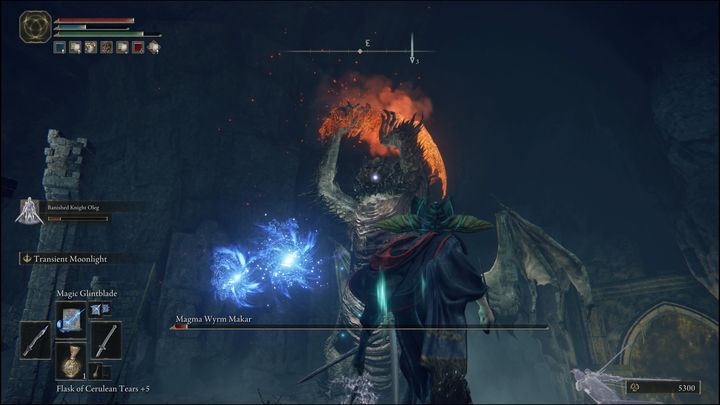 When the boss's health drops below 50%, he will start fighting on two legs. His attacks will have even greater range, mainly because he will fight with a Scalesword. Watch out for the attack in which the boss raises a weapon above his head.

Soon, he will attack towards you. Move away to a safe distance or dodge when the sword hits the ground. After this attack, the boss will be vulnerable for a while, and it's a good time to cast more spells.

After crossing the fog, you have a moment to summon the ashes. The Marionette Soldier Ashes will prove useful, because their attacks can apply the bleeding status faster, which ultimately will deal quite a lot of damage to Makar. Besides, they can survive for quite a long time and are great at distracting the enemy. They don't have too much HP, so you have to make sure the Wyrm doesn't attack them all the time. 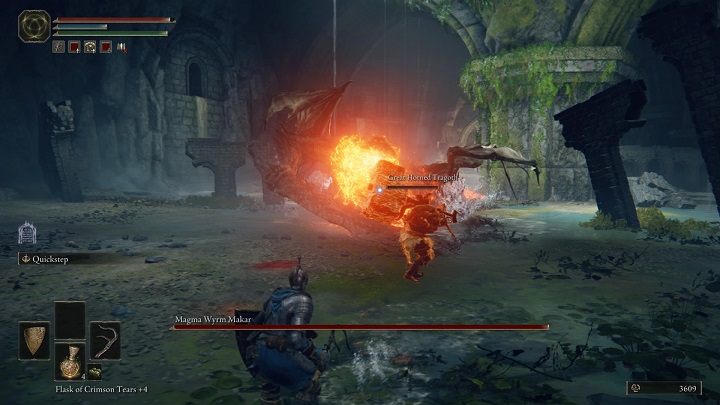 You should go behind the enemy's back and stay there as often as possible. This way you will avoid many of his fire attacks, which also remain on the ground for a long time, dealing very high damage. However, watch out for the boss's spin, during which he will attack you with his tail. 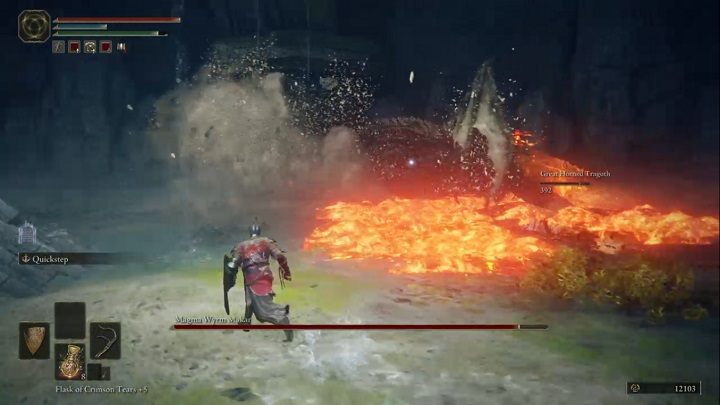 in one of his attacks the enemy charges forward and breathes fire. If you notice him lifting his head up and lava pouring from his mouth, quickly get out of his way. Otherwise, you will not only be hit, but also seriously burned, because the lava will remain on the ground for a long time. 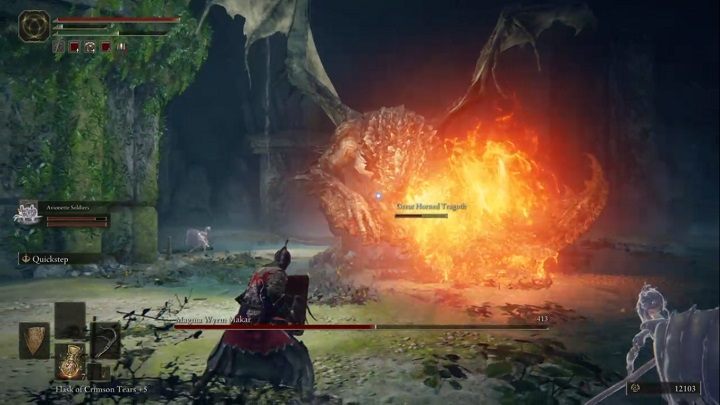 Halfway through the fight you will notice that the boss is standing on his hind legs and lava is pouring out of his mouth. This means that he will attack with his sword soon. He will first make a large lava puddle in front of him, and then lift the weapon with both hands and hit the ground with great force. It's best if you are behind his back at this point - you will avoid this devastating hit and gain the opportunity to deal damage. 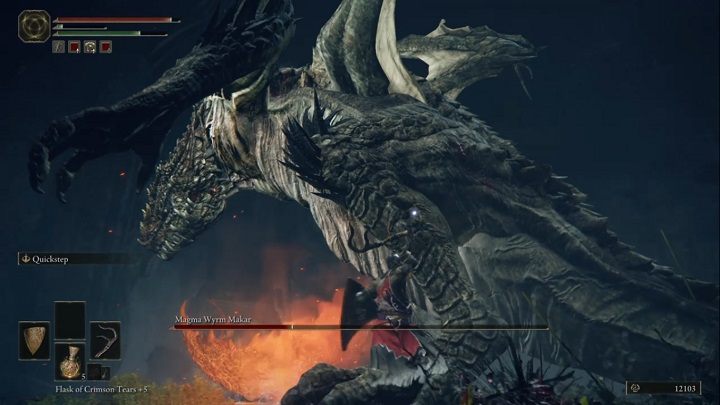 From now on, Magma Wyrm Makar will attack with his sword and move on his hind legs. Stick to his left side until the end of the fight, which will make it much easier to avoid the next hits. Be ready to dodge when the sword is about to hit the ground, as sometimes its range can reach you even when you're behind the boss's tail. In this phase, the opponent hits forcefully with his sword and spits lava interchangeably. 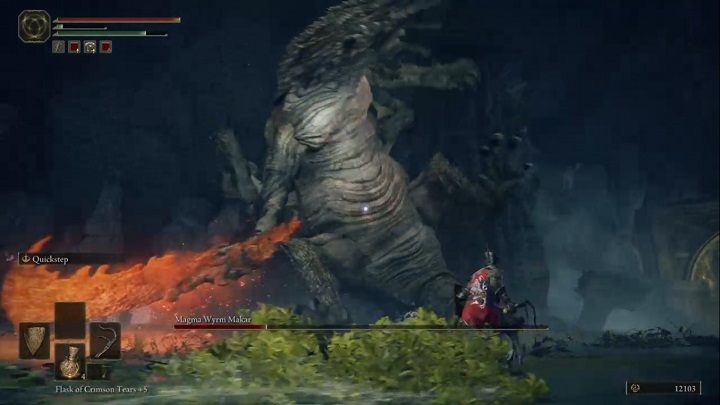 In addition, Makar sometimes makes a powerful swing, then turns and ends the attack with a powerful hit against the ground. Circle around him when that happens, sticking to his left side, and you will avoid the attack; you can also hurt him. After a few moments, you should be able to kill your opponent.