This page of the guide to Elden Ring contains tips on how to fight the boss located in Liurnia of the Lakes, namely in the Black Knife Catacombs. This boss is called Cemetery Shade. You will learn how to fight the boss and which attacks you need to watch out for. This is an optional boss - you don't need to defeat him to complete the game.

To reach the boss, you need to go to the Black Knife Catacombs located in the northeastern part of Liurnia of the Lakes. A good way to find the catacombs might be to start your journey from a site of grace called the Ruined Labyrinth and head northeast. The door to the Black Knife Catacombs is guarded by a strong opponent, but you don't have to defeat him to go through the door. Inside, you have to find a lever that will open the passage to the boss fight arena. Keep in mind that you may encounter a second boss in these catacombs, but he doesn't stand on the path to Cemetery Shade. 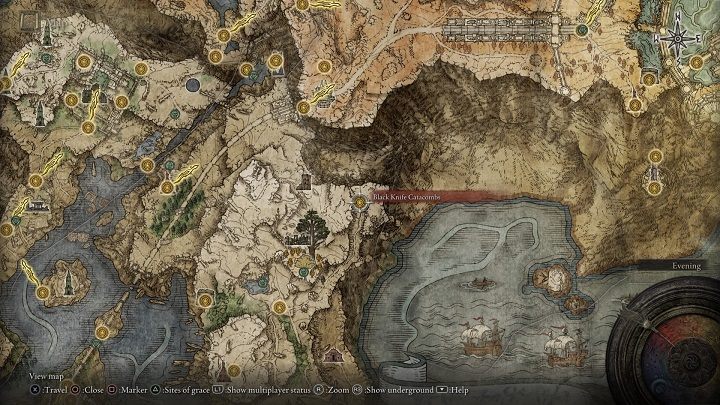 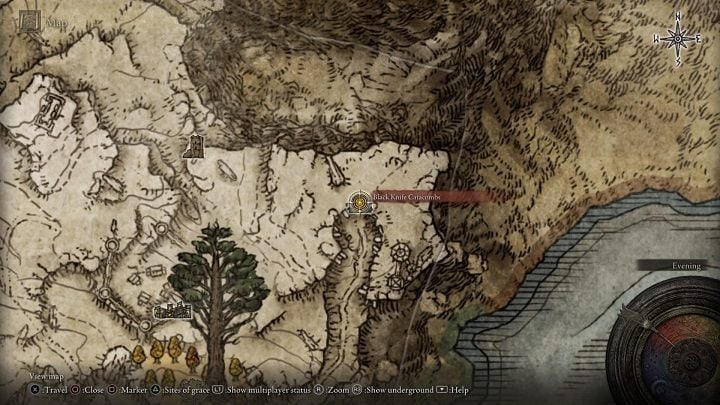 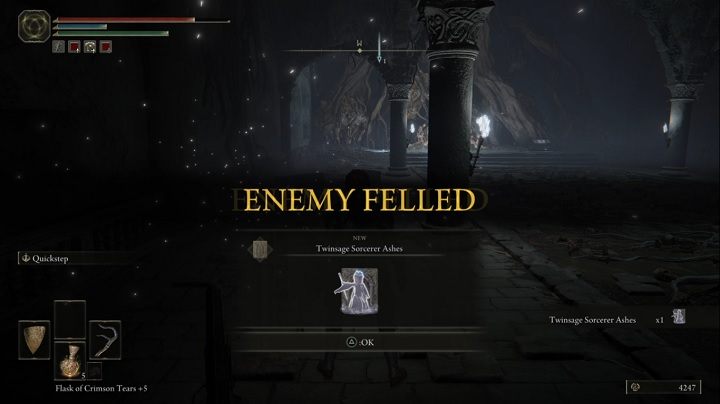 Defeating the Cemetery Shade will give you Twinsage Sorcerer Ashes.

Start the boss fight against Cemetery Shade by defeating the skeletons. Two of them attack with a sword, the third, a bit more distant, shoots with long-range weapons. This makes the fight very chaotic, especially since the boss often teleports. Skeletons are also quite fast, they will literally tailgate you. Remember to eliminate fallen skeletons with a finishing blow when they try to get up again. 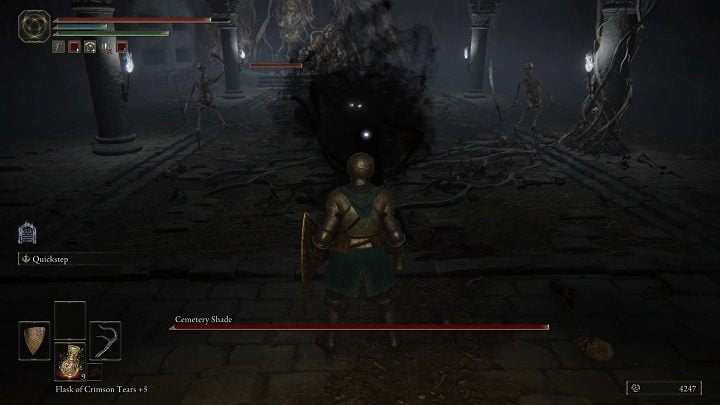 Naturally, you still need to watch out for the boss when eliminating the skeletons. One of the main opponent's attacks - when green matter is swirling over his head - will trap you. You will then be exposed to skeleton attacks for a while, and the Cemetery Shade will hit you with a whole combo. You can easily dodge this attack when the Cemetery Shade fires a green projectile. 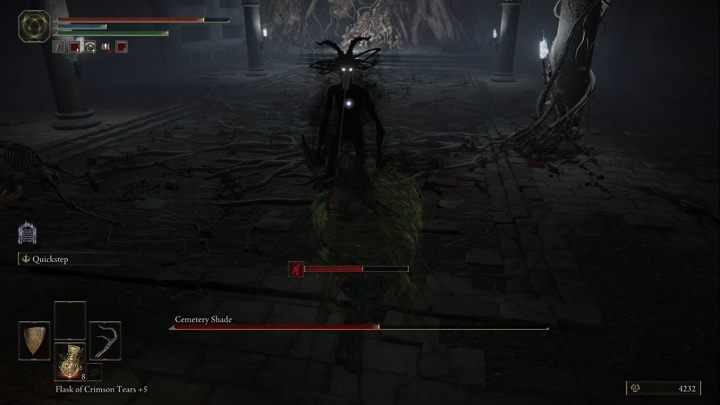 Fighting the boss alone is much easier. He doesn't have a very extensive range of moves. Most often, he performs a combo in which he makes a forward thrust with his blades between teleportations - sometimes he then proceeds to a 6-hit combo, which ends with hitting the ground. Keep your distance in such case. 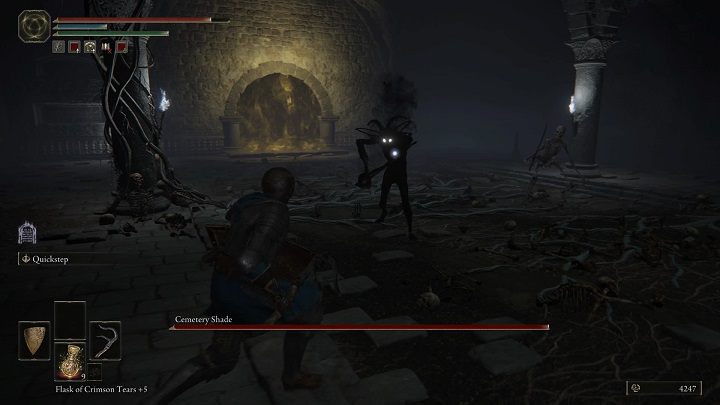 If you keep the boss at a medium distance, Cemetery Shade will seem to be waiting for your move. However, if you move away, he will shorten the distance with a few teleports and start attacking. Therefore, it is best to move away from him a bit after performing a few hits, to also have time to heal, if necessary.