This page of the Elden Ring game guide contains tips on equip burden in soulsborne games. You'll learn about Equip Load and how it affects your character if you have too much heavy equipment.

Equip Load is a mechanic that restrains players equipping too many heavy items for their character. There are 4 stages of equip burden: 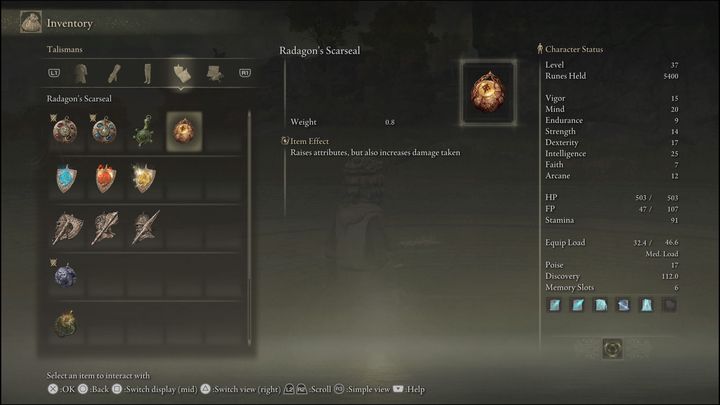 It's best to have a load capacity below 69.9% to perform at least standard dodge rolls with iFrames. However, if you do not use this move too often, prefer heavy armor and protect yourself with a large shield, you can play with Fat Rolls with no more than 100% of your equip load.

Rings and Talismans also affect the Equip Burden. Some can increase your Equip Load allowing you to carry heavier weapons and armor.