This page of the Elden Ring guide contains tips on how to fight Runebear located in the Weeping Peninsula, namely the Earthborne Cave. You will learn how to fight the boss and which attacks you need to watch out for. This is an optional boss - you don't need to defeat him to complete the game.

To get to the boss, you need to go to the Earthbore Cave. There, going further and further down, you will finally reach the den of the sleeping bear. 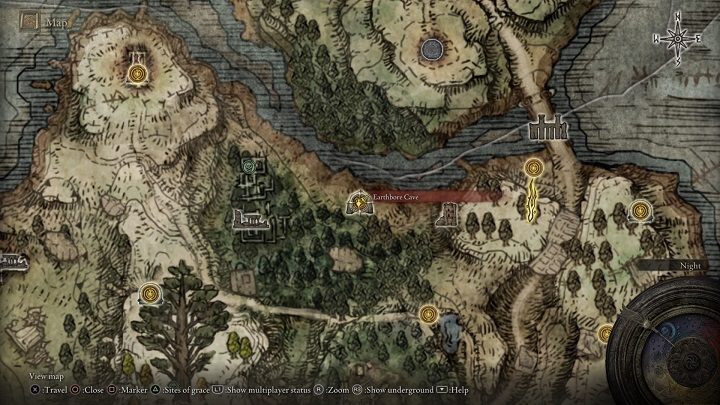 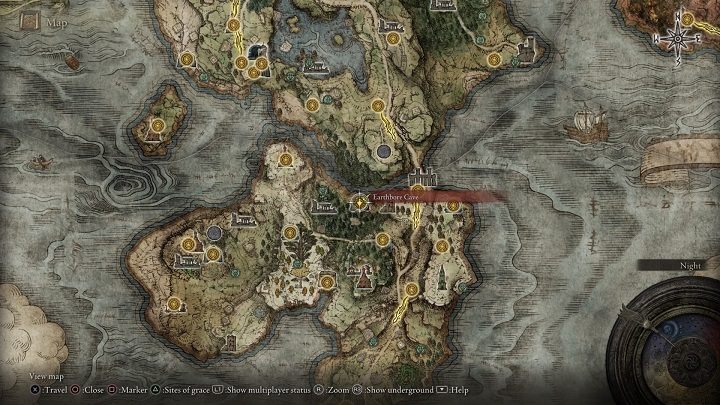 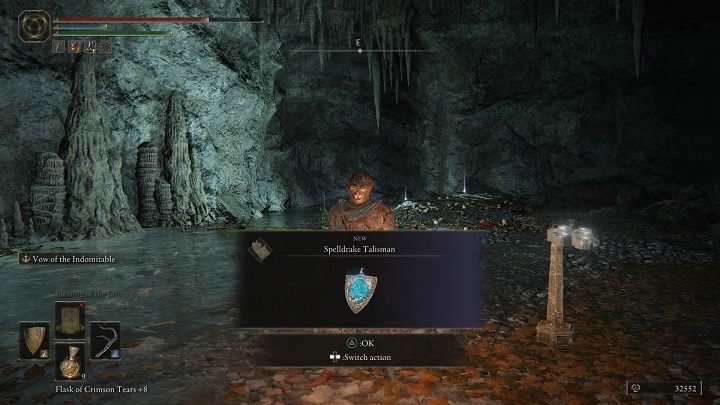 For defeating the Runebear, you will receive the Spelldrake Talisman.

The pit where you are fighting the Runebear may seem quite large. However, you will quickly find that there is little space here. The animal is very fast and can move to the other end of the arena in a fraction of a second. 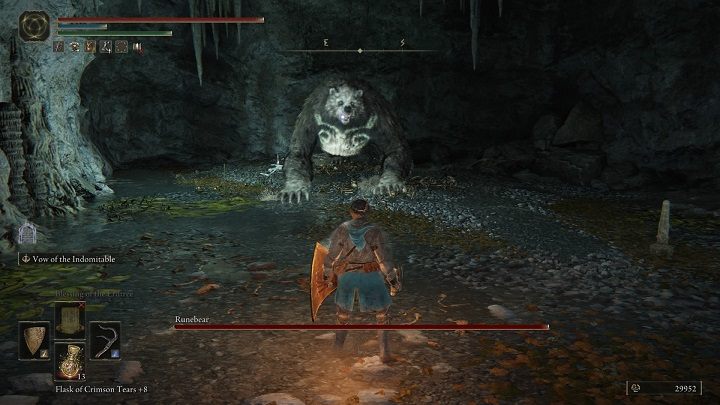 Outside of its maw attack, most of Runebear's attacks work over a specific area. Its main weapon is the front paws - the animal uses them to hit the ground. Dodge towards the boss - this way you will be able to get behind its back as often as possible. Runebear does not use its hind legs to attack.

The opponent shortens the distance very often and quickly, so you have to be ready to perform another dodge. The attack where the boss raises both paws up can be especially harmful. It may try to grab and bite you, or slam you on the ground - both moves can be fatal. 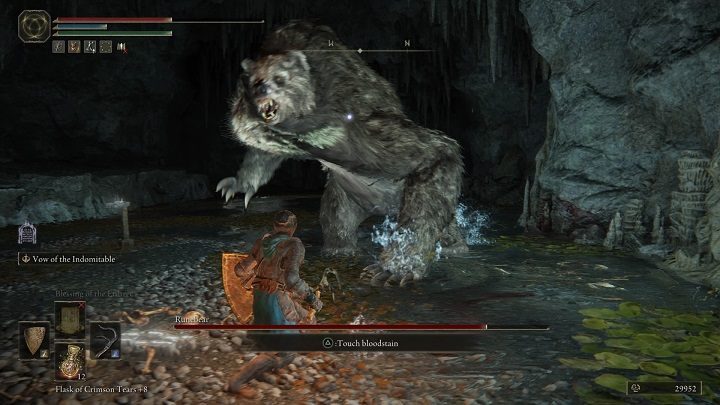 Stay behind its back and attack whenever you can. Also, don't let yourself be led up to the wall, because it will be more difficult to dodge due to the camera. This can be particularly troublesome in this fight. 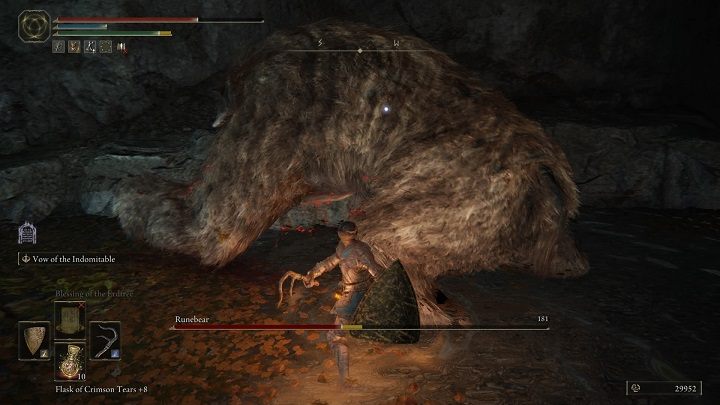 If you need to heal yourself, sprint as far away from your opponent as possible and be ready to dodge immediately. You can use ghosts that will distract the beast, but they can die very quickly. The opponent is susceptible to bleeding, which can also make this battle much faster.