This page of the Elden Ring guide contains tips on how to defeat the boss encountered in Nokron, Eternal City, at the lowest level of the Siofra Aqueduct. Said boss is the Valiant Gargoyle.

You start the battle by dueling a single gargoyle, but another one joins the fray after you deplete half of its health bar. 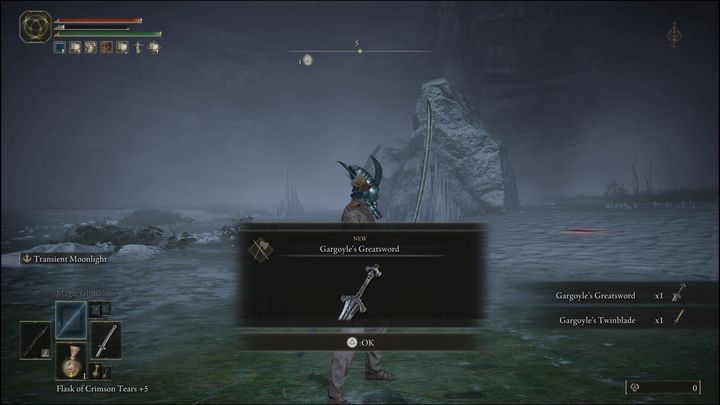 For defeating the Valiant Gargoyles, you will receive their weapons, namely Gargoyle's Greatsword and Gargoyle's Twinblade, as well as 30,000 Runes.

The boss doesn't attack you immediately after you enter the arena. It will be a while before it reaches you. This lets you safely summon the Banished Knight or use spells such as Magic Glintblade, Carian Phalanx or Greatblade Phalanx. 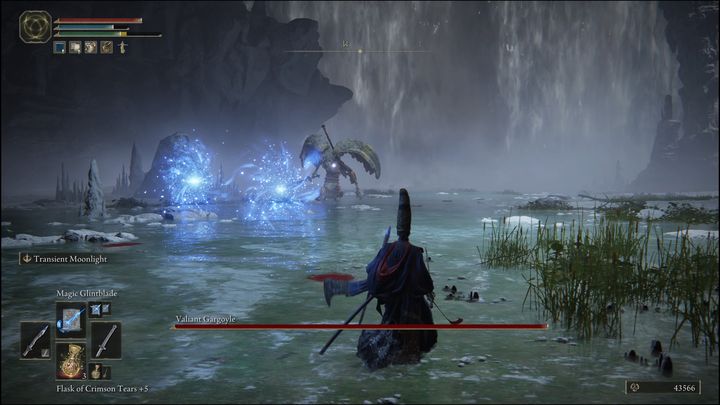 By using these spells you can deal a lot of damage to the boss before it gets close. One it does, dodge its attacks and back away. Oleg should distract the boss at this point. Remember to cast spells when the boss is in the middle of a combo. Thanks to this it's very likely it won't change its target. This will let you stay safe when casting subsequent spells. 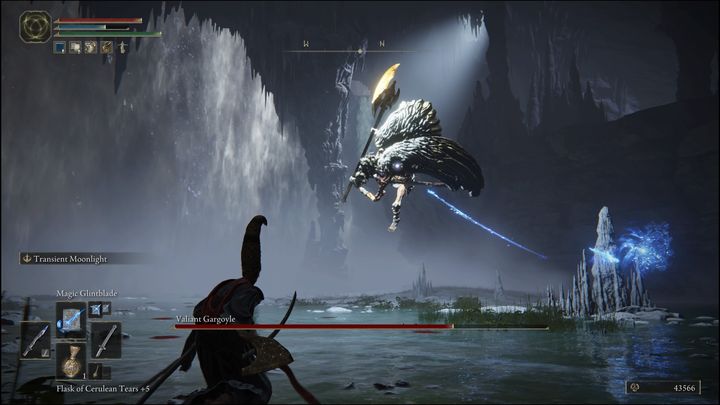 Watch out for two specific attacks which can easily one-hit kill you. One such attack is when a gargoyle flies up. Be patient and don't panic. Dodge as soon as it starts falling to the ground. 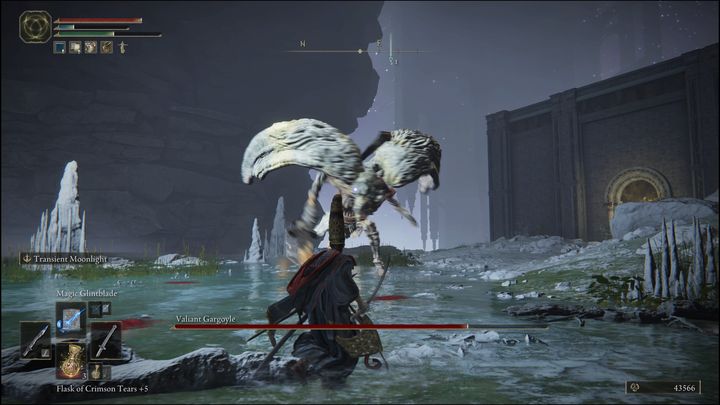 The same goes for its magic attack as well. It will raise its sword up and then strike the ground, creating a shockwave. The spell can still hit you if you dodge too early. 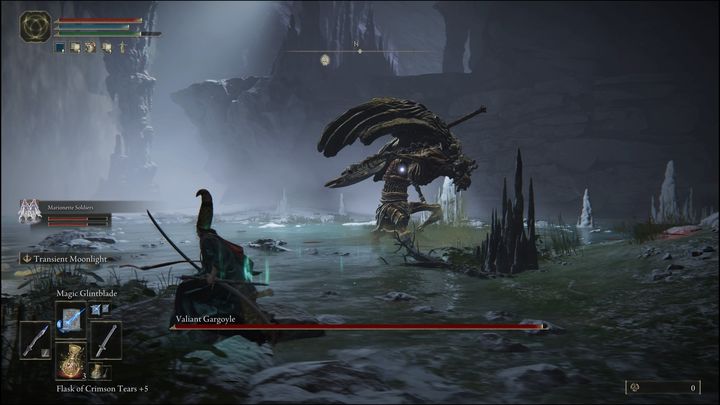 If a gargoyle stands in place, this most likely means its about to cover a large area in poison. You should then move far away from it and cast Magic Glintblade. Because of this attack the ashes of wolves or demi-humans won't be very useful in this fight. The poison spreads quickly and deals high damage. 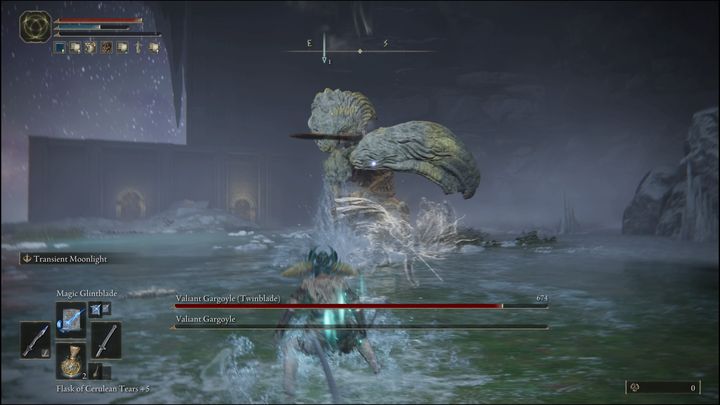 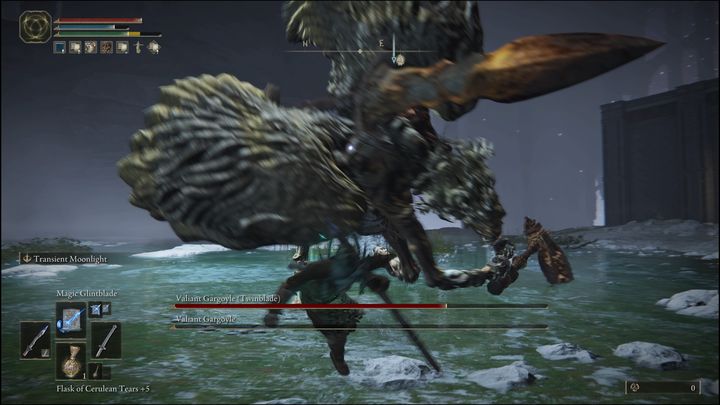 When you cross the fog and enter the arena, you will have a moment to summon the ashes or use some of your items that increase the strength of physical attacks or improve defence against them. It will take a while for the opponent to reach you. 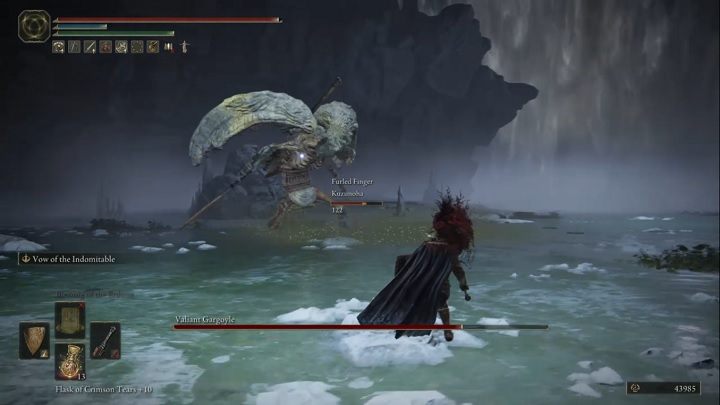 The Valiant Gargoyle will spread poison relatively often - in such case, keep your distance and wait for the poisonous cloud to disappear. You can also move away from it to a larger distance and lure the enemy into a poison-free area. 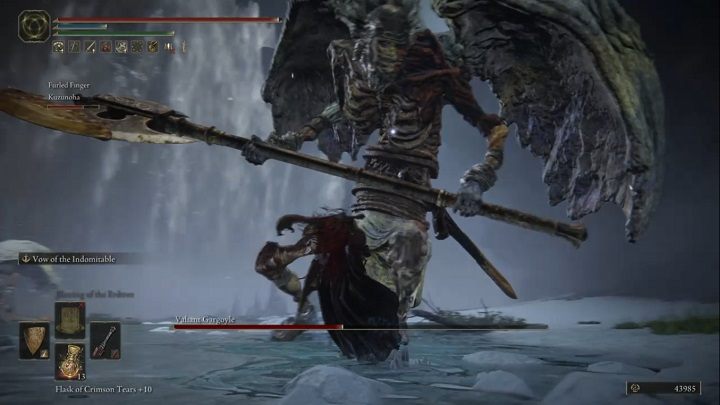 Otherwise, you should stay close to the opponent - either behind his back or between his legs. The enemy attacks forward a lot, and the best way to avoid it is to roll forward as well - this will also allow you to hit him a few times. Move away only when the enemy spreads poison. 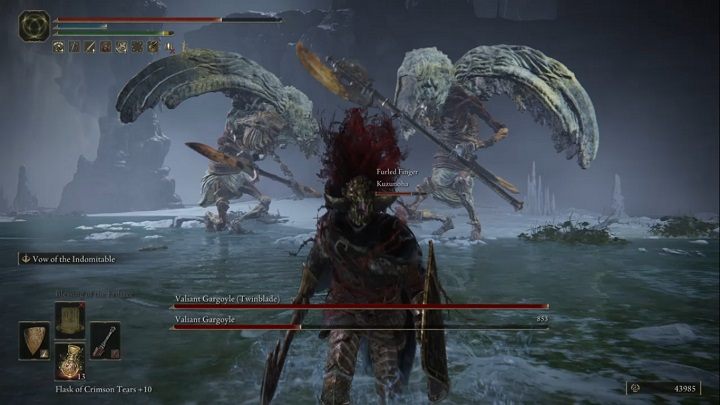 When you remove half of the gargoyle's HP, a second one will fly in. This is a good time to summon the ashes that can take a lot of damage. You should now separate the enemies to finish the first one off. Gargoyles have complex attacks, so avoiding two at the same time can be difficult; you also might not have the chance to fight back. 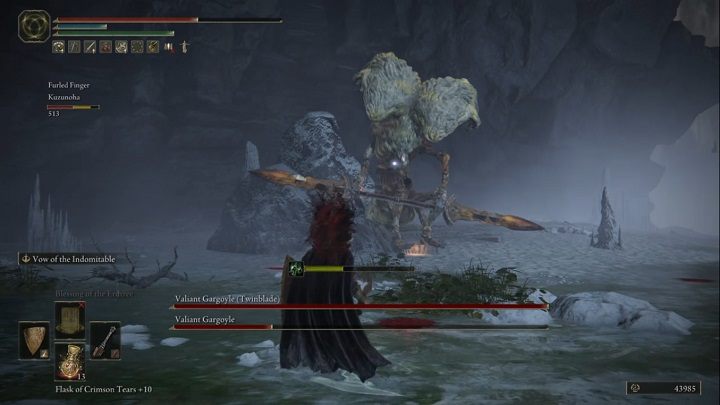 Keep in mind that even if you manage to separate them, you won't have much time to take advantage of it. Gargoyles shorten the distance very quickly - one jump across the arena will do. 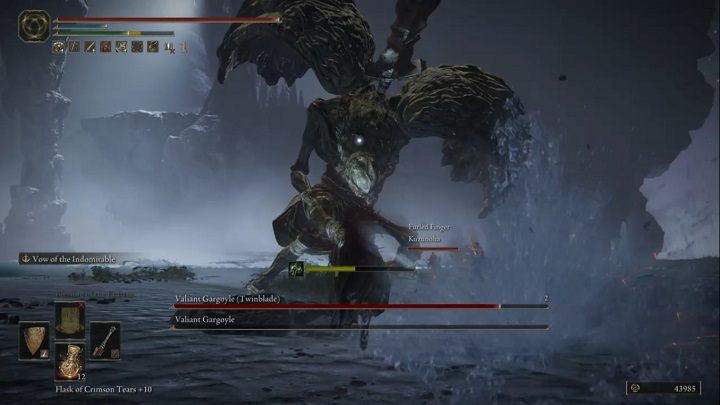 The second gargoyle uses primarily double blades, but also has an axe. the combos he makes with it often end with a hit against the ground, which causes AoE damage. The enemy will also try to trample you down, then immediately use the axe and jump away. Be prepared to dodge a lot, but also attack. 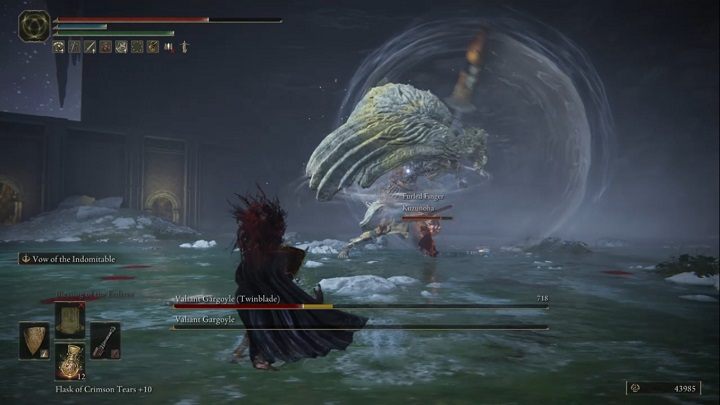 The enemy will also make AoE attacks with his double blades, but in a different way. Sometimes you will notice that the enemy swings the weapon quickly on both sides - after such a move, a short tornado with quite a wide range will appear. You can block it with a shield, although it will take a lot of your stamina. Dodge towards the enemy when a tornado arrives will be a better option (the enemy will also make a horizontal hit at that moment). However, if you don't feel confident fighting the double blades, you can wait for the opponent to switch weapons - he does it quite often.