This page of the Elden Ring game guide contains tips on how to defeat Patches, a boss in Limgrave. You will learn how to fight the boss and which attacks you need to watch out for.

The boss is in Limgrave, in the Murkwater Cave. Patches is an optional boss, not required to complete the game. In addition, defeating him will give you access to his offer. This option will get unlocked when he either surrenders or gets killed by you. 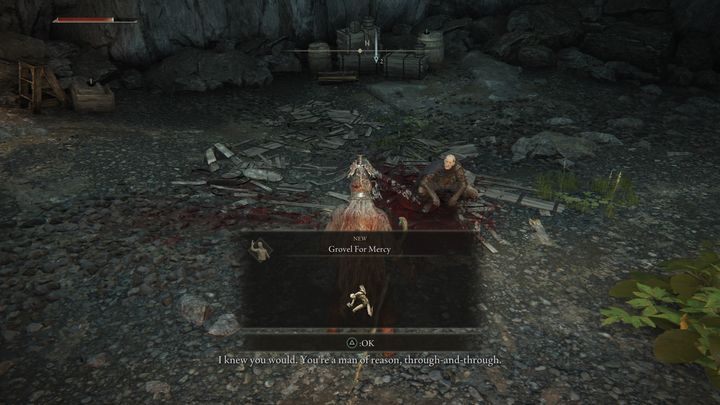 For defeating Patches, you will receive 2x Golden Rune and a new gesture. If you killed him, you'll get a Bell Bearing.

Right after entering the arena, open the chest to start the fight. You will receive armor and pants. After that, you will hear Patches's short monologue. He will then appear in the arena and start attacking you. 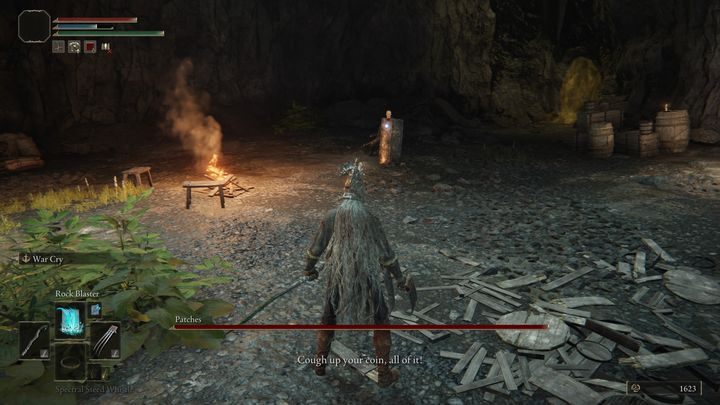 Patches uses his shield frequently to block the attacks. Let him attack first, or provoke him to use an attack that creates a cloud. This is a good time to start casting your spells. 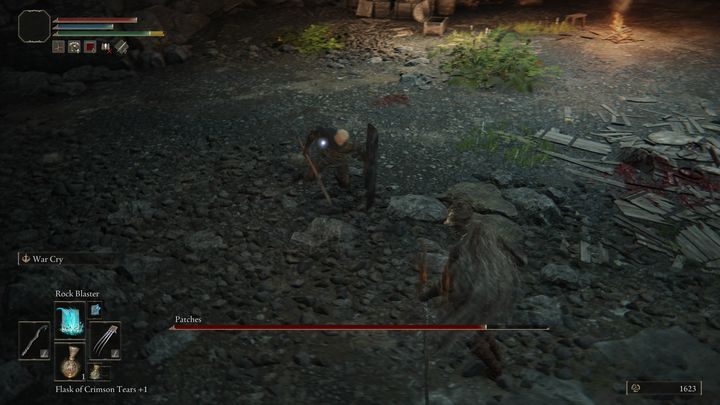 Magic Glintblade works great against Patches. Mainly due to the chosen tactic, consisting in casting three such spells, then approaching the opponent and performing a dodge. Patches will be in the middle of his attack - your spells will deal full damage. 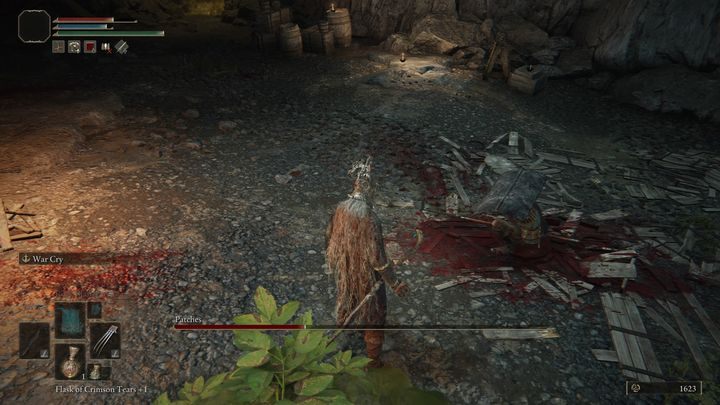 After his health bar drops below 50%, he will hide behind his shield and beg for mercy. If you want to trade with him and hear what he has to say, don't attack him. After a while, a message will appear that the boss was defeated - you will receive rewards and Patches will become a neutral NPC. . If you attack him now, Patches will heal himself and fight again. After killing him, you'll receive the Patches' Bell Bearing, which you can give to the Twin Maiden Husks in the Roundtable Hold. This will also give you access to his goods.

Patches can start the fight by creating smoke that limits visibility. If you fight him at the early stages of the game, it's better not to stay in it. Patches can start with a series of thrusts that can take a lot of HP. The moment when he create smoke is a good opportunity to go around him and do a backstab. 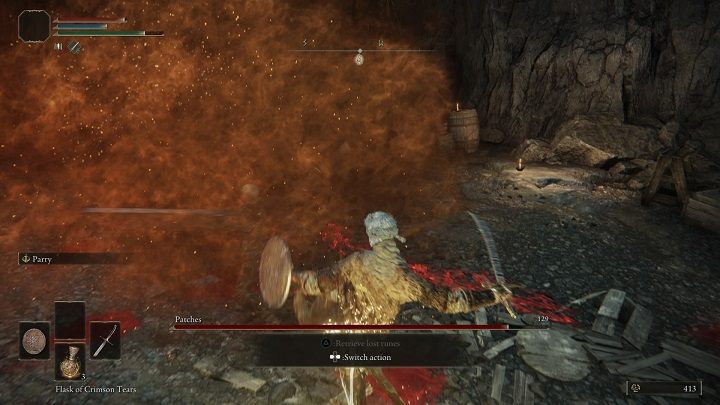 Patches uses a spear and a shield - he stays with his shield up almost the entire fight. However, you can get behind him and do a critical attack. We don't recommend attacking him from the front, as Patches can parry your attack and deal a critical hit. However, it is easy to stop any of his attacks with the right timing. It has to be a fraction of a second after he prepares for a swing. 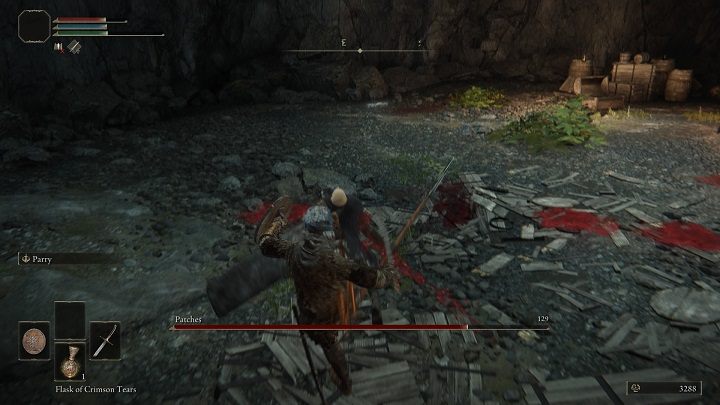 Patches also likes to jump into the air and attack upon landing. It's easy to dodge him and use the opportunity to deal a few hits or - if you manage to get behind his back - a critical hit. Patches loses his balance easily, so strong jumping attacks will also be effective. However, remember to let him attack first and react to what he is doing. This way, you will not give him the opportunity to counter and you will not be exposed to the attacks.