This page of the guide to Elden Ring explains how to obtain new maps, what can be useful in reading it, and what you can mark on it to make your exploration easier.

In Elden Ring, you have access to the map of the entire game world from the very beginning. However, many regions will initially be covered, which may make the map difficult to use. Below you'll find some useful information related to the map in Elden Ring.

How to unlock region maps?

Although you can view the map from the very beginning, it won't tell you much, mainly due to the fact that it initially contains only an outline of the region. You will have to first explore a region and then look for its maps. Once you find such a map, the area in question will appear on the world map with a detailed list of what you can expect in this region. 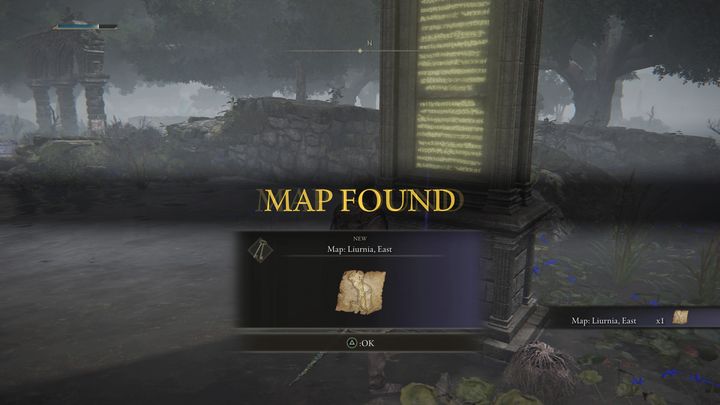 Maps are always located next to large, inscribed stone blocks. You will find maps of the region you are exploring near them. 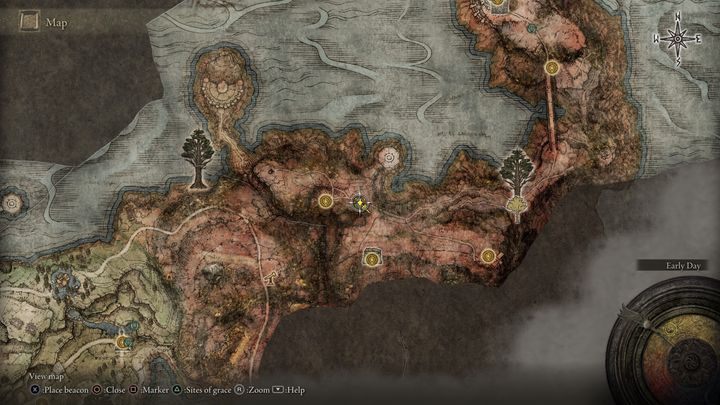 The undiscovered map of the region very often contains a vertical block, usually on the main road. This is a clear suggestion where to find the inscribed stone block and the main map of a given region. Unfortunately, this won't always be visible, as you will have to uncover the map on your own a little for the fog to disappear.

How to read the unlocked map?

Reading the map may be a bit problematic at first, but over time, as you use it more, you will see how useful it becomes for discovering secrets and treasures. 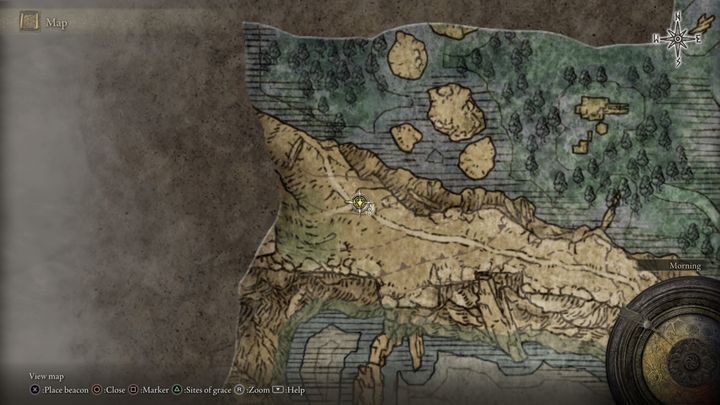 For example, you will often encounter some NPCs or sites of grace on the main roads that are visible on the map. You may discover new enemies or find something useful in forested areas which contain some ruins. Visit the places that catch your eye when you look at the map. This is where you will most often find new items, camps or NPCs.

The map in Elden Ring allows you to mark many places using the available markers (maximum 100). There are several different markers in the game, so you can, e.g. mark a boss fight with a skull or a hidden treasure with a chest or a diamond. 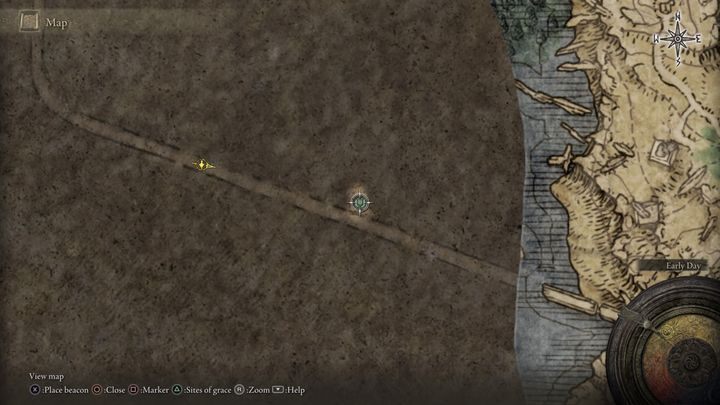 You can also mark your destination - the marker will be visible on your compass and also in the game world when you walk on foot or ride a mount. You can have several of these markers; they are numbered so you won't get confused where you wanted to go in a given order.