The boss can be found in Stormhill, in front of the Stormveil Castle entrance. Margit is a required boss, as he blocks access to the location leading to the Lord, whom you will need to defeat to advance the storyline.

Defeating Margit rewards you with a Talisman Pouch. It increases the amount of currently equipped talismans in your inventory.

Summon a pack of wolves immediately after entering the arena. They will be your best ally in this fight. They don't deal too much damage but can last for a long time and draw the boss' attacks onto themselves, which should let you cast your spells in peace from a safe distance. 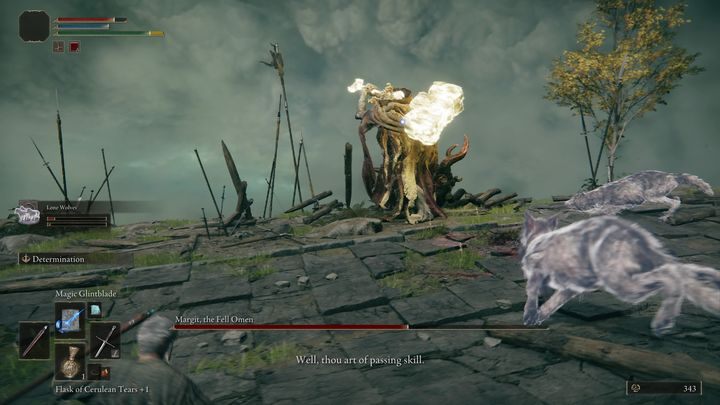 Remember to cast your spells when the boss is attacking the wolves. If you do so, he'll be too busy fighting them letting you damage him safely.

If the wolves die or you choose not to use the summon, Margrit will start throwing two glowing daggers at once at you. After you cast a spell move aside to avoid them. 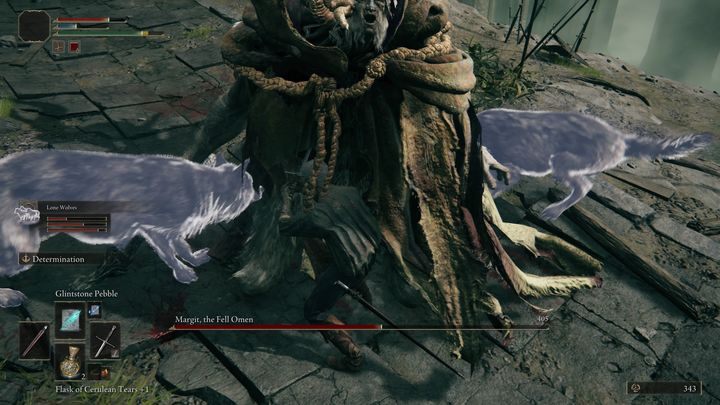 During some attacks you can stagger the boss if he takes too much damage quickly. You can then run up to him and execute a devastating critical hit.

In the second phase Margit uses daggers much more often and jumps up into the air, attacking you with his hammer. In general, you should dodge when his hammer is hitting the ground, allowing you to avoid damage and giving you the chance to retaliate against your opponent. However, if you don't feel up to it, move away from him, as this attack will create an explosion in a small area that also deals damage. It's a good opportunity to back off a bit, heal or regenerate your mana, then cast some more spells. 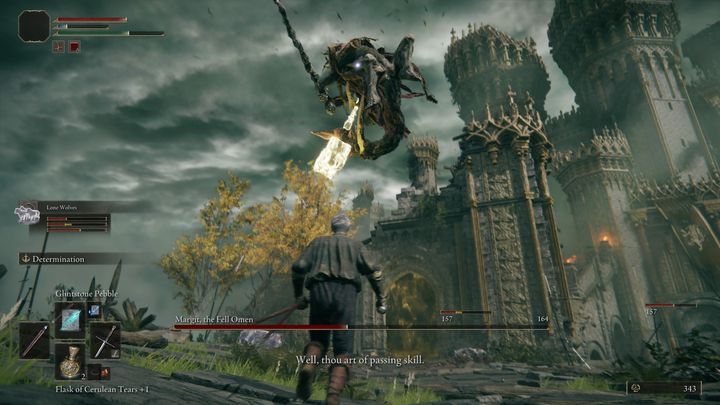 In general, you have to run far away from him, provoke him to use jumps, and after dodging them, retreat to a safe distance and counter with spells.

If you've got Margit's Shackle, you can start the fight by approaching him and using the item. If you additionally summon Rogier or wolves, you will build up the bleeding status even faster, quickly leading to the second stage of the fight. You can only use the shackles in the first phase and only twice. Do not use them when you are far from the enemy and you have no way to attack him. The boss will be immobilized only for 3 seconds meaning you may not have enough time to do anything to him. 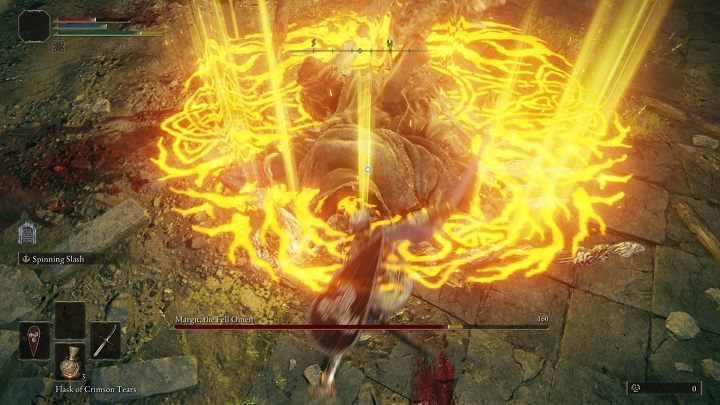 In the first phase, Margit mainly uses his sword - you can block most of his attacks with a shield without taking any damage. The second weapon is a dagger that deals Holy damage - you will get hurt even if you use a shield. At this stage of the game, it is difficult to find a shield that will protect you against this type of attack. That is why it is better to avoid most of his attacks and use the shield only at the end of his combo. 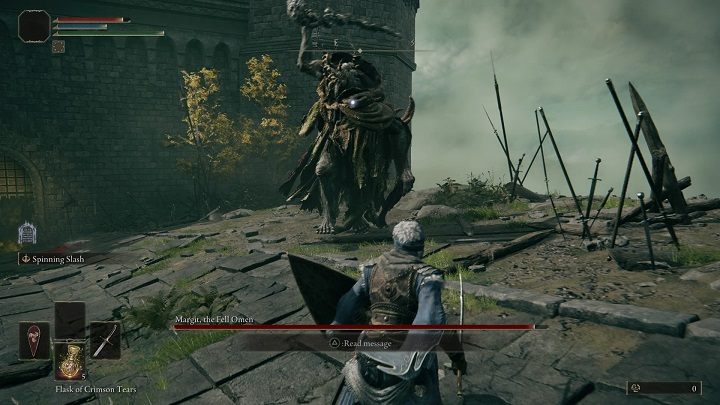 If you are familiar with his moveset and you know how to avoid attacks, try to dodge towards the opponent, so that you will be able to get behind his back as often as possible. This will allow you to perform a few additional attacks - you still have to be vigilant, because when you are behind Margit's back, he likes to wag his tail and sometimes use to a longer combination of attacks. When this happens, move away from him as soon as possible.

In the second phase, you can use the fact that Margit can do a leap attack with the hammer when you are far away from him. This attack is quite easy to dodge and if you find yourself behind the opponent's back, you will have the opportunity to attack. However, watch out for the edges on the sides of the arena - it's very easy to fall into the abyss. 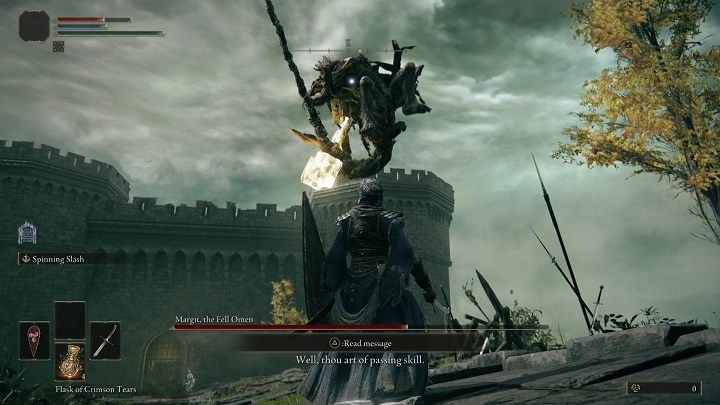 It is best to heal when the enemy is far away and he has just finished throwing daggers - he usually makes this move when there is a long distance between you. If you fight alongside ghosts or Rogier, you will have more opportunities for healing.