This page of the Elden Ring game guide contains tips on fighting the optional boss in Limgrave, the Flying Dragon Agheel. You will learn how to fight the boss and which attacks you need to watch out for.

The Flying Dragon Agheel is located in the northeast of Limgrave, in Agheel Lake. This is an optional boss that isn't required to beat the game. At first, it won't appear the indicated location, but after a brief moment, it will swoop in and kill a large group of basic enemies. 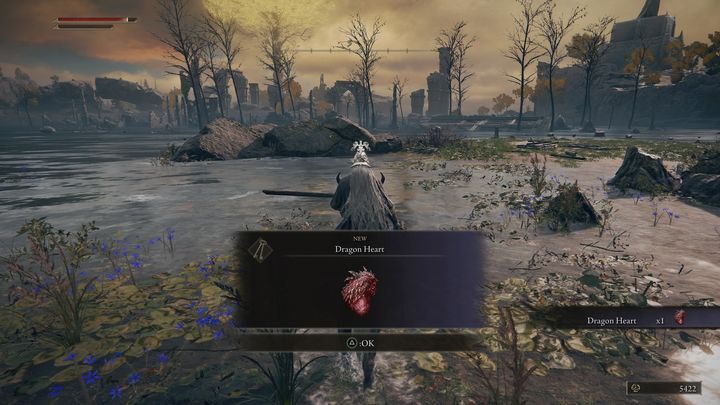 For defeating Flying Dragon Agheel, you will receive a Dragon Heart and 5,000 Runes.

The boss fight is one of the toughest fights in the early game. It's a good idea to wait before challenging the boss until you gain access to your mount, Torrent. 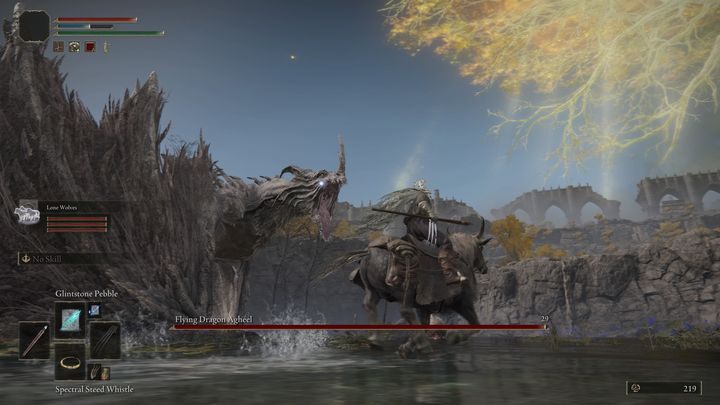 It's advisable to start the fight already riding your steed. You should rather focus on attacking its legs as opposed to its head, unless you have a long-range weapon such as a spear or a halberd. 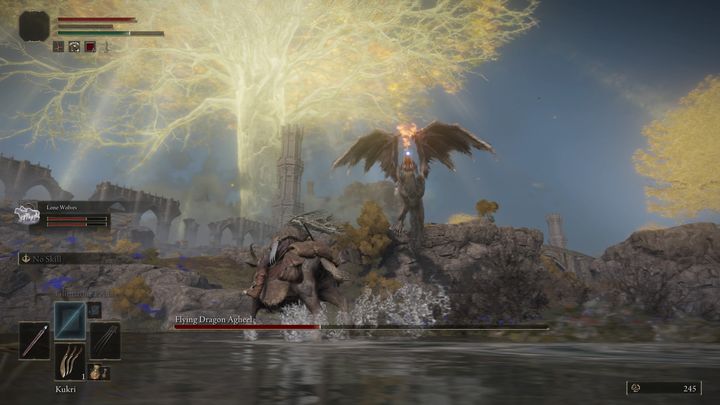 The boss is keen on taking to the air. Keep this in mind, as the dragon has two different attacks initiated by soaring into the skies. The first type of attack is its fire-breath that covers a large part of the location. This is why it's crucial to be on horseback the moment you notice that the boss is in the air and is about to breathe fire. This attack is also the most dangerous, as it can deplete your entire health bar. 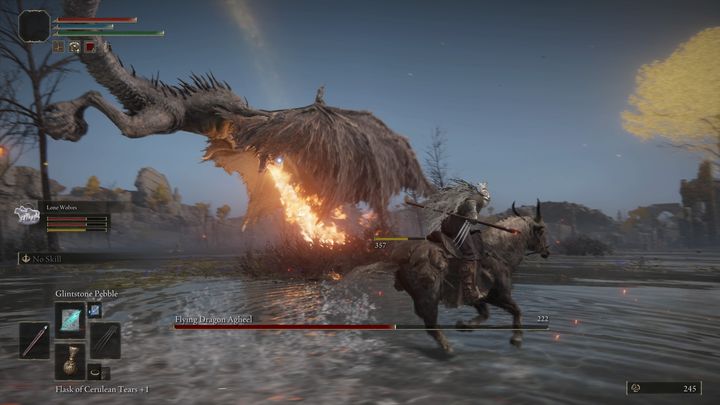 The second attack is initiated in the same way. The difference is that the dragon pauses in the air for a second, then dives to the ground, attacking with its talons. This attack is much easier to dodge, especially when mounted. 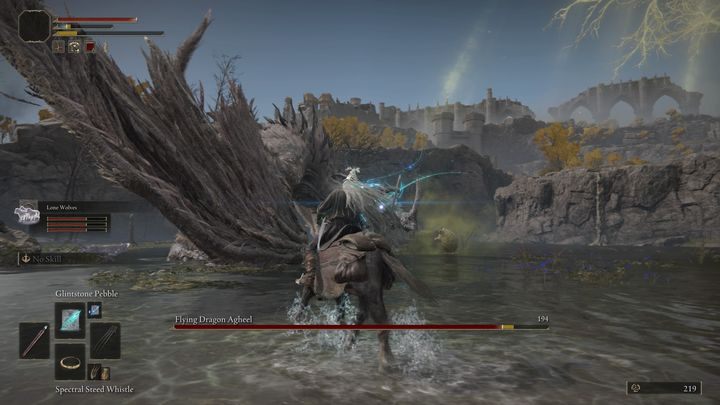 In turn, standing right in front of the boss will provoke the boss to attack you twice with its maw. The best solution is to ride on your mount towards the dragon's hind legs. 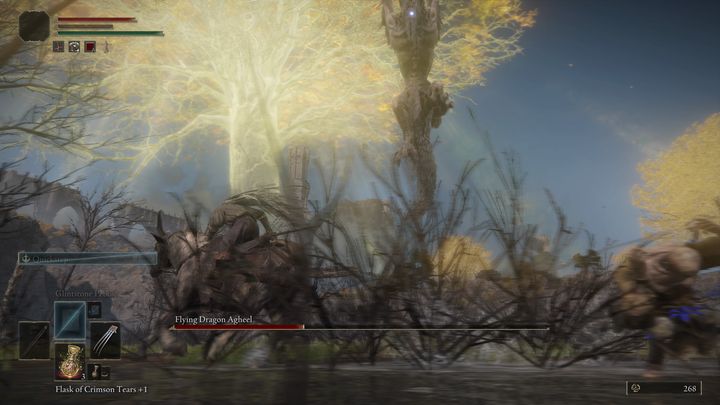 Once you've attacked its legs enough times, the dragon will fall over, allowing you to run up to its head. When close to its left eye, you can perform a critical hit that deals a lot of damage.

Another option is to equip a bow or sorcery while on horseback, which lets you attack the boss from a safe distance and with high mobility.