This page of the Elden Ring game guide contains tips on fighting the optional boss in Limgrave, the Erdtree Burial Watchdog. You will learn how to fight the boss and which attacks you need to watch out for.

The Erdtree Burial Watchdog is a statue with a sword resembling a cat. The boss can be found in Limgrave, specifically in the Stormfoot Catacombs. This is an optional boss that isn't required to beat the game. To reach it, however, you first need to get to the other side of the catacombs to pull the lever that opens the door leading to the boss. 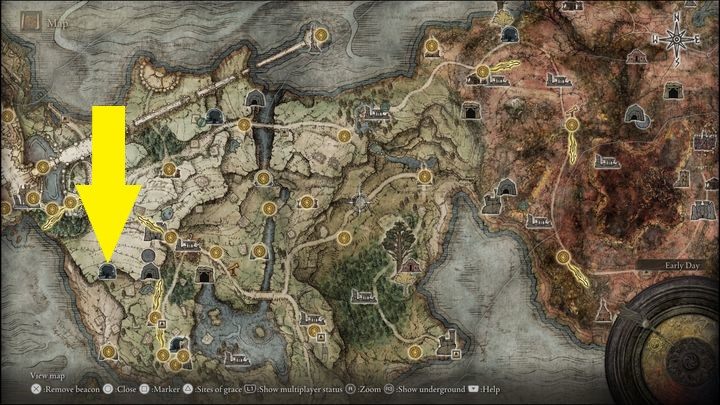 The first time you will meet Burial Tree Watchdog in Limgrave, more specifically in the Stormfoot Catacombs. 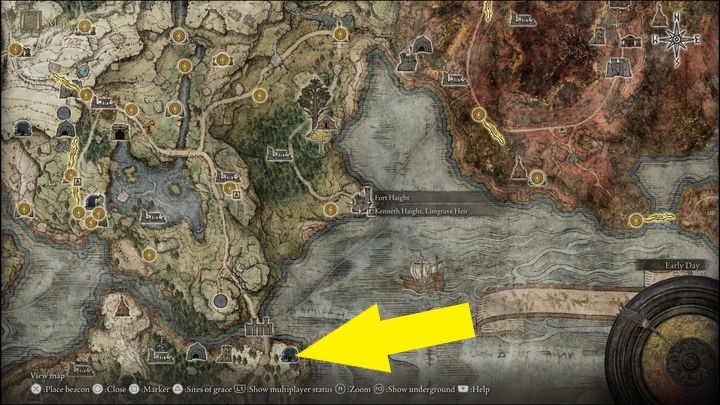 The second version of the boss is located on the Weeping Peninsula, more specifically in the Impaler's Catacombs.

Burial Tree Watchdog in Liurnia of the Lakes: 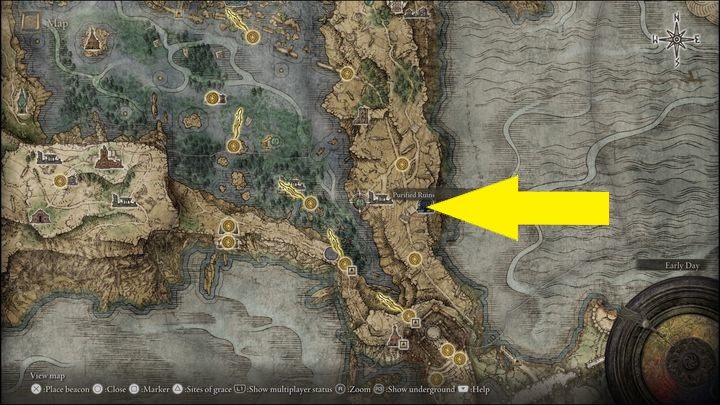 The third version of the boss is located in Liurnia of the Lakes, more specifically in the Cliffbottom Catacombs. 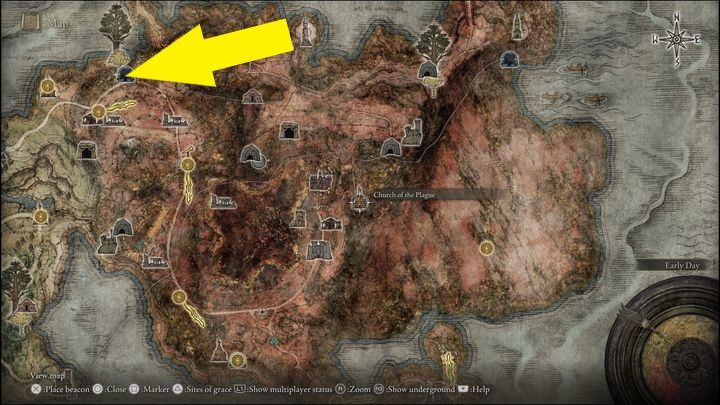 The fourth version of the boss is in Caelid, more specifically in the the Minor Erdtree Catacombs. 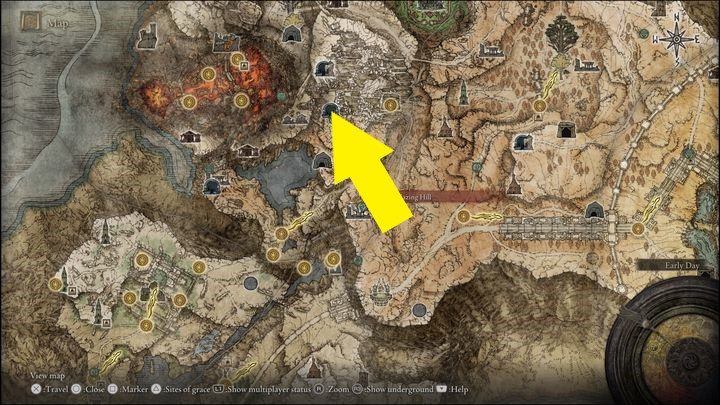 The fifth and final version of this boss is on Mt. Gelmir, more precisely in the Wyndham Catacombs.

For defeating the first version of the boss located in the Limgrave you will receive Noble Sorcerer Ashes and 1300 Runes. 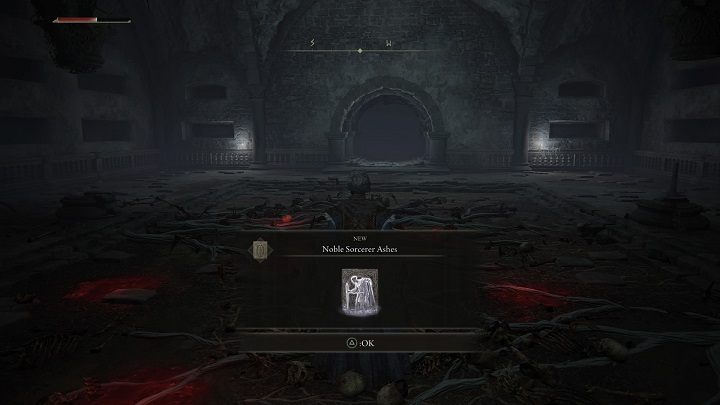 For defeating the boss version of the Weeping Peninsula, you will receive Demi-Human Ashes and 2400 Runes. 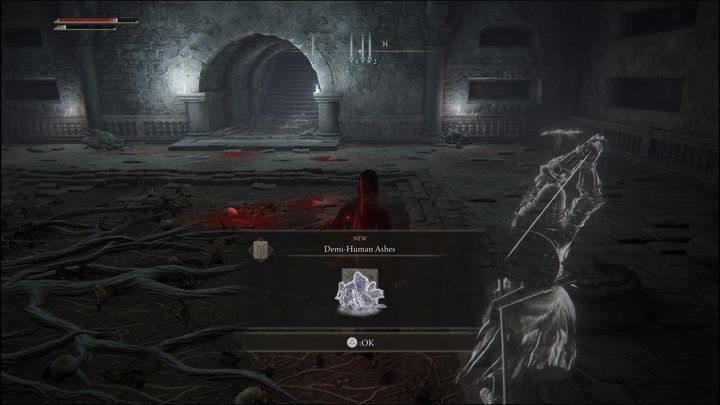 For defeating the boss version of Liurnia of the Lakes, will reward you with Kaiden Sellsword Ashes and 3200 Runes. 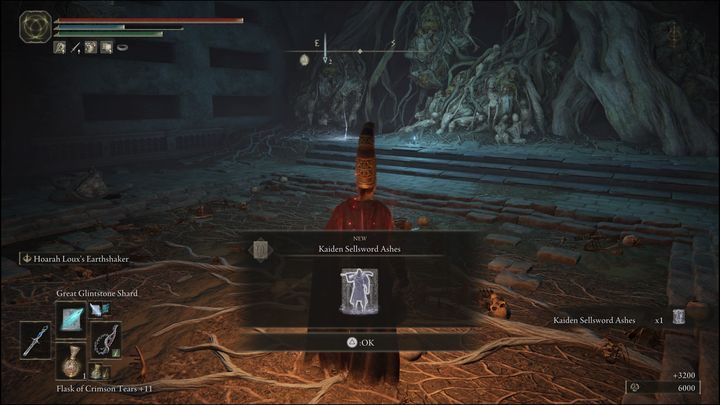 For defeating the fourth version of the boss, which is located in Caelid, and more specifically in the Minor Erdtree Catacombs, you will receive Mad Pumpkin Head Ashes and 7400 Runes. 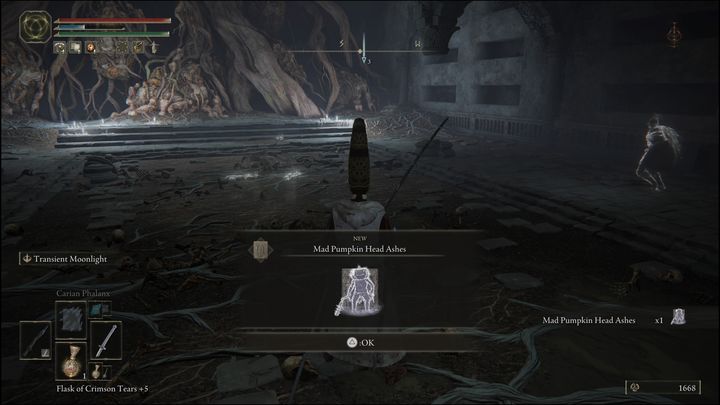 For defeating the last version of the boss, located on Mt. Gelmir, you will receive Glovewort Picker's Bell Bearing [1] and 12,000 Runes.

There is quite a bit of ground between you and the boss, but as soon as the Erdtree Burial Watchdog takes damage, it starts jumping and attacking with its sword several times in a row. This makes ranged combat a bit difficult. It's best to resort to magic when the boss is far away, or if you've just avoided its attack while it was near to you. 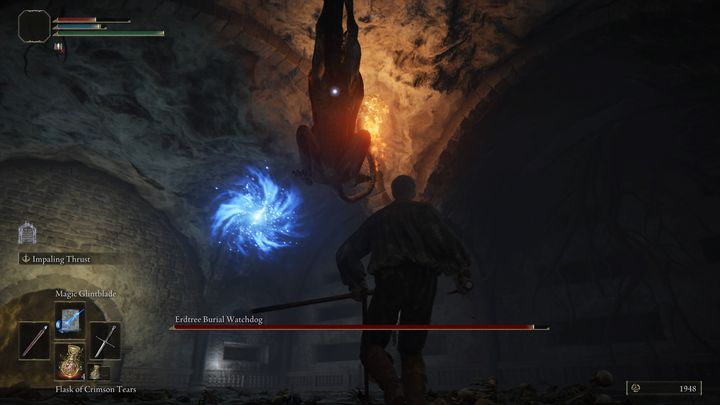 Start running forward when the boss is very close to you and is in the air. Thanks to this, the boss will have to turn around, which will take it a little longer than if you were right in front of it.

If you are standing farther away from the boss, it can also breathe fire. When you see this type of attack, it's a good idea to move away or keep running to the side until the attack is finished. The boss spins very quickly during this attack, so you don't have time to counterattack. 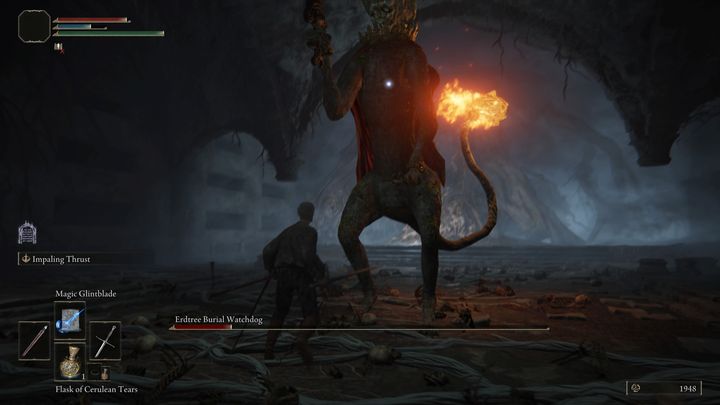 While standing in front of it, the boss will often attack you with linear attacks. It's best to dodge to the side and start retaliating.

Keep in mind that, when landing, the resulting explosion might still deal significant damage to you, even if you avoided the sword attack.

You can also summon ghosts to fight the boss. However, it is not recommended to summon ghosts with more than two units. The boss uses mainly area of effect attacks, so he can very quickly deal with ghosts whose real strength lies in numbers. However, if you do not have the ashes that can summon the Soldier of Godrick or Medusa , it is still worth using the help of, for example, wolves. Even if they don't last long, they should be a good distraction.

The Erdtree Burial Watchdog is quite a tough opponent, so if you don't have a larger weapon, the fight may take a while. Rushing may turn out to be your worst enemy, so don't attack for too long and often. We recommend dodging after performing a maximum of two or three attacks - or one for larger weapons. 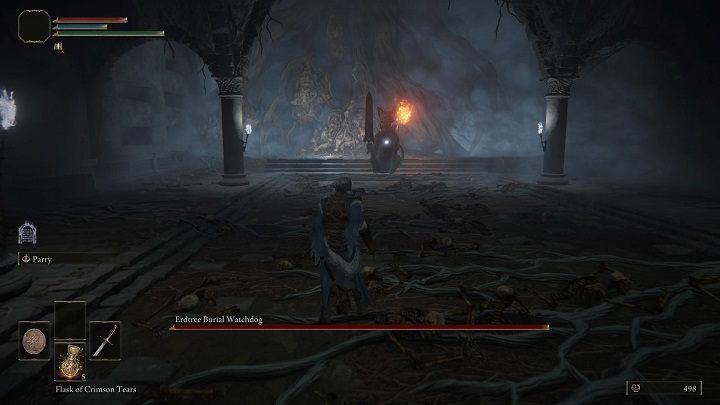 The enemy's most dangerous attack is the one in where he flies up. It is relatively easy to avoid - all you need to do is dodge when the enemy is about to hit the ground. After a successful dodge, you will have an opportunity to attack. However, quickly move away, because the Watchdog likes to choose an attack depending on your position.

This can be a sweeping sword attack, or if you are directly behind him, he can use the tail to attack with a strong fire strike. He can also straighten up and then slam the ground. Good dodges in any direction will help you stay safe. You can also move far away from him. However, the boss can then attack from above. 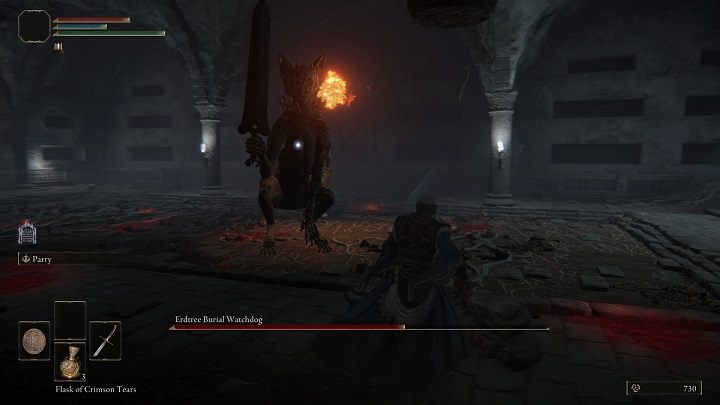 You should also watch out for his fire breathe - the boss will follow you. He does it very quickly, so don't try to attack him. If you have the Flamedrake Talisman, it will slightly increase your fire defense and thus your chance of survival. 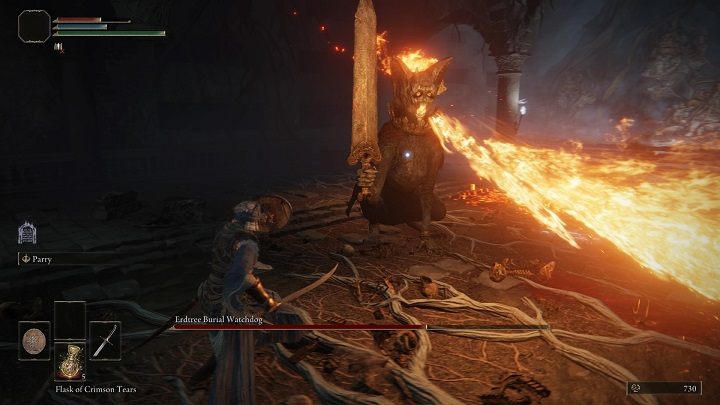 Remember that it is best to use healing right after dodging an attack, or when he is doing a combination of attacks while you are far away from the boss.