This page of the Elden Ring game guide contains tips on fighting the optional boss in Limgrave, the Tree Sentinel. You will learn how to fight the boss and which attacks you need to watch out for.

After completing the tutorial, you will find yourself in a new location known as Limgrave. From there, while heading to the first Site of Grace and meeting the NPCs, you will notice a knight patrolling the area, clad in golden armor and on horseback. This is the Tree Sentinel. Once you approach him, he will attack you immediately, and the usual boss health bar will appear at the bottom of the screen. 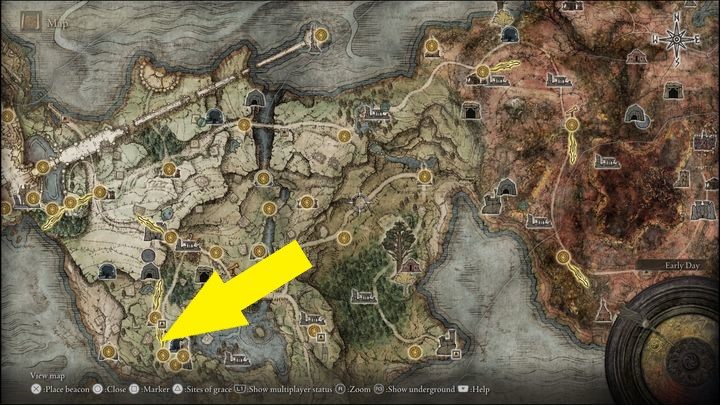 You will meet the Tree Sentinel for the first time in Limgrave, near the first place of grace, The First Step. 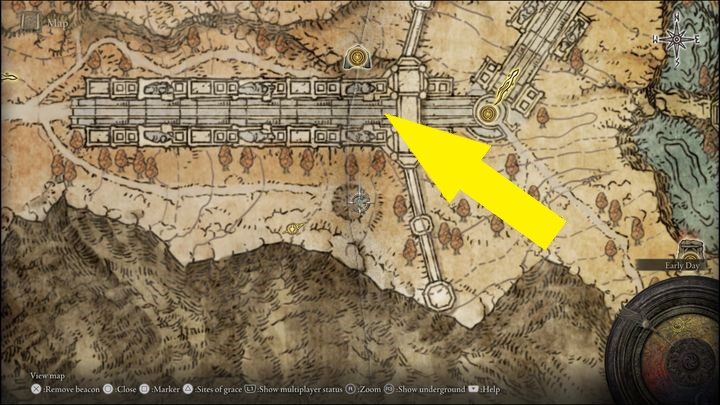 The second version of the boss is located between the Altus Plateau and Leyndell Royal Capital. Tree Sentinel Duo are located at the western gate leading to Leyndell. 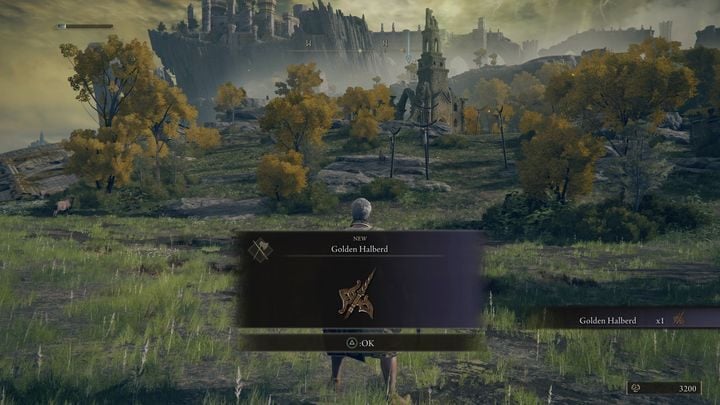 For defeating the boss version in Limgrave, you will receive his weapon, the Golden Halberd, and 3200 Runes. 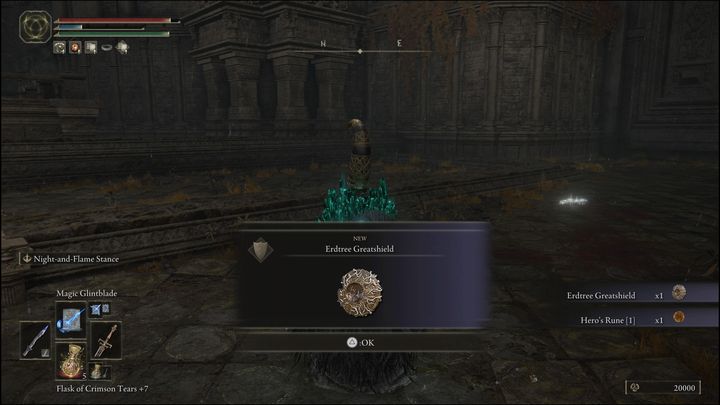 However, for defeating the duo in Leyndell, you will receive Erdtree Geatshield, the Hero's Rune [1], and 20,000 Runes.

First, you should think about what spell to use against the boss. It is definitely worth giving up the spells that fly towards the enemy immediately after use. The main reason is that the boss, seeing that you are starting to cast your spell, will cover himself with the shield that deflects magic attacks back at you.

It's also a good idea to allocate as many bottles of Cerulean Tears as possible so that you can frequently replenish your mana. Leave yourself as few bottles of Crimson Tears as possible, because in the initial stage of the game, the Tree Sentinel will be able to reduce your health bar to zero with most attacks, so it's not worth having more than one HP recovery bottle. 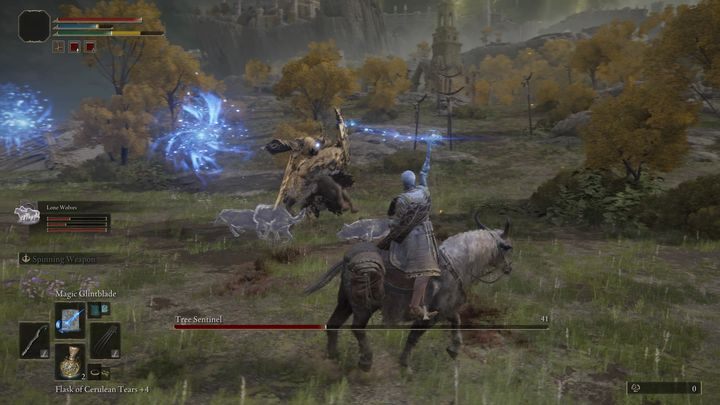 A much better idea will be to use spells that last a bit longer, such as the starting spell of the Prisoner class - Magic Glintblade. This will cause the boss to start protecting himself with the shield at the time of casting, not when the projectile actually materializes and attacks.

A great solution will be to fight the Tree Sentinel as soon as you get access to Torrent. Fighting on a mount as a mage will make the fight much easier. Mainly because the boss also moves on horseback and is very fast. With Torrent, you can escape just as quickly while casting spells. 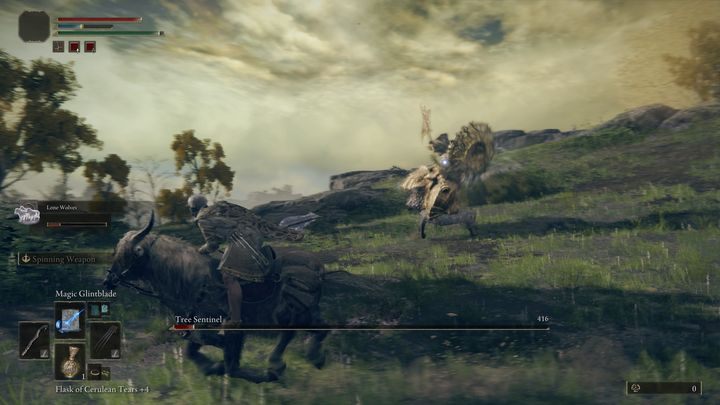 Before the fight, you should also summon wolves. You will gain access to this summon when you meet the Snow Witch at night in Limgrave, Church of Elleh. Wolves can withstand even the Tree Sentinel's more powerful attacks, and are also perfect for distracting the boss, allowing you to cast spells from a safe distance. What's more, they make the boss reluctant to use the shield that deflects spells.

Remember to equip your staff while on horseback - you will be able to fight with your right-hand weapon (Triangle + L1 for switching weapons while mounted).

The Tree Sentinel attacks have a varying pace, so you may have some trouble dodging them. The opponent combines different attacks together, so his combos may be unexpected. Therefore, try to block most of his moves with a shield. 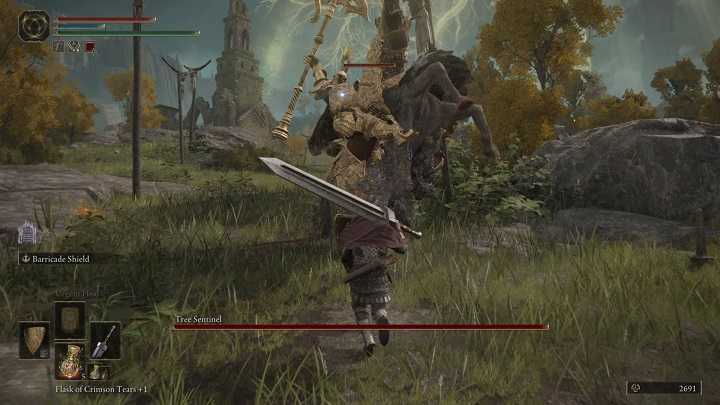 You can summon spirits to help you in combat. Wolves will be a very good choice for this fight because they will distract the enemy. If you retreat far enough, the Tree Sentinel will focus mainly on attacking the wolves. You can then sneak up on him from behind and hit him quickly once or twice. Then move away to avoid the boss's counterattack.

In this fight, strong jump attacks will also work well, as they allow you to quickly break the opponent's stance. You can safely use them when the boss is occupied with wolves. A few such attacks will quickly allow you to make a critical hit and deal a lot of damage to the boss.

In the second phase of the fight, the Tree Sentinel will leap into the air and forcefully hit the ground. You have to be especially careful in close combat. The striking distance is larger than suggested by the animation and the attack effect, so make sure you're far away from the enemy. If this attack hits you, it can kill you instantly and end the fight. Even if you think you're far enough, you can still roll backwards when the Tree Sentinel performs the jump attack. 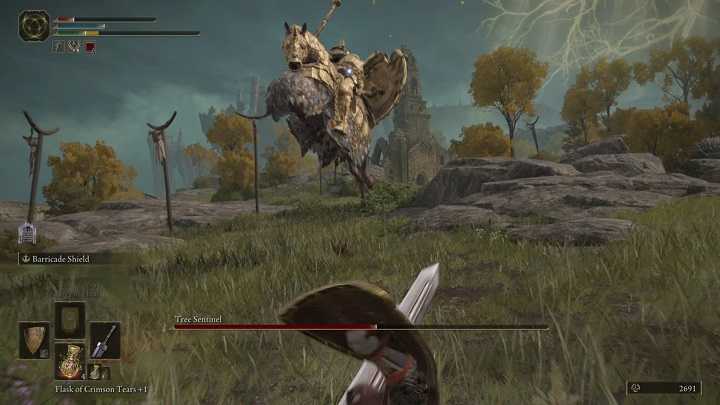 Keep your distance when you see the Tree Sentinel jump into the air. Attack when the enemy finishes his combo. If dodging is a problem for you, focus on shield defense. Keep doing so until the boss finally dies.