This page of the Elden Ring game guide contains tips on fighting the first tutorial boss in the game, the Soldier of Godrick. You will learn how to fight the boss and which attacks you need to watch out for.

The Soldier of Godrick is the first boss and is meant to test the skills you've acquired during the tutorial. To be fair, this boss isn't much different from regular opponents, except that it has a unique name and a long health bar. 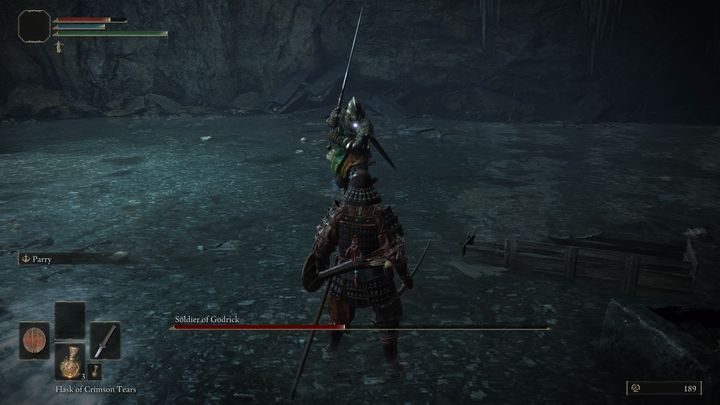 The Soldier of Godrick has several attacks that are obviously telegraphed: