This page of the Elden Ring game guide explains how to efficiently use the gestures that you learn during the game for completing tasks or defeating certain opponents.

Gestures are used not only to communicate with players online, but also with some NPCs. Some players even use them to dodge certain enemy attacks. Moreover, in very rare cases, gestures can be used to activate special events in the game. For this reason, pay attention to what the NPCs are saying, or at least what the statues are trying to show you. If you recognize a pose, it's a good idea to use the same gesture. 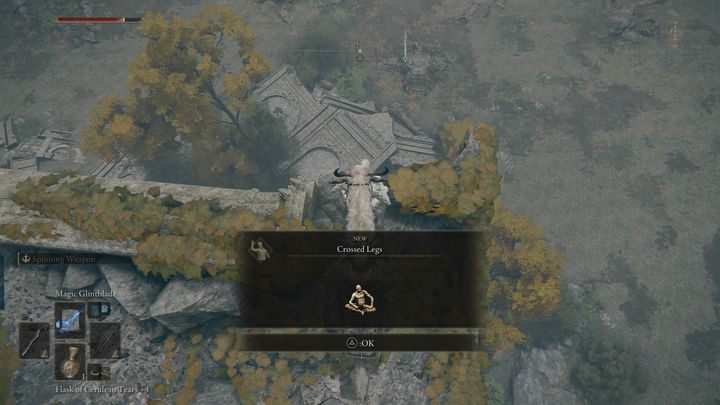 Gestures can be activated in two different ways. The first way is to open the game's main menu with the corresponding button (Options button on PS5 controller). Then, on the right side, you'll find the gesture selection menu. From there, you can select the gesture that you want to activate, or switch out a gesture you don't want for another.

The second method is similar to the first. When you enter the menu, you will see the corresponding controller motion. Under each gesture slot, the motion of the controller is different. This allows you to use a given gesture without entering the menu. To perform a gesture without entering the menu, hold down the interaction/picking up items button (Triangle on PS5) and then make the appropriate motion with the controller.