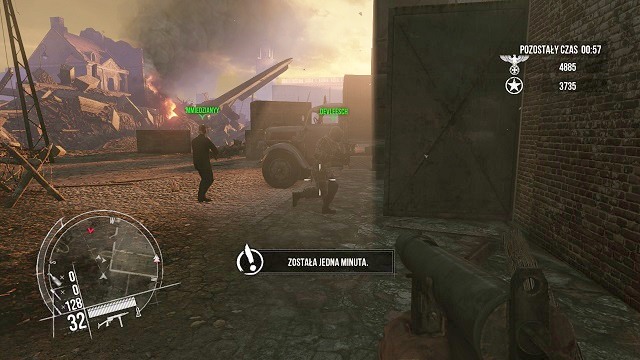 Enemy Front, besides an extended single player campaign, and an additional story, offers the players the a rather humble multiplayer gameplay, consisting of a three different game modes (one server can hold up to 12 players).

1. Deathmatch is the traditional game mode, in which all the players fight each other, until a set timer expires. Each kill on the enemy is scored, and the player with the most frags wins the whole match.

2. Team Deathmatch is the second possible game mode in the game, in which two teams struggle gain more points than the enemy team (the points are awarded for kills done on the enemy), before the set timer expires.

3. Radio transmission is the last and at the same time a rather original game mode, in which two teams try to maintain radio connection between two receivers, for a set amount of time. The team who is able to hold both of those receivers and prevent them from recapturing wins the game. 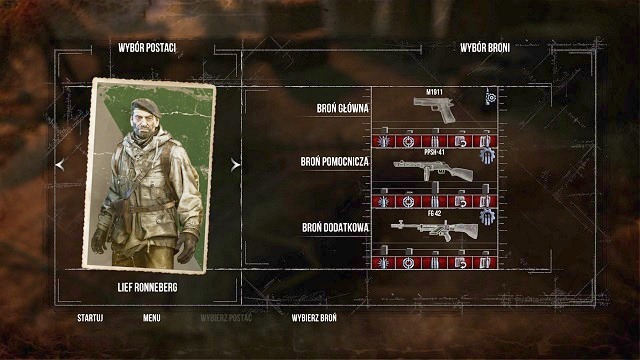 I always wanted to play the old Norwegian.

In Enemy Front, regardless of the set game mode, you will be faced with the choice of a character you want to be playing with during the game, as well as the equipment you will be using to exterminate the enemies. What's crucial, all the characters differ between themselves only in terms of aesthetics - they don't offer any different offensive characteristics, or predispositions. You can choose from Kozera, Dietrich, Ronneberg, as well as from more common units, like German soldiers or even a Polish messenger.

As far as the equipment goes, the differences are more noticeable. Each weapon in the game differs from the other in some aspects, and belongs to one of the three main groups. You can distinguish the main weapon category (pistols of all sorts), auxiliary (which is used most of the time) and additional weapon category (for special occasions). To equip your character with a carefully chosen item, you don't have to unlock anything at all, or collect virtual (or real) money. All the equipment available in the game is unlocked from the very beginning. 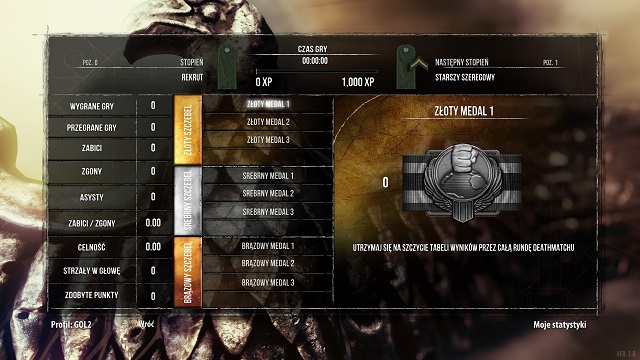 A gold medal - that's what you should aim for.

In Enemy Front there's a substitute of a character development - or, to be more exact, of user's profile - but it's targeted solely on the prestige and unlocking higher and higher achievements, medals and military ranks. Gaining higher ranks, and hence new experience levels, doesn't determine your overall strength, or endurance of the characters you decide to play with. All of the achievements, awards and saved stats are only used to certify the time you spent in the game playing with other players.

This site is not associated with and/or endorsed by the CI Games or CI Games. All logos and images are copyrighted by their respective owners.