This unofficial Dying Light game guide is a complete solution about how to survive while going through the city of Harran. The first chapters of this guide contain a game world atlas, explain the most important aspects of the game and also contain a lot of tips and strategies on how to act in particular situations. In these chapters, you will learn about moving around the city (parkour), fighting or avoiding fights, character development (how to pick the best skills from given categories), obtaining and upgrading your equipment, the types of enemies that you will encounter (both living and undead), crafting (repairing weapons, using schematics, etc.) and the rules of exploring the world (safe zones, the night and day cycle, vendors, etc.). The second large chapter is the walkthrough. Here, you will find descriptions of the missions in the main campaign, but you can also read about the side quests and the challenges available (clearing quarantine zones, time challenges and others). The next chapter contains information about the secrets (collectibles) that can be found in the game world, specifically Statues, Flags, Voice Mails, Notes and Marvin Zucker's Battle Journals. Many of the pages in this guide contain high quality maps of the main locations in Harran, which will make finding a given mission or Collectible easier. In the last part of the guide, you can find information about the Achievements and Trophies and also about system requirements. Dying Light, produced by Polish studio Techland, clearly refers to Dead Island game series. This time, we move to a fictional city called Harran, where a mysterious virus is spreading, turning people into monsters. The night and day cycle is an important aspect of the game, because at night, the most powerful mutants come out to hunt and the player must be very careful. 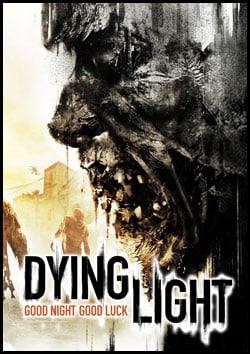 Dying Light is an action survival horror game with an open world. The players assume the role of one of four heroes in a city bearing resemblance to Rio de Janeiro and thus having the rustic look of its slums. The population of the metropolis has been infected with a mysterious virus that turned it into zombies.

During the day, zombies are not very active but at night they turn into bloodthirsty beasts, therefore the game is divided into two parts: freely exploring the surroundings looking for raw materials and weapons, and when the night comes, desperately trying to defend oneself from an aggressive horde of zombies.

In Dying Light the players fight mutated humans primarily with melee weapons, firearms are rare. A great emphasis was also put on the creation of an extensive system of equipment so the players can combine seemingly useless things with the chosen weapon, gaining a damage bonus in this way.

The characteristic feature of the title is the movement system inspired by the work of EA DICE – Mirror's Edge. The protagonist can jump from building to building with an incredible grace and agility worthy of the best parkour people. The dynamic day and night cycle, in turn, ensures that the gameplay is not simply a bloody and merciless slaughter of mutants.

Dying Light is powered by the sixth-generation Chrome Engine. It generates high-level graphics and enables the use of advanced DirectX 11 options. The storyline mode can be played solo or, just like in Dead Island, over the Internet with up to four friends.

Can Zombie Exist? A Serious Look at Possibilities

We're players, so we know getting ready for a zombie invasion is necessary. Shotguns, batons and flamethrowers are not everything  after all, the most important thing is to know the enemy and their weaknesses. This site is not associated with and/or endorsed by the Warner Bros Interactive Entertainment or Techland. All logos and images are copyrighted by their respective owners.