The following page of the Dying Light 2 guide contains a description of the death-loop bug. This problem occurs after performing certain quests and corrupts the save file.

Note - This bug may not appear in your game. Some bugs and issues are specific to certain game versions and particular gaming platforms. Additionally, many of these bugs should be fixed in the coming patches, released after Dying Light 2 launches. 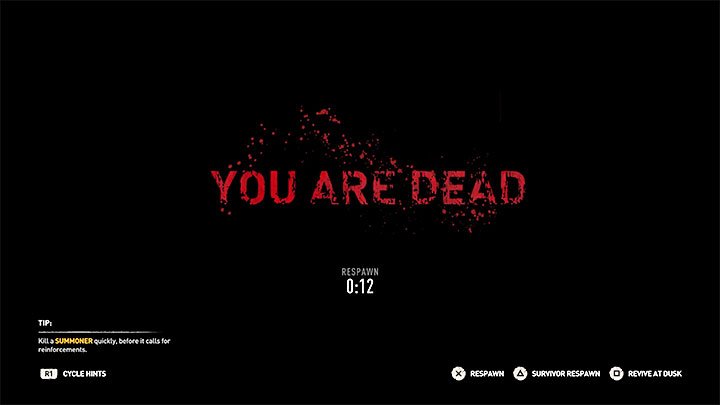 This bug most often occurs after the end of the Broadcast main quest . It can happen in both single and co-op modes. Due to this bug, the character dies if he leaves the mission area. The problem is that some of the quests take place in special zones, and after leaving them, the player has only a few seconds to return. However, after death, the character may appear in a different place, and he will not have time to return to there.

After dying, the hero will constantly respawn in the same place and thus be caught in a loop of continuous deaths. In this case, reseting the game or console will not work.

It is worth noting that Dying Light 2 does not permit you to make a manual save of the game, and each one automatically overwrites the previous one. As a result, it is impossible to choose another save to get rid of the problem.

The developers are aware of the problem and are working on solving it. Although, according to them, patches 1.0.4 and 1.0.5 should solve the problem on PC and 1.0.4 on consoles. However, if the problem continues, there is an option on the PC to respawn in the mission zone. However, this is not available on consoles.

Soon, the game will have an option to create a backup, which will allow you to return to important story locations in case of this kind of situation.

It is also advised not to turn off the game, stay in the mission area, and not die during quests with a specific zone.

In case of getting stuck in the death loop, the creators ask to contact their technical support page directly.